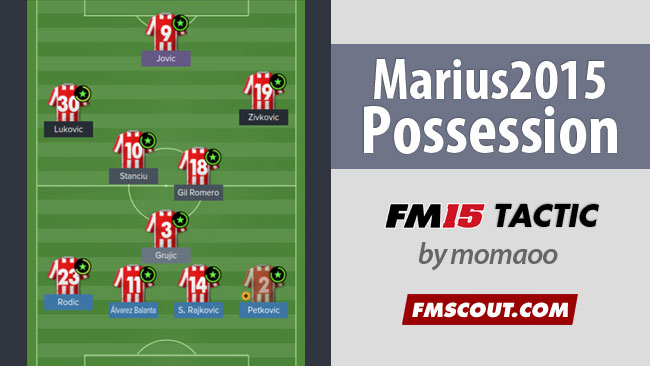 Marius was Roman Conzul, the Uncle of Julius Caesar. His goal was domination in military reforms, tactics in battlefield that control the battle, he was always victory hungry and that is why this tactic bears his name!

The tactic is all about possession play with short passes and passes in space which will give the final touch in finishing movements.

Because this is fairly narrow mentality tactic, Run at defense will give the extra touch on unpredictability and stabilize tactic with stubborn defenses.

It is about wing play on both sides and wings are the main attacking and chance creating mechanics of your team. Also player roles are maximum balanced giving this tactic a boost! Counter attacking play is also provided,this is by far the most complete tactic that I ever made!

If you want control with good creation of clear cut chances, this is the tactic for you. It's a pass and move tactic with occasionally running wit the ball movement.

The lone striker is a special player and he will score lots of goals; my young striker Jovic scored 36 goals during the first season! 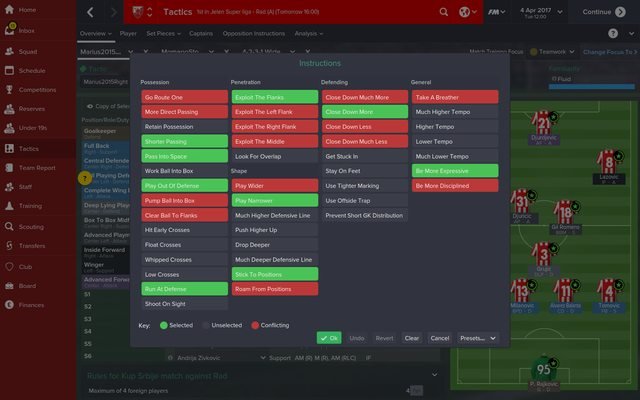 47 comments have been posted so far.