First of all, I would like to apologize for my English and for the French in the screenshots.

I am a huge fan of fantasy databases. This one I made (with the help of other people) during the last months. I hope you will enjoy it, at least as much as I enjoyed creating it. I call it the Gaia project.

The Gaia project brings you to an alternate universe where there are no more the players and the competitions we used to know.

320 clubs have been created and separated in 16 new countries.
Each team has a particularity, it generates newgens with dual nationalities (one nationality from Gaia and one real nationality).

The 16 countries of the update can be separated in 2 categories:

1) The ones with nationalities according to geographic repartition

2) The ones with nationalities according a specifity (Cultural, Geopolitical...)


In summary, this update contains:

But mostly a complete graphic pack including flags, logos, kits and faces of the created items.

Take note that this graphic pack (and the update) represent more than 6 months of (more or less) hard work from all these members.

18 files, 1 for each country, 1 for continental competitions, 1 for international competitions to place in the editor data folder:
Use the big red "Download Now" button.

- Choose the 18 files during database creation (use the default one!)
- Choose the Gaia countries you want (I suggest you all of them for a total immersion

)
- Tick the option "Add players to playable teams" in the leagues choice.
- Enjoy !

Including flags, logos, kits and faces to place in the graphics folder:

All feedback is welcome (especially the positive remarks).
It would be great if you could let us know of your adventures in Gaïa World here.


Some screenshots as bonus (in French language). 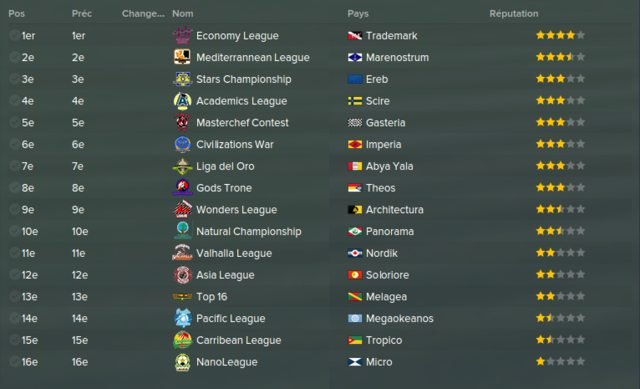 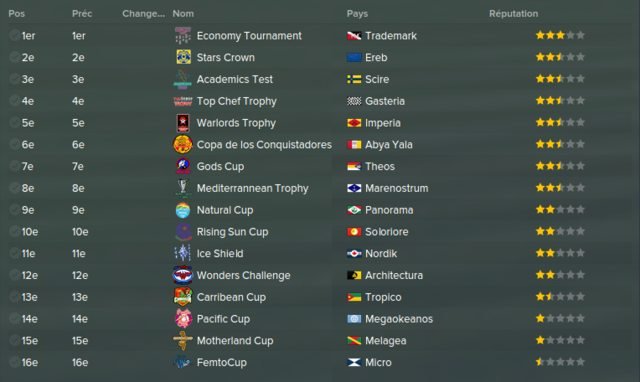 Each club has one identity, I set rules to respect a minimum this identity. These rules apply for every club competition (national & continental) :

The rules are 5 foreigners max per team and 5 homegrown players among the selected team for every match. 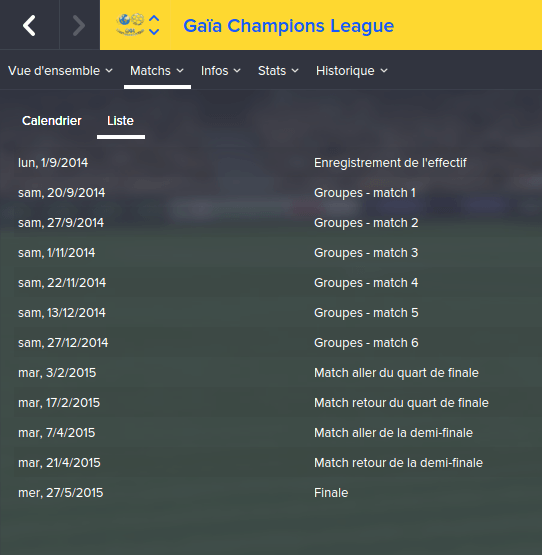 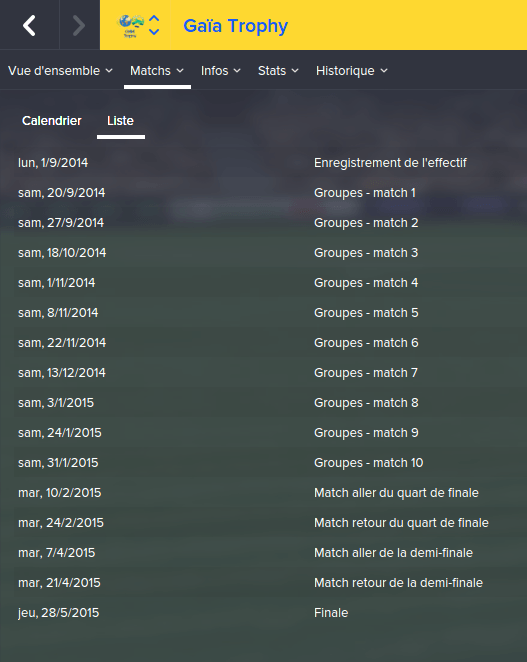 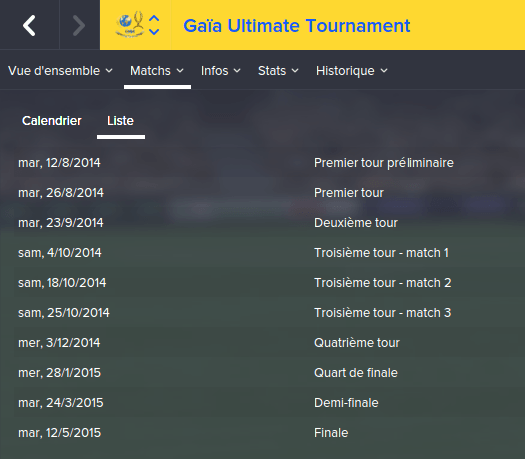 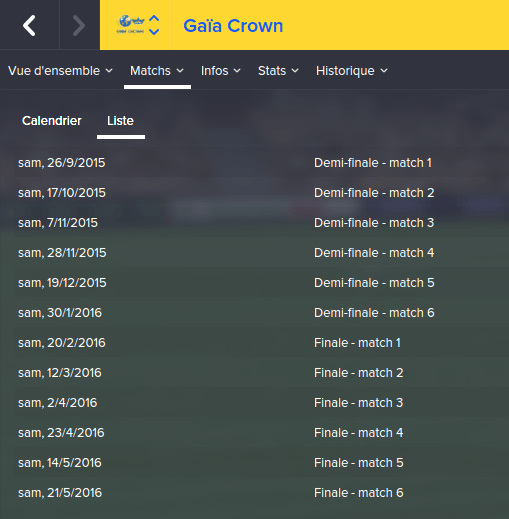 Most reputed and richest Gaia clubs 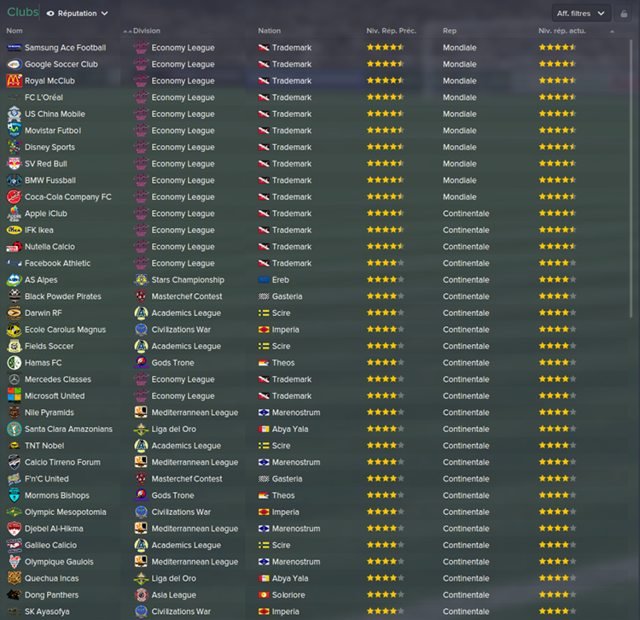 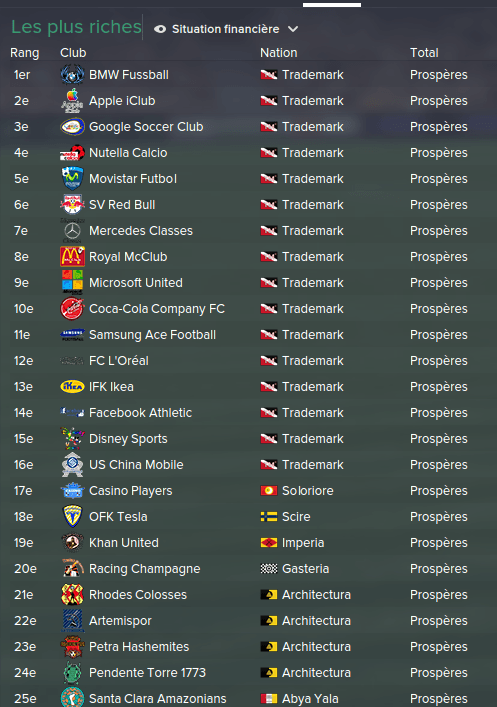 All Trademark teams are owned by a Sugar Daddy and have top infrastructures. However, transfer costs in this country are huge.

For a better understanding of each club identity, take a look of the one of the best clubs in the world (according to the previous screens) 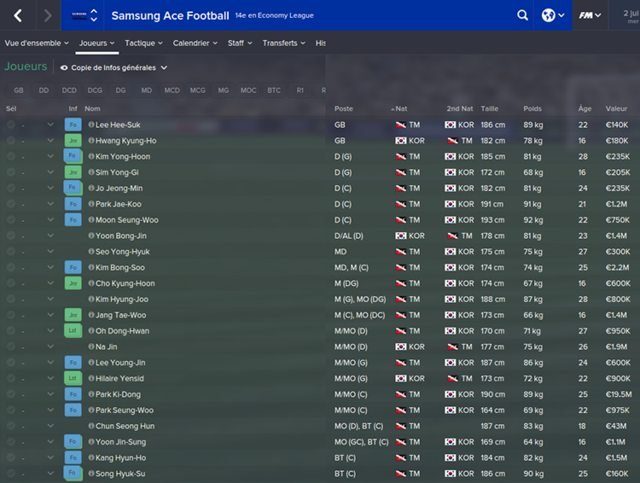 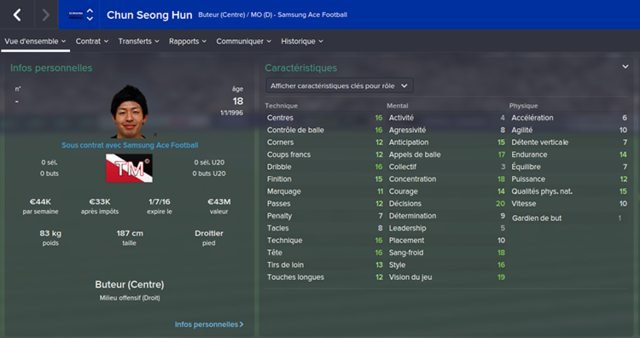 To finish, a little summary of the International competitions:

And the cycle begins again

I think you can see now what is the Gaia World, so what are you waiting for?

Discussion: The Gaia Project for FM15