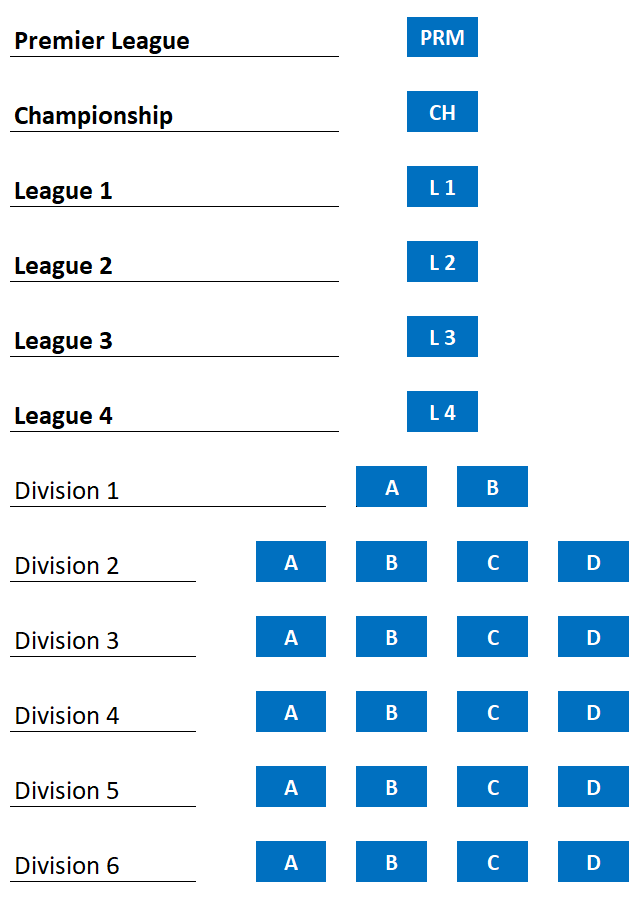 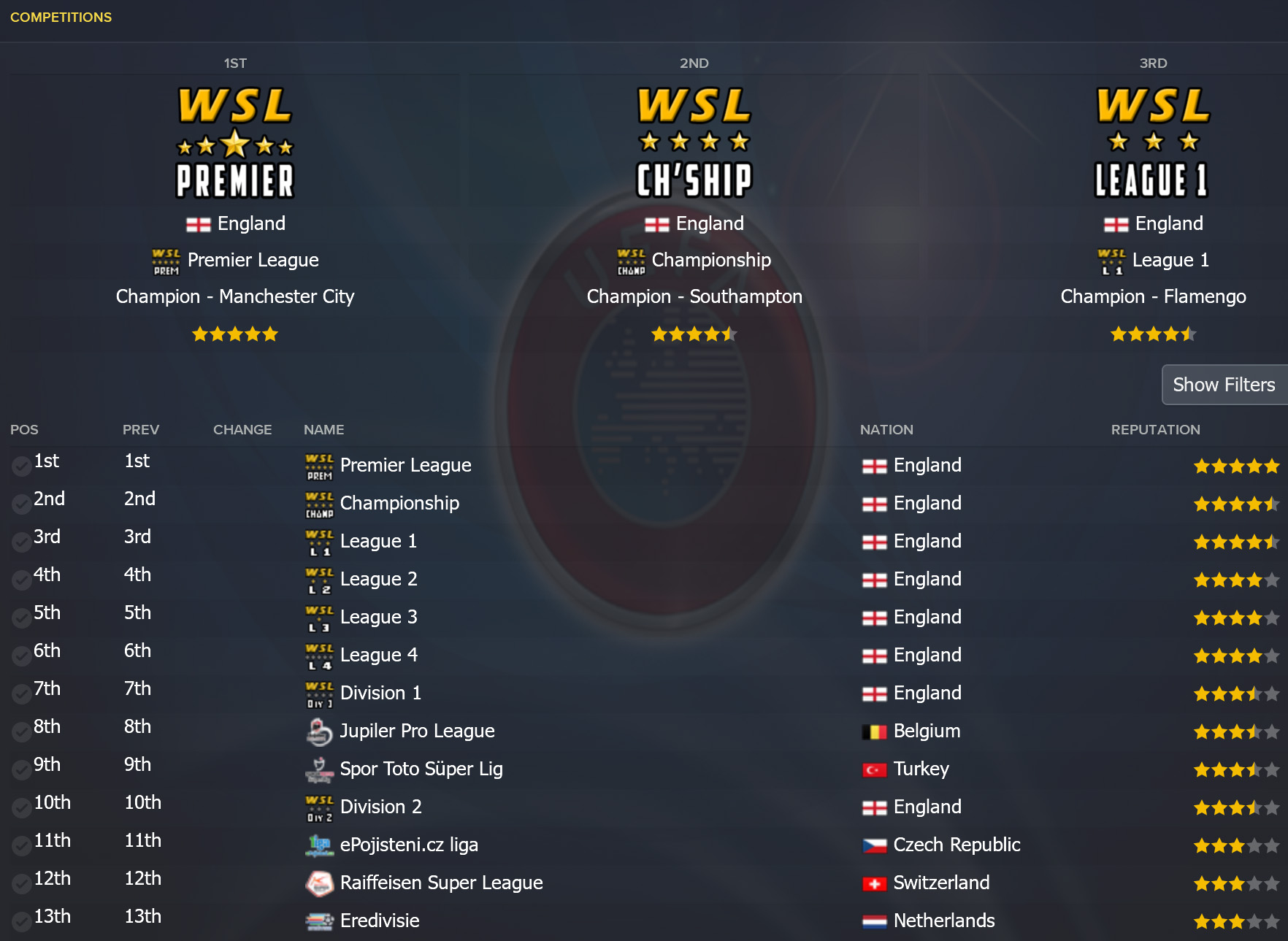 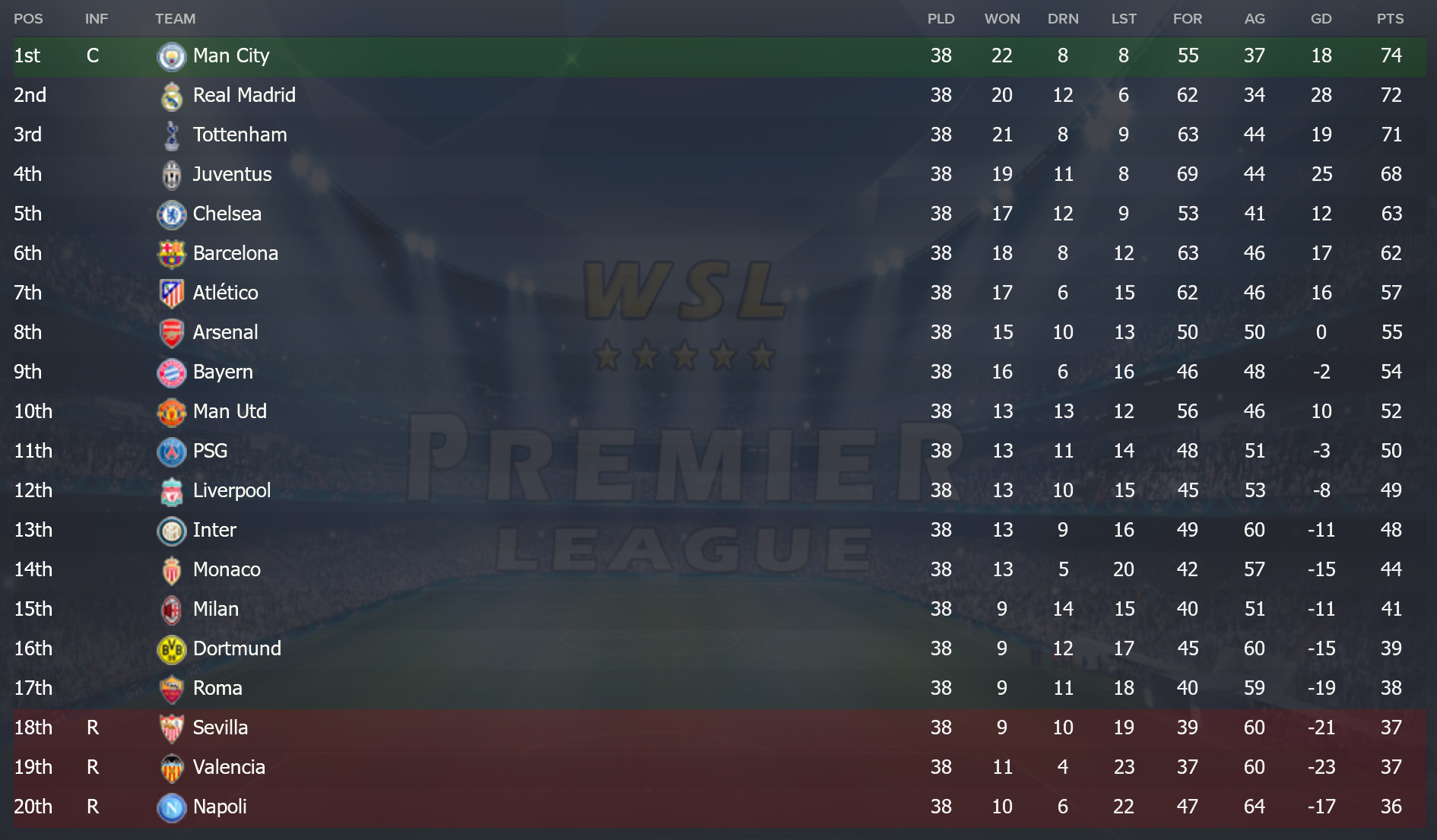 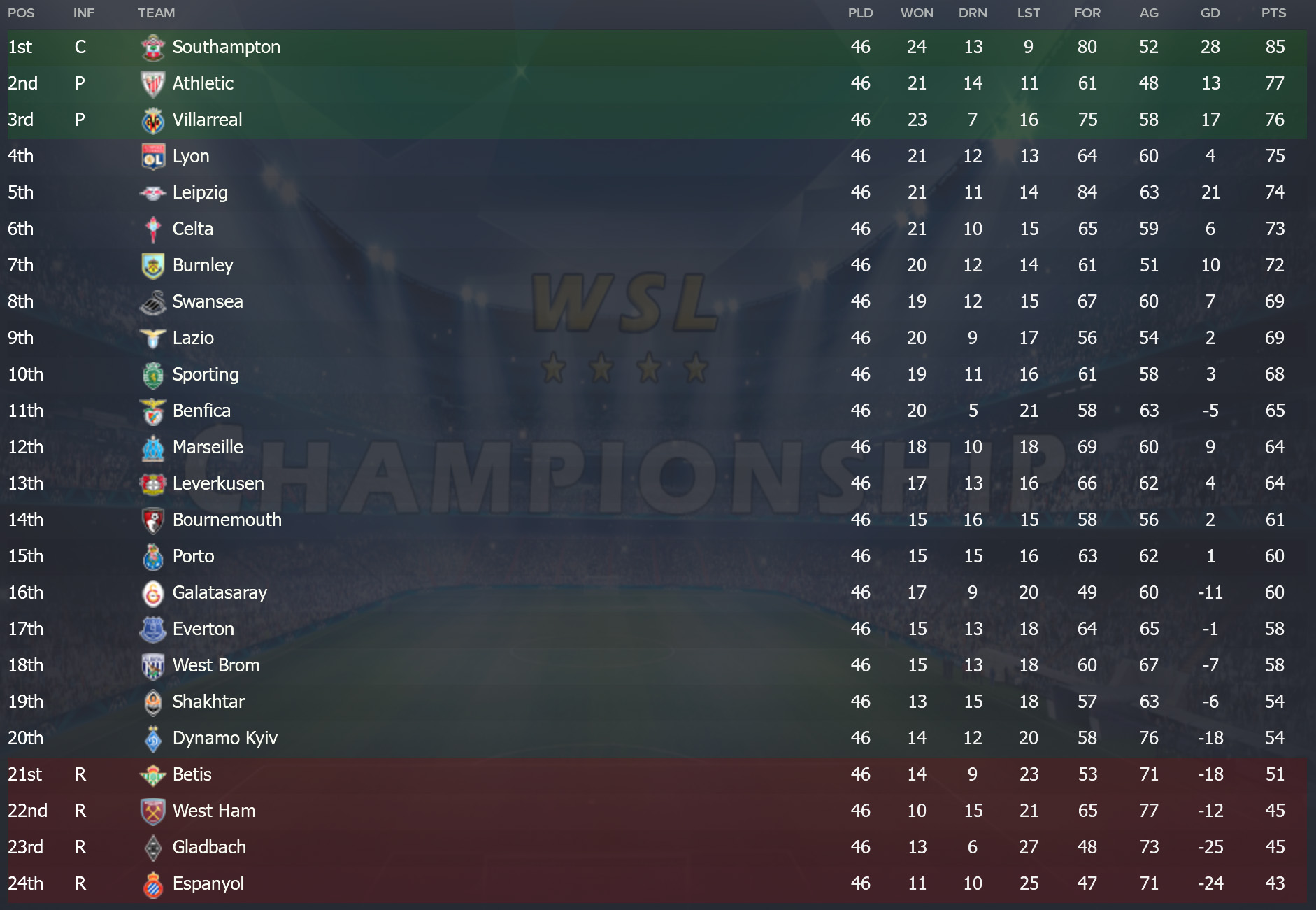 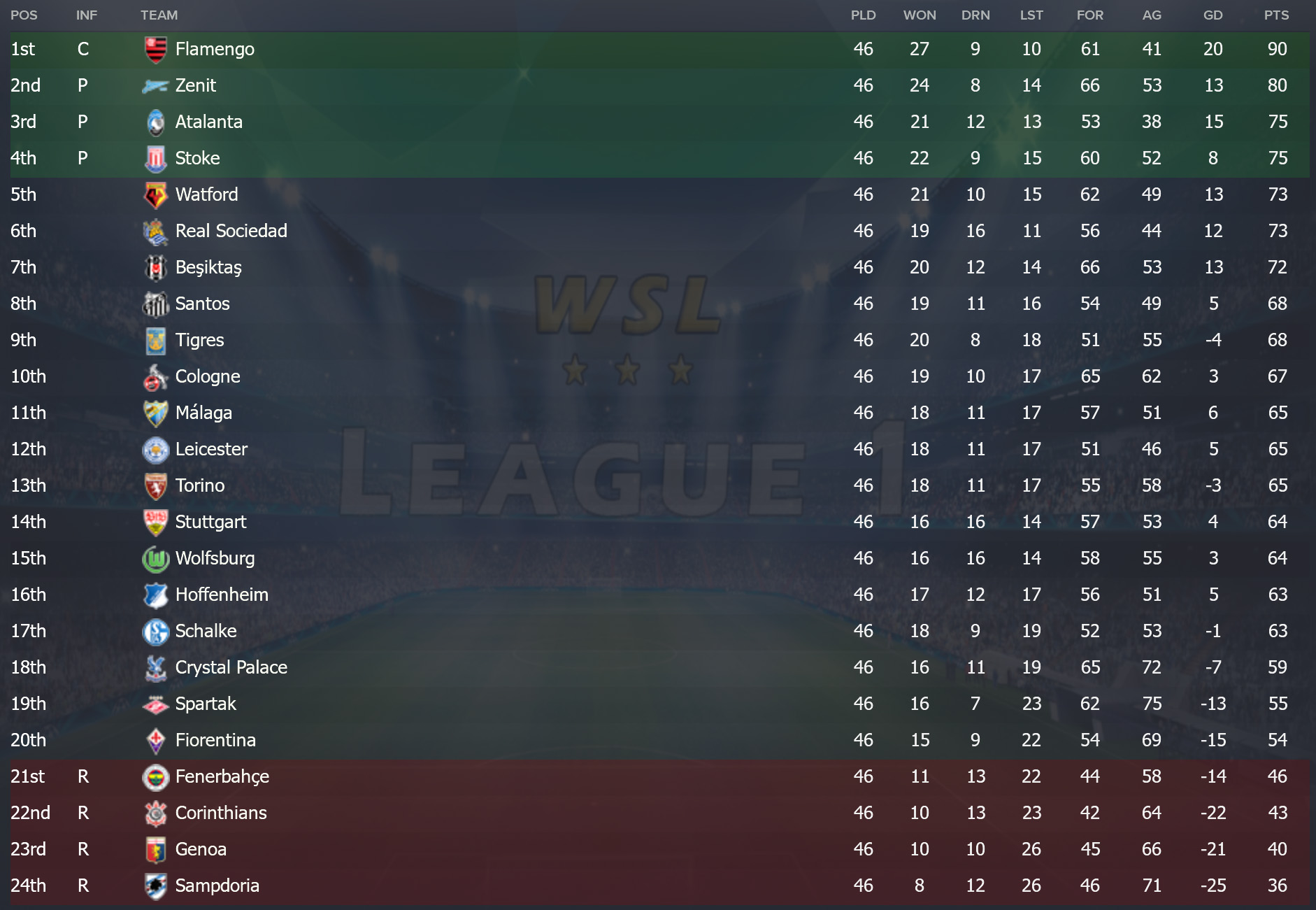 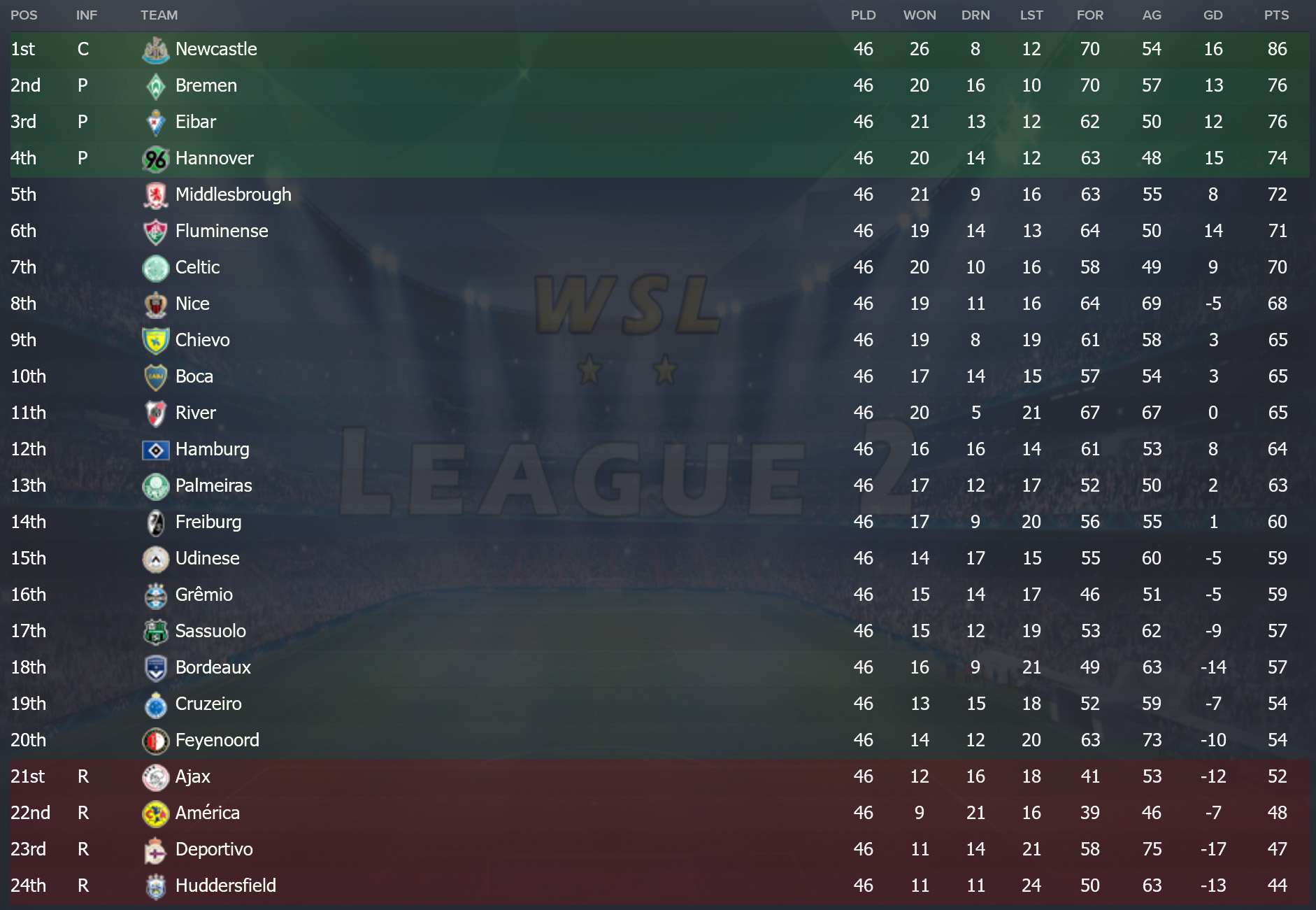 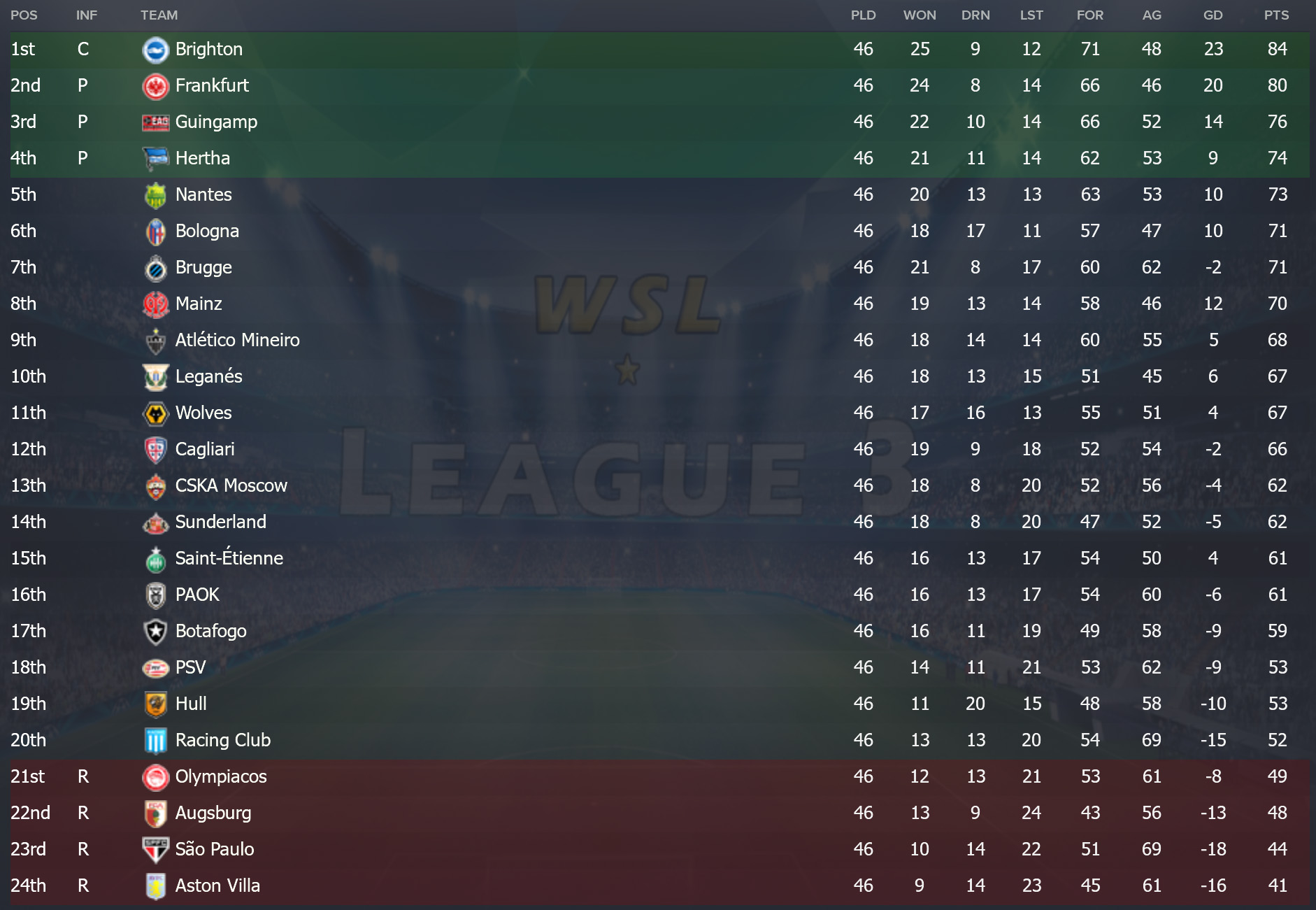 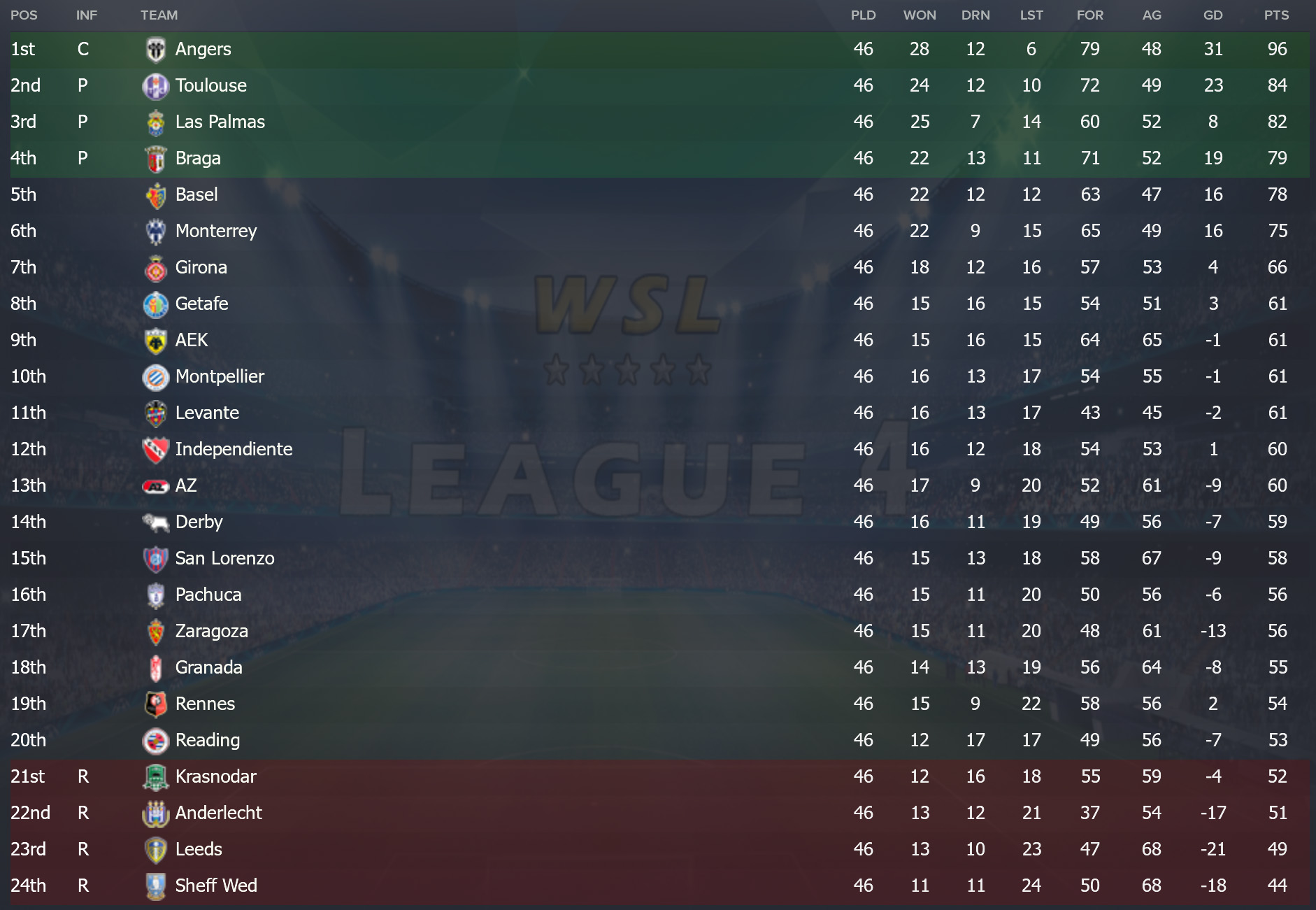 
Compatible with the final FM 18.3 database.
+30,000 database changes (73,727 total changes)
I took the Database updates from the FM18 Transfer & Data Update by pr0 + FMTU. I only used the transfers update, the injury update, added the 45 new wonderkids and included the CA/PA changes.
There are NO league or structure changes from the XL version, only 18.3 compatibility.
If you are already playing an XL version game, there is no reason to start again, unless you want to!
There are NO database conflicts or errors. I've been playing the XL version for 10 full seasons with FC United, and I also simulated 50 years.


How to Install WSL XXL in FM18

If the custom graphics don't show, check the file paths again and then go to `Preferences` -> `Interface` -> click `Clear Cache` ... then go BACK into `Preferences` and click `Reload Skin` on the bottom. This can be done anytime during a game!

PS: The Steam Workshop file doesn't include the custom graphics, but allows you to play with friends. Just add the graphics from the download pack!

Remember that on game start, you'll see many disabled leagues, you don't need them! Just play with England! The game is stable and won't crash!


Leave a comment if you enjoyed it! I like seeing feedback, it motivates me for next year!

Good luck and may the football gods be with you on your journey to world domination!

77 comments have been posted so far.