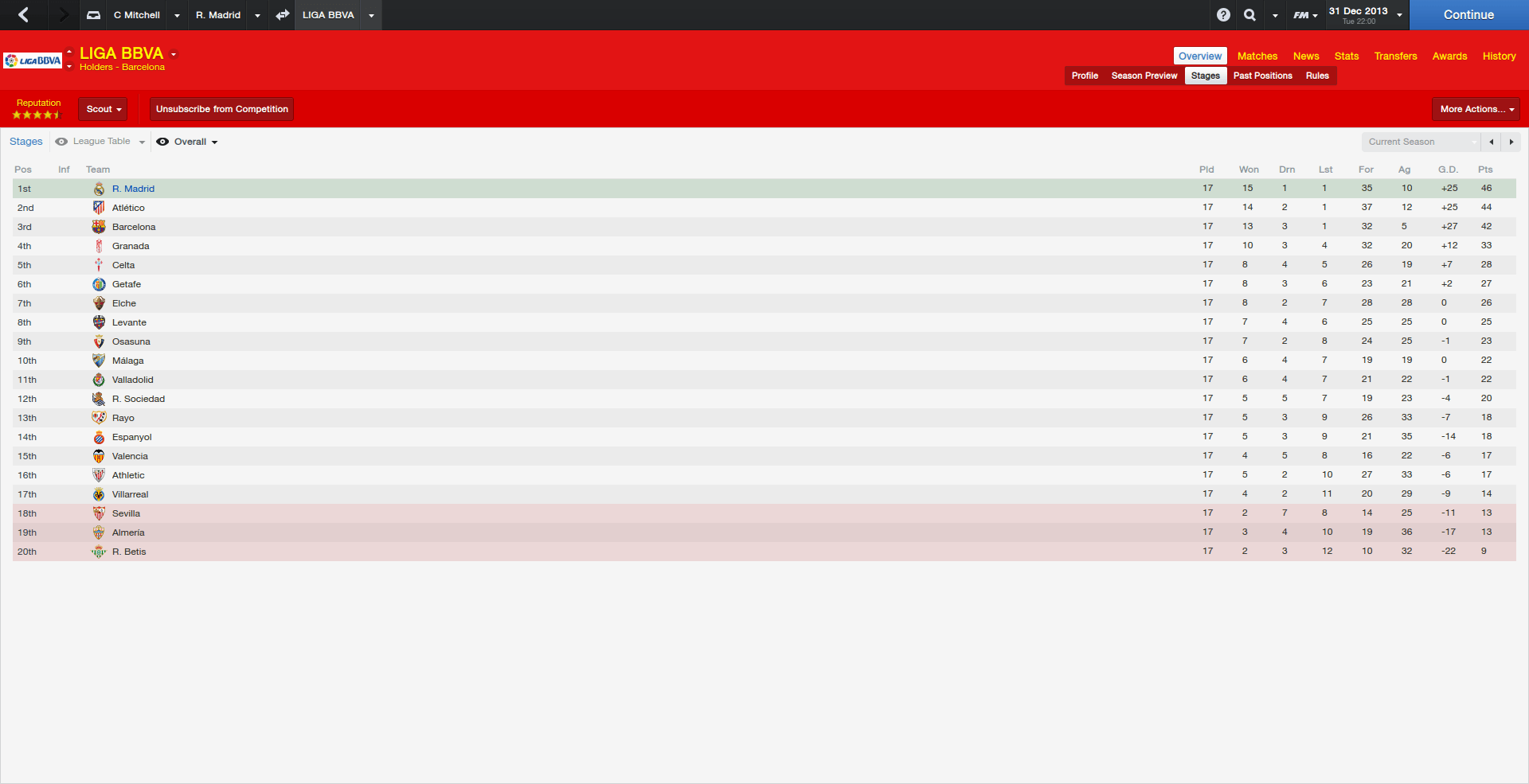 Being first in the league is exactly where I would be want to be! Furthermore, the loss being to the team in second and the draw to the team in third can be seen a positive and a negative. My team is very consistent however, we have not beaten the more challenging, better teams in the league. 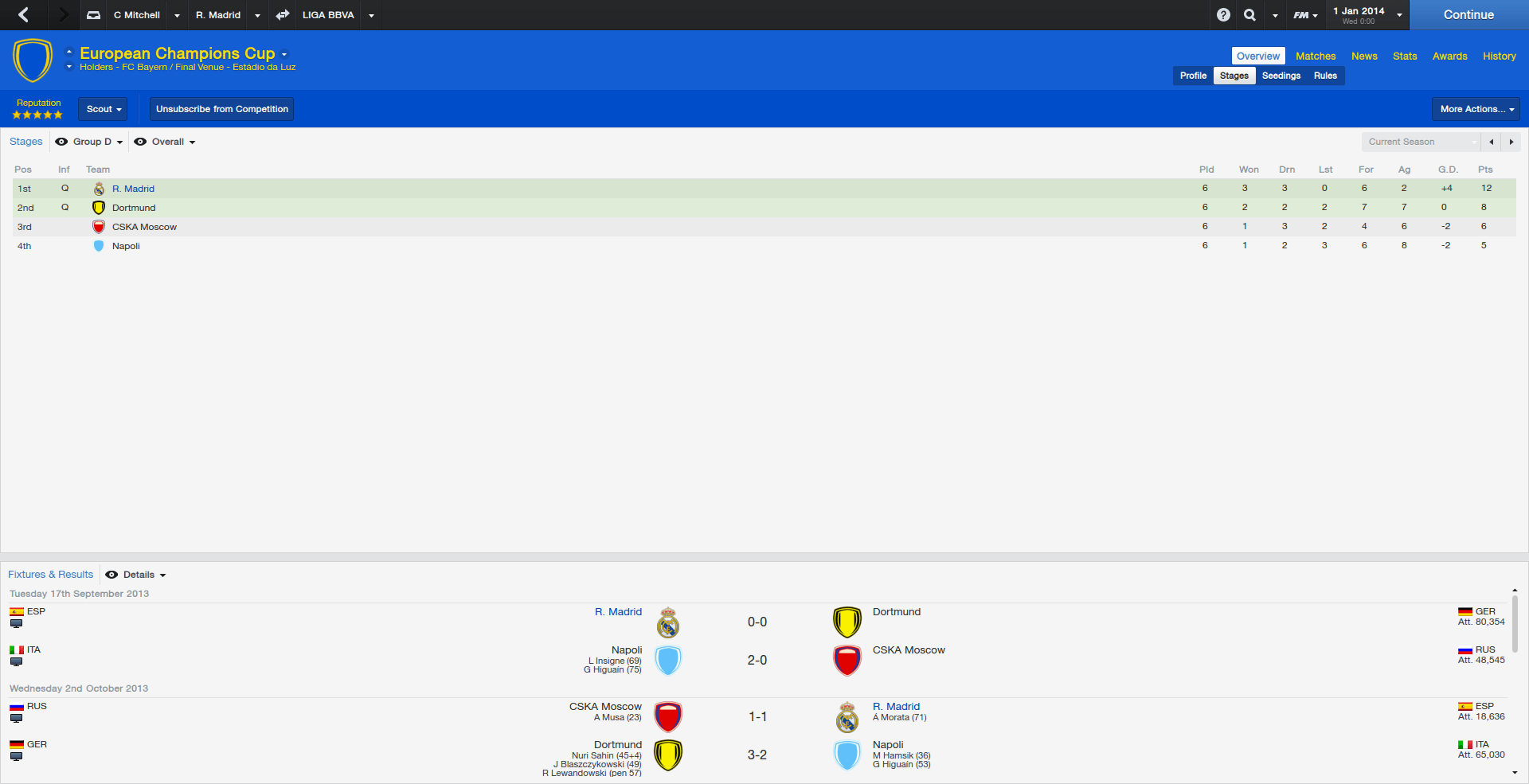 This was very impressive, next stop, Ajax in the round of sixteen! 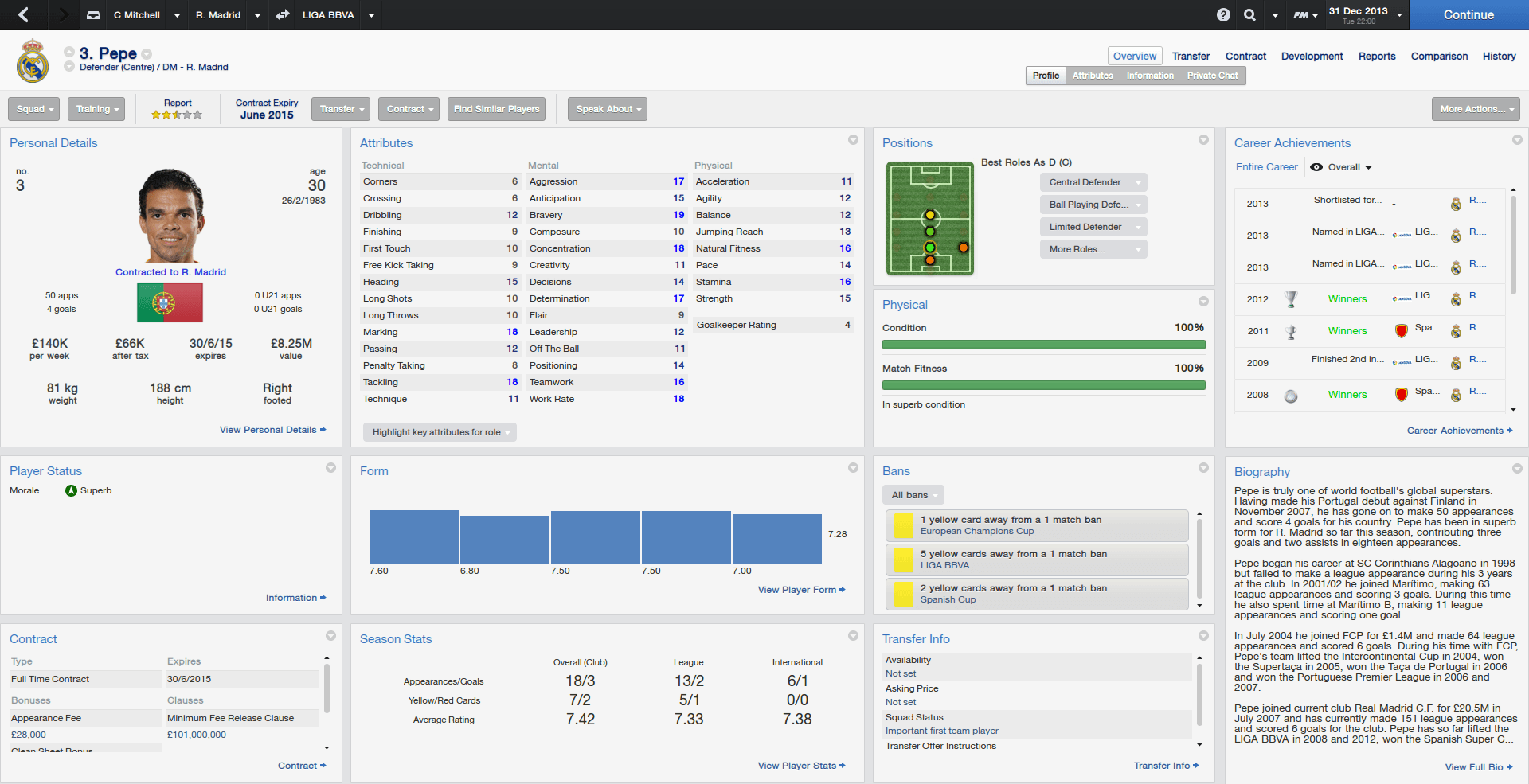 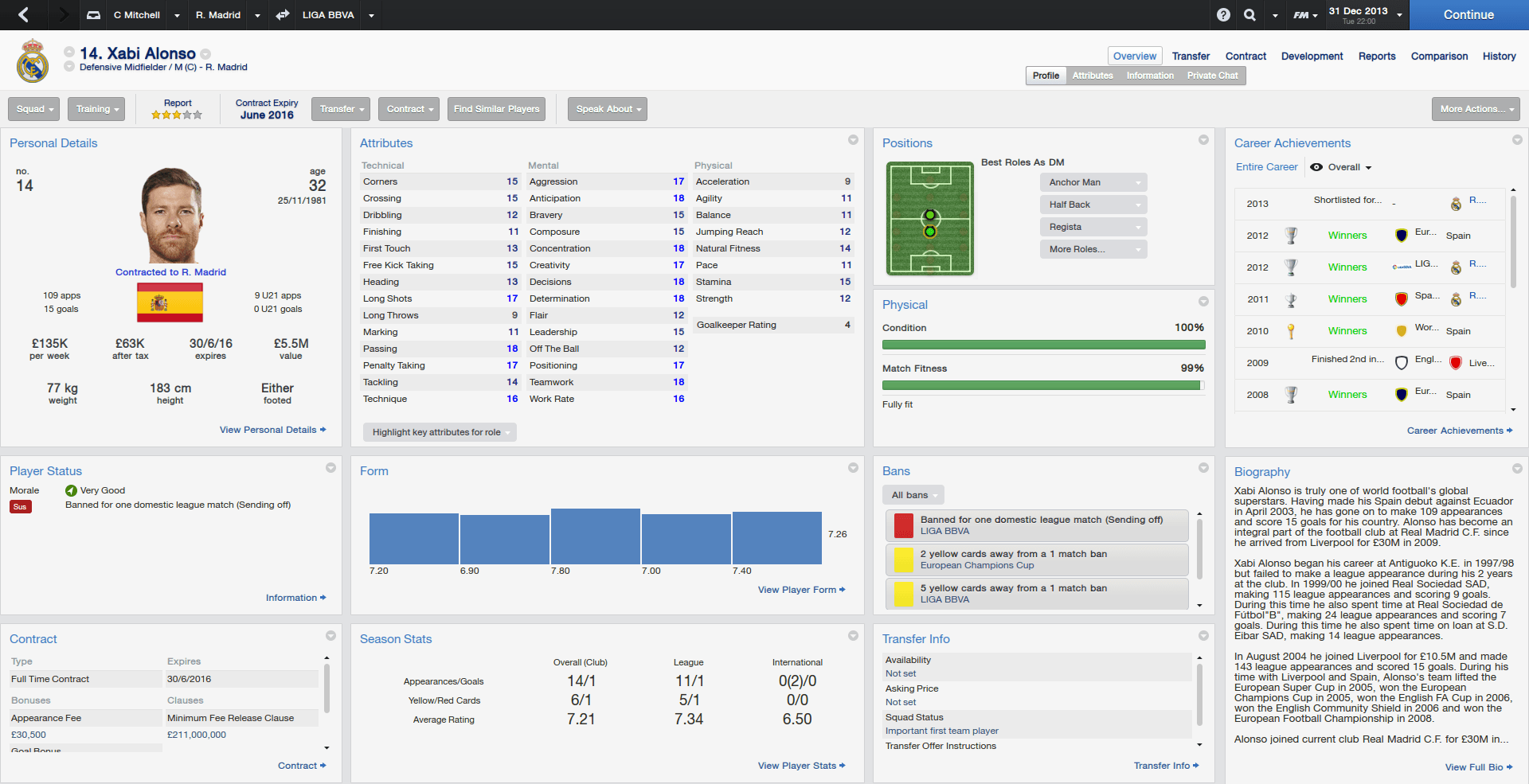 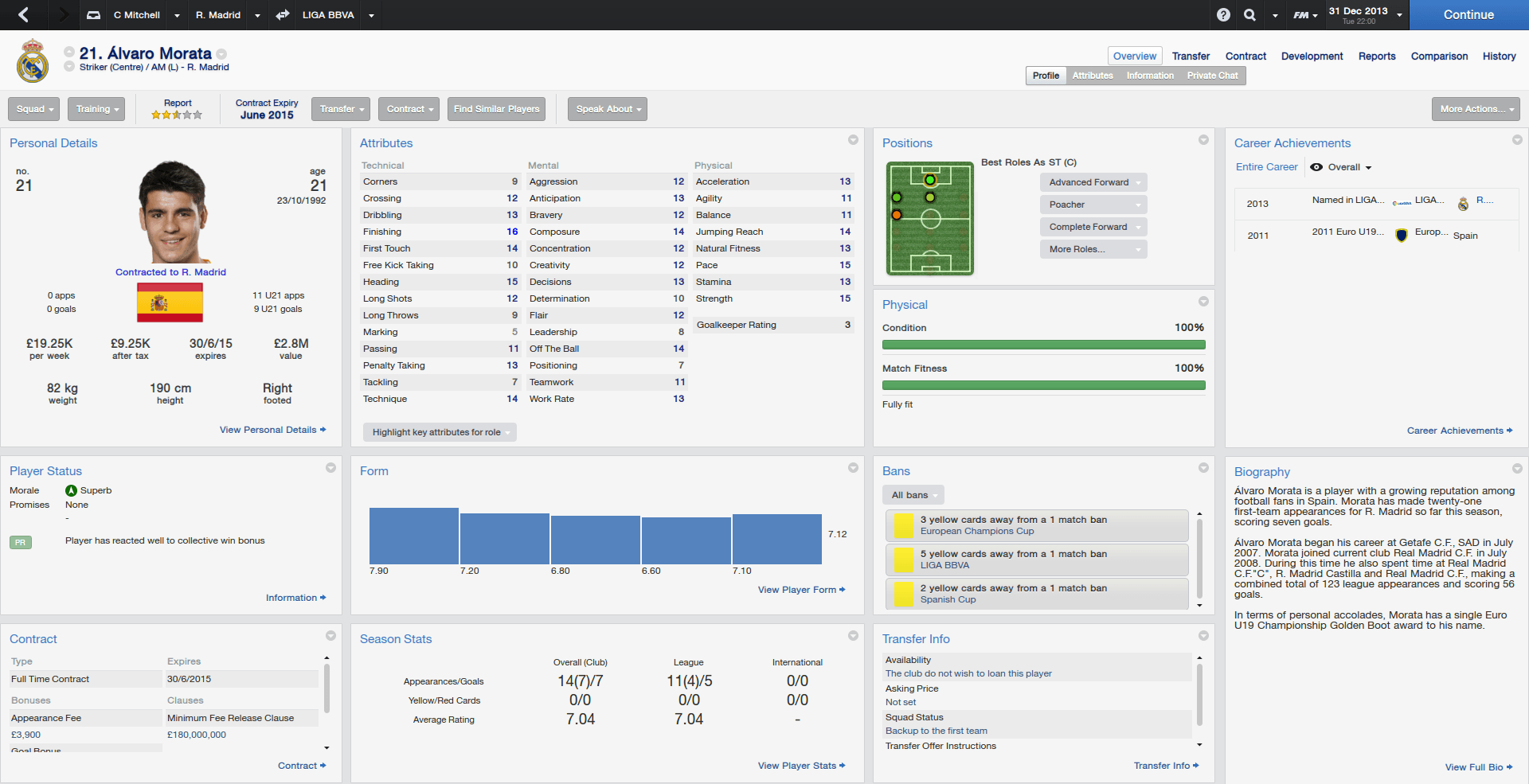 I have picked out these players because I would consider them to be the most important. Pepe has been a very good defender, and by far the most consistent, this got him into the World Team of the Year, the only player from Real Madrid doing so. Alonso has assisted six goals in the league despite, attacking players not finishing often. Finally, Morata has been surprising and FAAAAR better than Benzema (Not one goal in seven league games). 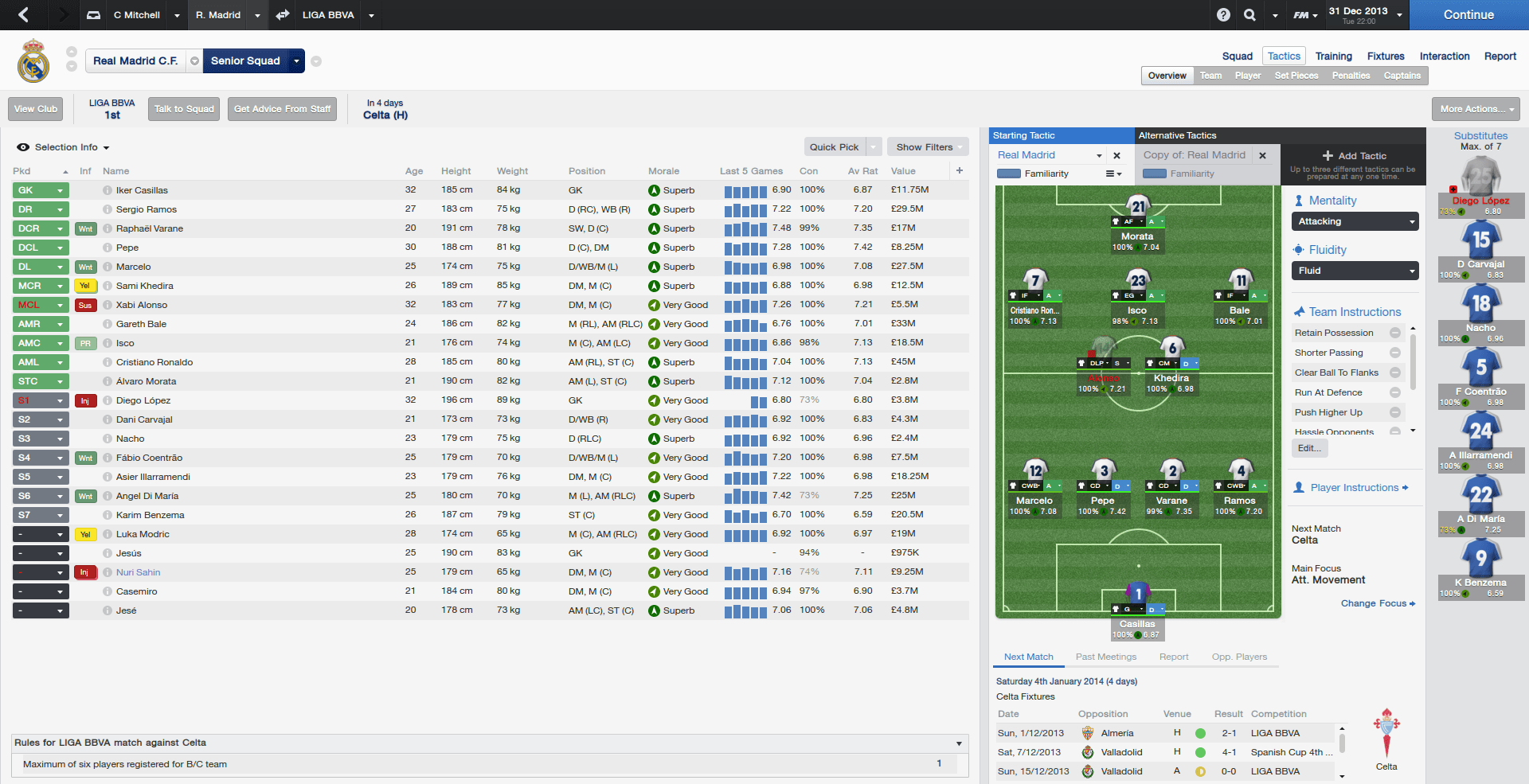 I would consider this being the strongest team.

Transfer Plans:
Well I have a nice £53M to spend and the only player I will be possibly letting go is Benzema, with a value of £20.5M I guess I could get around £30M? So perhaps a big name striker could be coming but I will wait and see!

Targets:
Planning to win the league and feel confident in doing so. The Spanish cup I will likely get to the final hopefully at least. In the champions league I still hope to get to the Semi - Finals and see who we get to judge if we could go further!
1