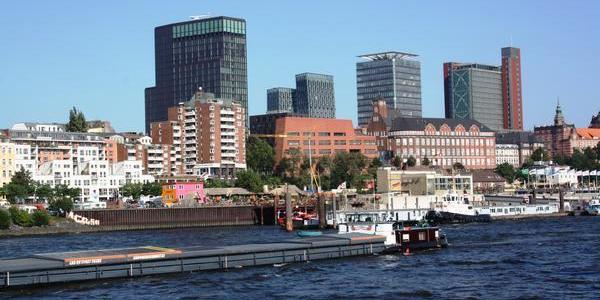 Hamburg is a big place. Home to 1,751,775 people at the most recent check in October 2013, a centre of media and industry, one of the world's biggest tourist destinations. It was where the Beatles "came of age", the origin of the Hamburger. The city holds the annual German Open each year for Tennis, fielding the Hamburg Freezers in the DEL, the ice hockey league, and dominates the field hockey scene in Germany. But it is for none of these reasons why the city is well known by many across the globe who may not have heard of Jerome Flaake, Florian Fuchs or even John Lennon. Hamburger SV, quite simply, are one of the biggest, most distinguished teams in world football. The club has played continuously in the top flight since 1919 - the year they were formed in the present form. That they reached the final of the German Championship just 3 years later was a real achievement - even more, they held the great 1. FC Nürnberg to a 2-2 draw before the game was controversially abandoned and not presented to either side. In the next two seasons they would manage this feat again, although winning in 1923 against the modern Union Berlin. Their last pre-war triumph was in 1928 over Hertha BSC, with otherwise anonymous performances barring two semi final appearances.

In 1953, however, the course of Hamburger SV changed forever. Until then the post war years had been bleak save for two victories in the British Occupation Zone's championship. The 1953/54 season was marred by a four point penalty for bribing a Werder Bremen player, but later in the year, the son of former HSV player Erwin Seeler, Uwe, made his debut. Known amongst fans and friends as the 'fat boy', he would narrowly miss out on the World Cup winning squad of the next year, but for now required a special permit from the DFB to play, aged merely 16. By 1956 he was the central figure of the team - bagging 32 goals aged 18, and netting similar tallies in the next few seasons as the club picked up the runners up medal two times in a row in the new DFB-Pokal. The club was denied victory in the Oberliga Nord in 1958 by refereeing calls, but the club were German Champions again in 1960, and Seeler was the national player of the year.

The Bundesliga would soon see the light of day, and with Seeler the captain, Hamburg were one of the 16 teams invited. He won the inaugural season's Torjägerkanone trophy, with thirty goals. Ten years later, Seeler had retired, but the club won the first ever Ligapokal. They had improved in the league too, coming fourth in 1975 and second in 1976. In 1978 Branko Zebec was appointed trainer of the club and, winnning the Bundesliga in his first year, is still the club's best manager in terms of win rate. This was in Kevin Keegan's second year, and was awarded the Ballon d'or for the second year in a row. In 1980, the club lost out in the European Cup and Bundesliga, and halfway through the next year Zebec was sacked after sitting through a match whilst intoxicated for the second time, despite refusing "to train with drunks" when his players were drinking themselves. In 1981, Ernst Happel, the Austrian coach, took the job, and won the 82 and 83 Bundesliga seasons alongside the European Cup.

The club would never hit those heights again. Falling into financial trouble they were forced to sell their players worth any money to ensure survival financially. In 1995, Felix Magath returned to the club as coach, and Uwe Seeler returned as president. This combination was initially successful, however, soon Magath was sacked and Seeler resigned due to a financial scandal in which it was later revealed he played no part. Since Magath's successor Frank Pagelsdorf left in 2001, Hamburg have had 13 different managers in as many years - including their new boss. And we will be following his journey at the club.
1