Brendan Rodgers' Liverpool side kicked on after the turn of the new year, clinching the Capital One Cup, their fourth trophy of the season, following a 2-0 win over Stoke City. Unfortunately, their dreams of repeating the 'Invincibles' feat of Arsenal from the 2003/04 Premier League season were crushed by the Gunners themselves, in a 3-2 defeat at the end of January. Barely a month later, Chelsea dealt Liverpool another crushing blow, with the Blues pulling off a 3-0 upset win at the Lampard Stadium.

However, things soon picked up for the Anfield club as they cruised through their remaining games. Sweet revenge against Chelsea and Arsenal came in the FA Cup and Liverpool are set to contest the Final against Manchester United.

The Champions League Final is also on the horizon after Rodgers successfully guided his talented squad past the likes of Internazionale and Real Madrid. Their opponents this year are the same as the last, Paris Saint-Germain, and the big-spending giants will perhaps not be too happy to run into these familiar foes, considering Mario Balotelli managed to put five past them in the 2021 Champions League Final.

The Premier League title has of course been retained easily by Liverpool, after Rodgers' men recorded a phenomenal number of 106 points. The Reds finished 19 points higher than 2nd-placed United, and are more than 20 points ahead of Manchester City and Chelsea. 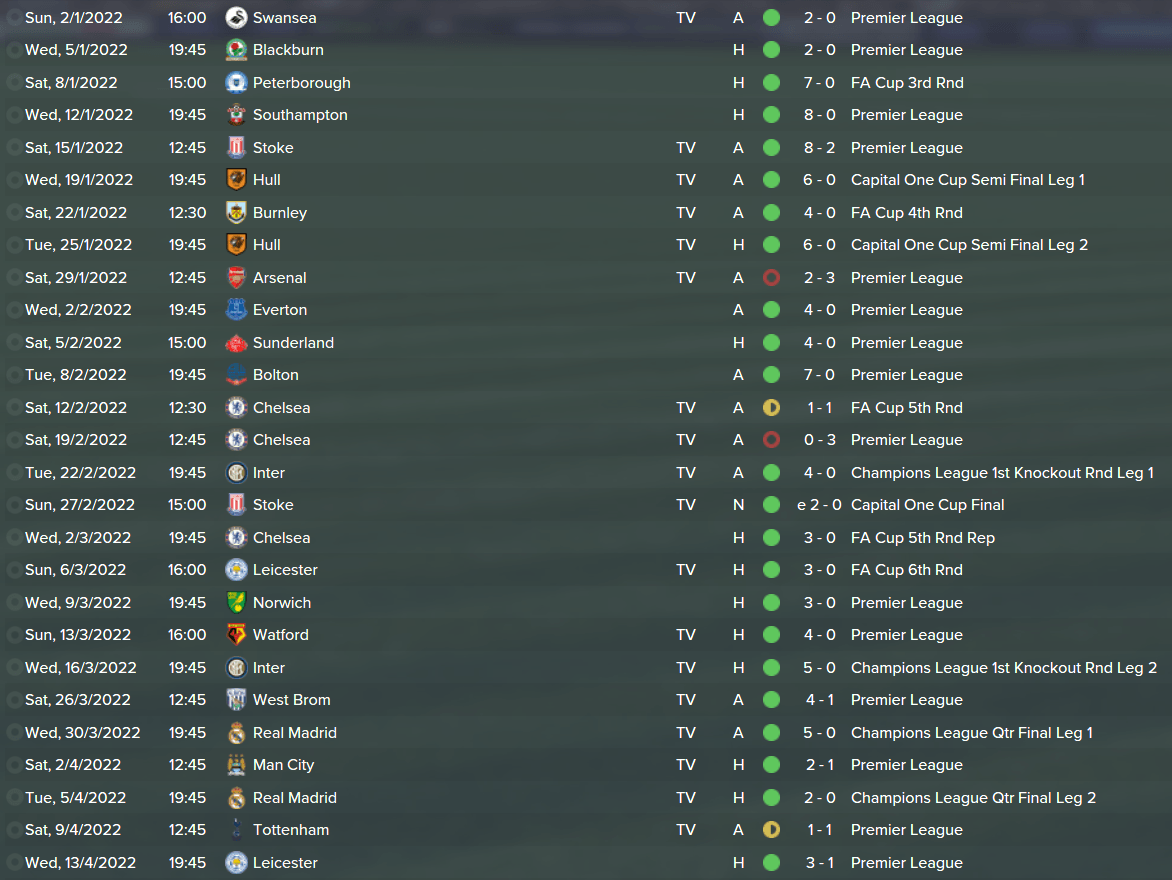 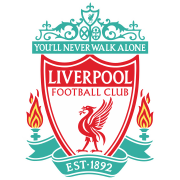 
It was a goal bonanza as Liverpool ran riot over Southampton with several different players from several different positions getting on the score sheet. Richairo Zivkovic opened the scoring almost immediately after the game started and David Alaba added on barely after the two-minute mark. There were also goals to come from Alejandro Moreyra, Samuel Umtiti, and Mario Balotelli, while Saints defender Florin Gardos also piled on the misery by putting the ball into his own net. 
It looked like it was going to be business as usual for Liverpool when Pavel Savitskiy netted in the 9th minute, but Arsenal found an equalizer through South Korean star Son Heung-Min. Savitskiy scored once again to make it 2-1 but Liverpool were again left frustrated by the impressive Son who leveled the game once more. Tempers flared as Lucas Romero and Bruno Zuculini, of Liverpool and Arsenal respectively, found themselves being red-carded and dismissed by the referee, but in the battle to follow it was Arsenal that snatched all three points thanks to Lorenzo Insigne's 65th minute winner. 
Liverpool made quick work of relegation candidates Bolton Wanderers in a spectacular 7-0 thrashing. Ernie Sharp and Mario Balotelli contributed to the scoreline but the real star of the show was Zivkovic, a dangerous menace that tormented the Bolton back line. The prolific Dutchman scored a magnificent five goals to severely humiliate the Trotters at their own home ground and performed flawlessly. 
La Liga powerhouse Real Madrid were left humbled by Liverpool in the Champions League Quarter Finals after being beaten by five goals at the Santiago Bernabeu. Israel dazzled, scoring in the first minute and adding a second later on. Real could not cope and failed to respond, conceding even more to former Madrid man Savitskiy and Zivkovic. Left-back Alex Sandro's own goal served to extend the Reds' lead and they eventually progressed to the Semi Finals after a 2-0 win in the second leg. 
Liverpool still have one more game against Manchester United this season in the FA Cup Final, but as of now, they have not lost a single match against their bitter rivals this season. However, this particular victory, in the second leg of the Champions League Semi Final, was made all the more sweeter as it eliminated the Red Devils while ensuring Liverpool's appearance in the Final at the Stade de France. Balotelli, a name that United fans have grown sick of hearing, struck twice to secure his side's pass to Saint-Denis, as well as the bragging rights of Liverpool supporters.
1