With the amount of Brooklyn Knights content we are releasing the past few months, you'd think that we are biased towards them.....but trust me....we're not....heheh *puts down Knights flags, scarfs and hats*. Anyways, last night during the Brooklyn Knights monthly 'fan day'. Chairman and owner Troy Crespo and manager Ethan Bernard announced their home and away kits. 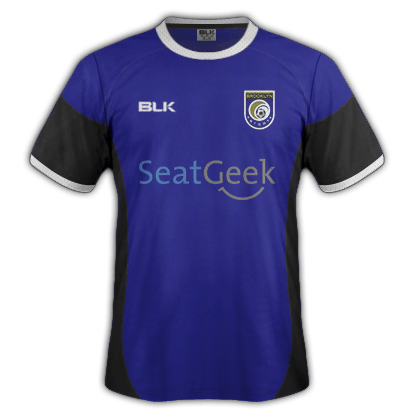 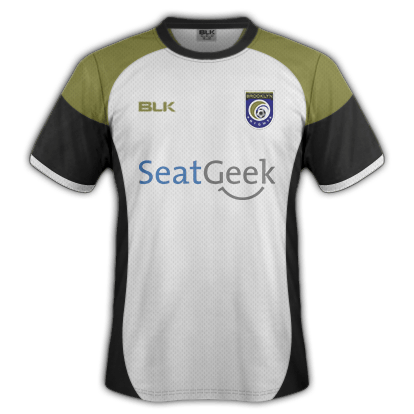 Both designed by Australian designer nicknamed Feliks, the home one is rocking the dark blue with the black sleeves and the black sides, both the collar and the edge of the sleeve is covered in white. The away kit is mainly white with the shoulder area being gold and the sleeves and sides covered in black. Made by the Australian brand, BLK, Ethan has went on too say 'The work of BLK is magnificent compared to other leagues, during pre-season, players have complimented the kit in being comfortable, loose and able to hide the sweat stains! We're glad to have them as our main sponsor

New York based company, SeatGeek, is the Knight's official shirt sponsor, chairman of SeatGeek; Russell D'Souza has said 'We're really happy that we're working together with Brooklyn Knights.Also 50% of the income from tickets sold will go to several charities through out the country.

Pre-season was a test for fitness for Ethan they went up against some sides in the same league and some above them. The fixture was a great mixture of stronger team and teams that are in the same level as us, It was a month of fitness for all the players and a month to impress us and Ethan spoke Rafael Arce, Ethan's right hand man. The assistant joined during the creation of it as a member of the board but become the Assistant in May after pleads from Ethan and Mr. Crespo

The players, staffs and fans can surely look towards creating history in the club as they will be kicking off their league campaign in august against these bunch...

Also, as a special treat to you.... ESPN will be doing a month-to-month review of the season!
1

You are reading "The Birth of A New Era".