An absolutely sublime start to the season for Trent Rovers! Megan King's reboot of the squad looks to have worked a treat with the Outlaws finishing the month with W:5, D:0 and L:1.

The one defeat to North Ferriby was the only disappointing part of the season. 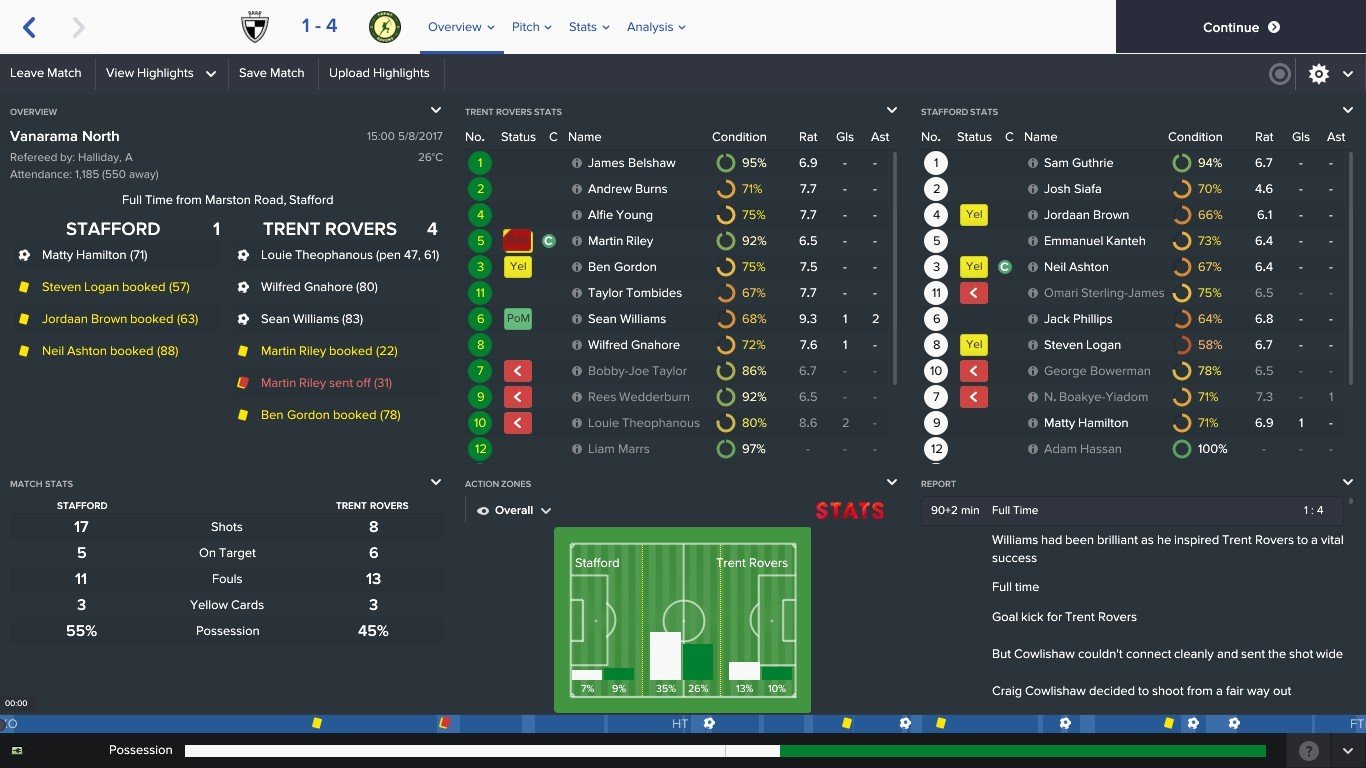 Megan King's Comments: “We did everything right today. I was impressed with 16 year old Nick Cooper when he came on, he really steadied the defence after Martin Riley was sent off.”

Fan's Comments: “Martin Riley looks like a waste of space already... who gets sent off on their debut, and he's Club captain!” 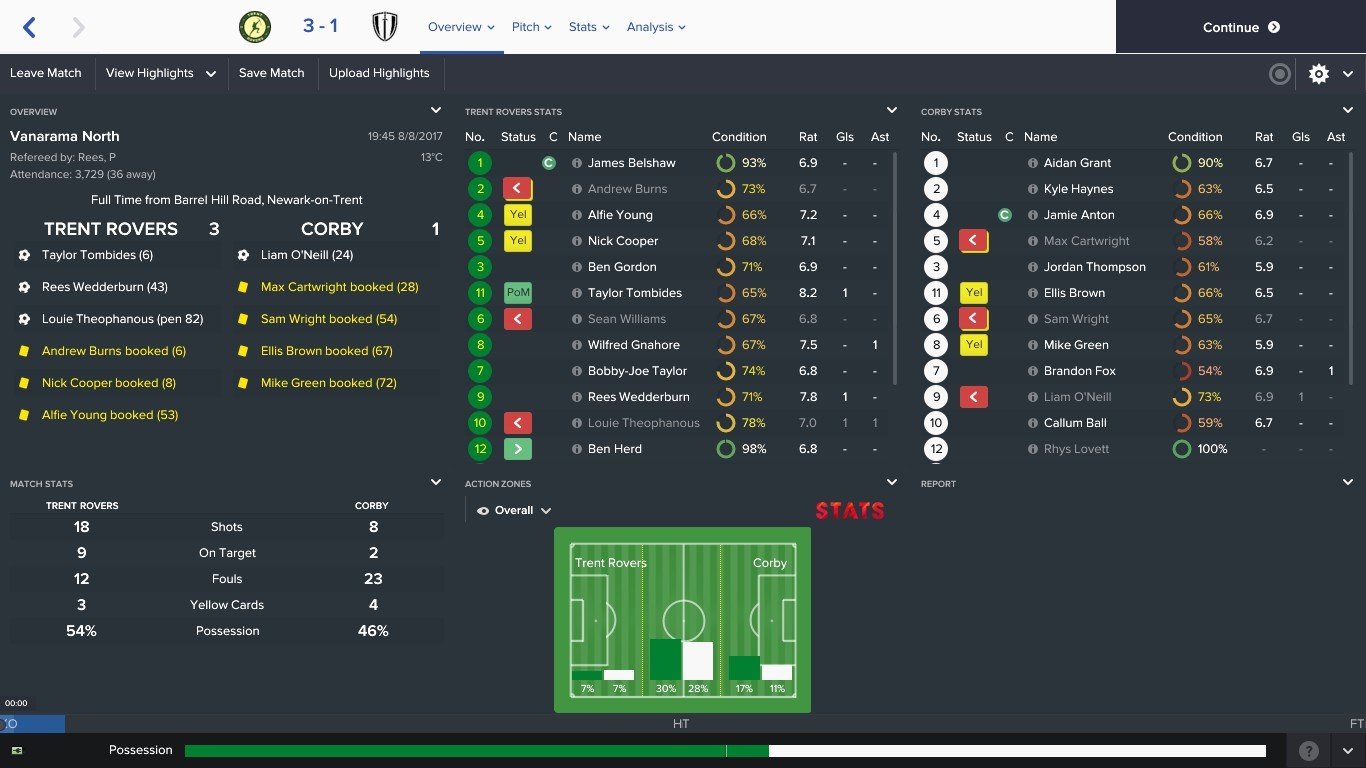 Megan King's Comments: “Another superb win, and Nick Cooper played the full match and is really impressing me!”

Fan's Comments: “Hopefully that'll be the first of many wins at home!” 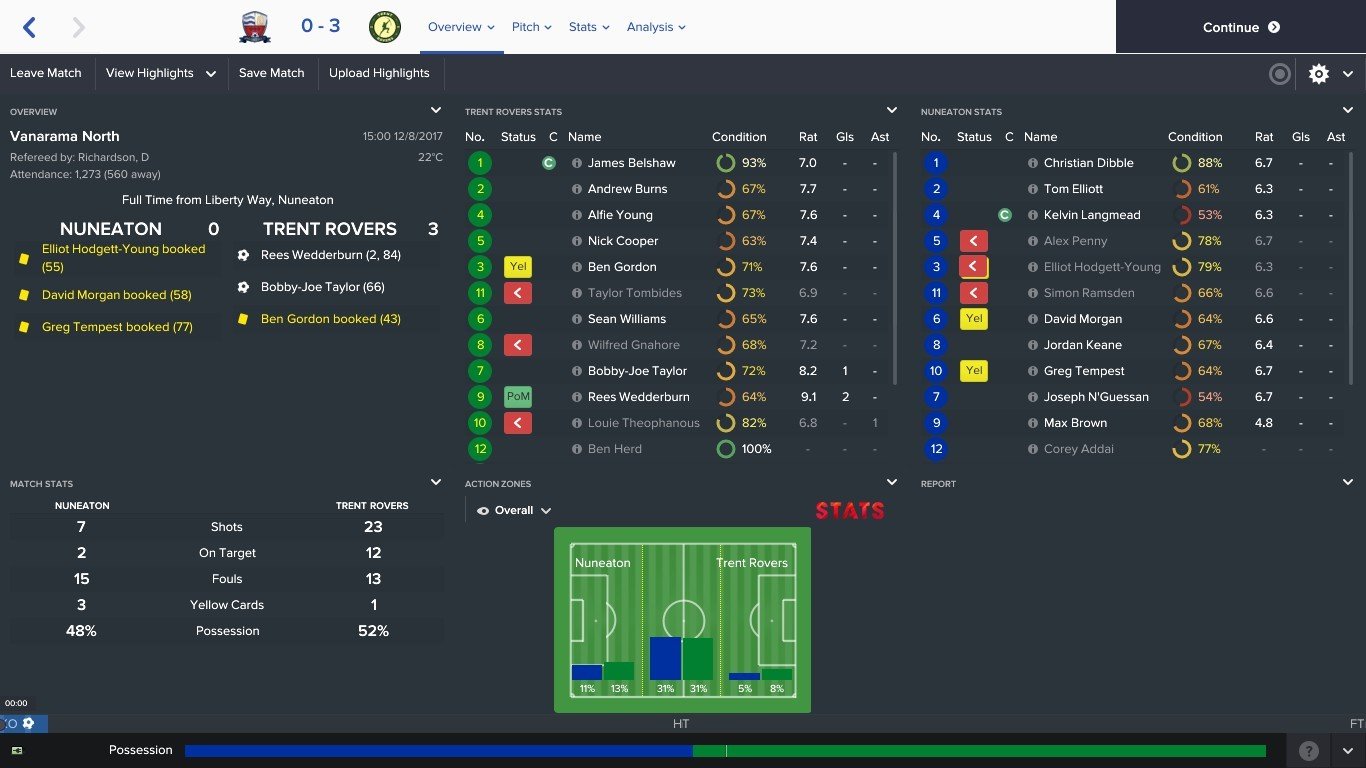 Megan King's Comments: “First clean sheet of the season, always a relieve when it comes, especially after last season!” 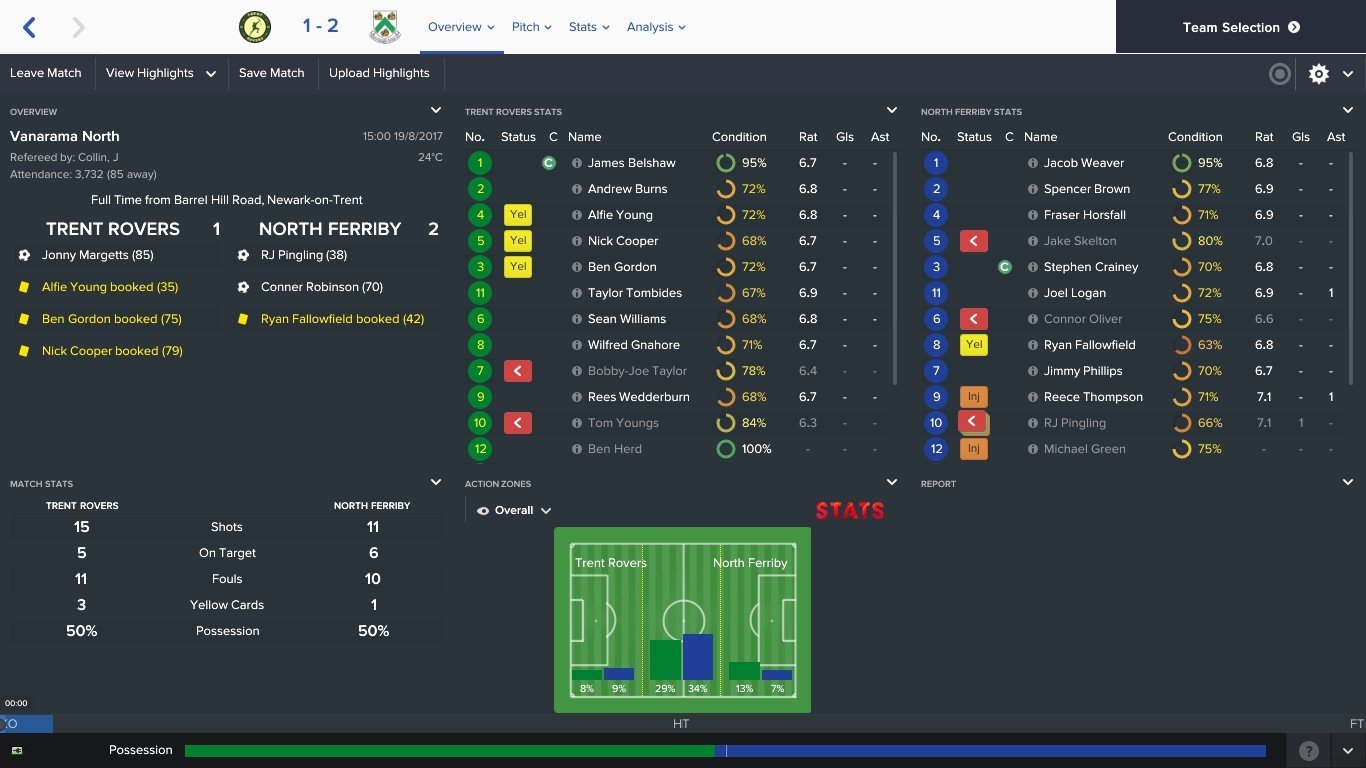 Megan King's Comments: “We weren't god enough today, that was a match we should be winning, although credit to Ferriby they put their chances away really well.”

Fan's Comments: “Hopefully this is just a blip in the road, we were lucky to even get a goal today. Now Louis Theophanous is injured we have no goals in our squad.” 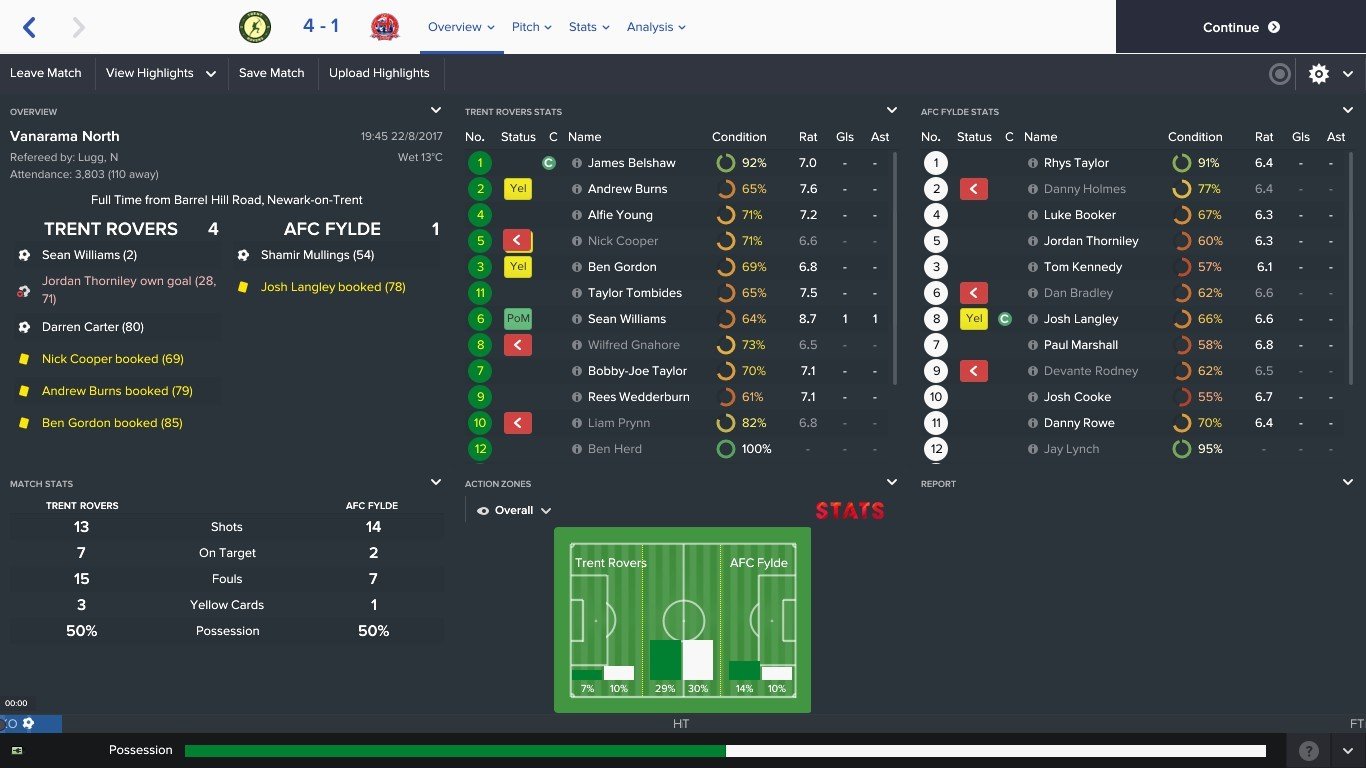 Megan King's Comments: “They are going to be up their by the end of the season, so taking three points off them now is brilliant.”

Fan's Comments: “Looks like we do have goals in us after all, even if it's being able to force own goals... better than nothing.” 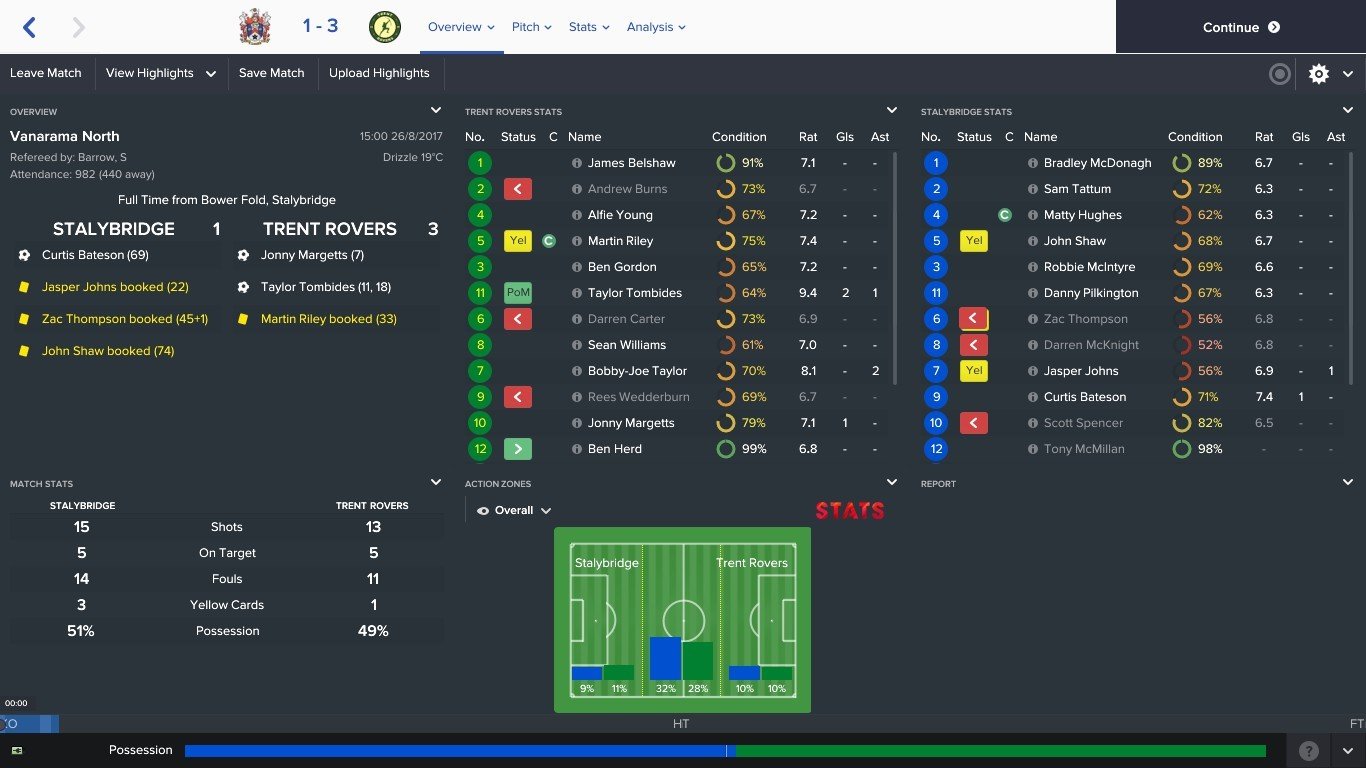 Fan's Comments: “Taylor Tombides is better than this League, I'm happy no one is sniffing around, but I'm surprised!”

After a brilliant month, the Outlaws sit top of the Vanarama North table and are looking strong enough to achieve their aims of finishing in the play-offs. 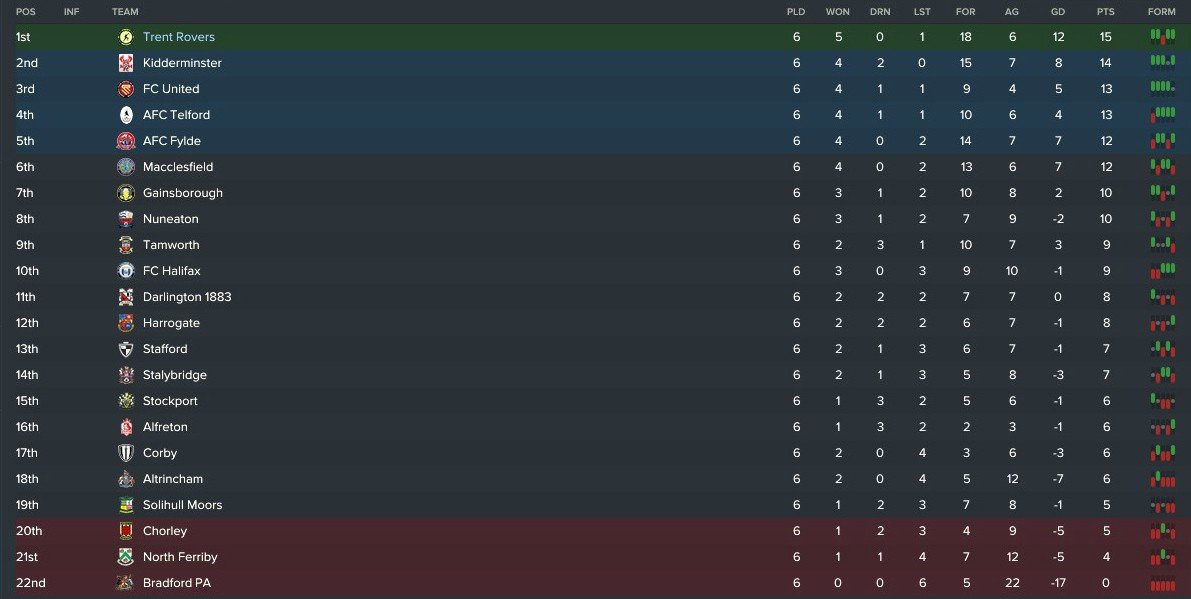 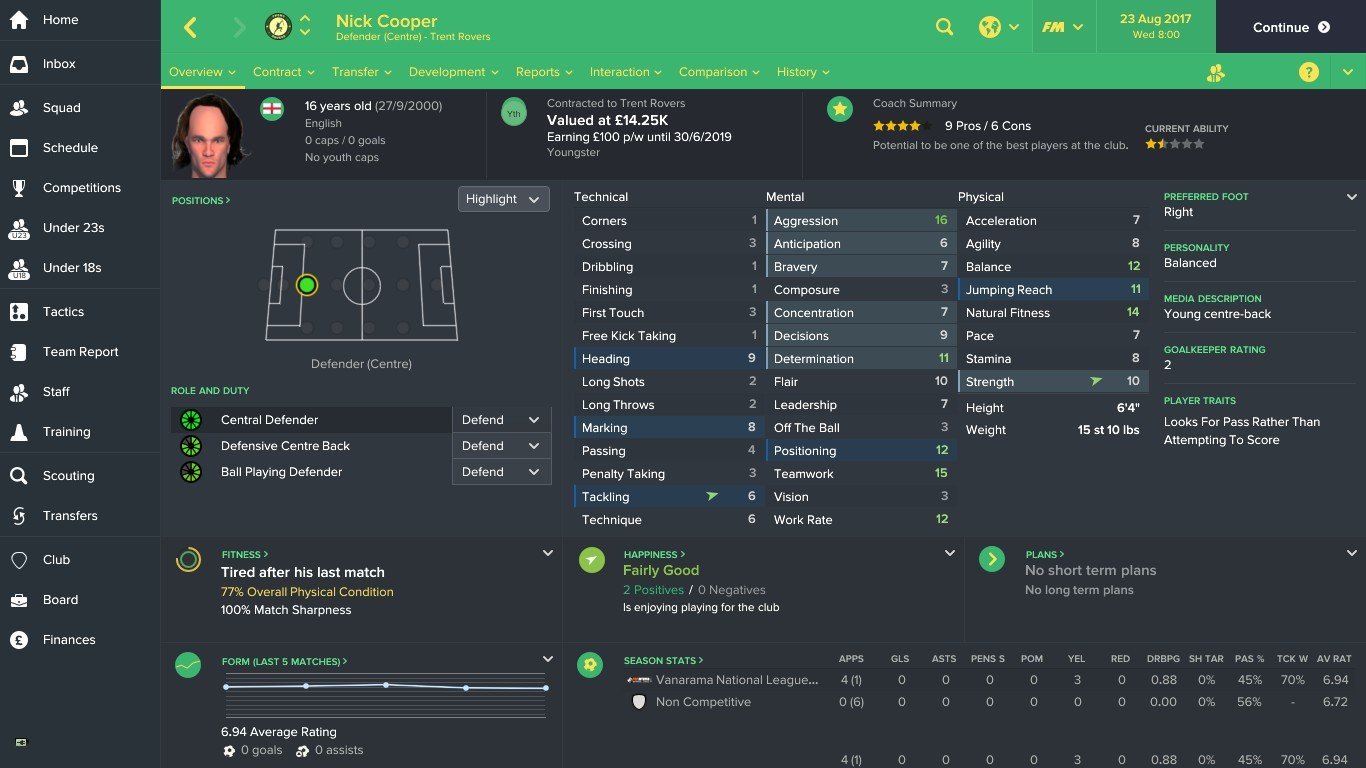 Thanks for reading guys, would love to hear from some of you if you're liking the story.
1

You are reading "Trent Rovers: A Fictional Tale".