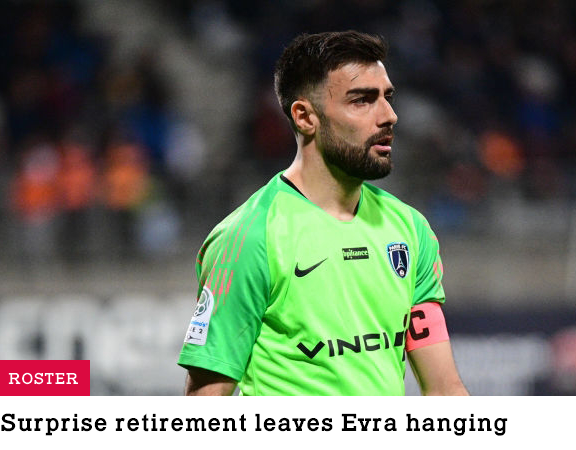 Patrice Evra doesn’t inherit a particularly bad roster, but he is going to run into some age issues very quickly. His best player, left-back Florent Hanin, is (30) and as the idiom goes he’s not getting any younger. Team captain Vincent Demarconnay (37) suddenly retired before the start of the season and forced Anthony Maisonnial (22), who was likely the future GK prior to Demarconnay’s retirement, between the posts. Algerian Yanis Laïb would be called up from RB Paris II to serve as backup. Demarconnay won’t be the last retirement hanging over Evra’s head with right-wingers Jonathan Pitroïpa and Lalaïna Nomenjanahary announcing their retirements before the season, only Pitroïpa will figure into the current squad. 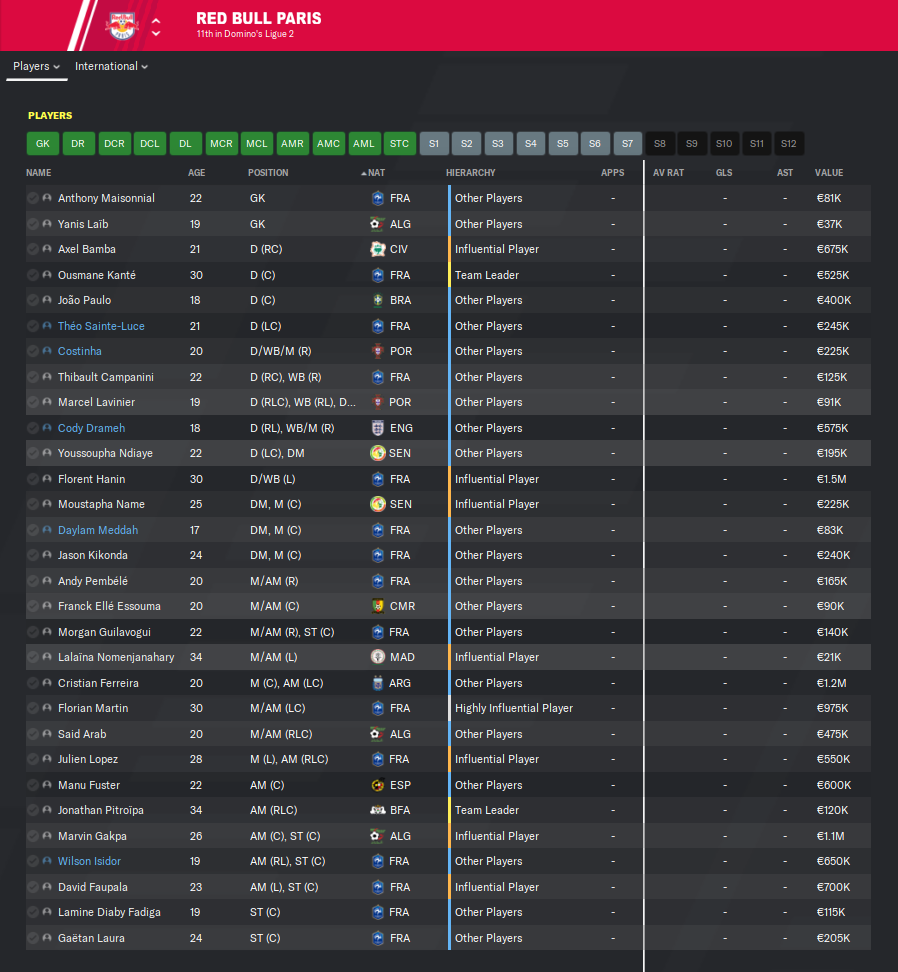 Demarconnay’s departure also forced Evra into re-evaluating the leadership structure, going with former Vice-Captain Ousmane Kanté and promoting veteran midfielder Moustapha Name to his vacated Vice-Captain slot. The shuffling also created an opening for improvement as senior GK Coach Mickaël Boully would leave the club after his contract expired and Evra opted not to renew it, instead the club would bring in Cristian Mas who spent the last two seasons at Le Have AC. The hiring would be considered a solid upgrade with the hope that his experience will help Maisonnal settle into the starting spot and improve quickly.

Things look even worse in attack with two of his best attackers, RW Jonathan Pitroipa (34) and Florian Martin (30), moving past their prime and on the other extreme Evra will be looking to Lamine Diaby-Fadiga (19) to hold down the center forward position in his second senior season after coming over from OGC Nice on a free. The addition of Cristian Ferreira on a free transfer looks like a huge snag for Evra, the team was in desperate need of a creative attacking element in the middle of the field and he could be just that. Beyond that the first time manager is grasping for anything that will bolster his squad, specifically on attack and at wing-back. Evra did manage to fill those holes during the transfer window, but most of them were done with loan signings that are more like a high-risk high-reward venture. Landing right-winger Wilson Isidor from AS Monaco was a big win, despite his age he floated right to the top of the depth chart and looks to be the starter on the right. He’s the kind of player Evra could really use long term but an outright purchase was out of the question with their transfer budget. Cody Drameh was also a major win, the Fulham right-back represents a massive upgrade and will hopefully combine with Isidor on the right to form a dangerous attacking duo.

CB João Paulo took up the bulk of Evra’s transfer budget and managed to force his way into the senior squad over the summer, so far his signing is looking like the kind RB Paris desperately need to keep improving. He lacks pace but his passing and positioning has proven key, it also helps that he’s shown himself to be dangerous on corners during practice and games. Evra hasn’t admitted it to the media, who constantly press him on the issue, but their big signing has pushed Axel Bamba out of the starting lineup. If he continues to play well he could be the difference between a mid-table finish and a playoff spot. 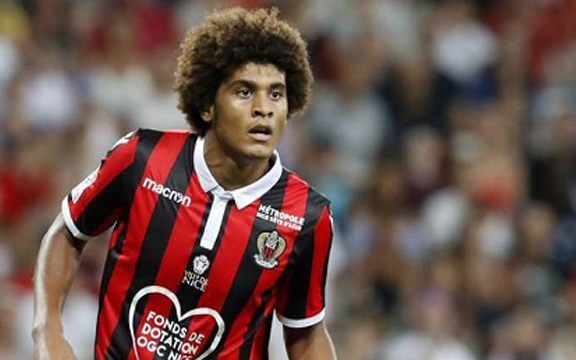 Can Diaby-Fadiga handle the responsibility?
1