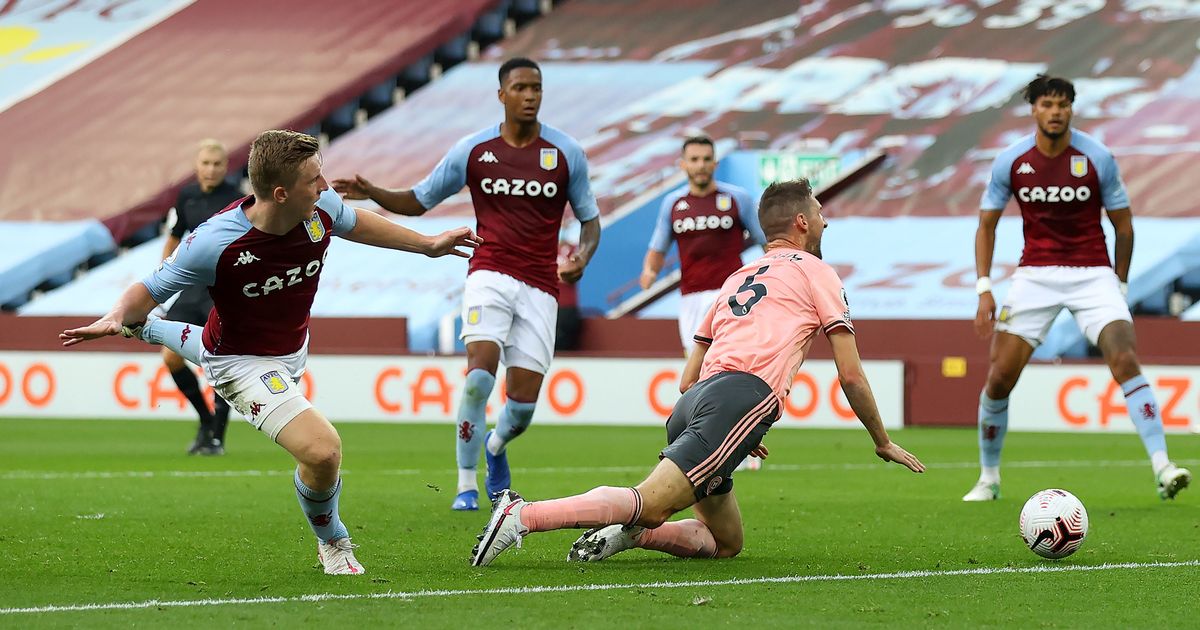 Wes and Watty immediately sounds to me like an English slapstick 80s comedy series, but it's been anything but in January. I was reserved in my thoughts about Wesley. I knew Watkins' ability and always intended that he'd be here to stay but never did I think Wesley would stake a claim for a place in this team.

I'm still not 100% sold but this month it's been nothing but net for the Brazilian and not only that, he's picked up more than a few assists for his striker partner on the way. In the role that he plays as a target man he's expected to score but as Watkins is our main striking outlet I like to see Wes holding up the play and creating chances too. He's doing just that.

There were some slip ups in the league, we always felt we should be beating Sheffield and we very nearly did. We were pegged back in the 90th minute and were left with only a point. I had been looking for a while at bidding for Oli McBurnie as a replacement for Wesley but just as I had made enough money to bring him in - He signed a new contract. No better time for Wesley to up the ante.

Speaking of sales, a few left. El Mohammady, Ell Ghazi, and Nakamba all left the club this month and Hourihane will be jetting off to Seattle in February all for a combined fee of 18M. It's important we make up the funds for next season.

We did bring in a replacement for Hourihane in the form of Jack Cork. He comes in on a 2 year deal for 4M. A no brainer really, we needed the cover, it wasn't much money and he's still a fantastic player who had no problem playing second fiddle to McGinn.

Curtis Jones has also joined us on loan until the end of the season.

We picked up a brilliant draw thanks to that name again, Wesley, against Manchester City. I went in slightly different with more of an aim to win the ball back in the centre of midfield but by half time we were 1-0 down and nothing was going our way. I reverted back to our normal 442 and we got the equalizer!

We continued to dominate the citizens and should have won the game, but I'll take a point certainly.

It was all about the cup though. Our biggest chance of success at the moment is in the domestic competitions so I always wanted to do well. With two outstanding victories against Coventry and Nottingham Forest we made it to the fifth round against local rivals Wolverhampton at home.

A tough game, but we've been in this spot before. We know we can beat them.

To end the month on a complete romping was a bitter pill to swallow, the only consolation was that the game before hand we absolutely battered Southampton and that would more than make up for the points lost against Chelsea, seeing as we weren't expecting to win any in the first place. 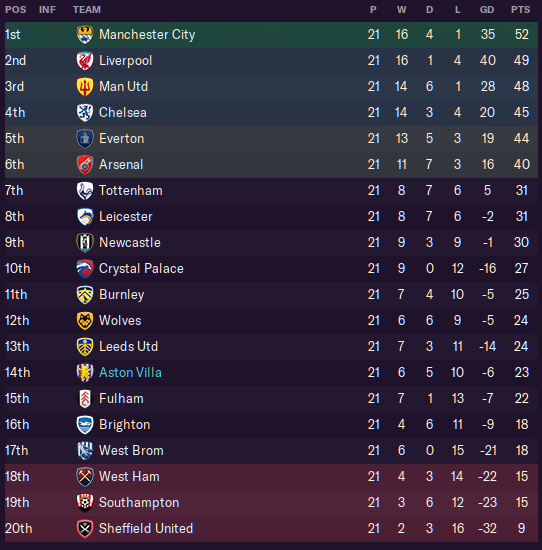 14th in the league isn't too bad. We're performing well but not getting the lady luck we need. Improvements can definitely be made to this team but it's promising to see that we can out perform almost anyone on our day with what's currently at our disposal.
1

You are reading "The Sir Alex Ferguson Challenge".