kingcraigan
10 years
Eastwood Town New Tactics:
After shipping quite a few goals in the opening month, I decided to change my tactic to a more attacking one. I used a tactic called "Xenon's 4-2-4" but I can't remember where I found it. I have used this tactic before with a lower premier league team and a championship team; both gave me good results. 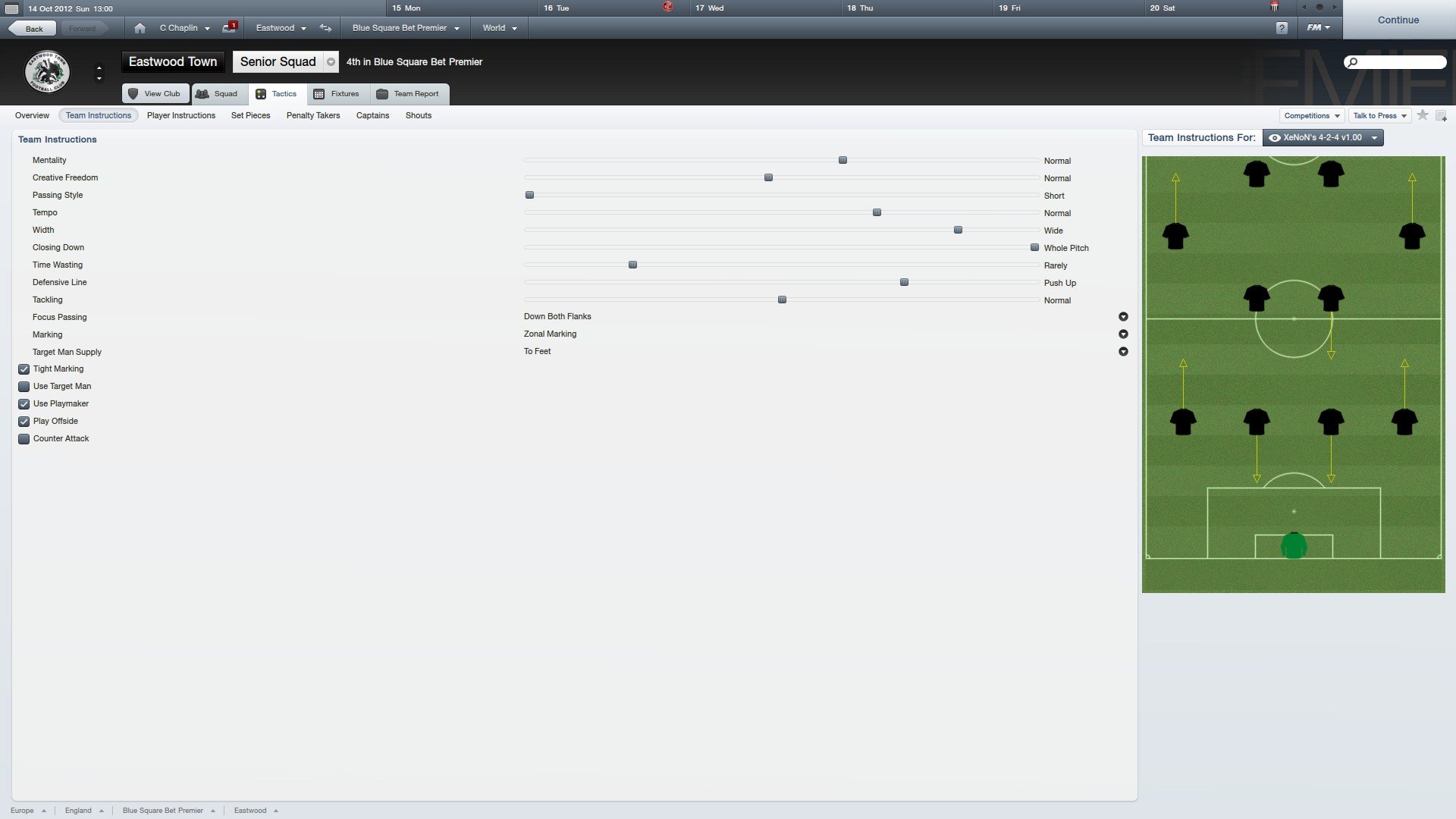 Hopefully, this tactic will enable us to control the possession and score a lot of goals.
1