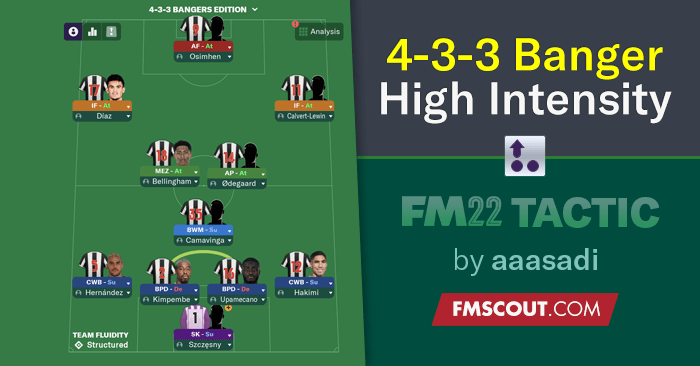 This is a high intensity attacking tactics. you need backup players to play with this.

You will dominate your game and score a lot.

I played with this tactic with Newcastle, 53 matches unbeaten in Premiere League, 85% win (45W-8D).

Just try this tactic and you know. 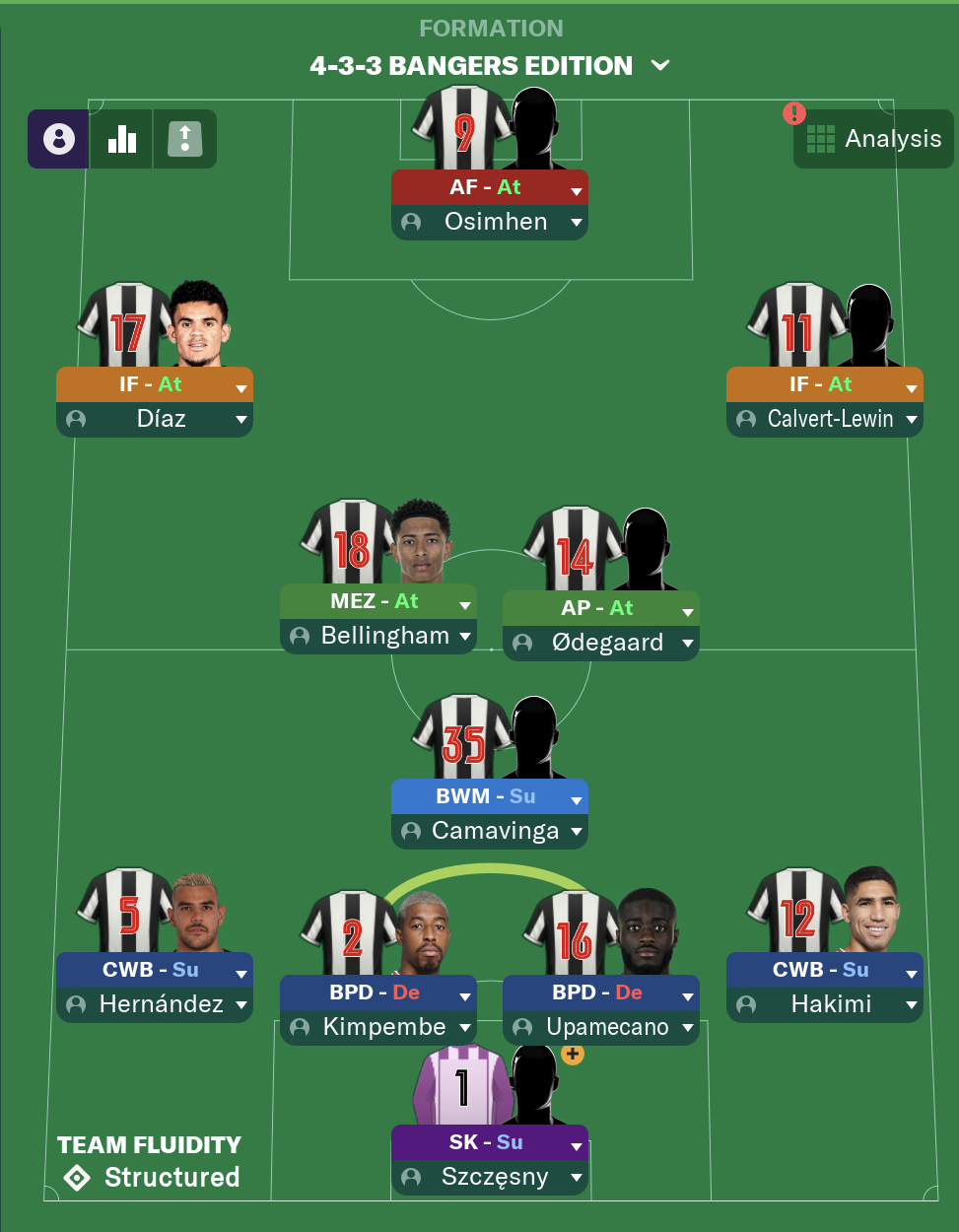 - some changes in roles of some positions (CWB >> FB and etc.)

- you may need a good depth in squad for this tactiv as it's a high intensity one.