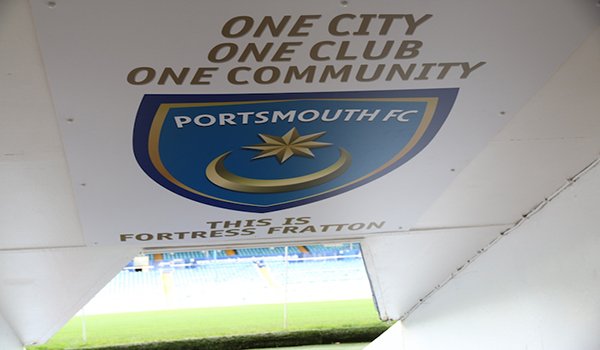 Just a week after awaking from coma, Joshua Hull has returned to take his place back in the Pompey hot seat and passionately told reporters: ‘The battle begins now.’

With the media arriving at the club’s training ground for the traditional Friday pre-match press conference, ahead of the trip to bottom of the league Cardiff City this weekend, they were ever so surprisingly greeted by the unmistakable grin of Joshua Hull.

Gone was the doom and gloom around the club, and the miserable faced Alessandro Del Piero, replaced by the smile of a man who really has nothing to smile about at all. Sufferer of a horrific car crash on his way home from, incidentally the Pompey training ground, the much loved lifetime supporter of Portsmouth is lucky to still be alive.

While he was locked away in a local hospital, his beloved club was being torn to shreds by the Italian caretaker manager, Del Piero. But Hull speaking in front of a packed room, refused to accept defeat in the bid for a strong league finish and silverware this season, despite the club sitting in 10th place in the Barclays Premier League standings, and 16 points off top of the table Manchester United.

”Things obviously didn’t go to plan while I was gone, for one reason or the other but the players, staff, fans and everyone involved with this fantastic football club really need to pull together now. It’s about looking ahead to the future, and getting our season back in track. In my eyes, the battle begins now, we have a big opportunity to do well in the Champions League and as for the league there is still plenty of time left for us to push up the table.”

Del Piero’s future at the club and position as assistant manager was a regularly asked question to Hull, but the Englishman refused to be too drawn on the former Juventus striker’s situation.

“Alessandro was seeking a managerial job and I think this would have given him great experience for the future, it was a very tough job of course and he probably wasn’t quite ready but it is not my right to talk about whether he will be staying or leaving the club, that is in the hands of the board. In my honest opinion, he is a great person for me to be working alongside with his knowledge of the game invaluable and very useful.”

It would be the perfect return for the man back at the helm of the Blues, if his team were to pick up all three points when they visit the Cardiff City Stadium tomorrow, with a warm welcome from both sets of fans expected, in respect of his return to health of which he claimed he has ‘absolutely no problems about’ and is now ‘looking forward to the challenge ahead.’

Hull: Nobody is safe 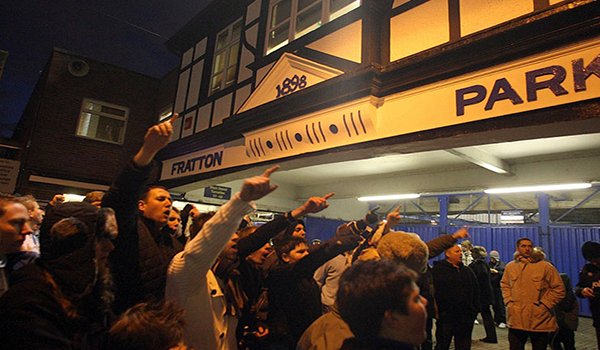 Returning Pompey boss Joshua Hull launched a scathing attack on his out of form players, claiming that ‘nobody is safe’ from a sale in the current January transfer window.

With Pompey languishing in mid table upon the fan favorites’ return to the club, after a devastating accident had kept him in coma, it is understandable that a squad revamp could be around the corner. Many players underperformed to a high degree during Alessandro Del Piero’s spell in charge as caretaker manager and despite this side winning the Premier League last season, the standard of football was simply not good enough.

Crushing defeats to Manchester United, Arsenal and Chelsea epitomized the team’s woes but at the time it was Del Piero taking the hit from supporters, as they voiced their dismay with the Italian’s so called tactical vulnerability and poor man-management skills.

But with Hull back in charge the fans are expecting a sudden upturn in fortunes, however the 30 year old saw things from a much different perspective, claiming that some of the players need to take responsibility.

”Some of the lads out there need to show some honesty and integrity, hold their hands up and take a bit of the blame themselves to be honest. Looking in from the outside I obviously don’t fully understand the situation, but these are top quality players we are talking about and they should be playing to a high level on a consistent basis.”

Hull went on to say, ”At this moment in time, nobody is safe in terms of their position at Portsmouth, with the transfer window open now. They need to prove to me that they are worthy of a place at this great football club, and show some fight at least. If they can’t put in the effort, I know for sure that they shouldn’t be here and I might just have to look towards alternative options.”

On potential transfer targets the Englishman was, as per usual, quiet on names but did admit that he is looking at a variety of possibilities.

”There’s no point asking for any names…I’m not going to tell you! However, I’ve obviously always got players in mind that I would like to bring to the club, but where we are now suggests that we may someone more suited for the short-term. As I say, I am looking at a variety of possibilities available, but that’s all there is to transfer business right now.”

TaroMisaki
5 years
Can't wait to see, who has to leave and who will be coming to you!
Login to Quote

pompeyblue
5 years
TaroMisaki: Thanks for the support bud, stay tuned to find out! The 33 year old was released by the Red Devils in the summer after 14 years of loyal service at the club, and a lot of goals scored, but failed to find a club willing to take him on. Of course Rooney previously played his trade at Everton, scoring ‘that’ goal against Arsenal to properly announce himself to the footballing world.

His big money move to Sir Alex Ferguson’s United followed soon after, winning a full host of trophies during his time at Old Trafford, and scoring a hatful of goals. To be precise, Rooney managed 230 goals while in a red shirt, before being surprisingly let go following the end of his contract in August of 2018.

Now upon Joshua Hull’s return to Portsmouth, and the opening of the January transfer window, free agent Rooney has been snapped up in a deal which will reportedly see him earn approximately £45k per week. Nonetheless, the man back in charge of the South Coast outfit, Hull, believes the signing represents great value for money.

”Wayne is a great character to have in the dressing room and will be a great player for the club, I’m sure. He hasn’t got many years left in the tank, yes, but his experience will be invaluable in and among a team which to be honest is probably an ‘old egg’ so to say.”

The Pompey boss went on to say, ”Wayne has still got quality, no doubt about it, you don’t become your country’s top goalscorer without it. However, I think more than anything it was vital that I got somebody in who can help guide these younger players, and will be able to offer some very useful advice.”

The potato head!
Login to Quote

TaroMisaki
5 years
Let's see if he still got it!
Login to Quote

TaroMisaki: Yep, we shall see...
Login to Quote 28 year old Jung began his career with Eintracht Frankfurt, making his debut in 2009, before establishing himself as a first team regular during the 2010/11 season. Surprisingly, Die Adler suffered relegation that season, but the following year Jung played an important role in helping them bounce back up at the first time of asking.

After 164 appearances for the club, and earning a very good reputation for himself in the Bundesliga, Jung earned a £13.5m transfer to giants Bayern Munich. With Die Bayern, he was an ever reliable player when selected however with the strong competition at the club and the standards so high, he could never quite nail down a spot in the side.

Jung’s contract with the German champions was set to expire at the end of the season, but instead of agreeing a pre-contract deal with the player, Pompey decided to pick up the player now at a cut price which boss Joshua Hull believes will prove to be a great bit of business.

”Just with the Rooney situation, I believe we needed somebody with a bit of experience at the club and extra squad depth, so I am delighted to have signed a player of Sebastian’s quality especially for such a low fee. He may not have played in England before, but I am confident he will make the transition with ease and the decision to buy him will prove to be a great bit of business.”

Jung will take the number 19 shirt while Wayne Rooney who signed earlier this week has been handed the number 27 shirt.

Feliks
5 years
Great value, 550k is a steal for a player of his caliber!
Login to Quote

pompeyblue
5 years
Neal: Hopefully they can live up to the legendary status of the shirt numbers

Pompey back on track 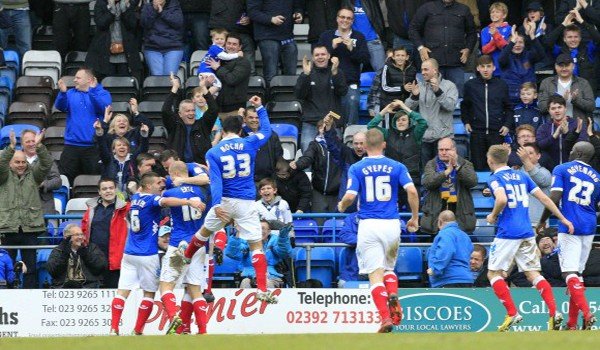 When things were going wrong, Pompey’s managing hero stepped forward again, to save the day.

Lingering in the bottom tier of English football 6 years ago, Joshua Hull took his boyhood club all the way up the leagues with consecutive titles, eventually winning the Premier League title too. After falling into a coma last August, the success, the glory looked gone forever, but his miraculous recovery meant he returned in January of this year, although a big challenge lied ahead.

But challenges are what this young man relishes, and he has got his side turning on the style once more, just like they did on their way to the league triumph last season. 10th place when stepping back into the managerial hotseat, Portsmouth have soared up the league table since Hull has been at the helm again and with the Premier League season having concluded now, the fans will be relieved to see that a solid 6th place spot was secured when for a while it looked as if a top half finish wouldn’t be achieved under caretaker manager Alessandro Del Piero.

During the set of results which helped Pompey to their final position of 6th, Hull did lead his side to an excellent unbeaten run which spanned 16 games and a series of impressive results too, with plenty of entertainment on offer to the fans who had seen so little from their side earlier on in the campaign.

Hull really got Pompey playing in the league, but in Europe is where they will receive the most plaudits as against all odds they have reached the Champions League Final for the second year running. Barcelona, Real Madrid and Manchester City were all defeated on Pompey’s road to the final, with some memorable European nights served up for the Fratton Faithful.

With Pompey suffering defeat to Manchester United in the CL Final last year, the opportunity against Bayern Munich this year is one that everyone will be anticipating greatly and one which simply can’t be passed up if Portsmouth ever want to lift this famous trophy and add it to their collection.

Justice
5 years
Time to set the world alight, go out there and beat Bayern!
Login to Quote