Justice: Appreciate the support, but it isn't gonna be easy....
Login to Quote 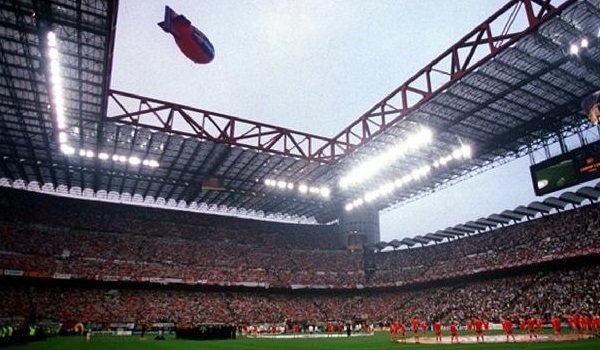 The UEFA Champions League, the crème de la crème, the biggest club competition in football. Today, the final, is what dreams are made of. For the fans, for the players, and for the manager; myself. This was my moment, Portsmouth Football Club’s moment, everything I had ever worked for.

I had been here before too, suffered the pain, and dealt with the heartache of a loss. To see that trophy handed over to the other team, was an unbearable feeling. A feeling I never want to feel again.

In the dressing room, I’m relaying my final instructions to the eleven players that will start the game for us. “Lads, go out their, play your game and bring back that trophy. It’s everything you – we have deserved and I have every bit of confidence in all of you. Good luck, this is it…”

A final cheer, claps and the players depart, heading for the tunnel. Head to head with the opposition for the first time. The German giants, Bayern Munich. They are a team full of superstars, all so composed, as if there’s nothing at stake here at all, but what do you expect from a Pep Guardiola team.

The roar of the fans at the San Siro blows me away, as finally these supporters witness their heroes take to the field, and myself and Pep take our seats in the dugouts. The announcer reads the lineups shaking the ground with the velocity of the noise.

And with that the game was off and underway, the biggest and certainly most important football game of my life. Nothing could compare, or come close to the spectacle. A sea of blue Pompey fans, taking over the San Siro and rocking the ground with the ‘Chimes’, was unbelievable. Mix that with the support of Bayern Munich too, and you have an unrivalled atmosphere.

On the pitch, it was an adrenaline filled beginning. Challenges flying in, chances at both ends, it was already looking like a classic final. It had to be said though, Bayern were performing as the better side, and we were struggling to contain their attacking threat. I was barking orders at my players, ‘get in tighter, ‘put them under pressure’, but we were really under the cosh.

Then it came, the opening goal. 21 minutes into the game, Robert Lewandowski latched onto Thomas Muller’s flick on, devastatingly finishing into the top corner. A fantastic goal, from a fantastic player. We couldn’t handle his pace, power, and skill.

Bayern took even more confidence from the goal too, attacking again and again. Things weren’t going to plan. Nicola Leali pulled out a stunning save 5 minutes later, when it quite easily have been 2-0, probably finishing us off in the process.

It was time to pick our heads up now, move on, and get back in our rhythm. Fortunately, that’s exactly what we did. The players were starting to take my every instruction on board. Get in the opposition’s faces, is what I enforced, and the hassling did pay off.

Michael Keane robbed the ball from his man and launched us on the attack. This is where our quality shone through, and we knocked the ball about with ease, with flowing passes breaking down the defence. Eventually, it was worked out to Kostas Stafylidis, the Greekman sending in a fantastic cross. Suddenly, the crowd’s singing hit a standstill and silence took over the ground as the ball looped back towards Michael Keane, of all people. The crowd readied themselves….GOAL! It was in! In at the near post, we were back on level terms.

2 minutes into the second half, our big chance came. My team talk at the break had clearly made an impact, and Aleksandar Mitrovic was presented with the opportunity of a life time. He had been so clinical throughout his Pompey career, a true striking star. The ball was whipped in from the right, again Michael Keane at the heart of things, falling perfectly to the Serbian… and he made no mistake in finishing .Cue Pompey celebrations of the wildest form,

Now would be a test of character. From 1-0 down, we were 2-1 up and looked good value for our lead, but the remaining 40-odd minutes would be a challenge unlike any other. Bayern Munich would throw everything at us, it proved so.

Yet our defence stood strong. Despite all of Keane’s impressive offensive work, he was now proving where his real qualities are, being a rock at the back. Tension was kicking in however, and so were nerves. Roared on by the supporters though, we kept our resilience up.

15 minutes left. Two changes were made, Agustin Allione on for his pace and Micah Richards as well, giving us more defensive solidity.

Then, the full time whistle. Holding my arms up in the air, I’m immediately mobbed by the players and staff. Incredible scenes. Scenes of triumph, scenes of glory, against everything we had done it.

Up steps Diego Godin, lifting the trophy, so desperately sought by many a club. Yet so few ever do it, so few can say that they have won the Champions League. Even on the brink of extinction this club still fought on and as I trot towards the fans, the cup now in my hands, I present to them the reward for all of their backing.

And then it breaks out. The chants, the worshiping, “Joshua Hull – Football Genius”. I am proudly manager of this club, I can proudly say that I have led Portsmouth back to the top and even further. To the top of world. We are the best in the land, Portsmouth FC, Champions of Europe! 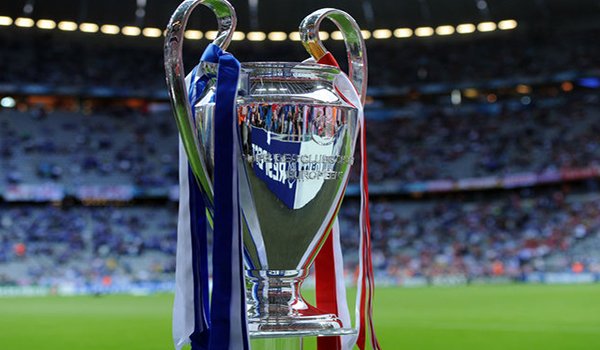 I have improved so much as a writer along our incredible adventure and of course loved sharing every bit of my FM save with you, but I couldn’t have kept motivated without you guys, so a massive thanks for a wonderful year of Football Manager and for making this story what it is today.

Unfortunately, all good things do have to come to an end, but don’t worry an FM15 story from me, will be on the way soon!

InvertedWingbacks
5 years
what. and ending!

massive congratulations Pompey! You've done a great job with this: i'm sad to see it go, but I know you FM15 offering will be just as solid!
Login to Quote

I can't believe this has ended, it is BY FAR one of the greatest FM stories to ever grace the site. This was one of the first stories I read when I first joined FMScout, and it even inspired me to start writing stories myself. Josh, you have become such a good writer and an inspiration to others. I salute you sir for this wonderful story, it will go down in FMScout's history books forever.
Login to Quote