AlexSonwild
6 years • Edited
It would be a lie to say that I have read all your story or even followed it. In fact during the past months I havn't read any stories, however when I saw you had reached 1000 posts (Congratulations!) I felt the necessity to take look.
And I was lucky as you recently wrote a superb review of your Portsmouth's achievements. The following update on the League Cup final was quality! Congrats on the win!

Walter
6 years
lol why do I have to be the crap commentator?!

In all seriousness, a fantastic win, and a very detailed write up!

pompeyblue
6 years
ASR-PSV: Thanks mate, they were great pundits I know

captainbrickarms: Thanks a lot, ikr

Josh: Cheers Josh, it was great to win the game especially in such dramatic fashion. Yes, you do make a great host

Pauker: I'm not too sure about that! Anyway, Mitrovic has already been fantastic for me and I can't wait to see what he can do in the near future too.

AlexSonwild: Cheers buddy, great to hear comments like that and thanks for the congratulations! Looks like you were an active member before, so it's great to see you return to the site! Welcome back

Walter: I'm very sorry about that

Thanks Walt.
Login to Quote 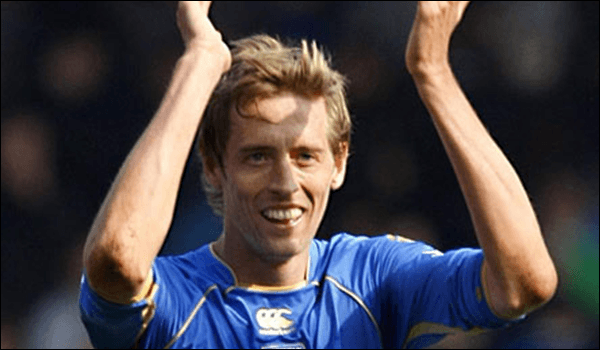 Portsmouth captain Peter Crouch has announced his intentions to retire from playing professional football come the end of the current 2017/18 campaign.

The 37 year old striker has enjoyed a vast career in football, which has lasted 21 years and has seen him play for 11 different clubs. He began his career at Tottenham Hotspur enjoying another spell at the London club later on in his career, and is currently enjoying his third spell at South Coast outfit Pompey. As well as having turned out for those two clubs he has represented Dulwich Hamlet, IFK Hassleholm, Queens Park Rangers, Aston Villa, Norwich, Southampton, Liverpool, Stoke City and Nottingham Forest. In addition he represented the England national team at senior level 42 times, scoring 22 goals.

Speaking after his club’s Capital One Cup Final triumph over Arsenal at the weekend, Crouch formally announced his plans to retire in the forthcoming summer. “I have enjoyed a fantastic career in professional football and have enjoyed every minute of it. But, after much consideration I have decided to come to the decision that I shall retire from playing at the end of the current season. My age is now coming as a disadvantage and I am no longer confident that I can compete at the high standards I set myself, with my current fitness levels.”

The Englishman went on to speak about his pride at some of the achievements in his career as well as thanking his family for their help during his career. It’s been a huge privilege to play for the clubs I have had the opportunity to, I am honored to have played for my country and have loved captaining Pompey over the last two seasons too. There have been some great people in my life too, that have significantly helped in getting me to where I am in life right now, in particular my wonderful family so I would like to thank them. I am now looking forward to the next chapter in my life, and I will look to make an announcement regarding the next direction I will be taking soon.

It is expected that Crouch will link up with the Pompey backroom staff after his impending retirement, with the set up already including a host of former Pompey players such as Benjani, Guy Whittingham and Patrick Agyemang.

MJK46
6 years
That's going to suck when he retires. What staff role are you looking to give him?
Login to Quote

Bayern: Yeah, most likely a coach.

squirmy: Yes. Yes he has.

captainbrickarms: Yep, it's saddening to everyone

Grealish: ‘Stronger than ever’ 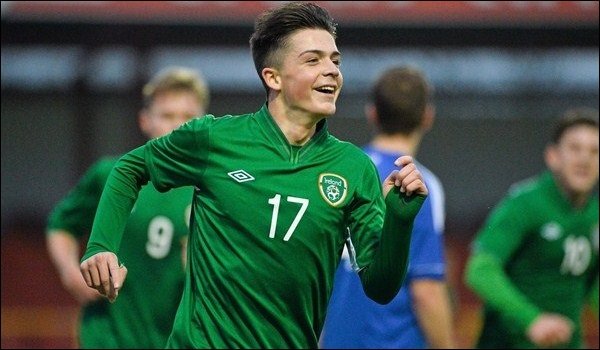 Portsmouth’s 22 year old star Jack Grealish has claimed that their current squad is ‘stronger than ever’ following their Capital One Cup Final success and are confident they can go to win the Premier League title too.

Grealish, who hails from the Republic of Ireland, signed for Pompey in the summer of 2016 from Aston Villa for a fee of just £3.6m. He has certainly been a great signing, and has continued to impress since his arrival. He is still young and has a blossoming reputation that he can become a very, very special in the future.

He traditionally operates as a left midfielder however can play in an attacking midfield role or on the left wing, in addition. So far this season he has made 30 appearances at club level, scoring 9 goals and leading the assists charts for his team with 12 assists. He has also represented his nation 4 times over this year, scoring 1 goal and providing 2 assists too.

After Portsmouth’s Capital One Cup Final triumph, a 3-2 win over Arsenal, Grealish has spoken out to the media and has claimed that Pompey’s squad is ‘stronger than ever’ following the victory.”It was a fantastic victory. To do it in such dramatic fashion, and by winning confirm that we are the champions of the Capital One Cup for a second year running must have been a great experience for the fans of the club. It certainly was for the players! Now after the win, it has given a huge boost to the squad even though we already had great moral and chemistry within the dressing room. The squad is stronger than ever. The players are all fit, in form, happy to be playing for this wonderful club and under a wonderful manager.”

Grealish went on to say that they can use the cup win as an advantage for their league run in and the title race ahead, even stating that there is now even confidence that they will go on to become league champions."Everyone knows it will be incredibly tough for us to win the title. But, with the cup success it can definitely work as an advantage for us. I’m sure teams, managers and other fans are started to get worried about the talent we have which works in our favor hugely. There is a growing belief that we can win this title. It can be ours. If we keep up a good standard of performances, I can’t see why not?”

Josh_MU
6 years
Grealish is such a good player! Great update as per usual.
Login to Quote

Walter
6 years
How do you get your quotation marks to go backwards pompey? xD

In all seriousness another in depth and detailed update