Thanks Pompey !
Login to Quote


Over the years whenever Liverpool have needed a player to inspire them in tight situation , it has been one man – Steven Gerrard . But against Tottenham the Captain had Lucas at his help as the duo gave one of the most memorable midfield displays seen in a long time. Liverpool under Gerrard have seen a lot of goals scored from set-pieces and it continued as Sturridge beat Lloris after a great Gerrard corner. 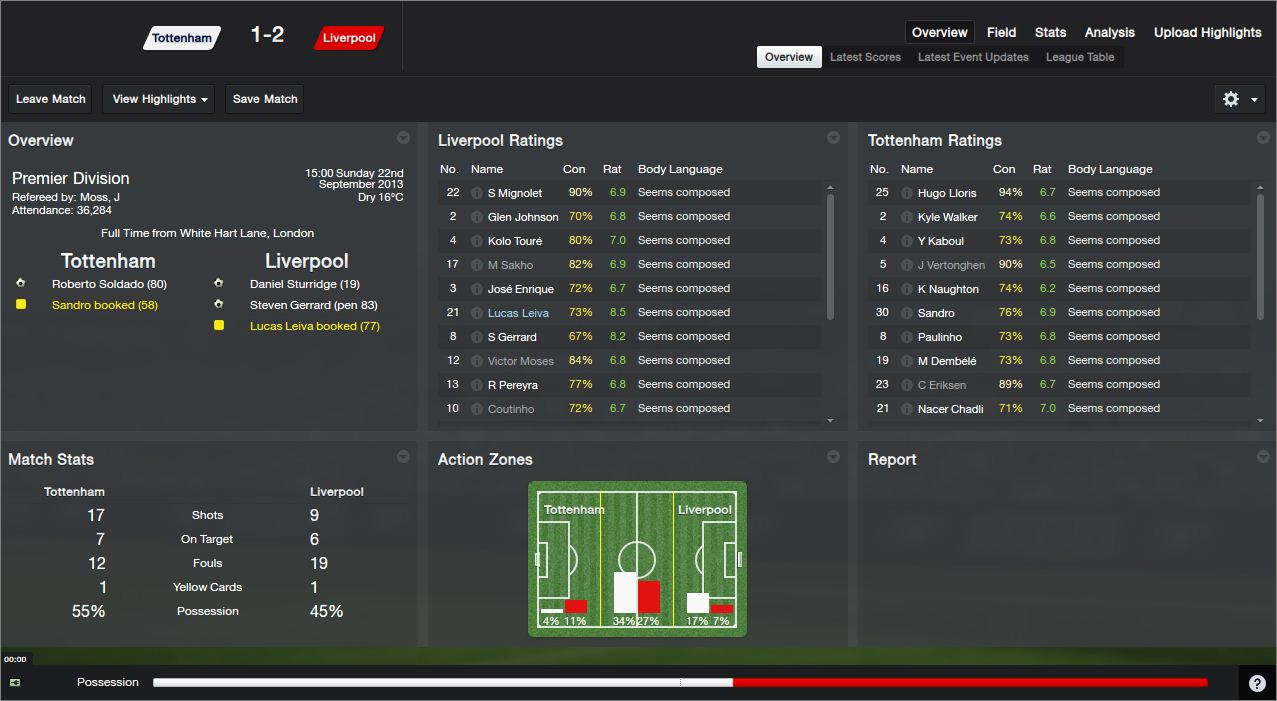 
Lucas Leiva who had suffered an indifferent last season gave one of his best performances in the Red shirt . Every Tottenham attack that began at the centre of the park was beaten by the excellent duo of Gerrard and Lucas. And they were rightly in the front after Daniel Sturridge continued his excellent spell in front of the goal with a 19th minute goal.

While Tottenham enjoyed more possession than Liverpool , they were unable to convert them into meaningful chances. But Nacer Chadli who had harassed Glen Johnson with his direct runs towards the goal from the wings provided a great cross for Soldado to score in the 80th minute.
It looked like Tottenham might secure a point from the fixture , but Lucas had different plans. After an excellent run from the midfield , he was fouled in the box by Dawson. Steven Gerrard made no mistake from the spot to make it 5 goals for the season .

“ It was an excellent result. Last season we had failed to pick up any point at the White Hart Line. It an obvious improvement” said Steven Gerrard. “ We have to make sure that we don’t lose our focus now and try to keep on winning games” . Andre Villlas-Boas was meanwhile furious at the penalty decision “ It was a clean tackle by Michael. I will get in trouble for this but John Moss had made a wrong decision today that has cost us two points”
Liverpool will face Reading in the Capital One Cup at Anfield .


Manger Steven Gerrard handed out debuts to Antonio Adan and Jordan Lussey as Liverpool beat Reading 3 - 1 at the Anfield. Steven Gerrard decided to rest himself once again as Jordan Henderson and Martin Kelly were handed their first starts of the season. But it was Otavio who stole the show with a goal and two excellent assists. 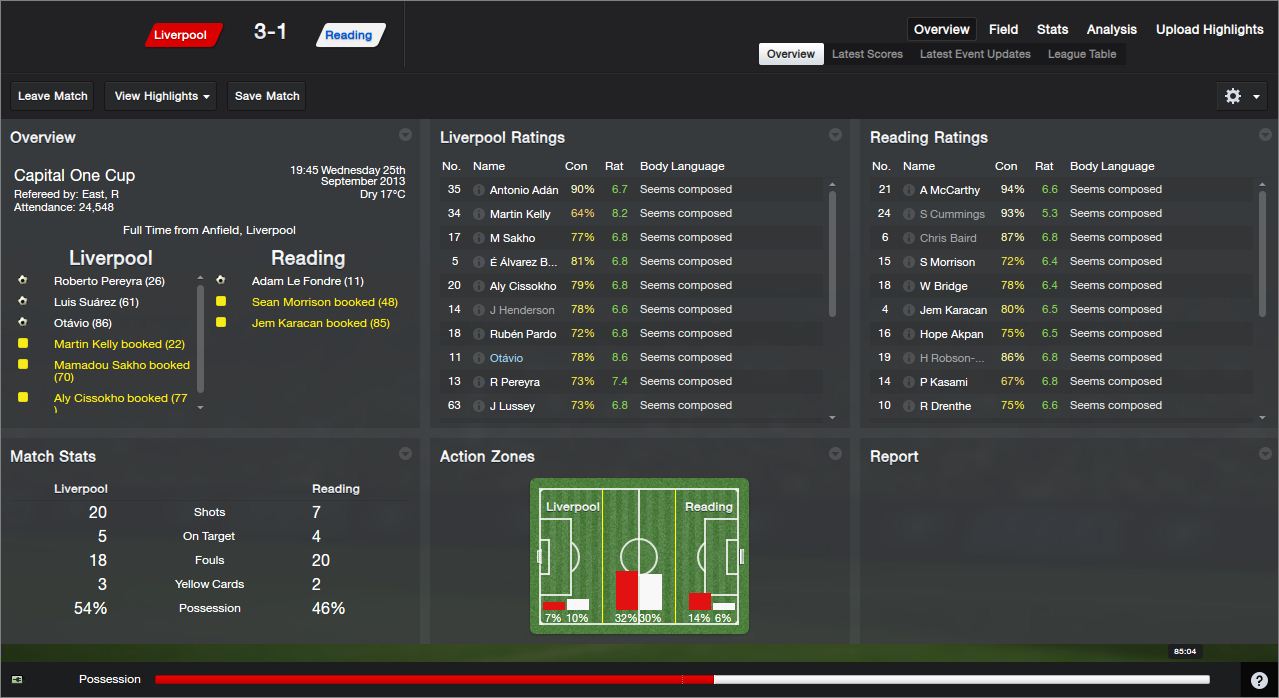 
While Liverpool attack has been excellent throughout the season , they still are facing problems at defence as Reading scored in the 11th minutes to take a surprise lead. A long ball from the defence found Le Fondre one on one with Adan who had no chance as the ball was lobbed over him. But Liverpool soon responded when a cross from Otavio found Pereyra who tapped in to score his first goal for Liverpool. While Liverpool dominated , they were unable to score again till the 61st minute when Suarez who had just returned from his ban made his presence felt with a well taken goal.

A great through ball from Otavio found Suarez who had made an excellent run past the defence and he scored with a thumping shot in the top-right corner. Liverpool had an excellent chance to make it three when Martin Kelly found Henderson in the box only for the midfielder to blast the ball over.

Liverpool rounded up the victory when Otavio scored a well deserved goal when Martin Kelly’s defence splitting ball found him at the edge of the box. The player on loan from Internacional scored a goal from the tightest angle to amaze the Anfield crowd.

Pedro Chirivella replaced Henderson in the 60th minute and thus became the youngest player to play from Liverpool. The defensive midfielder who arrived at Liverpool from cash-strapped Valencia put on a decent display in the middle of the park.

Otavio attended the post – match conference with Steven Gerrard. “ It was a good match and I scored my first goal for Liverpool. I am very happy at Liverpool and hope I can continue my good form” . Gerrard agreed “ It isn’t easy to settle in England and play in the Premier League. But not only Otavio but the other new guys have came in and performed brilliantly. But we still have to fix the leaking defence and that will be one of my priorities.”

Liverpool will face Fulham in the Premier League encounter on 30th at Anfield .

So this is the news-style update. I will try to make sure that both the types get equal amount of important matches. Now that news-style has got the Tottenham match the next important match will be in Manager's Notes.
Login to Quote

First the save file corrupted and I lost almost two months . Secondly I am finding it hard to find the time to write the updates. Initially I had thought I could manage it , but I was wrong. But I will have time from January and I may continue this story then or maybe write a new one .

Again I am sorry for this ... Thanks for reading !