Just after a week after Rodger’s resigned Liverpool have appointed a new head coach .

John W Henry has said on the official site “ It was important that we don’t lose the momentum from the last season where we had an excellent second half . So the new manager has been chosen such that we don’t lose that continuity . The decision was taken after hours of discussion and we are sure it is in the best interests of the club .”


While fan’s might be a bit disappointed due to the lack of the experience of the new manager they can be overjoyed to know that the manager knows the club inside out and has been a part of it for a long time. John Henry continued “ Not only has Steven Gerrard been an important player for Liverpool for a long time , he is a born leader and has contributed to Liverpool in every possible way . He will not only be involved with first – team affairs but will also be a part of the committee named for conducting transfers”

Gerrard admitted he was relishing the prospect of leading Liverpool not only as captain but as a manager too . “ I would like to thank John Henry , Tom Werner and FSG for trusting me with this job. I know it has been a long since we actually won the title , but today we start with a fresh approach . I will try to continue on the excellent work done by Rodgers by adding some ideas of my own .”


Gerrard who has recently acquired the coaching qualification required for managers will now be the first player-manager in the Premier League after 2000 since Stuart McCall had managed Bradford on interim basis .


I was surprised when Rodgers resigned. He was doing a really good job and had absolutely no problem with the owners. Turns out we were under the wrong impression. Just two days after Rodgers resigned I had a phone call from John Henry. I thought he might want my opinion on who should be the next manager. I was completely stunned when he offered me the job. It wasn’t an easy decision to make. I had no previous experience of management. But it wasn’t an opportunity I could let go.

Brendan had some excellent ideas. I plan to work on them and try the squad to learn them along with me. Most of the staff is leaving too. Getting new coaches will have to be my first priority. Another important area to improve will be the scouting section. Last season Coutinho was an excellent find. We need a few more transfers of that type. Also I plan on promoting a few players from the Academy. The likes of Kelly , Wisdom , Ibe , Sterling are doing really well . We can’t have a great team without a few players who know what it takes to wear the famous Red colors. As Colin Pascoe is leaving too , I need a assistant manager. I am hoping I find one who has spent a long time in the EPL. I will need his help for analysing the opposition. I asked Jamie if he would like to join the coaching staff. Unfortunately, he has refused but said he might available in the future.

I hope my spell as a manager is a success. The owners have put their trust in me when they could have easily appointed someone else. It’s time to prove they made the right choice .

I have taken some inspiration for this update from Glenn T’s story with Jamie Carragher from FM13 . And this is the last update till I get the game , hopefully before 2 November .
Login to Quote 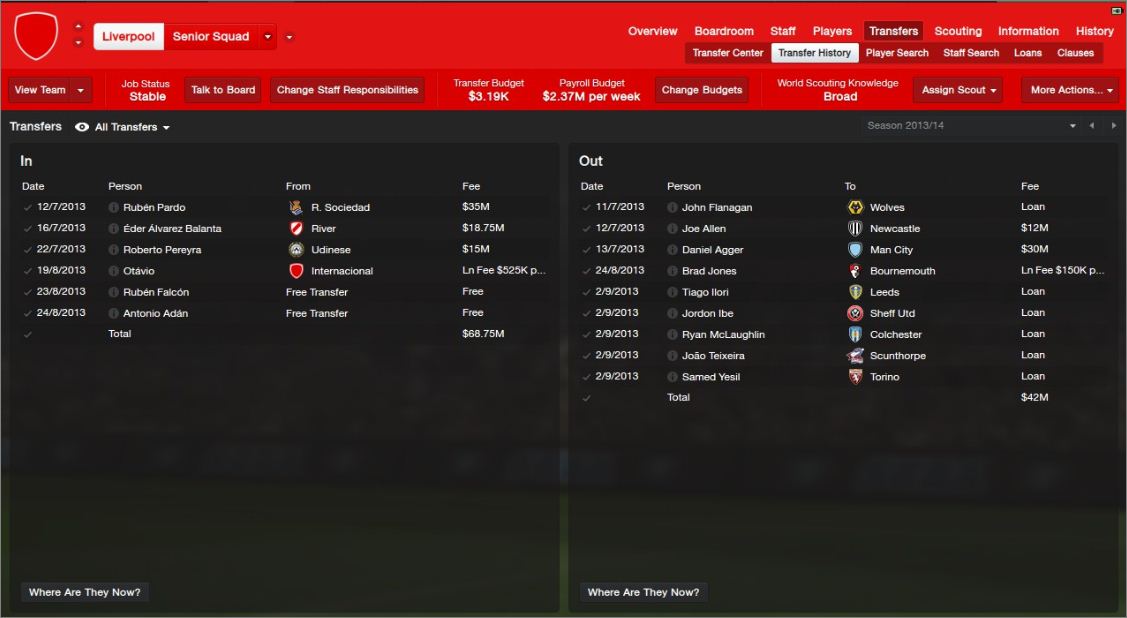 I knew I had to strengthen some areas in the squad . While the defence was stacked up the midfield wasn’t deep and simply put some player’s were not good enough. Working with the scouting staff we discussed a few names. In the end we decided to go for Ruben Pardo from Real Sociedad , Roberto Pereyra from Udinese . Otavio from Internacional came on a loan deal with a option to buy . Ruben cost us a lot but I am sure he is worth it. I see him as my successor in my current deep lying playmaker role. Roberto will provide competition to Coutinho. I brought in Balanta to replace Agger. It was a difficult decision. Agger was 29 and at his prime but Manchester City’s offer of 30 million was too good to resist. The other important departure was Joe Allen. Quite frankly I did not see a place for him in my future sides. He hadn’t proved his worth in the last season when Brandan had put his faith into him. Brad Jones looked quite poor in preseason but Mignolet was solid. But Antonio Adan was available on free and Brad Jones left on a loan to Bournemouth. I loaned out a few youngsters for the first half of the season . It would be ideal to see them have some playing time in the lower leagues. 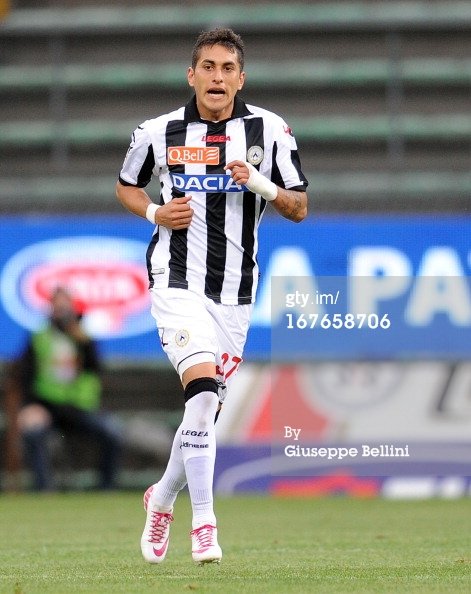 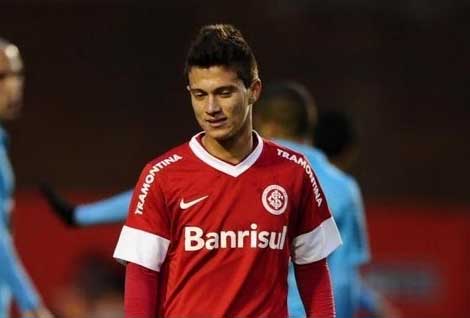 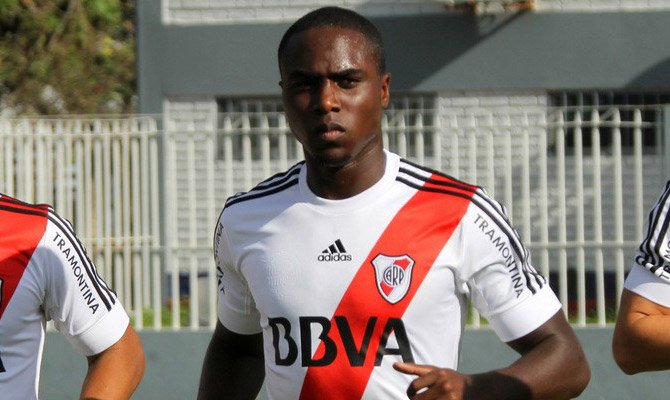 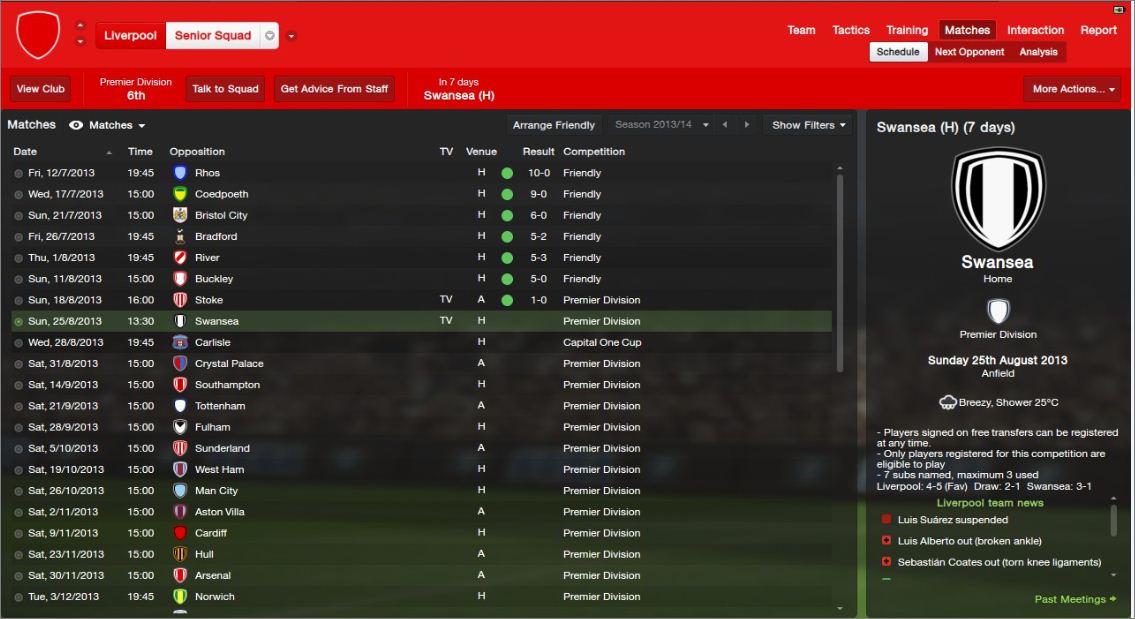 There is just one word to describe the pre-season – fantastic. The guys played some good football and while it was obviously against smaller teams I got good idea which players were accepting my approach to the game. Lucas has been very impressive and so Pereyra who has seamlessly integrated into the team. Simon Mignolet remained unbeaten throughout the pre-season. I have my doubts over Iago Aspas , Andre Wisdom and Aly Cissokho. They haven’t performed well during the preseason. And while Aspas and Cissokho are new signings , Wisdom has a whole Premier League season under his belt. Their performance will be analysed by me and the new Assistant Rodolfo Borrell . Rodolfo has been at the club since the Benitez era and he was more than happy to accept the job. He is quite experienced and I have known him for a long time. There also a lot of changes to the scouting system.

shylax
7 years
Nice preseason results but there's nothing like league competition. I know who exactly none of those guys are.
Login to Quote

patrick1
7 years
I do think you overspent on some players and great fee for agger but not to a rival team. if it had been a team abroad yeah definitely
Login to Quote

Aaron
7 years
Doing very well, keep at it! This story has potential to become big! Good luck.
Login to Quote

I know . I usually play against weaker teams in pre-season and you test my tactics :-)
Login to Quote

I'm glad you think so Aaron :-)
Login to Quote

Yes. I overspent on Ruben but he was one player I really wanted for the team. Agger was sold to finance that move and the only offer was from City so I had no choice

Liverpool edge out Stoke in a close encounter


Liverpool started their Premier League season in style with a victory over a determined Stoke side . While the Stoke defence was carved upon a numerous occasion , debutant Aspas who was leading the side in absence of Luis Suarez , failed to convert any of the chances leading to a miserable first display in front of the away crowd . 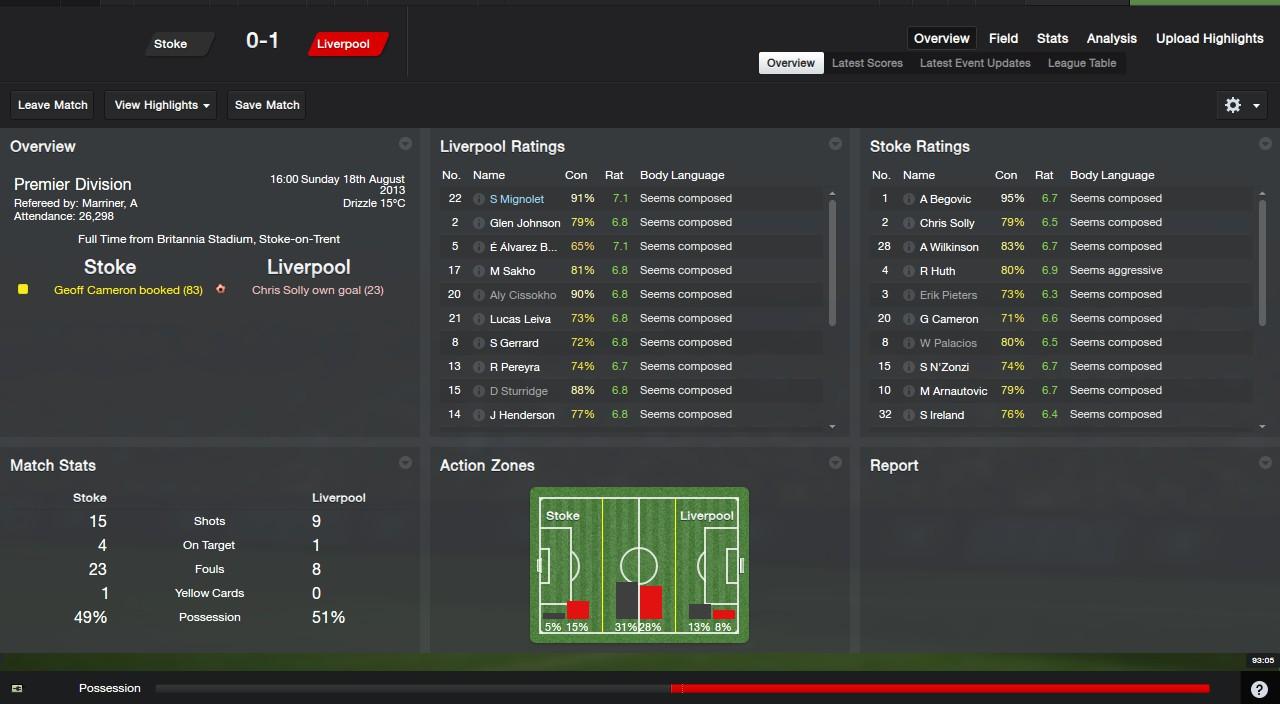 Liverpool’s attempt at goal were thwarted constantly but the excellent Begovic . But his defence was breached from a Steven Gerrard corner which was powered to goal by new – singing Mamadou Sakho , whose header was deflected by Chris Solly resulting in the well deserved goal .

“ It is a good result against Stoke. We have to consider the fact that the Britannia Stadium is one of the most difficult venues to play at.” said Steven Gerrard , Liverpool Captain and Manger .He added “ We still have to improve a lot. Especially in finishing off the game. More often than not it is the difference between a win and a draw. But I am happy with my team as they remained focused until the end of the match ”

Former Liverpool defender Jamie Carragher and banned striker Luis Suarez were in attendance at the Britannia Stadium. Stoke assistant manager Mark Hughes conceded that the result could have been much worse without the heroics of Begovic. “The team tried their best and did not lose their confidence . Begovic was excellent and kept us in the game”

Liverpool’s next encounter will be against Swansea at Anfield on the 25th at Anfield .


After some 8 matches in charge I am getting to know how the team is responding to my tactics. I am going to prefer a 4 – 2 – 3 – 1 formation with no winger’s but three attacking midfielders . Behind them Lucas will provide defensive cover and I will have the job of recycling the ball from deep while keeping my defensive discipline. The formation will look somewhat like this 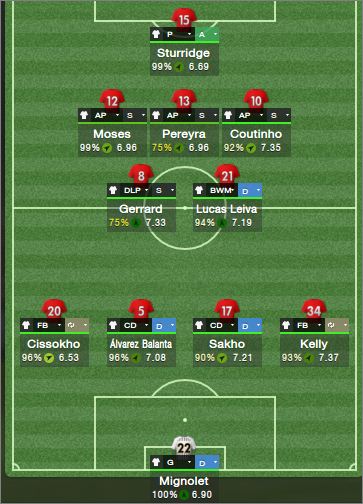 The plan is to play attacking football while not leaving the defence is shambles. A lot of focus will be put on creating chances from the front ‘3’. An other formation I will be using sparingly will be 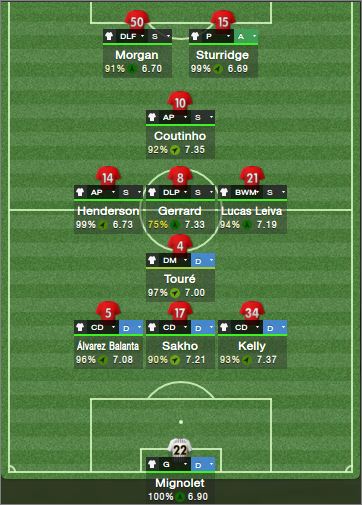 When Suarez eventually returns we will have two quality striker who have shown how well they complement each other during the last season. The task on creating chances will fall on mainly on the AM and sparingly on the third midfielder. 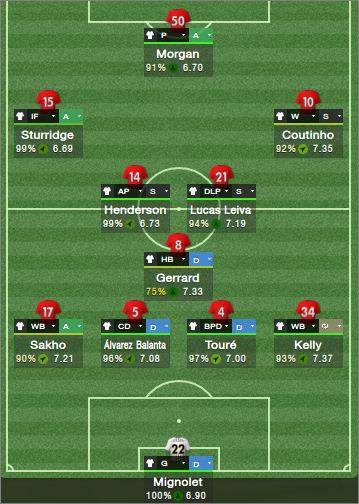 While I was quite happy with my tactic’s , Rodolfo pointed out that the team will lack width in any of the formations I had suggested. It was an important issue but I still have faith in them. But I will also consider the tactic he has suggested.

shylax
7 years
That's an interesting formation in the middle, and a nice smash-and-grab against Stoke.