Hey guys, This will be my first story on fm14, and I hope for it to be as, if not more successful than previous stories such as my Pentagon Challenge attempt and Jimmy Bullard story.

I wanted to try making a small club from an obscure nation in Europe into a champion beater. I decided to go into the second tier of Turkish football, the PTT 1. league. My team? Manisaspor. 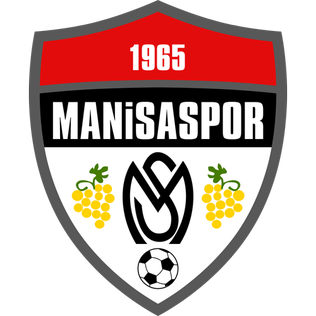 Manisaspor was founded in 1931 as Sakaryaspor, although the club was not located in Sakarya. The original club colours were black and white. Sakaryaspor won the Manisa Amateur League 15 times, and finished 3rd in the Turkish Amateur League in 1954. The club ceased operations during World War II, but continued competing in 1946. In 1964, Manisaspor were allowed to compete professionally in the 1.Lig as Manisa Sakaryaspor. In their first season, the club finished with 16 points, earning them relegation. However, on 15 June 1965 at 21:00, Sakaryaspor officially became Manisaspor, and the club was allowed tom compete in the 1. Lig again.
Manisaspor spent the first forty years of their existence in the lower leagues of the Turkish football league system. In 2001, they received a financial boost from Zorlu Holding, who injected the club with money. In turn, Manisaspor were re-branded as Vestel Manisaspor. Their first promotion to the Süper Lig came in 2005 under the guidance of manager Mustafa Denizli. Denizli left the club after they had secured promotion with three weeks left, and was replaced by Levent Eriş.
Ersun Yanal was named new manager for the 2005–06 season. At the end of the winter break in the 2006-07 season, Manisaspor were flying high in fourth position. However, they could not keep up the results, finishing in 12th place, four points away from relegation.
Login to Quote

BeanyUnited
6 years
Will be following

Hopefully lots of twist and turns!
Login to Quote

Despite this title, I will be following. Good luck!

Kane
6 years
Lucas, I love you so much, purely for the title. <3
Login to Quote

Rab: I know, I'm a genius;) Cheers
Login to Quote

shylax
6 years
That is a terrible terrible title and you should feel disgusted. I love it! XD
Login to Quote

Manisaspor manager Reha Erginer was found dead in his home earlier today. It is believed that he wasn't happy about his team being relegated in the previous season, so decided to down 384,928,592,771,501 pills in a time span of 15.381 seconds. If this hadn't have killed Reha, he would have had a world record to his name.


This means that Manisaspor will be looking for a new manager. There Isn't any obvious managers that we are aware are in line for the job, however a number of high profile managers such as Steve Kean have shown early signs of interest. A few other names linked to the job are Roberto Di Matteo, Terry Connor & Gerard Houllier.
Login to Quote

Jer
6 years
I agree with Arvind. Love the title, but I must ask.. Did Alex's cat step over the keyboard for the number of pills?
Login to Quote

You are reading "Manisaspor - Talk Turkey To Me ♫".