Hey guys, This will be my second story on fm14, and I hope for it to be as, if not more successful than previous stories such as my Pentagon Challenge attempt, Jimmy Bullard story and maybe even Manisaspor.

I wanted to try making a small club from an obscure nation in Europe into a champion beater. I decided to go into the second tier of Belgian football, the Second. league. My team? C.S. Visé .

The club was founded in 1924 as C.S. Visétois and received the matricule number 369 from the Belgian Football Association. Their first spell in national football was in 1948-49, and their remained at this level for two consecutive seasons. Starting from the 1960s, the club will play several seasons in the Belgian Promotion again, each decade until the 1990s. In 1996, they finally reach the third division, by winning their series in promotion (serie C). In July 1994, they achieved their best result in the Belgian Cup by reaching the round of 32, to lose to rivals Standard Liège. In 1998, they promote to the second division via the promotion playoff. They played two consecutive seasons at this level, then were relegated, to come back the next year in the second division, this time for 4 consecutive seasons. They were promoted to second division in the 2009–10 season.


P.s If you don't understand the title I'm taking the piss out of this shitty book called "Of Mice And Men"

Aaron
7 years
And there it is, your 'not normal team'

Lucas
7 years
Naveed - I know;) Cheers!
Jason - Thanks pal
Aaron - Shush you xD Cheers
Alex - Not at all, just creative

DeanByrne1995
7 years
Looking forward to this as much as the others! Good Luck 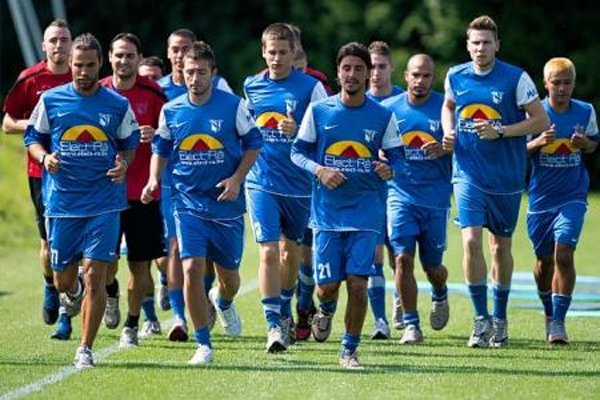 The first goal arrived early for the main Visé squad. Arnaud Biatour with an excellent goal as he skins an opponent before scoring a real poachers effort. Biatour's second arrived just 3 minutes later(8th min), this time being struck from around 30 yards out, placed into the top right corner.

It went from bad to worse for the Under 21's as Reda Jaadi put Visé 3-0 up in the 19th minute. He scored a tame shot to round off an exquisite team move. The 4th goal soon followed, being scored by Ioannis Masmanidis. The shot was pretty poor, but still managed to find the back of the net thanks to the aid of the woodwork.

Seconds until the sides went in for half time, it was made 5 by Biatour, obtaining his hattrick. The goal was scored with the head from 6 yards out, wonderful delivery by Masmanidis. The sides went into half time, Visé 5-0 Visé U21's.

It took until the 63rd minute for the 6th goal to arrive. This put a new name on the scoresheet, with the goal coming from Daan De Pever.This was a well struck volley, delivery again from Masmanidis. Visé seemed to have got there mojo back, as they scored once again only one minute later through yet again Biatour.

In the dying embers of the game it looked like 7-0 was going to be the end of the U21's beating, but that wasn't the case, as in the 89th minute Jaadi scored his second and final of the game with a header from point-blank.

Slid3Tackle
7 years
Uhh..you destroyed them! I wish you good luck with your story!
Login to Quote

Walter - Shhhh you :')
Login to Quote