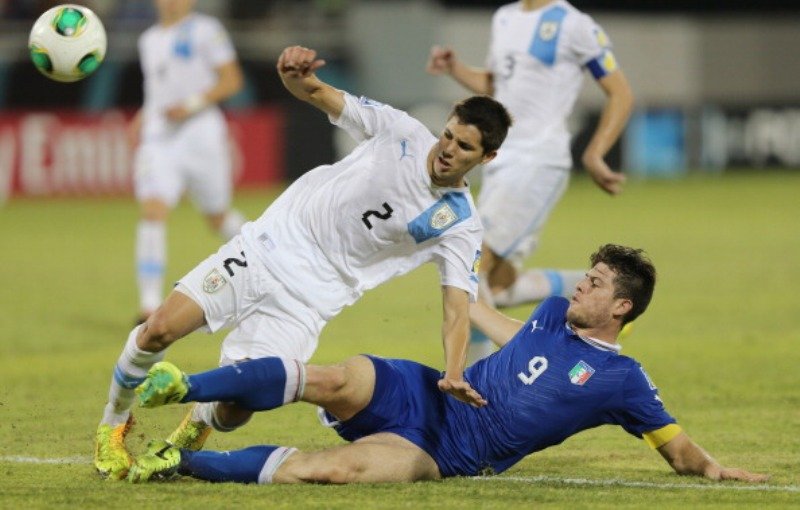 
Young Italian prospect Alberto Cerri is being courted by some of Europe's top teams, and the striker has spoken of his sheer delight at even being considered as a prospect for teams with the stature like the ones interested in securing his signature. The 17 year old is available to sign on pre-contract terms, which will see Parma be paid around £825,000 in compensation. There are currently seven teams interested in the 'wonderkid'. Real Madrid, FC Barcelona, Chelsea, Manchester City, Manchester United, Paris Saint-Germain and Atlético Madrid have all made bids for the Italian, but with a lot to consider for the young man, things could take a while to progress, and there is also talk about other top clubs becoming involved in the transfer battle.

LFC
8 years
Thanks for all the comments guys!
Login to Quote 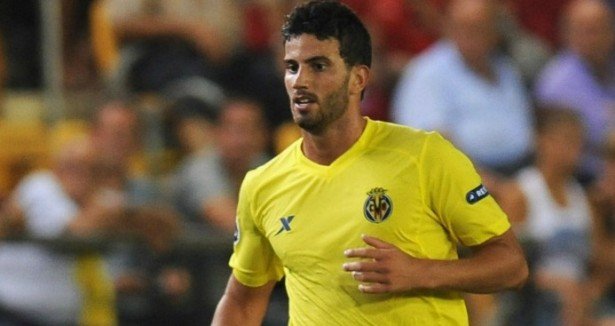 However, as part of the transfer agreement between the two sides, the 22 year old will be spending a season on loan at El Madrigal, with Villarreal keen to keep the capped Argentina player. Madrid were not the only club interested, with Italian giants A.C. Milan also reportedly having made a bid of the same amount that he was bought for. The fee involved was £1.7 million, but clauses mean that it may rise to £2.1 million. Ruud van Nistelrooy has labelled him as a long term replacement to Pepe, who is a reported target for Barclays Premier League side Chelsea.
Login to Quote

TylerK
8 years
I love RVN! (No homo)
Login to Quote 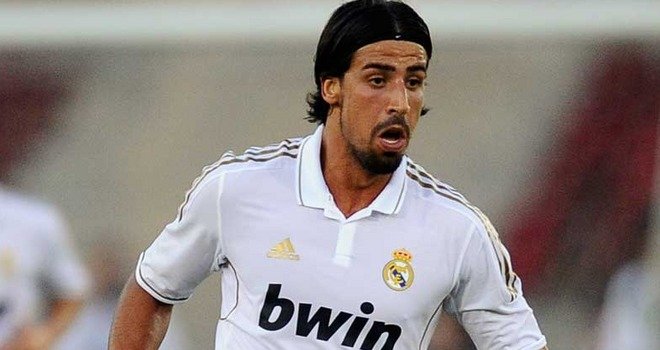 Paris Saint-Germain have signed German midfielder Sami Khedira from Real Madrid on a five year contract. New manager Ruud van Nistelrooy told Khedira that he would not feature in the first team a lot under his management, although no transfer request was handed in, insists the players' agent, Marcel Kramer, whose clients also include Bayern Munich's German prospect Mario Götze, also from Germany, and Chilean midfielder Arturo Vidal, who plays for Juventus. A.C. Milan were also interested in the player, and had made a bid, but Real Madrid rejected, as it was lower than the amount that PSG paid.
Login to Quote 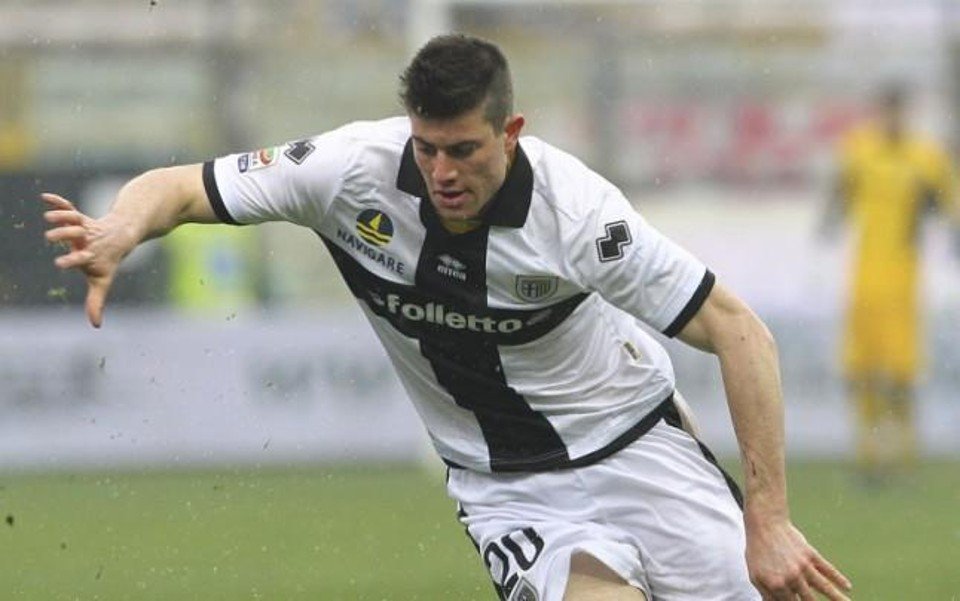 After a long battle with some of Europe's top teams, one of Europe's most promising talents has decided to join Real Madrid. The stature of the Spanish side was clearly too appealing for young Italian striker, Alberto Cerri, who signs from Serie A side Parma for £825,000. League rivals Barcelona were also among the frontrunners to sign the 17 year old, but Real Madrid were determined to sign him up, and reportedly offered him a £3,500 per week contract in order to do so. Cerri claims that the other teams offered around £1,000 less than the Liga BBVA side, although he insists that he did not join for the money. Ruud van Nistelrooy has already taken a big step in the youngsters' future development, by placing him on the loan list, with several teams from his home country interested in him. 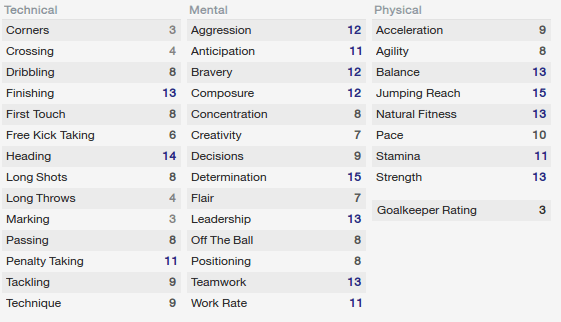 
Ruud van Nistelrooy got a chance to see his new team in action, as Real Madrid played their first friendlies under their new manager, with six games being played across the last two months. Two of the games were part of the friendly tournament set up by David Moyes' Manchester United in 2009, The Sir Matt Busby shield, in memory of one of their most famous managers. 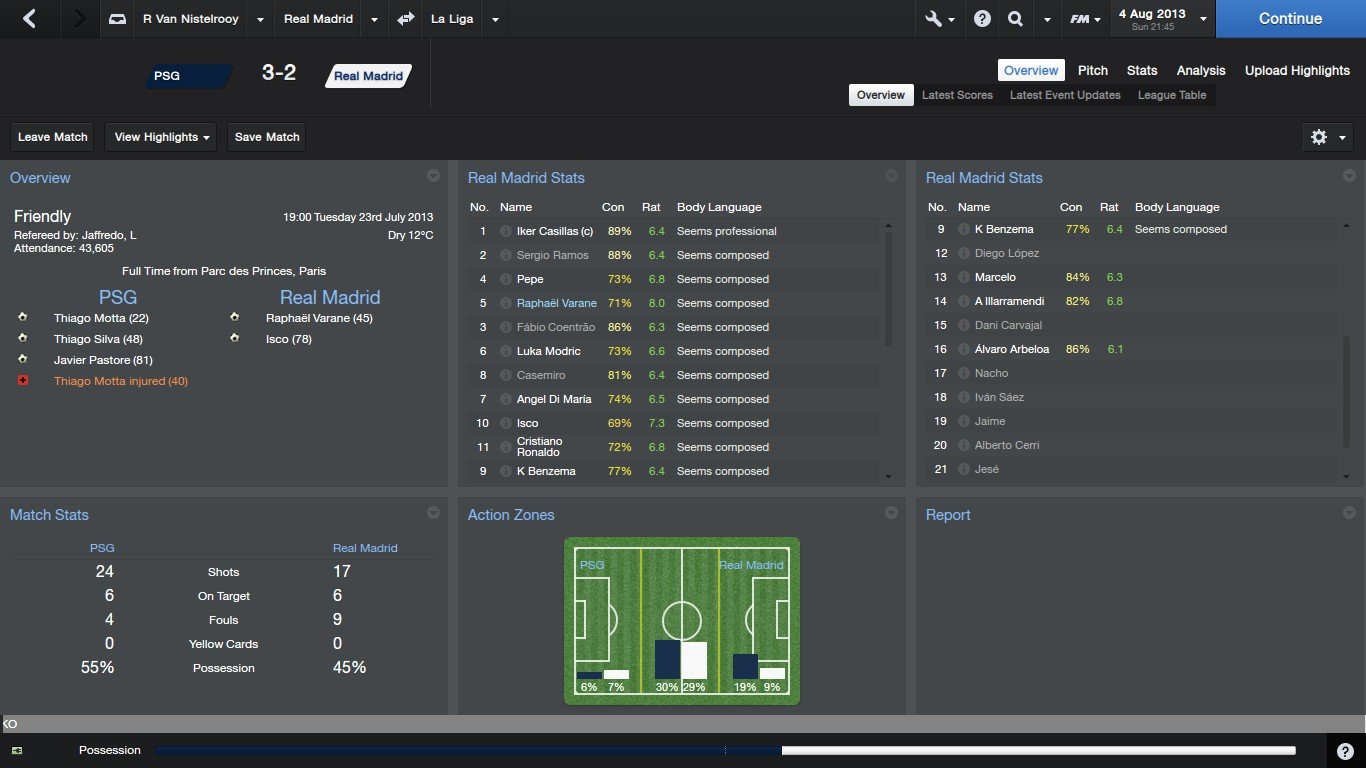 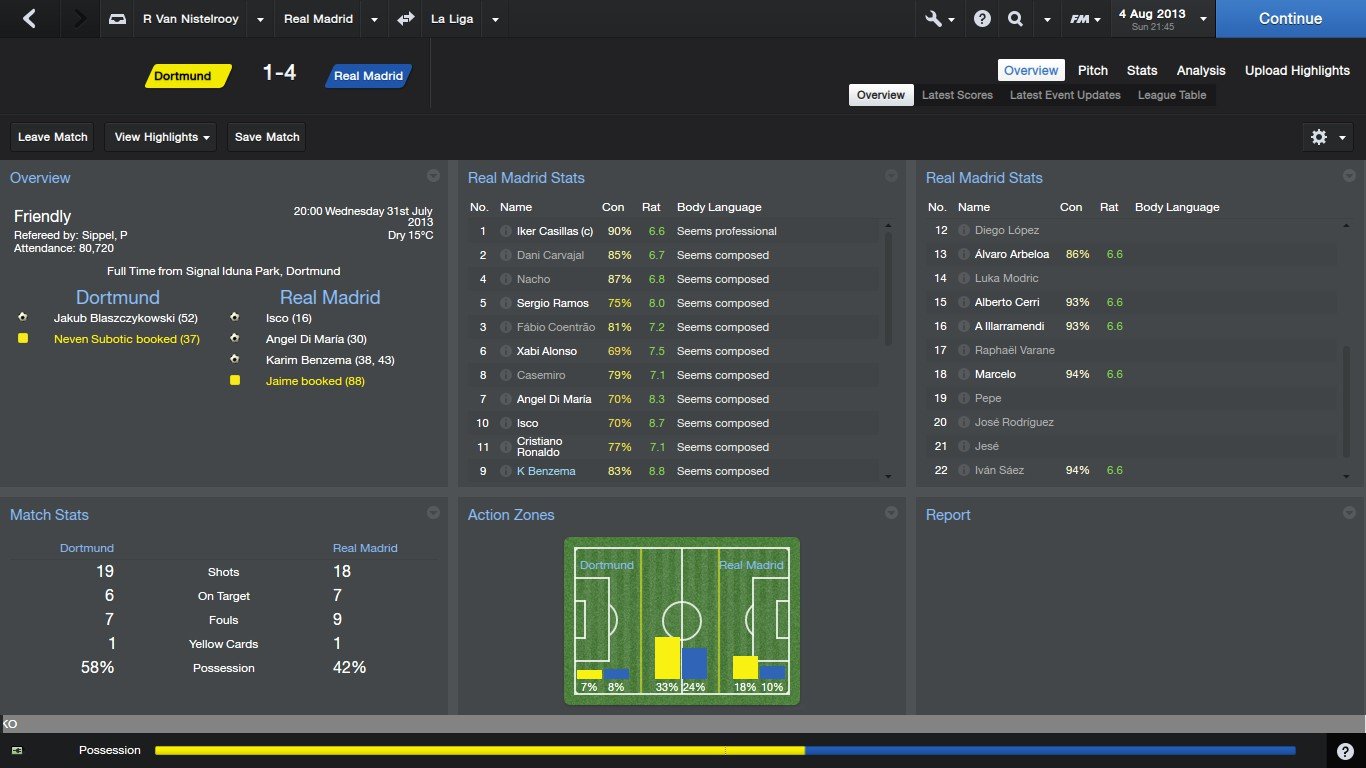 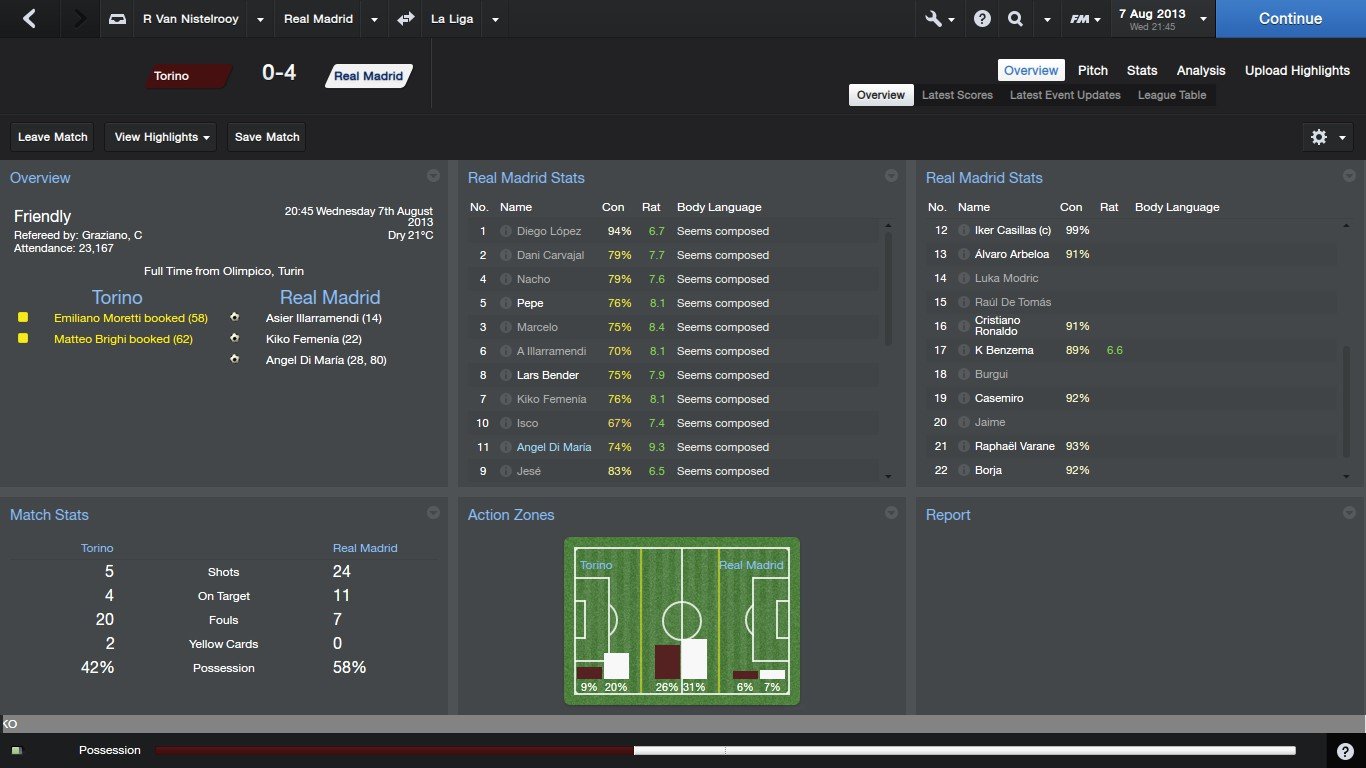 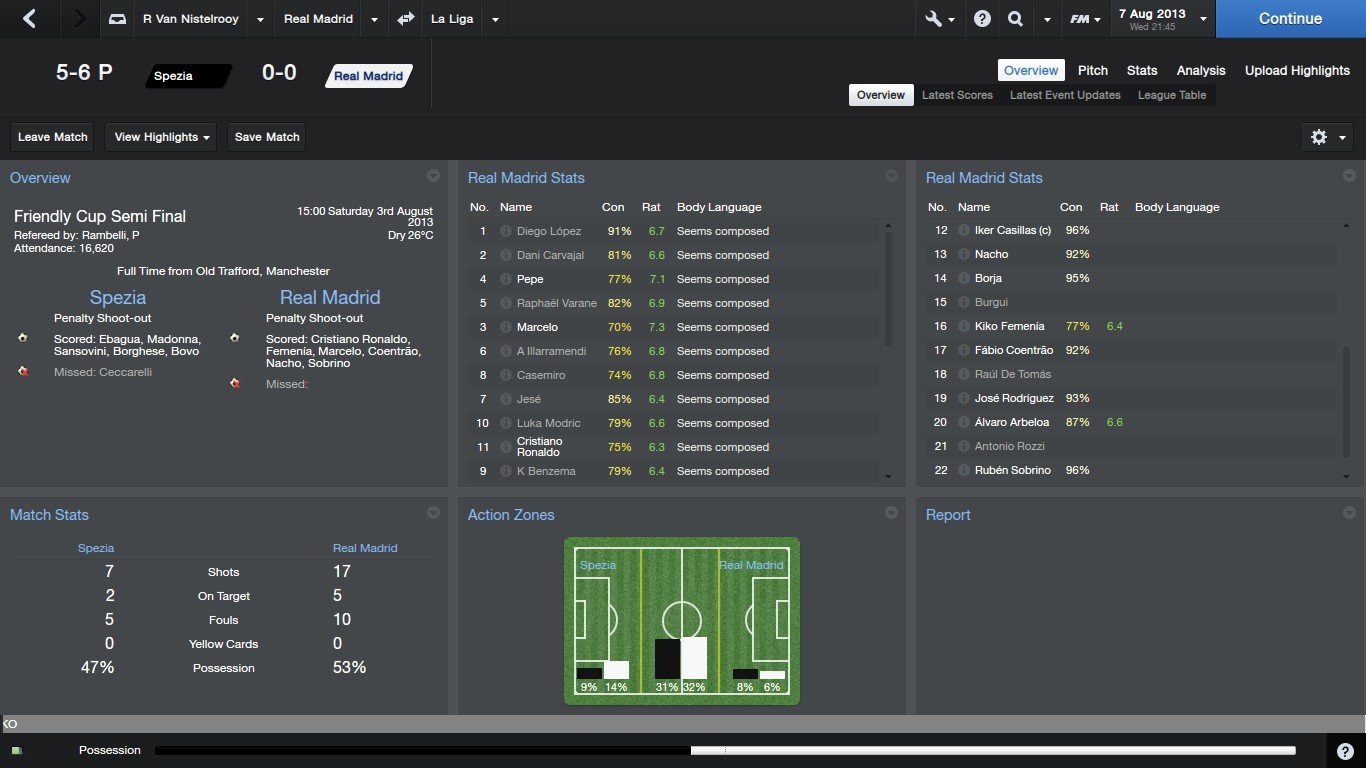 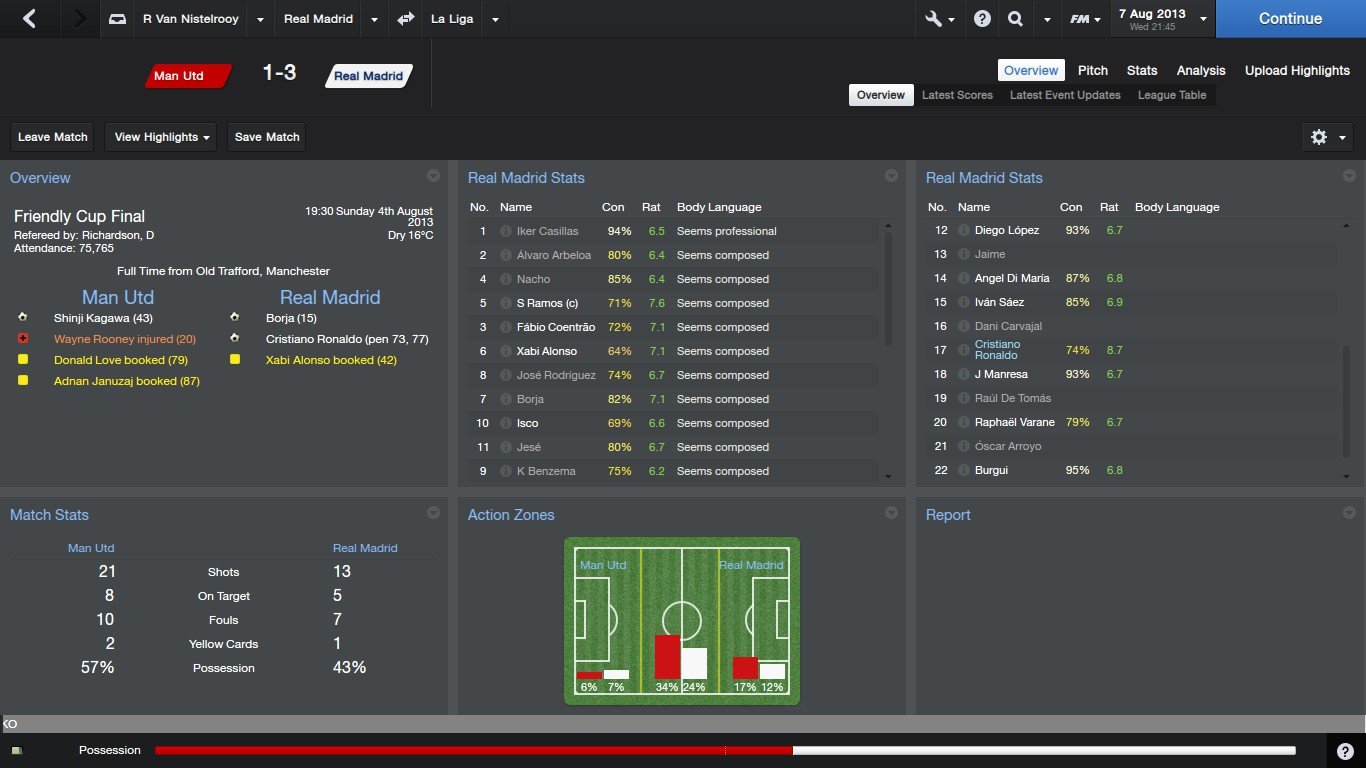 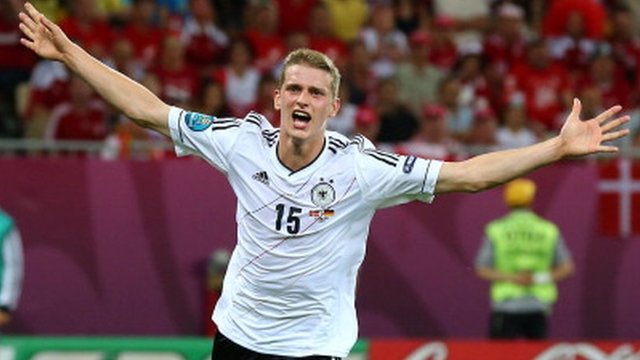 Real Madrid have announced the signing of German midfielder Lars Bender from Bayer Leverkusen, for a fee of £17.75 million.


The move comes after Real Madrid's Director of Football, Miguel Pardeza, failed in his attempt to sign Chelsea's Michael Essien, who plays in the same position as Bender, on loan. Essien spent last season on loan at the Santiago Bernabéu, and Ruud van Nistelrooy clearly felt the Ghanaian midfielder could do a decent job. However, the return of José Mourinho, who left Real Madrid at the end of last season, has disrupted the transfer, and the offer was rejected.


So the Dutch manager turned his attention towards the 24 year old German midfielder, with a backup target lined up in the shape of Bender's brother, Sven, who plays for Borussia Dortmund. Bender will be earning around £78,000 per week at Real Madrid, and fans of Los Blancos are happy with the new signing, who will be hoping to prove himself instantly in his first season in the Spanish league.
Login to Quote