Nick
8 years
Some decent pre-season results there and probably for the best to ship out Khedira. Good buy on Bender, too!
Login to Quote 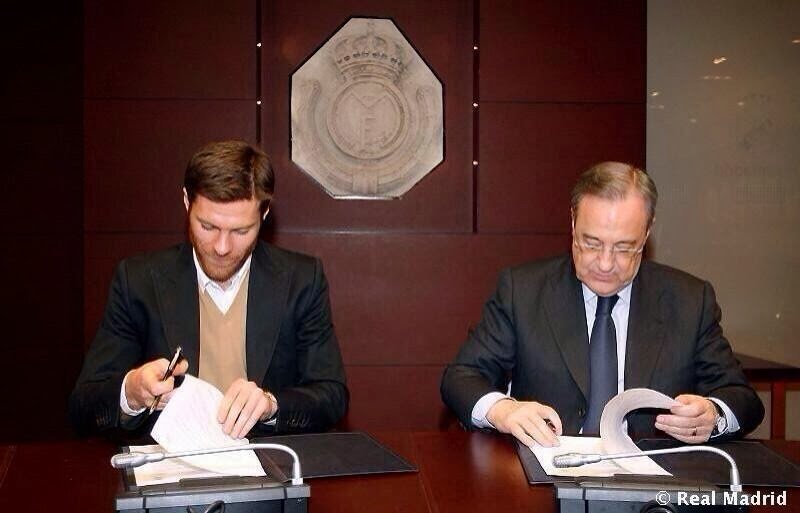 
The Spaniard, who was out of contract at the end of the season, signed a new deal which will keep him at The Santiago Bernabéu until the end of the 2016 season. Rumours linked the 31 year old with a move back to his former club Liverpool F.C., whom he played for before making a £30,000,000 move to Real Madrid back in 2009. Since joining, he has kept his high reputation, and his mentality is one of the key reasons for his successful career, along with the level of fitness he has maintained during this time. He was part of the World Cup 2010 winning Spain team, and has made more than 100 appearances for his country, just one of eight players to do so. He has spoken of his delight at being offered this new contract, due to his love for the club and its fans, who have supported him during his time here.
Login to Quote 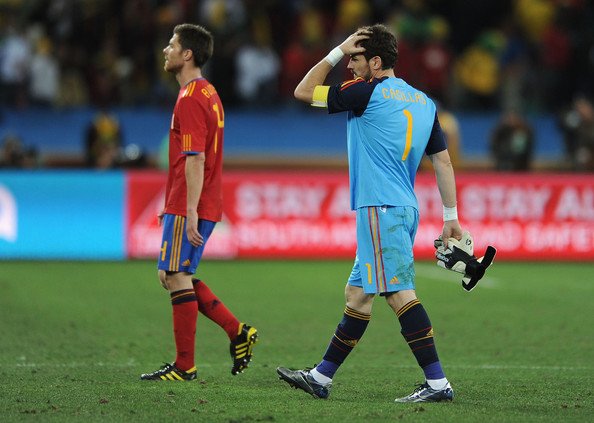 After declaring his joy earlier in the week at signing a new contract for Real Madrid, Xabi Alonso has been given even more reason to celebrate, as he has been handed the vice-captain role, taking over from Sergio Ramos. Iker Casillas remains as the captain of the club, but should he be injured or suspended, Alonso will lead the club forward until Casillas returns. Alonso has great leadership material, along with a brilliant mentality, and this decision is sure to benefit the team.

Casillas has also welcomed this decision from manager Ruud van Nistelrooy, telling our journalist that his Spanish colleague will do a great job, and he couldn't think of anyone better than him to take the role. Ramos has also been speaking to our journalist, and has told us that he does not feel disappointed, as he feels it is in the best interests of the squad. More news regarding Alonso, as his father, Periko Alonso, joins the clubs scouting team. The 61 year old spent some time in his playing career at Real Madrid's rivals, but the manager clearly feels that his ability as a scout outweighs this.
Login to Quote

No1VillaFan
8 years
Fantastic choices for C and VC. I like Alonso and he is a good leader
Login to Quote

Adrian18Ro
8 years
It's great to hear that Sergio Ramos had not a bad reaction. Xabi Alonso is a responsable player, hope he will do well. Good luck!
Login to Quote

Nick
8 years
Good thing getting Alonso on a new contract - very good player, despite his age.
Login to Quote

Jer
8 years
Great pre-season, beating Manchester United :P. Must have been tough choosing between Ramos and Xabi Alonso as the vice-captain, but hopefully it'll pay off

Toon
8 years
Good so far mate, keep it up.
Login to Quote 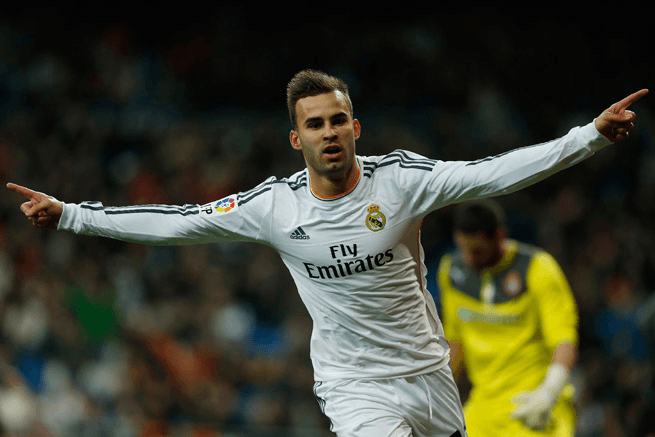 Real Madrid's 'wonderkid' Jesé Rodríguez, or simply Jesé, has agreed to a new contract that will see him extend his stay at The Santiago Bernabéu by another three years.


The 20 year old striker, who can also play on the wing, is the second player to sign a new contract this week, with Xabi Alonso having signed one on Tuesday morning. These two Spanish players were the only players in the squad to be out of contract in the summer of 2014, and Ruud van Nistelrooy clearly feels that they offer something to the current squad, or perhaps in Jesé's case, will offer something to the team in the future.
Login to Quote

Trop
8 years
Glad to see him staying at Madrid, Alonso too

Jack
8 years
A good player there, he will improve a lot for you in the future


Big things were expected from Los Blancos fans as the Liga BBVA season kicked off this month. Nine points were picked up from their three games played, as they beat Real Betis, Granada and Athletic Bilbao to earn maximum points. These were the only competitive games played this month, and after a great pre-season, in which they lost just one game, they carried their form over. 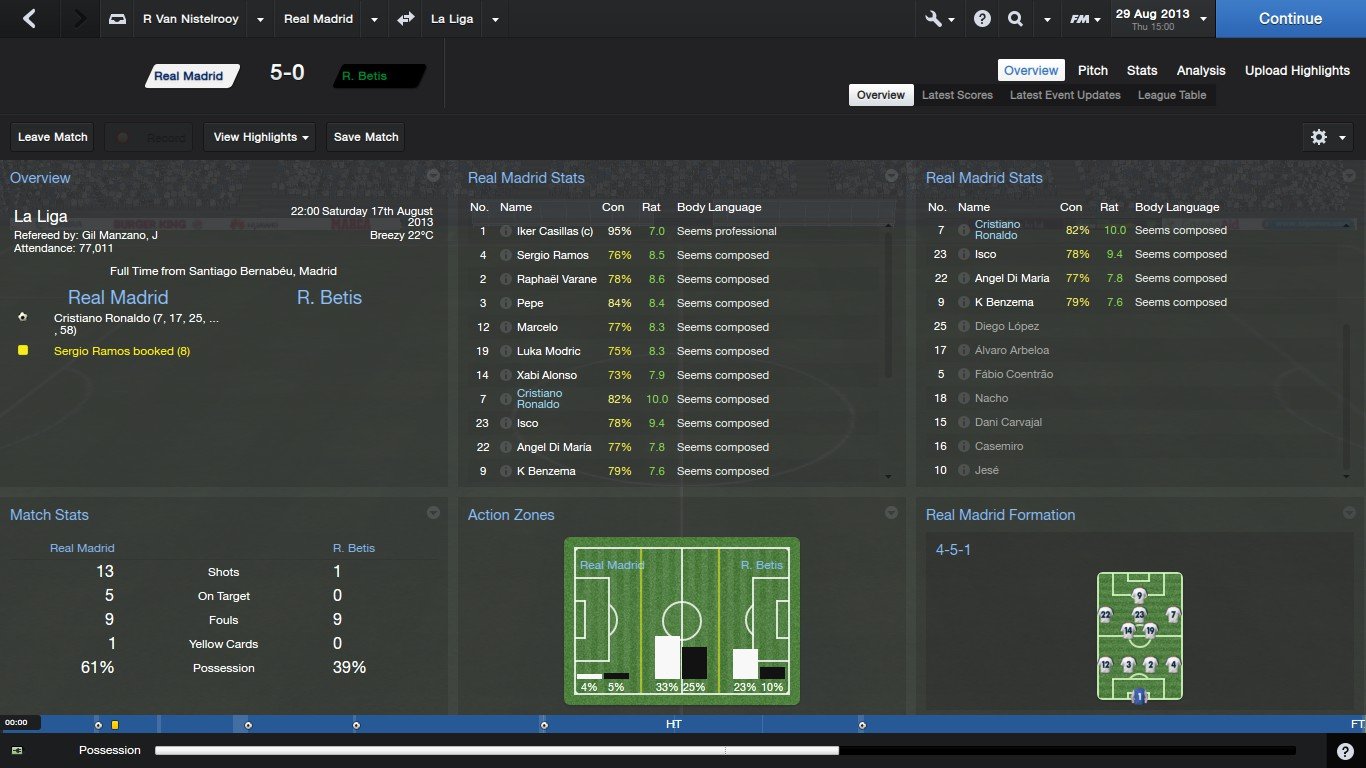 
Having failed to register new signing Lars Bender in time for this match, Xabi Alonso played his first game since being given the vice-captain role at the club. After just seven minutes, Cristiano Ronaldo put Real Madrid into the lead after a lovely one-two with new signing Isco, brought in by Carlo Ancelotti. The Spaniard played a delightful through ball to the Portuguese winger, who finished the move with a perfectly placed shot which evaded the outstretched hand of the goalkeeper, and curled into the bottom corner. Ronaldo grabbed his second goal ten minutes later, after he was played through by Croatian playmaker Luka Modrić. Ronaldo controlled it in the penalty area, before beating two players with skill and tapping it past the oncoming keeper.

He won the match for them with a 25 yard free-kick in the 25th minute, which whistled into the top corner of the net to earn the world class winger his hat-trick But it wasn't over. Ronaldo scored his 4th goal before the first half was over, after another great link up with Isco. He received the ball from him before taking on a player on the edge of the area, running into the box, and firing through the legs of a defender, leaving the keeper unsighted.


Both teams fans were crying out for more goals, but it was Betis who needed them. However, it was Real Madrid that got the final goal of the game, and who else could have finished the scoring, other than Ronaldo? Another assist from Isco, bringing his debut to a satisfying end, having set up four of the five goals. He played a short pass to Ronaldo, who took the ball into the box, and bent a ferocious shot past the keeper. A fantastic way for Ruud van Nistelrooy to get his managerial career underway. Attendance: 77,011. 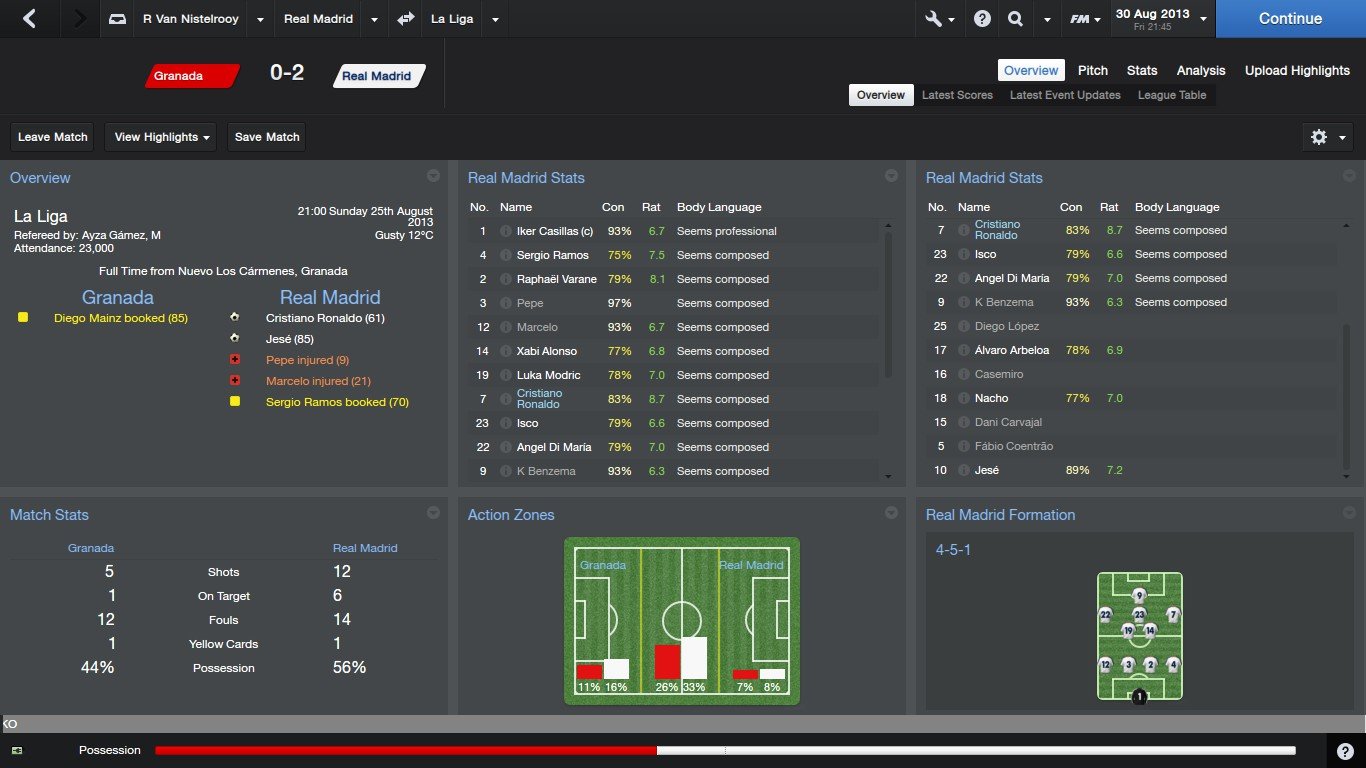 
After demolishing Real Betis in their previous fixture, Real Madrid faced their first away game of the season, against Granada. However, a goalless first half kept the travelling fans quiet, as the two teams headed in at 0-0. But after half time, Real Madrid showed everyone why they were title favourites, with Ronaldo scoring his 6th goal in just two games. A free-kick from a tight angle somehow found its way in at the near post. It was a fantastic goal from the Portugal captain, and was nominated for the Goal of the Week, eventually finishing 3rd. With five minutes to go until full time, Ronaldo took another free-kick. This time, he went short, passing to Ángel di María, who unleashed a fierce drive at goal. It struck the post, but substitute Jesé, fresh from successful contract talks, doubled the lead after tapping in the rebound. Attendance: 23,000. 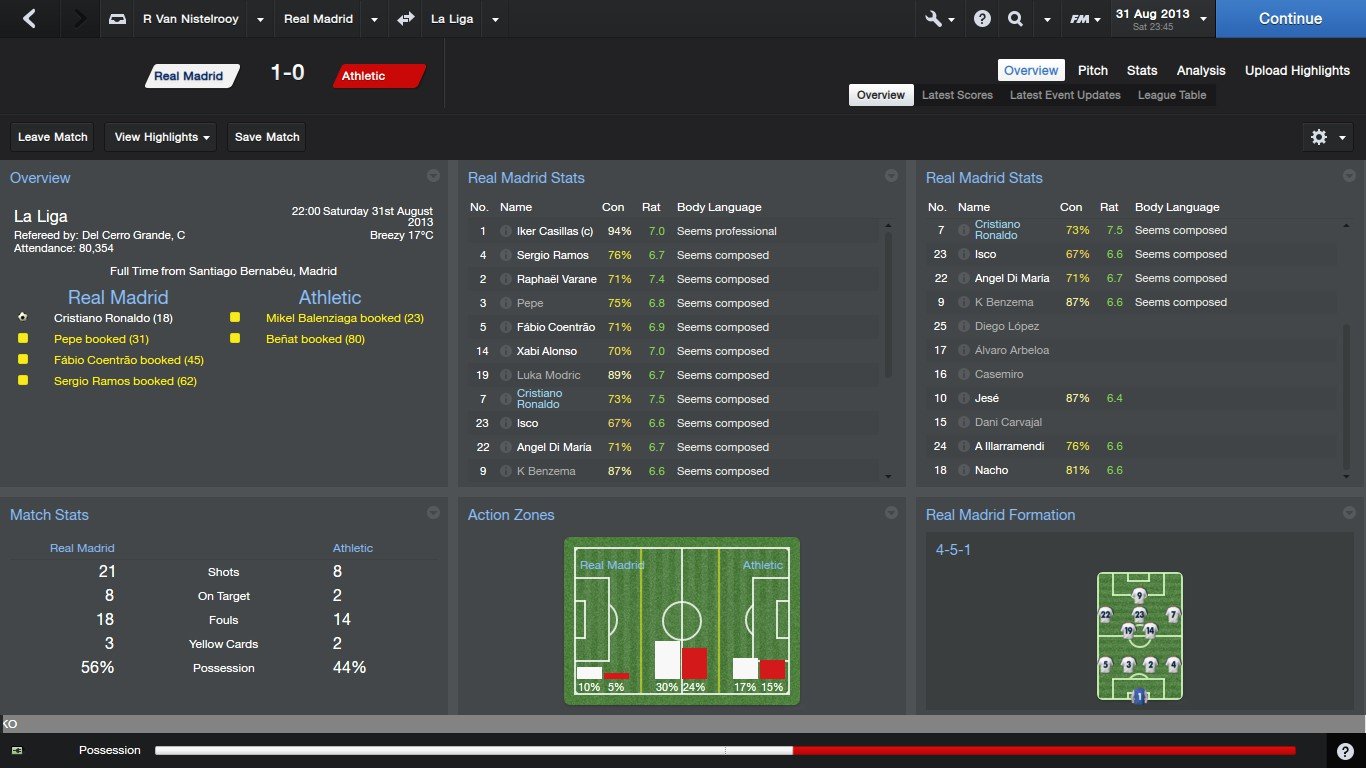 
Another match that Real Madrid dominated, and once again, Ronaldo produced the goods, scoring the only goal of the game just before twenty minutes had passed. Xabi Alonso played a perfect ball into the penalty area, which Ronaldo controlled nicely, before he fired the ball at the near post. The Bilbao goalkeeper got a hand to it, but the shot was too powerful for the Basque goalkeeper. A good win for Real Madrid, and it ensured that Casillas had not conceded so far in the first three league games. Attendance: 80,354.