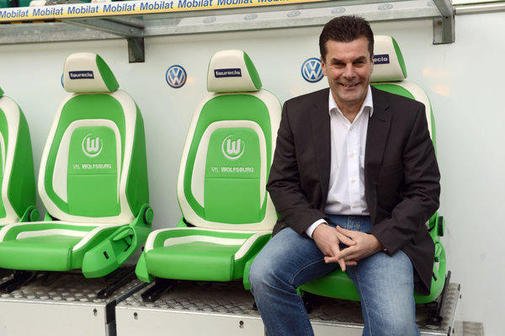 In the interview clarifies the coach why he changed. And how he wants to fight the negative image of the wolves!

Mr. Hecking, how are you?

Well, yes. Three weeks ago I was operated on because of a cartilage damage in the knee. You can reach me just in rehab. This is no picnic.

Behind you are stressful days. The League is amazed by your move to Wolfsburg. Why did you do that?

Glad you asked. Because I had read that I switch mainly for family and financial reasons. Since a false image of me is drawn! I want to clarify: The decisive factor was solely the conversation with Klaus Allofs. Of course it plays a role ALSO that the family situation due to the proximity to my home bath nominal village and to improve the content - but that has not been decisive!

That Allofs me really wants! Because of the sporting perspective. Martin Bader told me once: "Dieter, I want to hold you. We improve your salary on "I answered him. Martin, you know, it's not about money to me. I do not use this situation from now.

But you are not only the 1b solution? It is said Bernd Schuster had gambled itself.

I can not judge how far the negotiations with Bernd Schuster were. For me it is clear that a club must maintain at such an important Personnel with several candidate parallel. But in an interview with Klaus Allofs I realized it clear that he really wants me. I'm not a "1b" solution.

Did the Nuremberg understanding?

Regardless of whom I spoke of the club and the city in recent days: They all said to me: "Dieter, you need to apologize to anyone. If another had the chance he would do it like that. "Martin Bader has granted me the clause because he knew that if there comes a chance, I could take it. Unlike back in Aachen I now had the opportunity of dropping out. And even if it sounds in the eyes of some fans like mockery: Nuremberg was a great time. We have brought the club on a good path, the climate in the club agrees. That no one says: "Finally, is the way!" Shows me just saying that I have done many things right in Nuremberg.

In any club in Germany, players turnover is so high. With Allofs Bremen manager was bought out of a contract, now with you the coach. What do you say to those who say: Wolfsburg buys broken the league?

I know that this development is one or the other an eyesore. But this is professional football. And there are other teams that have done that. I will deal now with why certain things are happening in Wolfsburg so. Why the club is often portrayed as negative. But I have to because first time into working properly.

This interview was brought to you by Express.de and was translated from German to English. Stay tuned more exclusive interviews to follow as we build up to the new season.
Login to Quote

Toon
8 years
Good luck man, I like a bit of Wolfsburg.
Login to Quote

Toon
8 years
Good luck man, I like a bit of Wolfsburg.
Login to Quote