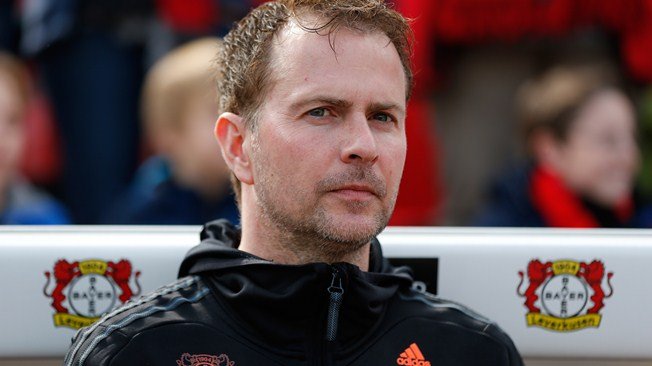 The Bayer Leverkusen board have put former manager Sascha Lewandowski back in charge of the club following the sacking of Sami Hyypia. The former liverpool and Leverkusen player was sacked due to a poor season at the helm of the club in terms of domestic competitions. His replacement, Lewandowski was for a short time a joint head coach with Hyypia at the start of his reign but stepped down to take charge of youth teams leaving Hyypia as the sole head coach.

Lewandowski who has never had a professional playing career has managed only two teams, VFL Bochum and obviously Leverkusen. Lewandowski has been given a 1 year rolling contract to prove himself that he has what it takes to lead the club to success. With the season only two months away, It has been rumoured that Lewandowski has plans to alter the team to suit his playing style and philosophies.

Many believe that the club may see some key players shown the door, freeing up funds to bring in fresh faces which most fans say is necessary for the club to be able to progress and become a real threat in the Budesliga once again. The club have not enjoyed silverware at the club for several years now and it is hoped that Lewandowski will be able to bring trophies to the club.

From all the fans at the club we would like to welcome you Sascha and will be behind you through the good times and the bad. Immer und ewig unterstützen wir LEVERKUSEN!!!
Login to Quote

Zap - Thanks for the third time!
Login to Quote

The New Man Speaks Out 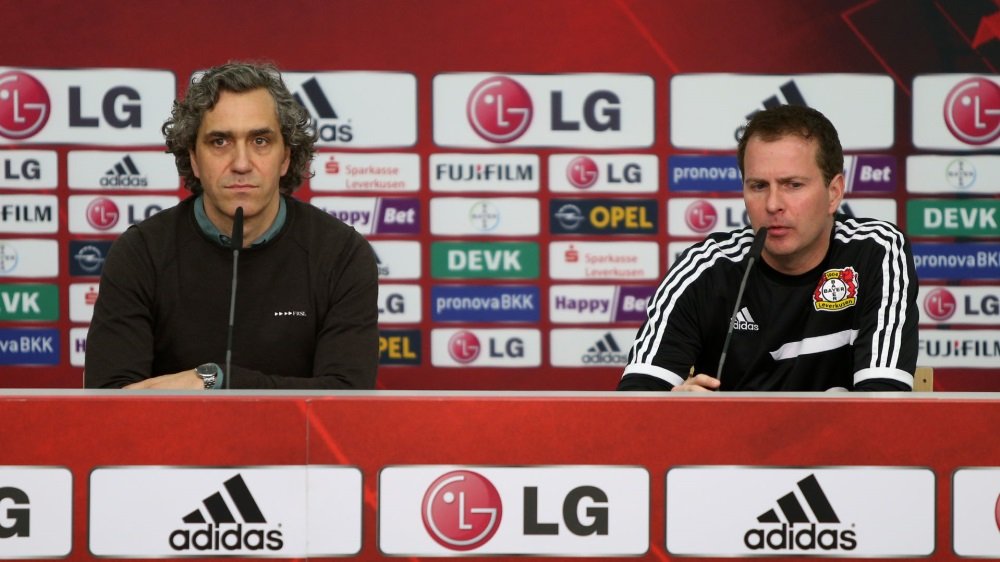 
Today saw Sascha Lewandowski conduct hos first press conference 4 days after being appointed as the Bayer Leverkusen Head coach. The press turned out inforce to quiz the man about his tactics, transfers, policies and many other topics. He spoke to us for an hour before the meeting was concluded. The main topic throughout the interview was transfers which have been widely talked about as it is heavily rumoured many changes will be made to the squad, Heres what lewandowski had to say on the matter:

Q: " So Sascha, I have to ask, what are your plans with the team in terms of transfers?"

A: " Im not to comfortable talking about transfers as i think it is unfair on the players to be spoken about without them knowing but i know you wont give up until i say something so i will say that i have the players that i want to sign and in order to do that some players may have to leave."

So clearly Lewandowski has his intentions which he looks likely to implement, another controversial moment from the Conference was when he was asked about his relationship with the board which is supposedly quite weak following lewandowski stepping down to manage youth teams which the board was apparently not happy about.

Q: "Many want to know about your relationship with the board sascha, can you shed some light on the situation."

A: "Sorry to disappoint you but theres not much to say, Obviously there was some issues before but i wouldnt be sitting here if they were still a problem. Both i and the board have the same ambitions and understanding on where we want the club to go, That will be all."

These were the key points of the interview but there is more for any fans looking to read into the situation more. Please visit Kicker regularly for your latest German footballing news. For the full interview please click the link here:(Imaginary link).
Login to Quote Kevin Kampl, The Solvenian Central Attacking midfielder signed for Leverkusen today. After days of endless negotiations Kampl and his agent reached an agreement over personal terms which sees Kampl earn himself a tidy £13,750 after tax each week. The deal also saw 4.5 Million pounds got to Kampl's now former club Red Bull Salzburg.

Kevin Kampl is not just a player known for his, lets say Flamboyant haircut but also for his footballing ability which he has shown over recent years whilst playing for Salzburg in the Europa League. The 22 year old spoke to press briefly before finalising his deal outside of the BayArena. He said "Sorry, I no speak good German but I can say that I very happy to be here at Leverkusen."(Imagine that was all in German) Obviously hes going to need to spend sometime learning his German but that's not important, All that is important is that we fans can get excited as we are starting to see the revolution that we were promised by our new manager Sascha Lewandowski.
Login to Quote


Big news out of the BayArena today, Stefan Reinartz and Lars Bender of Bayer Leverkusen have been shown the door by new manager Sascha Lewandowski. The pair leave the club for a combined fee of 34 million pounds which so far many fans see as good business for the club, However the fans also feel saddened that the fan favourite bender has departed the club.

Lets speak about Reinartz first, A long time Leverkusen player has left to join opposing german club Fc Schalke 04 for a fee believed to be in the region of 8 million pounds, Reinartz spoke to press about the deal, "I am sad to leave the club i have played at my whole life but i see the move as a positive one, its a fresh start at another top notch club. I am happy to be moving to Schalke they are a club filled with talented and experienced players." We Leverkusen fans will be sad to see Stefan leave but this does mean that replacement may need to be sourced to fill the void left by this departure. 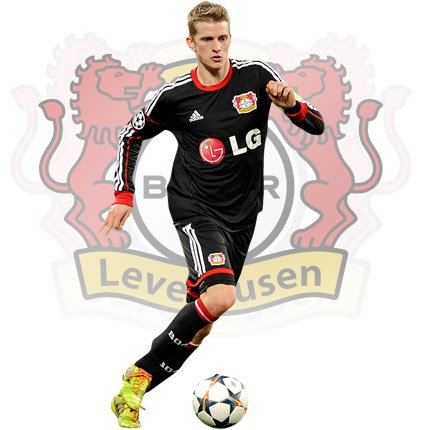 Lars Bender, A very influential central midfielder has also departed the club for a record fee of 26 million pounds Tottenham Hotspur of the English premier league. This transfer beats the previous record set by the sale of Andre Schurrle to Chelsea for 18 million pounds. Lars bender was a fan favourite here in Leverkusen and will sorely missed but the fee we received was good and gives us the ability to improve the squad further. The deal sees Tottenham pay 16 million up front and the other 10 million over 30 Months.
Login to Quote

AS4
8 years
Will be interesting to see how you cope up with Bender leaving. Good luck

You are reading "Bayer Leverkusen - Die Herrlichkeit zurück in Leverkusen".