Jer
6 years
Better not happen.. jkjk, some good results, looks like you're improving 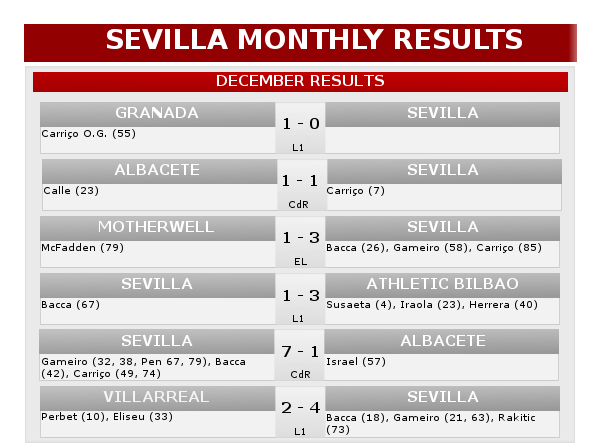 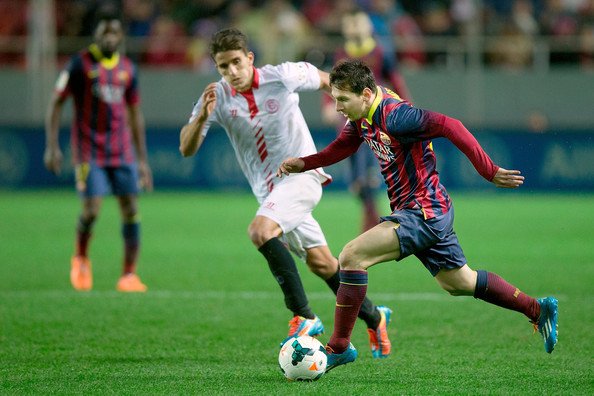 Carriço battling with Barcelona's Lionel Messi earlier in the season; Sevilla lost the game 4-1 at the Nou Camp, but the on loan Reading star has stepped up his game in recent months

With the transfer window having reopened this morning, Spanish side Sevilla have been one of the first sides to delve into the market, signing Portuguese defender Daniel Carriço from Reading for a fee of around £850,000.

The 25-year-old has played a big part in Sevilla's season so far, having initially been with the Liga BBVA squad on loan from relegated Reading - it was this loan agreement that allowed Luis Fabiano's team to acquire Carriço for such a low fee. Carriço had only joined Reading at the beginning of 2013, and only played three games for The Royals. Carriço is believed to have signed a three-and-a-half year deal.

The Estoril-born defender started his career with his local team, before moving on to sign for Portuguese giants Sporting Lisbon. During his time at the Estádio José Alvalade, Carriço amassed 91 league appearances for his team, and also had loan spells with S.C. Olhanense and AEL Limassol.

Carriço had just over a year remaining on his contract at The Madejski Stadium.

He has represented Portugal at Under 21 level on 15 occasions, but has never been called up to the senior squad, which contains the likes of Real Madrid's Cristiano Ronaldo and Pepe.

Carriço has been a crucial part in Sevilla's season so far, most notably in the past month, in which the defender scored four goals in four appearances. He has not featured much in the teams Liga BBVA campaign, but it is his performances in the Europa League which have earned him a place in the heart of the Sevilla defence for the next three years.
Login to Quote 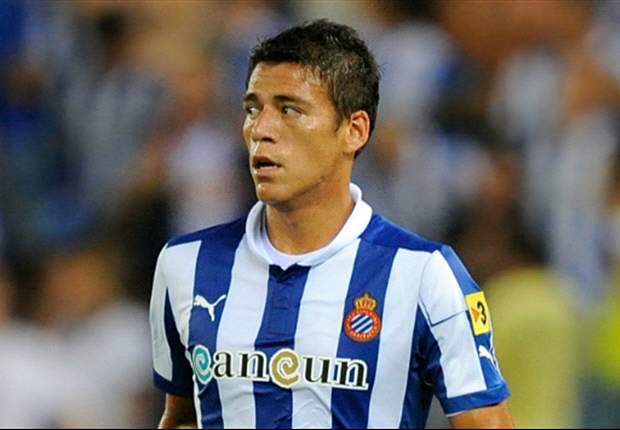 Having wrapped up the permanent deal for Reading's Daniel Carriço earlier this week, Liga BBVA side Sevilla have ventured into the transfer market once again, swooping in to sign Mexican centre back Héctor Moreno from league rivals Espanyol, for a fee believed to be around £7.5 million.

The 25-year-old, who turns 26 next week, had featured heavily for Espanyol prior to the move, but the former AZ Alkmaar player says that the reason for his move was the continental football that Sevilla could offer him. Moreno had joined Espanyol in the summer of 2011, and his importance to the squad was shown in the two-and-a-half years that he spent with Los Periquitos, as the Culiacán-born defender made over 80 league appearances for the club.

The player, who began his career with Mexican side UNAM, signs a four-and-a-half-year deal with Sevilla.

"I can't quite believe that I have left Espanyol. I've loved this club since I arrived here two years ago. I need to thank the fans for their support during my time at the club, the various managers that I have worked with, and all of the fantastic players that I have played alongside. I need to match my ambitions, however, and I feel that joining Sevilla, a team who can offer me the chance to play in the Europa League, and possibly even the UEFA Champions League next season, offers me a chance to do so." - Moreno on his departure from the Estadi Cornellà-El Prat.
Login to Quote

Jer
6 years
WHAT A BARGAIN! I always see him moving for 20m +
Login to Quote

Walter
6 years
What a signing, Moreno is great 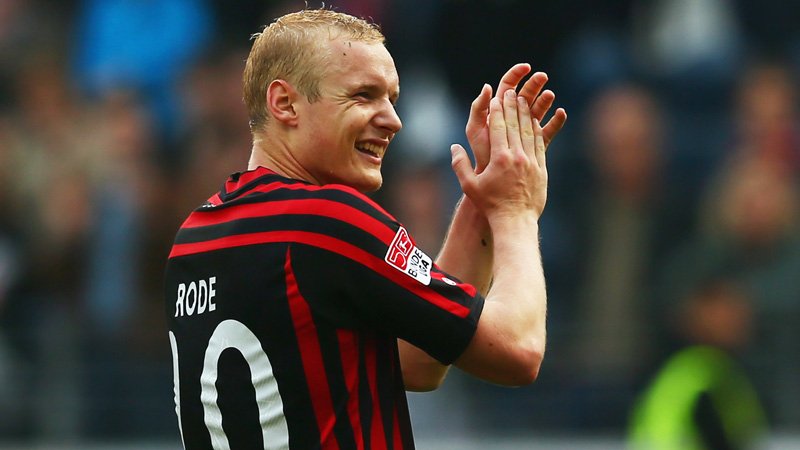 Thank you: Sebastian Rode applauds his fans in what would turn out to be his last appearance for the club; the German midfielder has now agreed a deal to sign for Spanish side Sevilla

Luis Fabiano has announced the completion of his third signing of the winter after Sevilla announced they have agreed a deal to sign Eintracht Frankfurt midfielder Sebastian Rode.

The 23-year-old made 16 appearances for Frankfurt in the Bundesliga in the first half of the current season, with the side sitting in 14th place in the league.

The midfielder, born in Hesse, moved to the Commerzbank-Arena from lowly Offenbach in 2010, and is the latest signing made by Sevilla in the winter transfer window, having previously agreed to sign Daniel Carriço and Héctor Moreno.

Rode is understood to have wanted to leave the German side as he entered the last year of his contract, refusing to sign extensions offered by manager Thomas Schaaf. Rode became available to sign on a free transfer on the 1st of January, with the deal initially set to go through on the 1st of July.

But Fabiano decided to pay a compensation fee of £1.2 million to the Bundesliga side in order to make the deal go through immediately.

Rode is eligible to play in Sevilla's Europa League campaign, which resumes this month with a tie against French side Bordeaux. 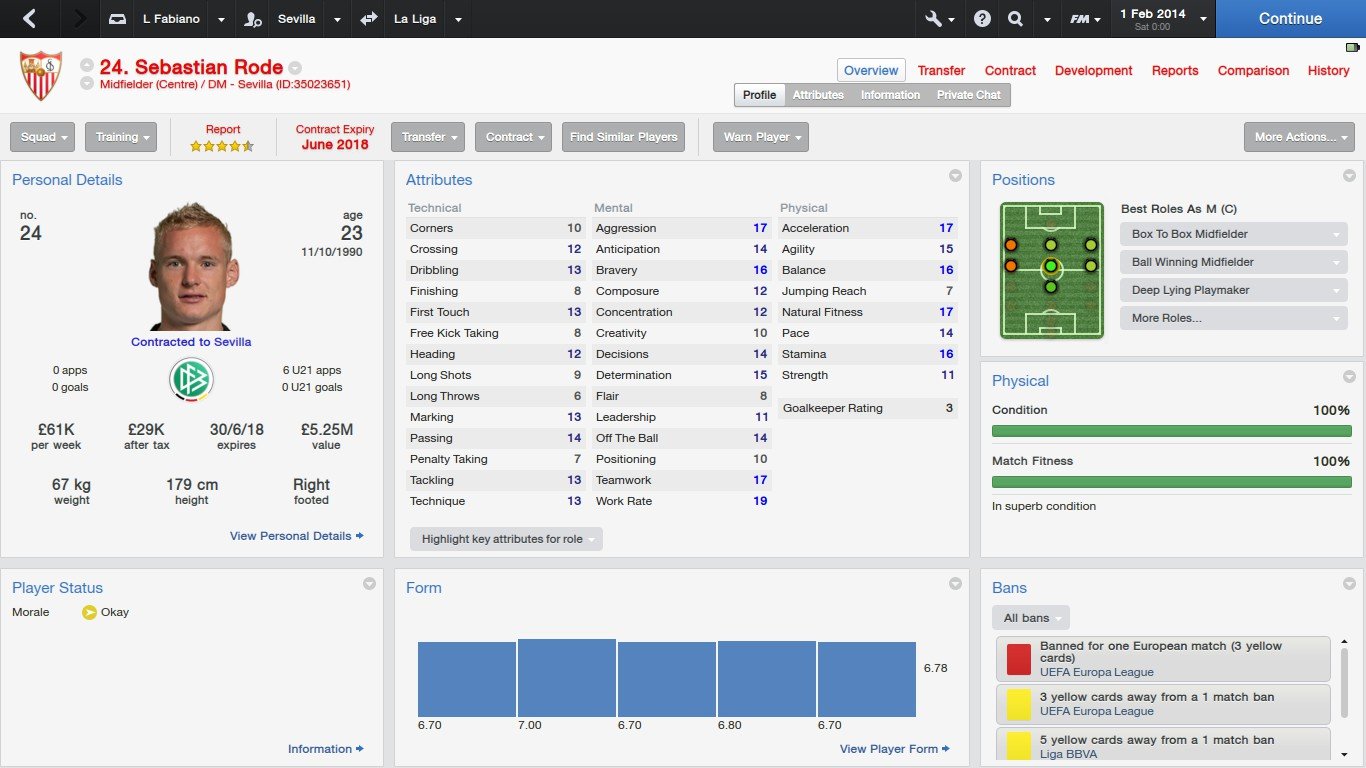 JordTheDesigner
6 years
Very Impressive signing , you should be battling for the last champions league space with that squad
Login to Quote 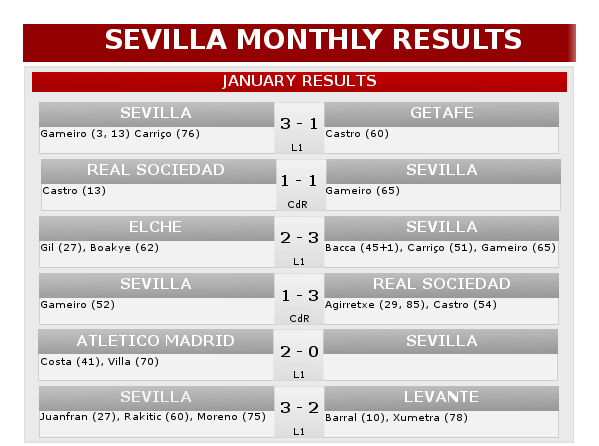 Jer
6 years
Some losses there, but you can improve. Rode is an impressive signing, hopefully he can battle it out with M'Bia and Iborra for the DM role
Login to Quote