Josh_MU
6 years
First off congratulations on qualifying for the knockout stage! Also, a good month but a couple of unlucky defeats. 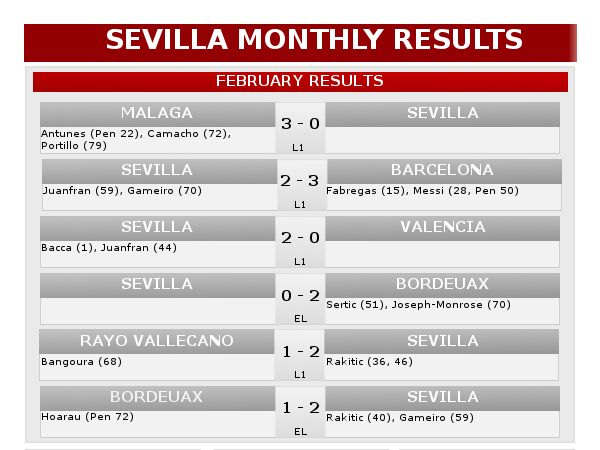 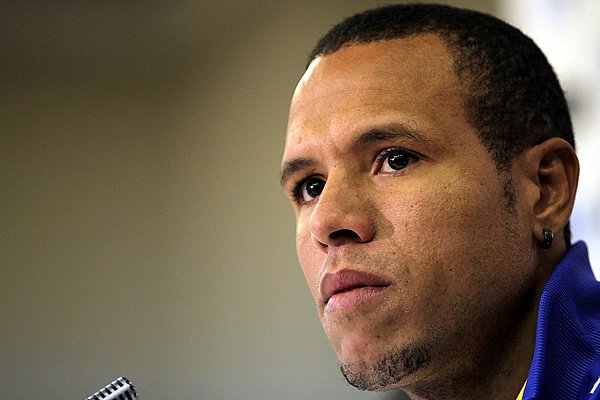 The Brazilian has been in charge here since July 2013, and before the extension, he had only three months left to run on his contract. Club President Jose Castro has expressed his delight that the boss, 34, has showed his loyalty to the club, who sit in fourth place in La Liga.

"We are thrilled to announce that Luis has decided to extend his stay with Sevilla until July 2017. Over the past season, he has took the club from the hands of Unai Emery, who, under his control, the club finished in 9th place last season, and has put the team in with a chance of returning to the UEFA Champions League in what is his first job in football management."
Login to Quote 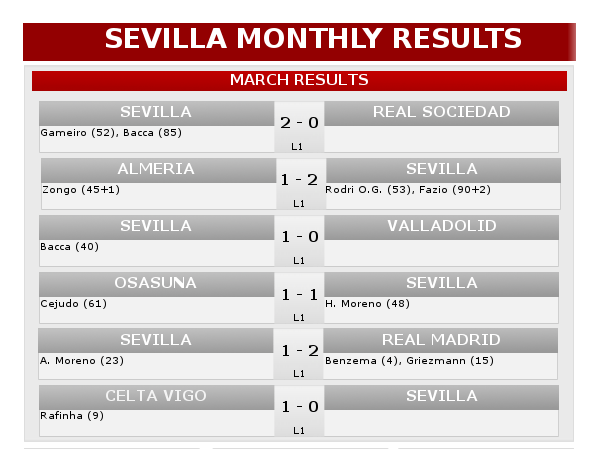 Josh_MU
6 years
Another decent months, some good wins but unlucky defeats against Real and Celta Vigo, but, you're in 4th!

Slid3Tackle
6 years
You're doing very well mate, 4th in the league and second in Europa League!
Login to Quote

Neal
6 years
What's the table below you looking like? Massive drop off after Barca and Real to Atletico, and then another massive drop off from Atletico to you 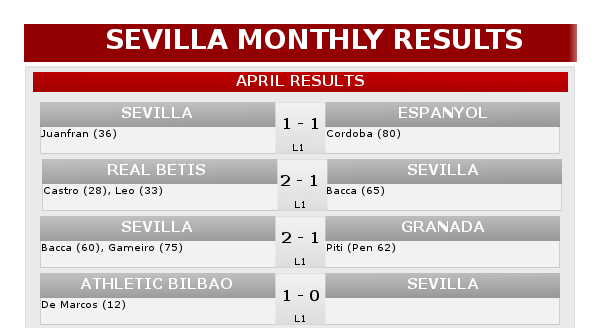 Neal
6 years
Oh dear, untimely dropping of points. Looks like it's in Bilbao's hands now to see if you make the Champions League

Neal
6 years
Excruciating late meltdown to drop to 5th place. What happened that caused the team to go 2-2-3 in the last 7 games?! 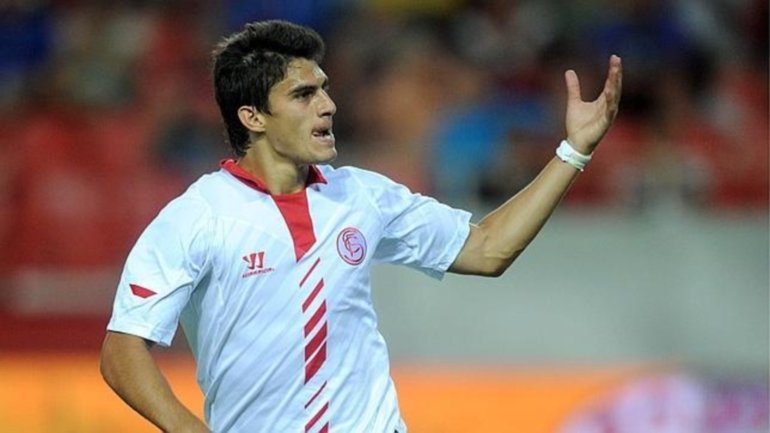 Sevilla F.C. have announced the departures of winger Diego Perotti, who has moved to Tottenham Hotspur for a fee of £10 million plus add-ons that take the deal to around £15 million, and defender and vice-captain of the team, Federico Fazio, who has left for Italy, after agreeing a contract with A.C. Milan. The agreed fee for Fazio's services is thought to be £10 million.

Perotti, 25, and Fazio, 27, both hail from Argentina, and arrived at the club at roughly the same time. Both were well respected within the club, and Luis Fabiano, the manager at Sevilla, says that he was reluctant to sell.

"I didn't want to sell them, no. Especially Federico, who was fantastic last season - but the budget was very restrictive and I wasn't able to pull off any big deals. I'm hoping that the money from this deal will change that. I've already entered discussions with several players, and we should be able to announce some new arrivals soon. I wish Diego and Federico the best of luck in the future."
Login to Quote

Jer
5 years
Some great sells, especially Perotti. Best of luck in this next season, you'll be hoping to get CL!
Login to Quote

Ince Gets 'Dream Move' to Spain 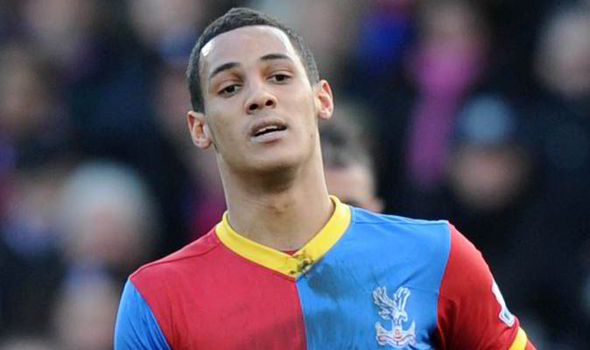 One of England's biggest prospects has followed in the footsteps of his father by making a move abroad. Thomas Ince, son of former Inter Milan star Paul, has signed a contract with Spanish team Sevilla.

The 22-year-old, whose previous clubs include Liverpool and Blackpool, will be the first choice left winger for Luis Fabiano's side, with Diego Perotti having left the club earlier this week.

The youngster refused to sign a new deal with Blackpool, and was reluctantly released from the club - and in came Sevilla with an offer that Ince himself calls a "dream".

Last season, Sevilla were without a natural left midfielder, and were forced to play fullback Alberto Moreno in the slot, but Fabiano clearly recognized that a player like Ince was needed - Moreno is now subject to interest from Schalke, but Sevilla are determined to keep the promising Spaniard.

Ince, uncapped by England, told the BBC: "I'm stunned by this move. This is something I'd never expected to happen. I'd expected to stay in England for the rest of my career. I never thought I'd move abroad, especially to a team like Sevilla. I am so honoured to be a part of this club, and I hope that I can live up to what the fans expect of any Sevilla player. This is a dream come true."
Login to Quote