Schalke Keen on Moreno as AVB Turns Up at Córdoba Game 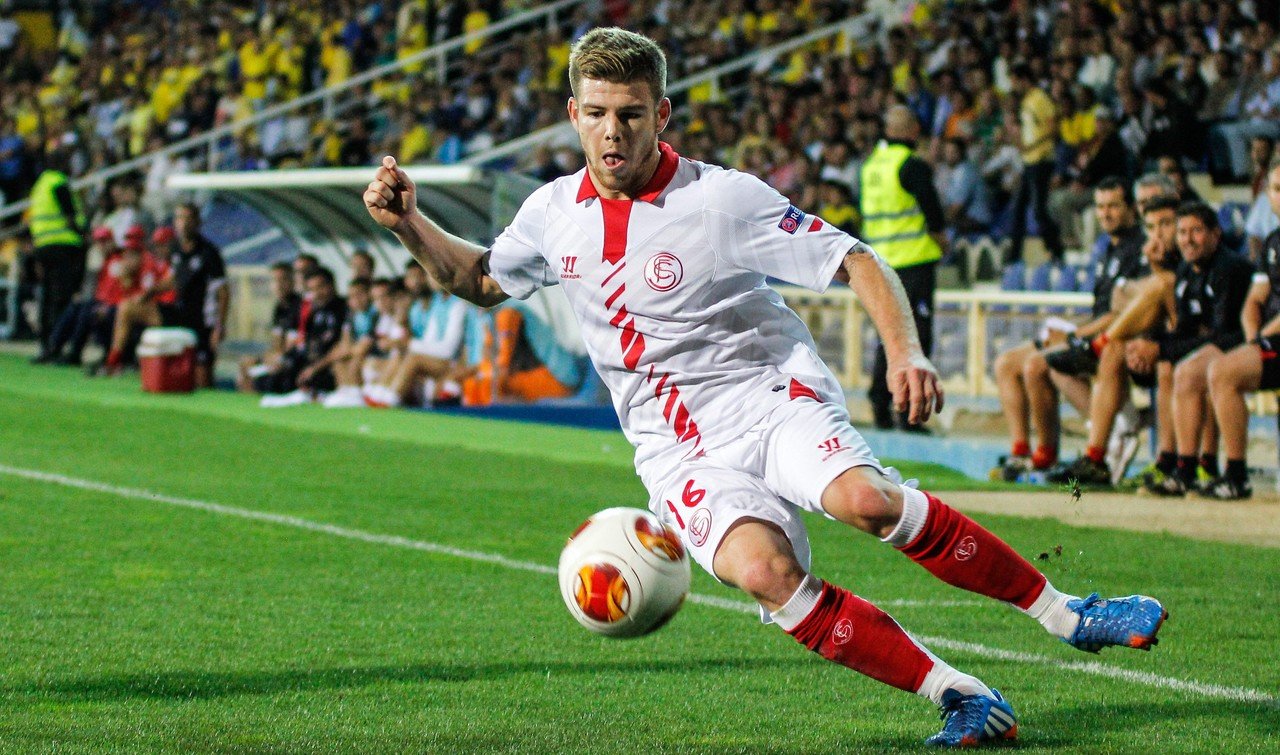 Moreno, pictured above, has been subject to major interest for several months now

The speculation regarding Alberto Moreno's future at Sevilla has been fueled once again, as Schalke boss André Villas-Boas was spotted in the stands during Sevilla's 4-3 win against Córdoba. Moreno was forced off of the pitch with just ten minutes on the clock, prompting 'AVB' to leave the match at half time.

The former Tottenham Hotspur and Chelsea manager has made his interest in the Spanish fullback no secret, and an official bid was made from the German side during the recent transfer window, though Sevilla were quick to send them away.

Moreno is widely regarded as one of the most promising defenders in world football, and has already made six senior appearances for the Spanish national side. The 22-year-old featured heavily last season during Sevilla's campaign, making 33 appearances for the team. He was often played out of position by manager Luis Fabiano, but he remained calm and stepped up to the plate in some crucial matches. 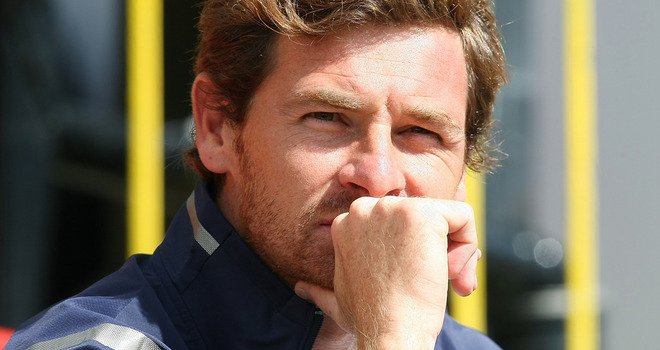 In late July, MARCA was told of a £20 million bid from Schalke by Sevilla representatives. They also told that the people responsible for dealing with the transfer at their end would not settle for the £20 million AVB and his side were willing to pay, and had wanted the price pushed up to around £35 million.

Schalke may be more of a temptation to some, due to the lure of UEFA Champions League football, but the local boy Moreno claims that Sevilla is his team, and he is staying for the time being, clearly content with Europa League football. The Spaniard has not let any of the speculation creep into his mind on the football pitch, and has helped Sevilla to a strong position in the league.
Login to Quote

Glad to see this back LFC!
Login to Quote

Feliks
6 years
I agree with Walter, this is a great read. Make sure to hang onto Moreno!
Login to Quote 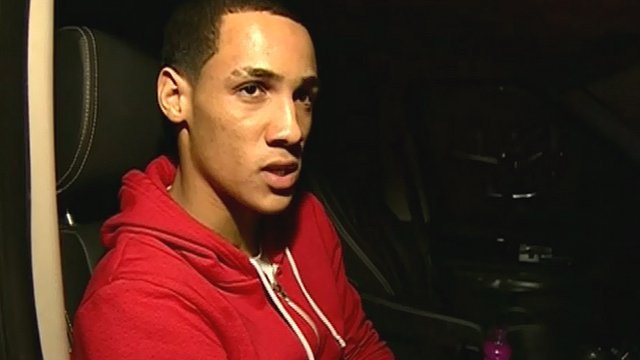 Ince was mobbed by journalists as he sat in the back seat of a taxi at a local airport.

He labeled his move to Sevilla as a 'dream come true'. Now Thomas Ince has asked the Spanish team for a couple of weeks away because he cannot settle. Last night, Ince was spotted at San Pablo Airport with father Paul, who had flew into Spain to take his son home to England with him. Ince Jr. refused to comment, but Paul Ince gave the journalists their answers with a simple statement.

"Tom is finding it hard to fit in at Sevilla. He isn't really bonding with any of the other lads because he can't speak Spanish, and they can't really speak English. He misses England, but he really wants to play abroad, and he is upset that he finds himself in this position. Sevilla generously gave him a couple of weeks off to return to England, and I'm also going to come over to his apartment in Seville for a week with my wife to try to get him settled."

"The last thing he wants is to have to leave Sevilla because of this, so soon after arriving. My son is a complete professional and he hasn't let this affect his game, but he told me that it might if he is unable to settle. Sevilla have been very kind in letting us take him for a while, as he is one of their important players so far this season, and we are grateful for that." 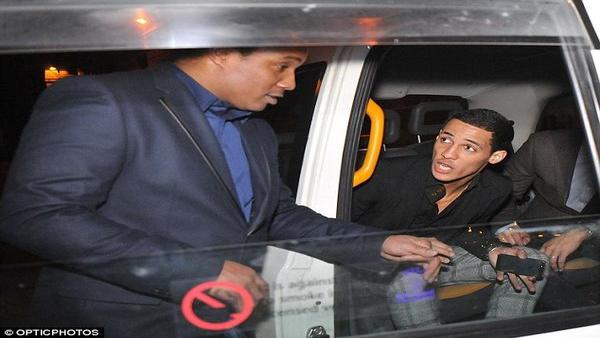 Footballing Family: Tom's father Paul famously played for Manchester United, Inter Milan and Liverpool during his career; Tom follows in his footsteps, and had played under his father at Blackpool.

There was no press release from Sevilla regarding this, implying that they had wanted to keep this under wraps.
Login to Quote

Josh_MU
6 years
Lel I hate both of them.
Login to Quote

Jer
6 years
Shame about Ince, really. If you manage to get 35m for Moreno, it'd be a hell of a deal.
Login to Quote

Neal
6 years
Ince get over yourself AND LEARN SPANISH.
Login to Quote 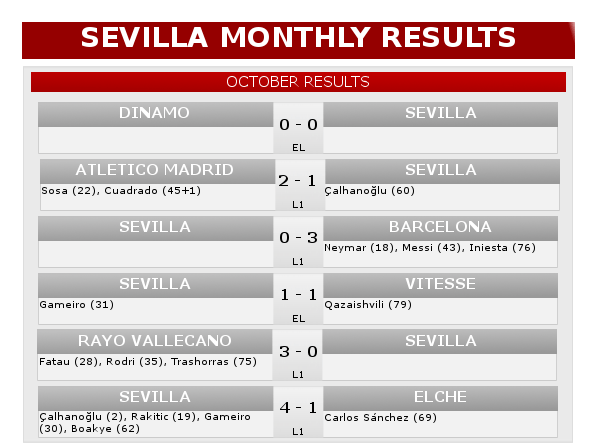 Neal
6 years
Well that was a pretty damn shitty month, 1-2-3

Your Europa League group doesn't make sense, however...Swansea has the only win of the entire group, and yet both Vitesse and Dinamo have lost a game? Doesn't add up 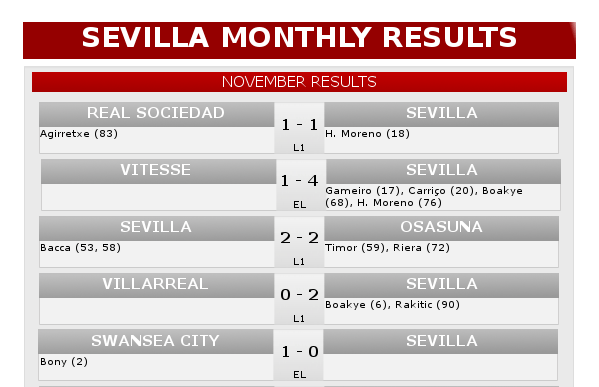 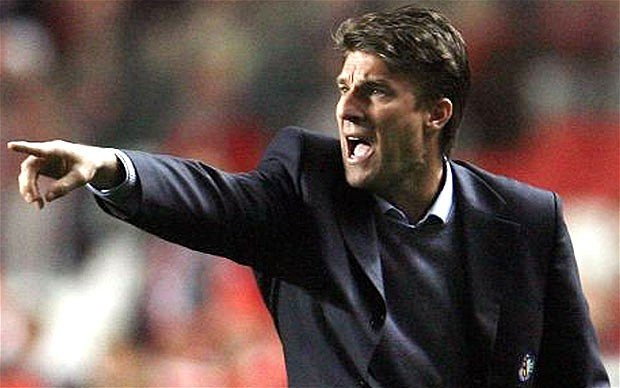 Athletic Bilbao have revealed Southampton boss Michael Laudrup as their new manager. The Basque club announced the decision late last night, and the 50-year-old says that he is keen to ease into his new role. The Dane will have to stick with the clubs' transfer policy, which states that the club must only sign professional footballers who are native to, or have been trained in Basque Country.

Club President Josu Urrutia told MARCA that a long list of names had been drawn up, but Laudrup was the one who was most willing to stick with the policies that the club have earned so much admiration for.

On his arrival, Laudrup said: "I am keen to start this new chapter in my career. I've managed some good teams in the past, and I am certain that my experience in football management in Spain in recent years had some influence on Josu's decision to hire me. This is a huge club, one which I have a lot of admiration for. Basque players are a huge part of the clubs' past, present and future, and I'd like to work on the latter. Of course I will focus on the present as well, but we need to start bringing some more players through the ranks, so that will be key for me."

Sevilla manager Luis Fabiano claims that he was also approached for the role, but was unsuccessful. The former Brazil striker has been in charge at Sevilla since last season, and has been rewarded with a new contract in the meantime. Fabiano, 34, says that he attended an interview in a Bilbao restaurant, but was unable to settle on some of the terms involved in the job.

"I went along just to see how it went. Josu was very pleasant, and I have a huge amount of respect for the club. I am a big admirer of the way they deal with their transfers, and I would love it if I could work like that, but I can't, and now is not the time for Bilbao to be experimenting. There were also a few budget troubles - I wanted a higher wage budget, and apparently Michael [Laudrup] was happy to settle with what was offered. I wish Michael and the team the best of luck, and I remain happy with life here in Seville."
Login to Quote

MJK46
6 years
Much improved month other than the Swansea match. Btw do you still have Gameiro?
Login to Quote 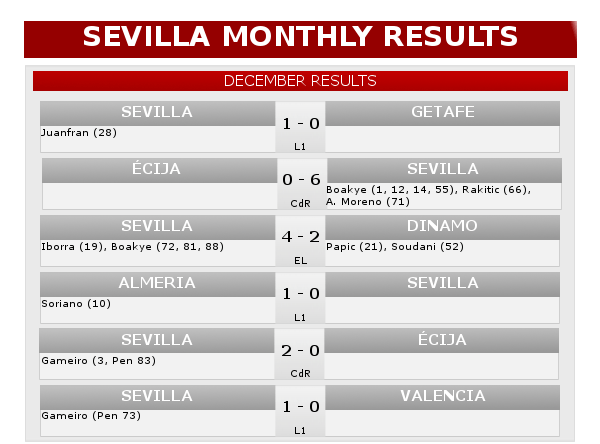 JordTheDesigner
6 years
Good win in the Europa League and unlucky against Almeria! Can see you finishing around third at least this season
Login to Quote