pompeyblue
6 years
Unlucky about the Almeria loss but other than that, a good month!
Boakye is a monster 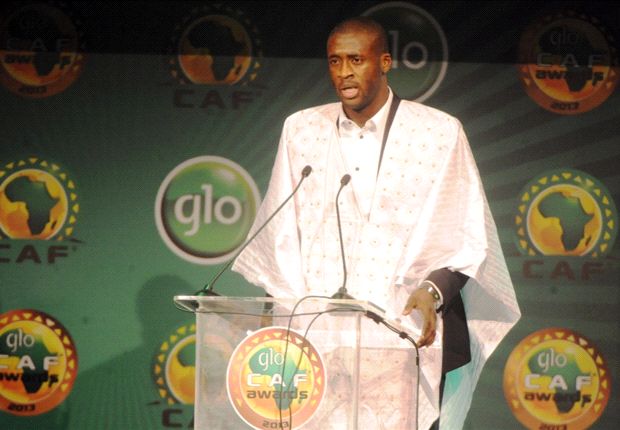 Among The Best: Boakye has made his name by winning the African Player of the Year award - it has previously been won by Yaya Toure, Didier Drogba and Samuel Eto'o.

Sevilla striker Richmond Boakye can hold his head high when he looks back on his career in ten years time. Today, the Ghanaian's ability has been recognized at an annual award ceremony held in Laos, Nigeria. Picking up three awards for his performances, both for Sevilla this season, and for Elche in the previous season, Boakye has fended off competition from every other African player in the World to win the African Player of the Year award - at the age of just 21. 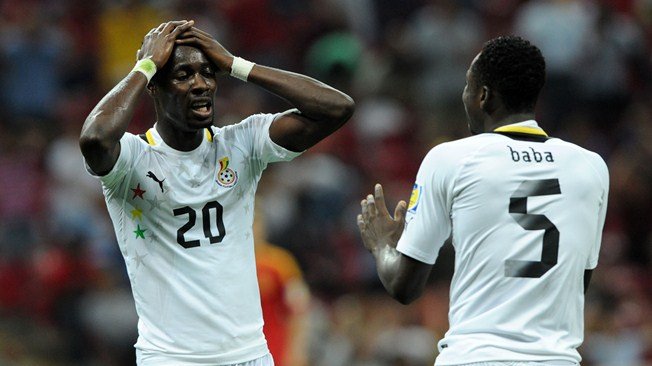 Boakye, above left, has made 18 appearances for the Ghana national side, scoring nine goals.

His age means that he also walks off with the African Young Player of the Year award. In the year 2014, Boakye has played a total of 48 games for two clubs, scoring 27 goals. The former Juventus man features alongside the likes of Gervinho and Yaya Toure in the African Team of the Year, and beats Wilfried Bony and Ezechiel Ndouassel to win the African Striker of the Year award. One Ivorian fan, however, was outraged, teenager Aaron Hardy claiming that "Bony is a world class player."
Login to Quote

Campbell Sold as Hiddink Puts Down Marker Of Things To Come 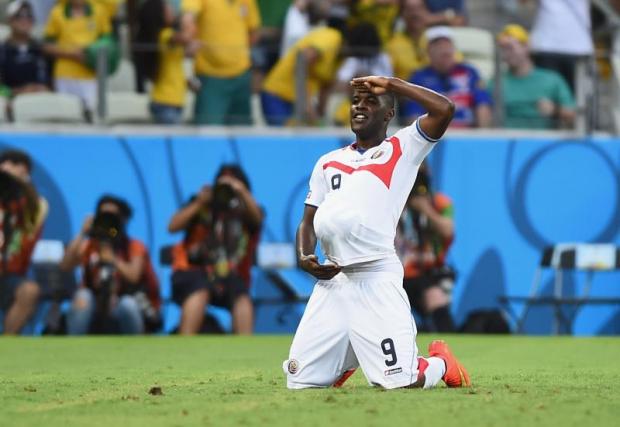 Salute: Campbell bags a goal in Costa Rica's 1-1 draw with Slovakia, but now the young winger moves on from The Emirates.

Arsenal F.C. can confirm the departure of Costa Rican winger Joel Campbell, who leaves the club for Sevilla in a deal costing the Spanish club just under £1 million.

The 22-year-old recently returned to The Emirates following a somewhat successful loan spell with Greek champions Olympiacos - the winger, who had previously had spells with Real Betis and FC Lorient scored five goals for the title winners in 22 appearances.

On the back of a World Cup display that Costa Rica can look back on with pride, many may have thought that there would be a place in Guus Hiddink's side, but Luciano Spalletti's replacement had other plans for the youngster, and he was shipped off to Luis Fabiano's Sevilla for a fee of £750,000.

Campbell had entered the final year in his contract at Arsenal, but refused to move to Sevilla on a free transfer, stating that it would mean that his time at Arsenal was worthless, and that it wasn't how he had wanted to look back on his time at the club.

With Spanish being his first language, Campbell should have no troubles settling into his new club.

The staff, players and fans would like to wish Joel well in his future, whatever that may bring, and to thank him for his services to the club.
Login to Quote

Great updates, enjoying this a lot Frustration: Carlos Bacca looks on with a pained expression as his place in the Sevilla squad is taken

Colombian striker Carlos Bacca has been sold by Liga BBVA outfit Sevilla, for a fee reported to be around £4.1 million. The 28-year-old may feature in what will be his final game for the Spanish side next weekend against Athletic Bilbao in the Semi Final of the Copa del Rey, before flying to Moscow to complete his transfer to Dinamo Moscow. Following the arrival of Richmond Boakye at the start of the current season, Bacca's partnership with French striker Kevin Gameiro was threatened, with the partnership of Boakye and Gameiro being preferred by Brazilian manager Luis Fabiano.

And the trust in the new man is not misplaced - Boakye, 21, has recently been named as the African Player of the Year, as well as picking up two other awards at an award ceremony in Laos. The former Club Brugge striker impressed hugely in his first season in Seville, with comparisons being made between the strike partnerships of Gameiro and Bacca, and Liverpool's 'SAS' partnership of Daniel Sturridge and Luis Suarez, some labeling the Sevilla strikers as 'BAG' as an imitation of the successful Liverpool strikers. 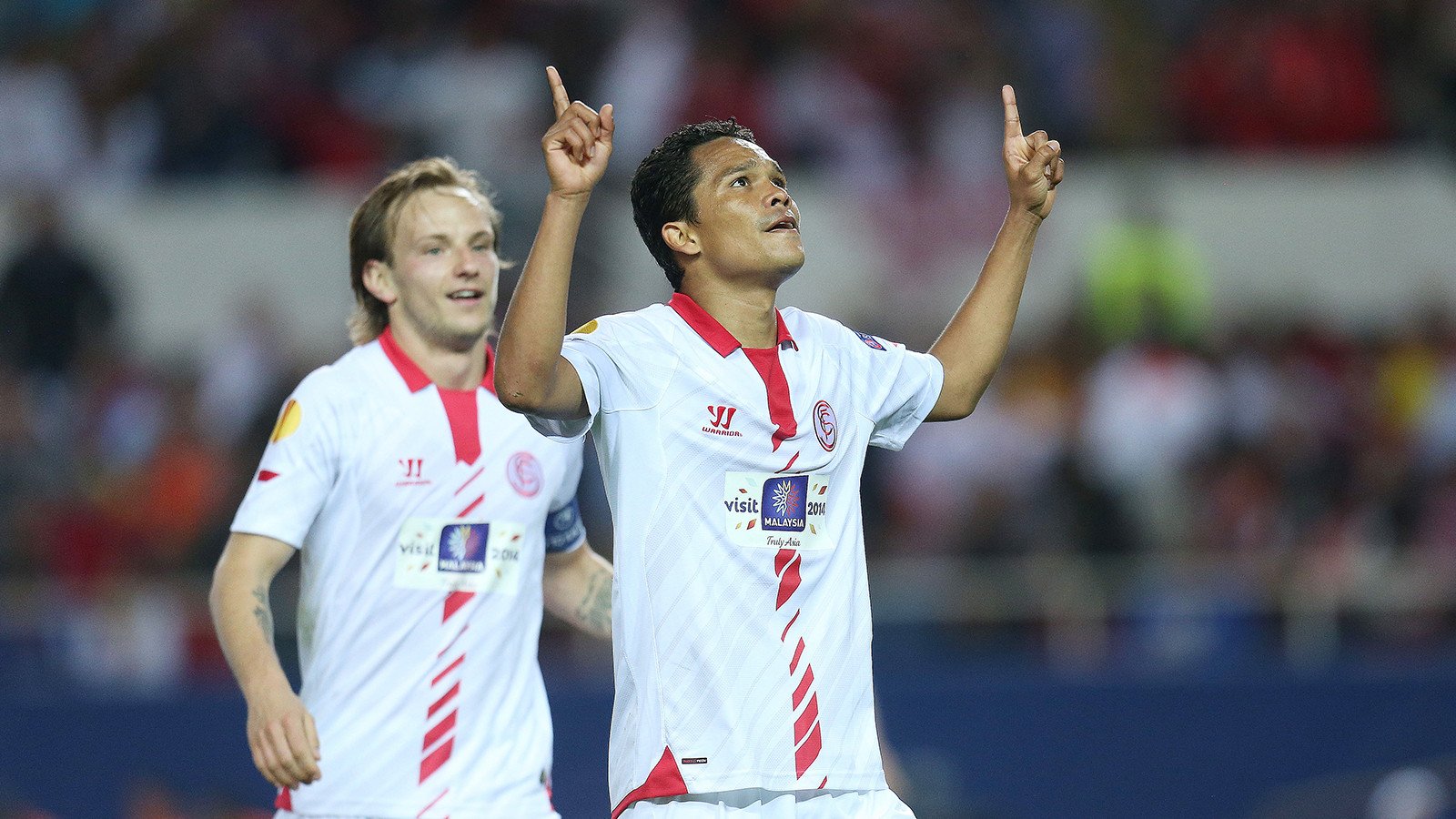 Unfortunately for both Bacca and Sevilla, the Colombian has not been able to carry this form through to the current season, and Boakye's form has taken over, and it would seem that there is a new 'BAG'. Bacca had played six games in the league for Sevilla prior to his departure this season, scoring twice in a 2-2 draw with Osasuna, whereas Boakye has netted eleven goals in fifteen games, and is a much younger option. All three (Boakye, Gameiro and Bacca) are popular among the fans, and it will be heartbreaking for some Rojiblancos fans to come to terms with the sale of their South American striker, but Fabiano promises that a replacement will be on the way.
Login to Quote

pompeyblue
6 years
Good decision to let Bacca go, he wasn't in your plans by the looks of things and you have got some money which hopefully will be of use.
As for Joel Campbell, that's a good signing especially for such a low fee!
Login to Quote

Sevilla Manager Lives Up To Promise As New Striker Joins 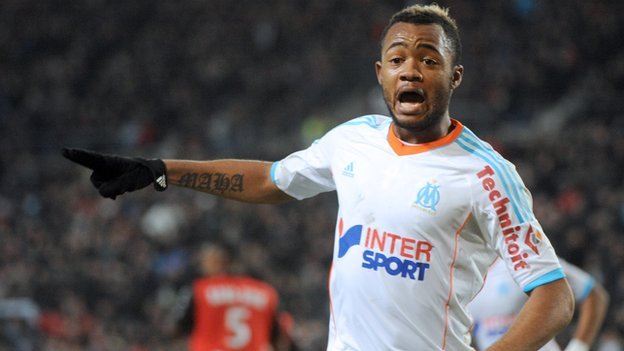 Ayew points to the exit: The Ghanaian striker has signed for Spanish side Sevilla

Perhaps the lesser known of the two Ayew brothers, Jordan, 23, has agreed to sign a four year contract with Liga BBVA side Sevilla, for a fee of £750,000.

The Ghana striker, who is the younger brother of Marseille winger Andre Ayew, had previously been a transfer target of German club Schalke 04, as well as English Premier League side Stoke City. The two brothers, both of whom were born in Marseille, had played together at the club since 2007, with both being considered key players in the squad at times, though Jordan fell out of favour with the management, and was shipped out on loan to Sochaux last season, where he appeared in 30 league games for Les Lionceaux. The plan was for Ayew to spend another season on loan at Sochaux, but the pacey striker, capped 19 times by his country impressed boss Ariël Jacobs in training, and he managed to hold down a place in the Marseille starting XI in the first half of this season. 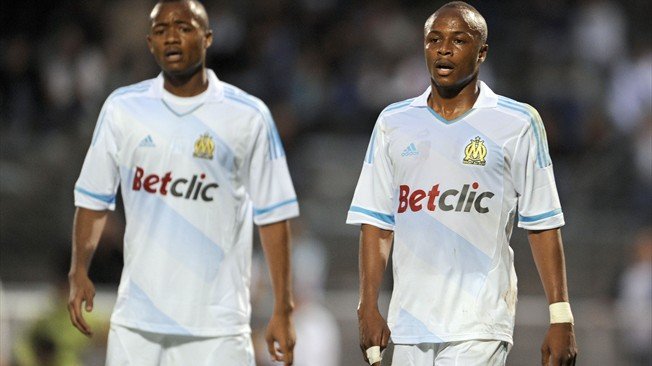 Brothers In Arms: The Ayew Brothers, above, have been with their hometown club together since 2007

However, Ayew was clearly hurt by being left out of the side in the previous season, and told the Belgian manager that he would be leaving when his contract expired in the summer. Ayew told MARCA that he was grateful to Marseille for seeing his potential and aiding his career, but felt that change was needed. Jacobs tried to persuade the Marseille supporter to sign a new contract with the club, but Ayew refused. Initially, Sevilla had attemtped to sign him on a free, but their ears pricked when when they were told that Ayew could be signed immediately, and parted with a compensation fee of £750,000 in order to do so. Previously, manager Luis Fabiano had stated his intent to sign a striker to replace the recently sold Carlos Bacca, and now Ayew will meet up with his Ghana team-mate Richmond Boakye at Sevilla.

Sevilla will have to wait to see their new man in action however, as Ayew's Ghana side is currently participating in the African Cup of Nations - they will also be without Boakye during this period.
Login to Quote

MJK46
6 years
Nice signing. Jordan is really good and hopefully he becomes a star for you!
Login to Quote