Cañizares takes over from Pizzi 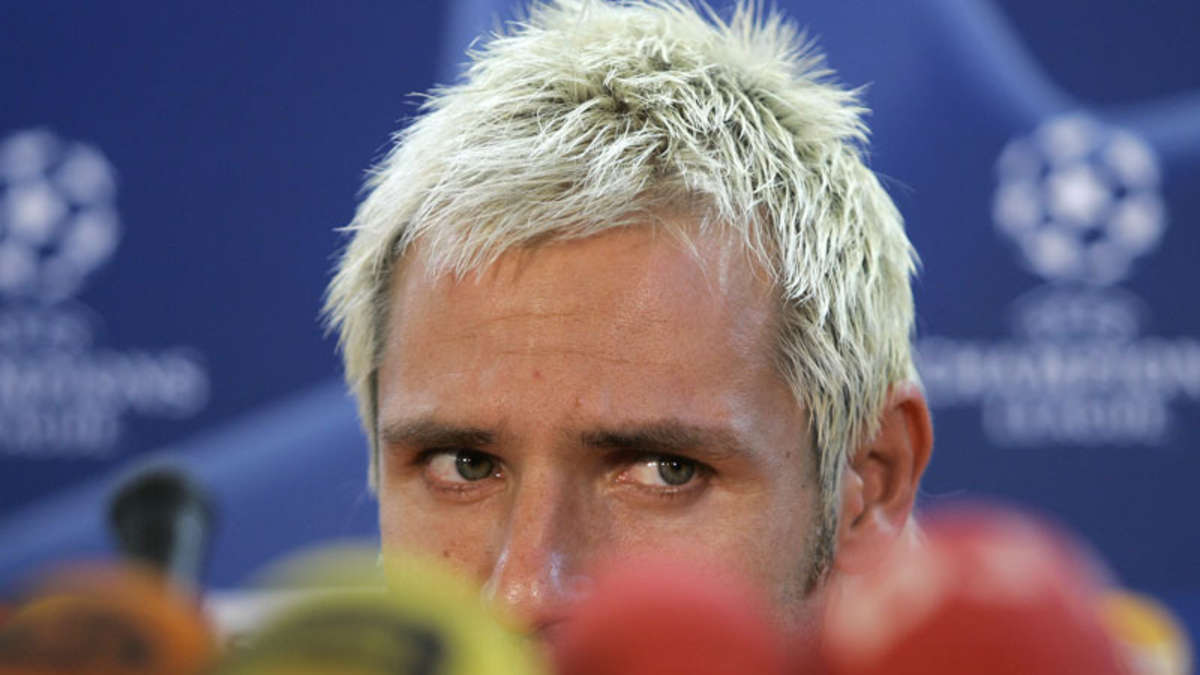 Legendary former goalkeeper of Valencia, Santiago Cañizares, has taken over from Juan Antonio Pizzi at the Mestalla. The Argentinian led Valencia to the 8th place after taking over from fired manager Miroslav Dukic. Valencia used to be part of the big three: Barça, Real and Valencia. But now, Atlético have taken over the final spot from the Valencian outfit. The reason Valencia have slipped down the table recently, are the massive debts they club has. Because of these debts, they have to sell their best players every year. For example: Juan Mata, David Silva, David Villa, Roberto Soldado, and many more played for Valencia before joining other clubs.

Last year however, there were signs of Valencia climbing up again. Although the club finished 8th in the league, they reached the semi-finals of the Europa League. This year they want to continue this upraise with a good finish in La Liga, and they can fully focus on getting a good finish, as they haven’t qualified for the Europa League this year, due to their 8th finish last season.

There was a big press conference at the soon to be replaced Éstadio Mestalla, with tons of Spanish press, club owner Amadeo Silva, and of course new manager Santiago Cañizares. Silva was very pleased with the new manager: “I’m very happy to have such a Valencia legend on board, he has helped the club to victories as a player, and we hope he can also do that as our manager. I have full faith in him, as I know him really well, he’s a great man.”

The Spanish ex-international also added something before the press got to ask some questions to the manager: “I’m very happy to be back at this great club where I achieved such successes, and I want to thank all the managers that let me play for Valencia. They have also given me the opportunity to earn me a place in the national team of Spain.”

Next, it was question time for the new manager. When a reporter asked him what he was aiming for in his first season, he said: “We’re aiming for the top 5 this year: we really need continental football to progress as a club.” Another journalist asked what Cañizares had to spend this first transfer window: “Well, at Valencia, we are in a tough financial situation, so I don’t have a lot to spend, but we might sell some players to get others in.”

It is reported that Cañizares is also looking to sell some players, including French left-back Cissokho, who earns a lot, but is not Valencia’s first choice. “I’m looking to sell some players who are making a lot of money at the club. I think I can replace these players fairly easily with other players.” Cañizares said. Also, in shock news, star player Éver Banega is looking to move on, and bids have already been accepted for him. These bids are believed to be in the region of 25 million euros.

New kit manufacturers Adidas have chosen for a classical white-black-orange design on the home kit, but with a unique pattern on the front. The away kit is black, but it has been made more interesting with the orange strip running horizontally over the kit.

I have decided to write a story about Valencia getting back to the old days, the days of Cañizares, Silva, Villa, and all those other legends.

And one more thing, I’m actually sticking to this story: I’ve already written ahead. The match updates will be monthly, and not per match, but just a quick recap. The emphasis is on the transfer windows. So you could say it’s a bit like how Griffo is doing his Truro story at the moment.

I’m using a combination of pr0’s and Steve85’s database updates.

Review:
A very good pre-season for Valencia, although it only had one real test: Frankfurt away. Especially the performance against Chania must have been pleasing to see for the fans, as Valencia dominated the Greek side: they only allowed Chania to get one shot on target. Goals came from Hélder Postiga (twice), Adil Rami, Soufiane Feghouli (a great volley) and Andrés Guardado (a penalty).

All in all, it was a great pre-season for Valencia, with only one goal conceded in five matches. Cañizares has created an organised defence, something that wasn’t the case last season, where Los Che conceded 53 goals in 38 matches.

Player of the Pre-Season:
Centre-back Adil Rami has been a rock at the back, contributing to Valencia’s four clean sheets this pre-season. He has also scored two goals for the team.
Login to Quote

bebero
8 years
Good pre-season ! You got only one goal, that looks a lot! Good luck in the championship!
Login to Quote 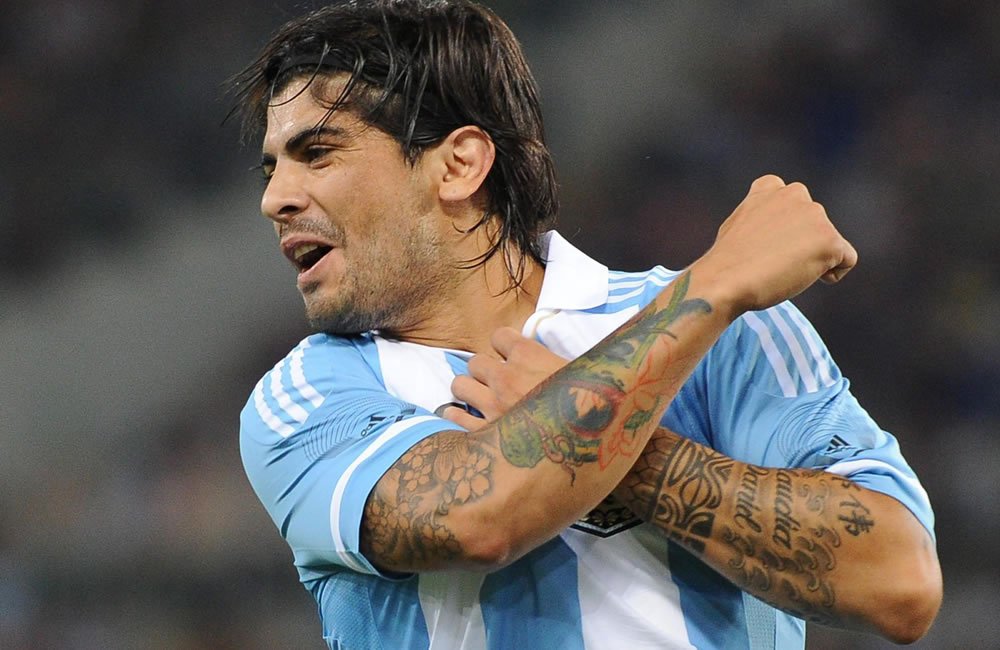 The first transfer Cañizares has made, is one that many Valencia fans won’t like. The new manager has sold star-player Éver Banega to AS Monaco for a fee of 24 million Euros, although Valencia won’t get all of that, as they have to pay 5% of the transfer fee to Boca Juniores, Banega’s old club. Although the fans are not pleased with this transfer, they are happy with the amount of money the club received.

Banega was pleased to move to Monaco, but he has thanked Valencia for bringing him into Europe from Boca: “It’s always hard to move to another club if you stayed at your club for a long time, and it was also very hard for me. I want to thank everybody here, and I hope to come back to this great club later, may it be as a player or as a coach.”

As his replacement, the club have signed former West Ham-midfielder Mohamed Diamé for a fee of 4.1 million Euros. The 26-year-old is worth a lot more than that, but he has a release clause of 4.1 million. Diamé has represented his country Senegal 15 times, scoring no goals. Before joining West Ham on a free transfer, the strong midfielder played for Wigan, Rayo Vallecano, Linares, and Lens. He didn’t play any games in the first team at Lens, and he made his debut for Linares, in the 3rd tier of Spanish football. Diamé is expected to go straight into the starting line-up to replace Banega, along with Dani Parejo.

Diamé on his transfer: “I’m very pleased to have joined such a big club, with a lot of history in Spanish football. It’s also a very logical move for me, as I speak Spanish after my spells at Linares and Rayo Vallecano.”

Aly Cissokho has also joined AS Monaco, for a fee of 2.5 million Euros. The former Liverpudlian joined Valencia from Olympique Lyon for a fee of 6 million Euros. That means Valencia are making a significant loss on the player. But Cañizares was not worried: “I wasn’t planning on using Aly anyways, so he’d just cost us a lot of wages. I’m happy that we’ve managed to sell him to AS Monaco for a reasonable fee.”

Replacing him is AC Milan-flop Dídac Vilà. The 24-year-old Spaniard joins the club for a quite small fee of 1.7 million Euros. Vilà will most likely be a back-up to Jérémy Mathieu, who is the number one left-back of Valencia. Vilà played for Espanyol before joining Milan, only playing one game in three seasons for the Rossoneri.

Valencia have also signed right-winger Alessio Cerci from Torino, who play in Serie A. Cerci was a key asset in Torino’s good finish last season, and due to Parma not meeting certain rules, the recently promoted team will even play in the Europa League next seaon, but without Cerci and Immobile. Cerci formed a great duo with Immobile, who has joined German outfit Borussia Dortmund. Cerci scored 13 goals in 37 appearances last season, and he gave 12 assists, mostly to Immobile. Valencia have picked the former Roma, Fiorentina and Hellas player up for a fee of 8.25 million Euros. Cerci will make 61k per week at the Mestalla.

Cañizares on his new signing: “After the transfer of Éver (Banega), we had some cash to spend, and as we were lacking depth on the right, I’ve decided to pick this very talented player up. I think he can provide goals and assists for this team, and he’s certainly not old at 26.”

Valencia didn’t have a busy transfer summer, but we’ve put together this list which will show you all of the club’s transfers:

With Valencia’s new signings, we predict that Valencia’s first team will look like this: 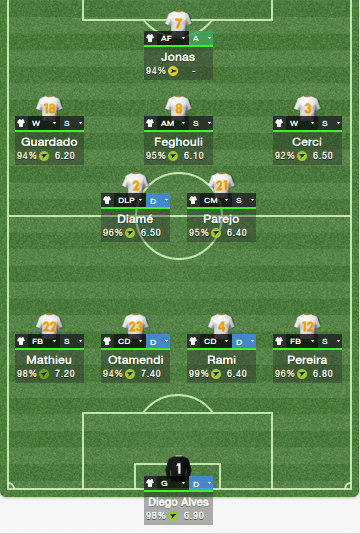 pokarioboy
8 years
Like the tactic! And a wonderful preseason

swanny8589
8 years
interesting signing in Diame though i think he has what it takes to succeed at Valencia, keep hld of Parejo cause hes a quality passer of the ball

bebero
8 years
Great singing ! Cerci is a super player!
A good tactic, I hope to do a good job! good luck!
Login to Quote

Verdinho
8 years
Awesome choice of team & manager. If you had started just a day later, you could have had Rodrigo and Andre Gomes from Benfica. Good luck

Would've been two amazing players for the team. Thanks for the comment though!
Login to Quote

Tallery
8 years
A great team, not sure about those ratings though

Good pre-season, but not really any tests, march on the season!
Login to Quote

Slid3Tackle
8 years
You have a very solid squad mate! good luck with your story!
Login to Quote

Aaron
8 years
Loving the updates, and you have a solid team! Good luck! Love the banner as well!
Login to Quote