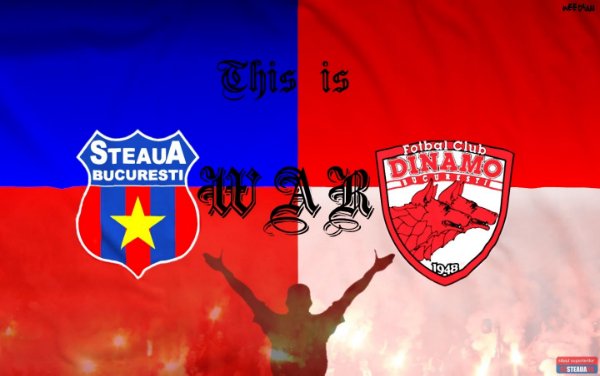 Current reigning champions, and favorites to win the Romanian Premier Division Steaua Bucharest have today announced the shocking resignation of former manager Constantin Galca. Steaua being first in the league in February will be left shocked by Galca's departure considering the successes he brought to the club this year and in past years.

It's not all doom and gloom for the 24 time champions though, as Galca departs the club a newly formed manager in Englishman Aaron Hardy has been brought into the club on a one year deal, which he will have to use to impress his new employers.

Hardy has been given the chance to see the remainder of the season out as Romanian Champions for the fifth time running.

Despite the amount of class in the squad Hardy inherits, this is no doubt going to be a very hard feat for him to make but with the board, fans, and players' backing it's not impossible. In fact, the head start at the top of the table does give him the advantage as he will continue the second half of the season with a game in hand. Aaron himself believes he can make Bucharest champions again.

Hardy: "It's not going to be easy but I've been brought here to do a job and because the board believe I can do that job. I too believe that I can do it, otherwise I wouldn't have accepted the contract.

It's also my way into football. Whilst I am committed to this club, if I do well then who knows what the future may bring. That's a big incentive for me to do well.

Whilst I'm here, despite him joining our biggest rivals I would like to wish Keiran Caville the best of luck in his ventures with Dinamo Bucharest. I'm looking forward to going up against an old friend."

So what has the past brought Aaron Hardy? Well he began his career in the depths of the English Southern Conference with his hometown club Salisbury City where he scored 20 goals in a season at the age of 17. He impressed so much earning himself a move to MK Dons where he went on to make 70 appearances. At the age of 20, scouts from Liverpool, Arsenal, Chelsea, and Newcastle all had their eye on the upcoming talent but it was Liverpool that won the fight. He made 56 appearances for the 18 time Premier League champions before he suffered multiple injuries to his Achilles heel and his right ACL. Ultimately, his ability and form suffered as a result and he was forced to an early retirement.
Login to Quote

Jack
5 years
Like I said on Toddzy's, interesting idea here and I can't wait for it to start 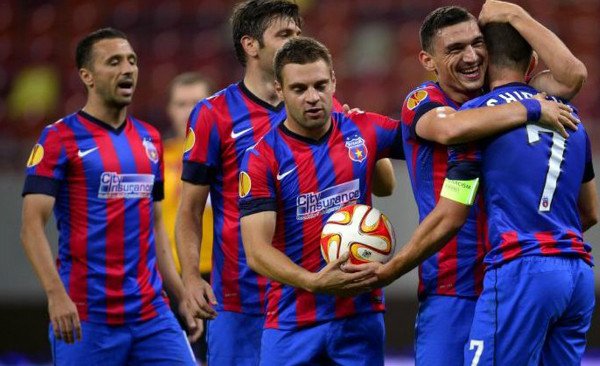 Steaua Bucharest currently find themselves sitting atop the Liga I by two points, and a game in hand. Challengers include Pandurii who are at this point second to only Steaua, and big rivals Dinamo Bucharest.

Thus far, everyone excluding Pandurii and Rapid Bucharest have played 17 games. The other two have played 18. With a win, Dinamo could be hopeful of keeping their third place spot but if they're to lose their next game then up to four teams can overtake them. Which shows how many teams are in for the league title...Or at lest third spot.

As it stands, no one can leap frog the two at the top but new Steaua Bucharest manager is not getting too far ahead of himself just yet, as he remained modest but quietly confident in his Pre-Match interview for his first game against CSMS Lasi.

I think that any team who is challenging for the title come the half way point of the season will also be challenging for it right at the very end. It's March now, and we're at the top, Pandurii are just below us and there are other teams like Dinamo and Astra that are still in the mix.

Despite being outright favorites for the league, there are still a lot of good teams challenging for this title and we are going to have to be at our very best to fend them all off. We want this title and I have full confidence in the team, we've gotten this far so whose to say we can't keep it going?

If we can get off to a good start against Lasi then I do believe we can kick on and bring some consistency back to the table, because recently we've been a little disappointing. If we can win our game in hand on Saturday then we'll have an even bigger advantage to build on, which at this point in time is the only thing I have my eyes set on. I'm taking it one game at a time.

You are reading "Bătălia de la București - A Tale Of Two Stories (Steaua)".