Jer
4 years
He can tutor players too! Solid signing!
Login to Quote 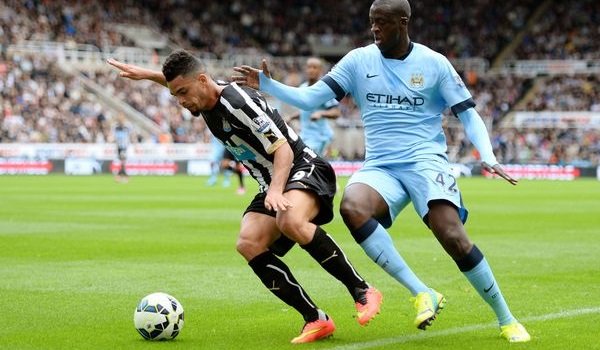 Emmanuel Riviere and Jack Colback have sealed their switch to the Etihad Stadium, with Manchester City paying out a combined fee of £50m for their latest additions.

Only a few days ago it was reported that a deal was close and the processs has now moved forwards dramatically, with the two clubs reaching an agreement over the transfer fee. Both players have gone onto finalise details of their contracts and have passed medicals. Riviere and Colback are now set to fly out to the United States to join the rest of Roberto Mancini's squad for their pre-season tour.

Newcastle United's 2014/15 Player of the Season Emmanuel Riviere made up the majority of the transfer fee, costing £32m. He scored 24 goals in his inaugral season in English football and was also awarded a place in the PFA Team of the Year.

Jack Colback similarly only spent one season on the books at St. James Park, before his £18m transfer to Manchester City. Switching from Sunderland on a free transfer, Colback was a consistent performer in a team which had huge success under rookie boss Santiago Muñez.

And despite the significant risk with this deal, Mancini believes it represents great business for his side as they bid to improve on last season's 2nd place Premier League finish.

He said: "We have signed two of the very best players in the Premier League last season, so for me, that is excellent news. The fee is quite high but that is because these players are proven quality and will bring a lot to our team."

From Newcastle's prospective, former player Michael Owen has warned them to spend the money wisely. "Manchester City can say what they like, I think that Newcastle have done extremely well to get this much money," said the Englishman. "Now it is up to Santiago to re-invest these funds in the right areas and be sensible. Riviere and Colback were great players last year, but with £50m, they can replace them and still strengthen the squad."

In addition to the signings of Riviere and Colback, Manchester City have also added AS Monaco's Joao Moutinho and Chelsea's Marco van Ginkel, to their squad. Michael Carrick remains the only Newcastle signing so far, however new faces are expected, with Alex Oxlade-Chamberlain and Julian Draxler rumoured targets. 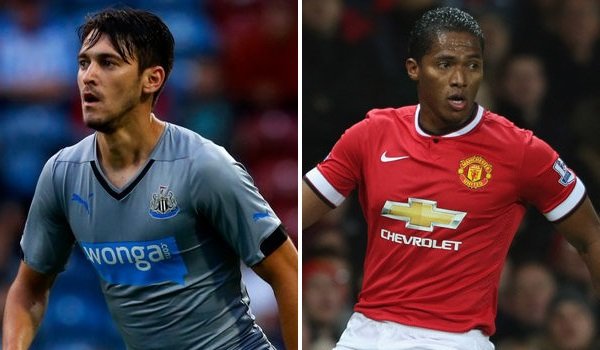 Newcastle United have wrapped up the permanent transfers of Facundo Ferreyra and Antonio Valencia.

Both players have joined the club following successful loan spells last season, as they contributed to Newcastle's fantastic 4th place Premier League finish, Capital One Cup Final success and FA Cup run that ultimately ended in defeat in the Final.

Argentine forward Ferreyra originally arrived at St. James Park on loan from Ukranian outfit Shakhtar Donetsk, and enjoyed a lethal streak in front of goal, bagging 21 goals in all competitions. At an earlier stage in his career, the former Banfield striker was touted as the next big thing and even scored 10 goals in 20 appearances for the U21 national team, but it was not until his period in the North-East where he finally fulfilled his potential.

Wide-man Valencia was already an experienced player within the Premier League and was signed on from league rivals Manchester United. Having lost his place in the Red Devils side and being ridden with injuries, Valencia was able to rejuvenate his career at Newcastle, with a series of eye-catching displays. He went onto score 10 goals from the right wing position and managed an astonishing 17 assists.

It was not a tough decision then for Santiago Muñez to bring back two very influential figures from his team that performed so well. Negotiations with Shakhtar were made much easier by a clause which enabled the Magpies to sign Ferreyra permanently for as little as £6m, and they were also able to agree on an £8.5m fee for the Ecuadorian international Valencia.

It was confirmed on Newcastle's official website that 24 year old Ferreyra has agreed a three year deal, while 29 year old Valencia has settled for a contract of the same length. The club has also announced the official release of 5 senior players alongside 12 youth players.

Jonas Gutierez, Ryan Taylor, Sammy Ameobi, Jak Alnwick and Remie Streete have all been told that they have not been offered fresh terms with the Geordies. A dozen Academy players are also on their way out of the club, after the expiration of their contracts.

Zed
4 years
Two good signings you've made. I always prefer having players permanently over loaning them.
Login to Quote

mo_123
4 years
Some good money and some good signings. Valencia was outstanding last season and hope that he brings his form over to the new season.
Login to Quote

Great signings too.
Login to Quote

pompeyblue
4 years
Zed: Cheers. It was massively important that we got them signed before anyone else did, so I'm glad that we got it done.

mo_123: Thanks bud. The positive momentum from last year will be key in building for another strong season this year, I think.

IWelshWizard: Yeah, haha. Could only ever happen in FM!
Login to Quote

Ta31_a
4 years
What happened to this story?
Login to Quote