In:
- Cuiaba have bought defensive midfielder Amorim from Bahia for 6K Euros. He can play either anchor man or box to box midfielder, and looks like he can be sold for a large profit. 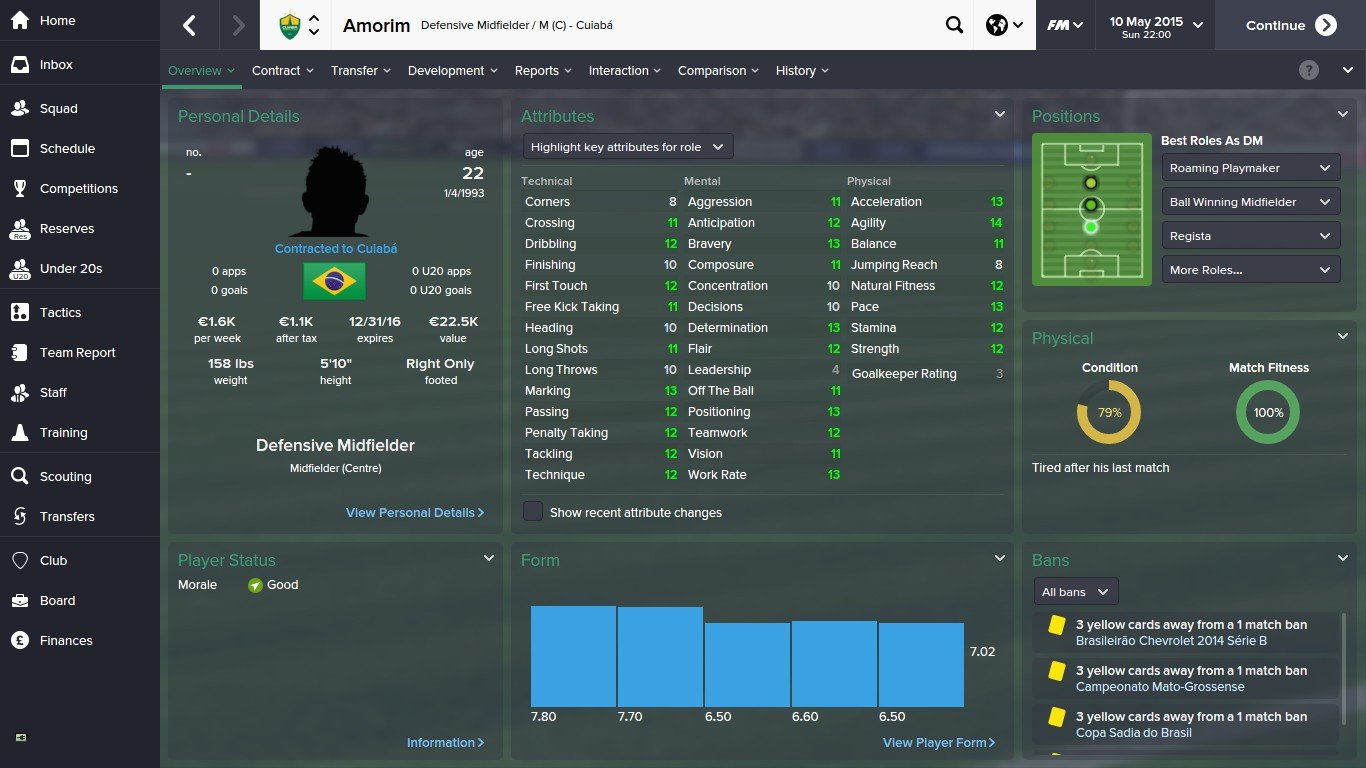 Out:
- 30 year old CB Samuel has been sold to Guarani for 4.1K, although the fee can increase to 5.5K if conditions are met. He had been unhappy at the club and wanted to move. 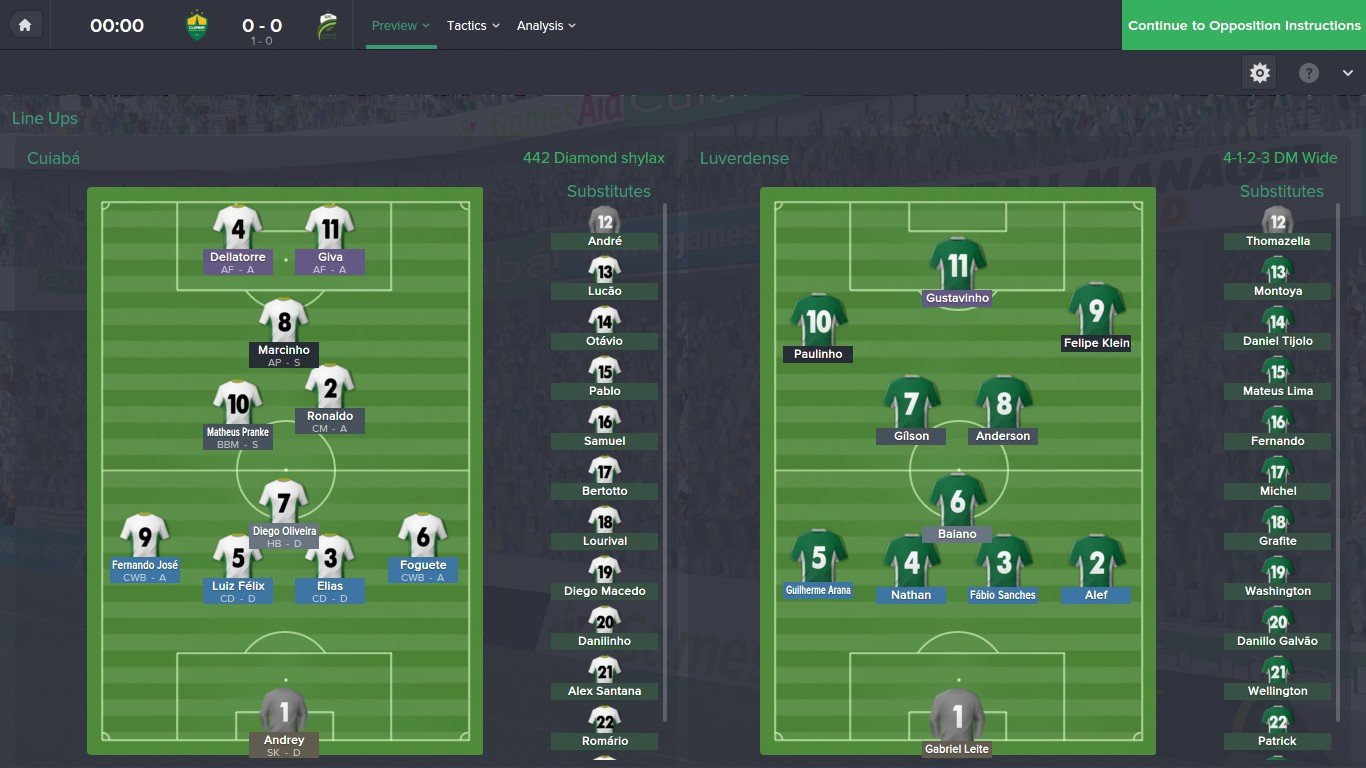 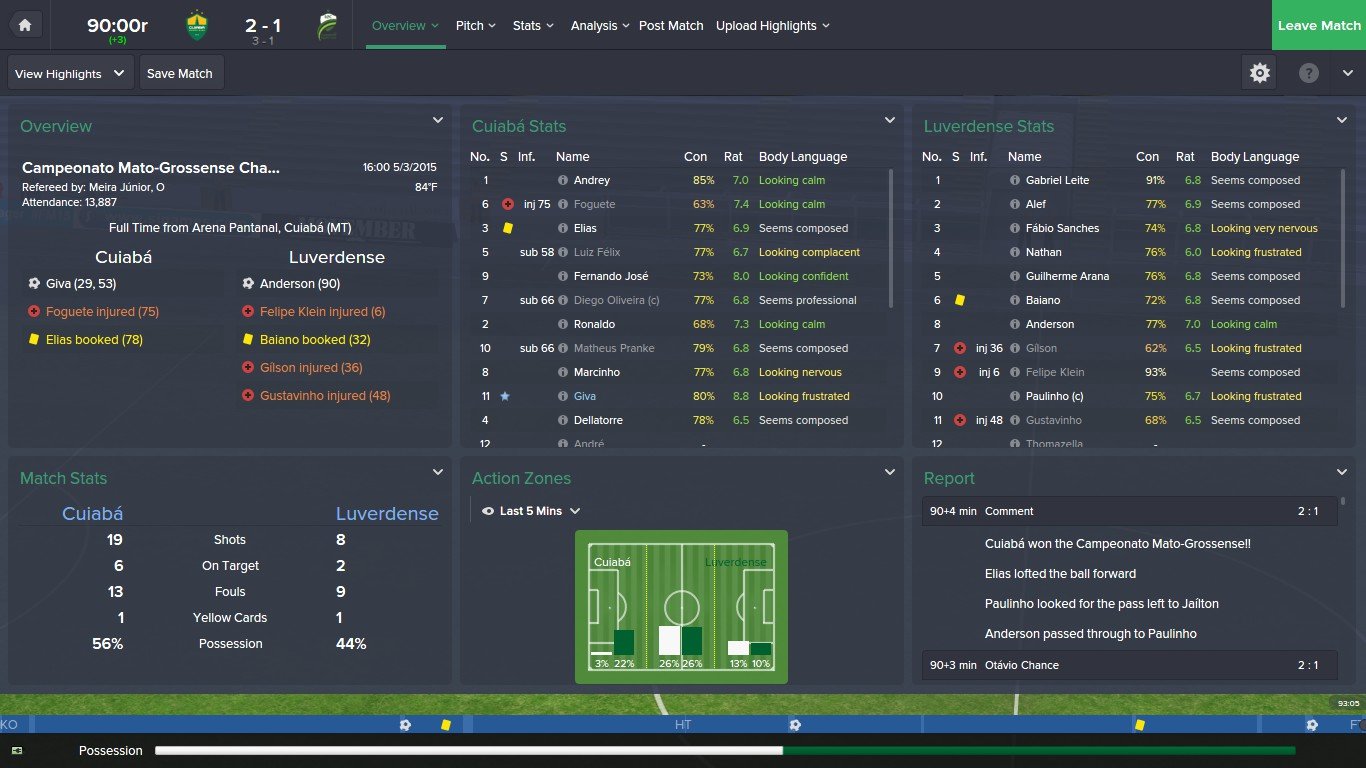 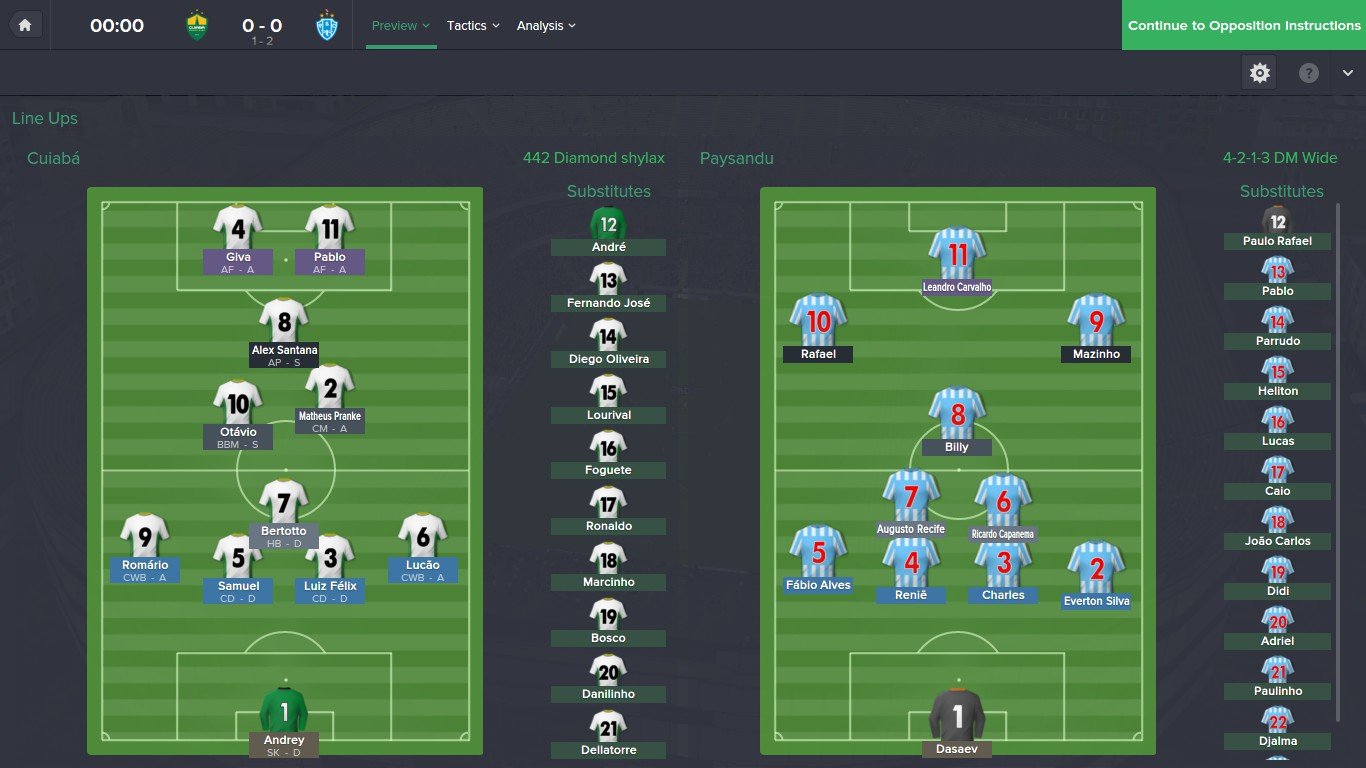 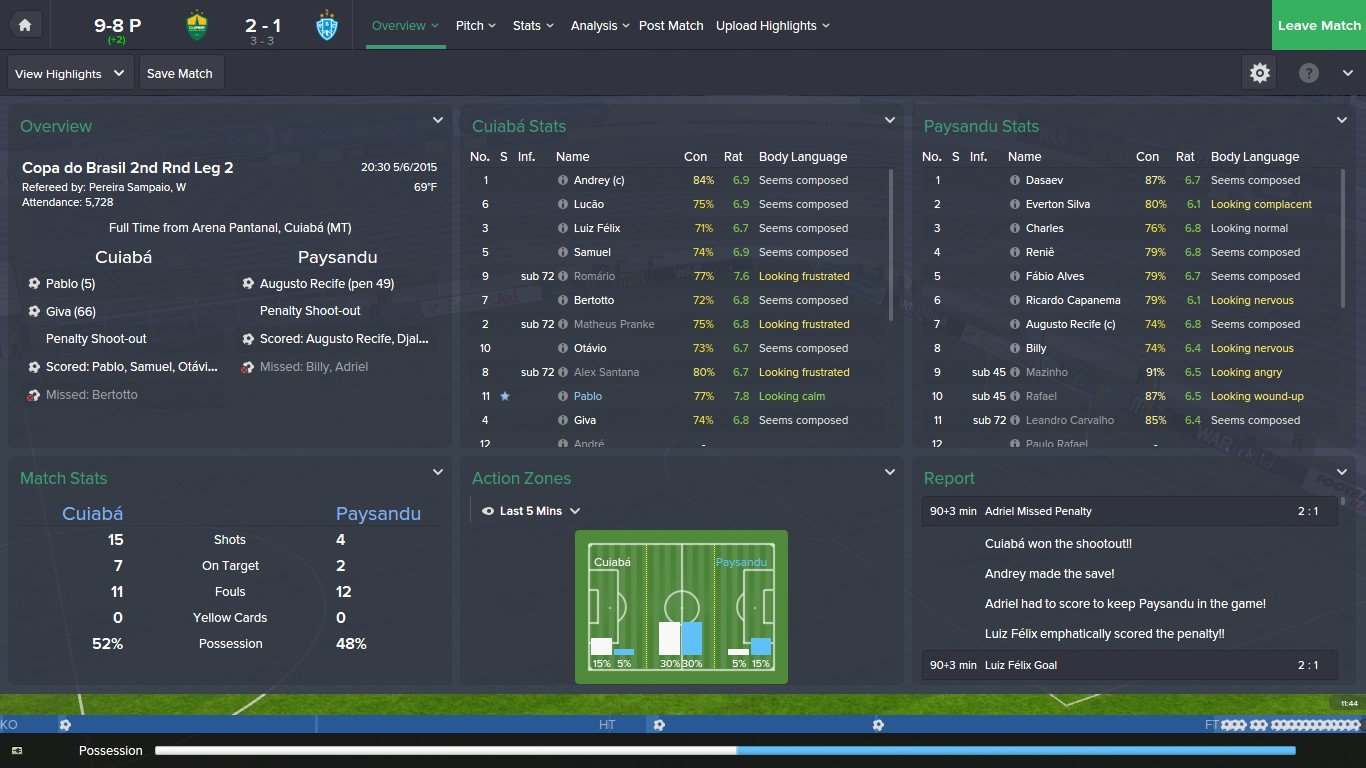 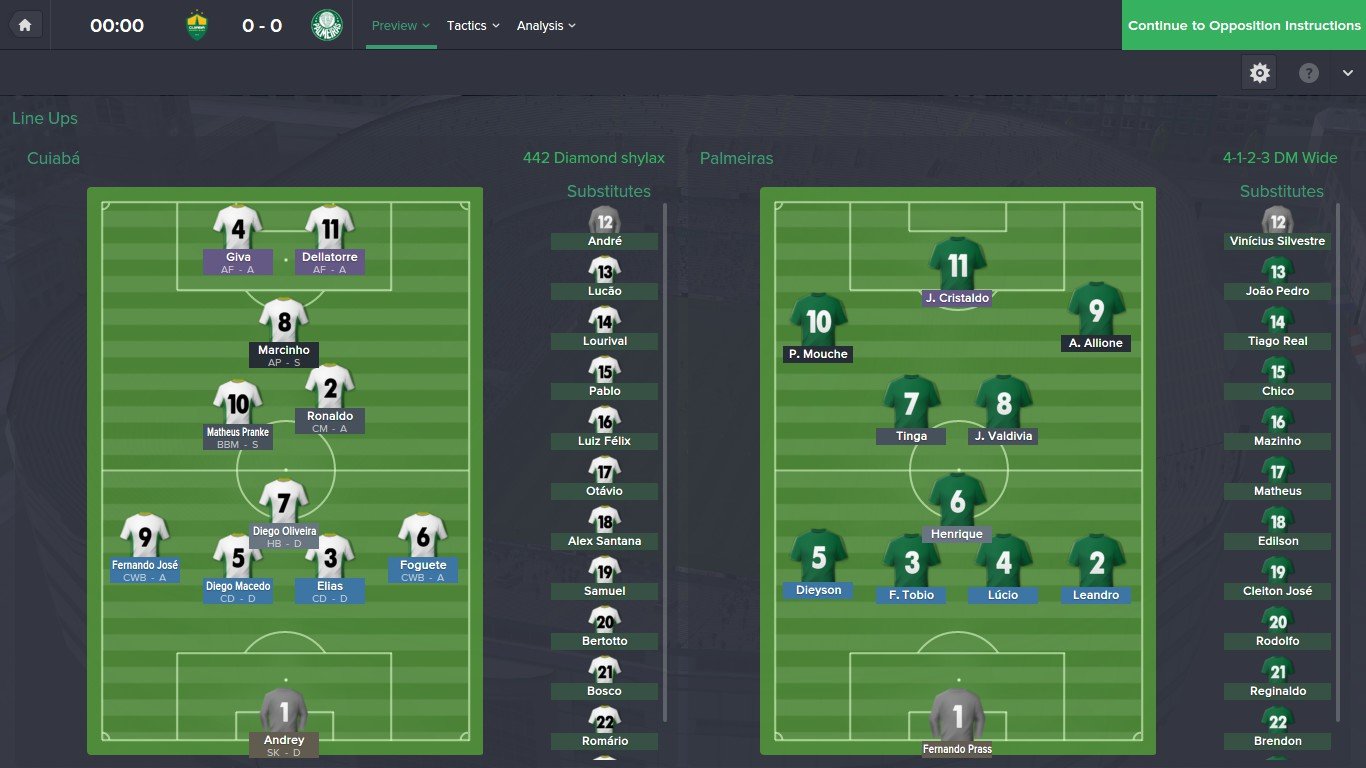 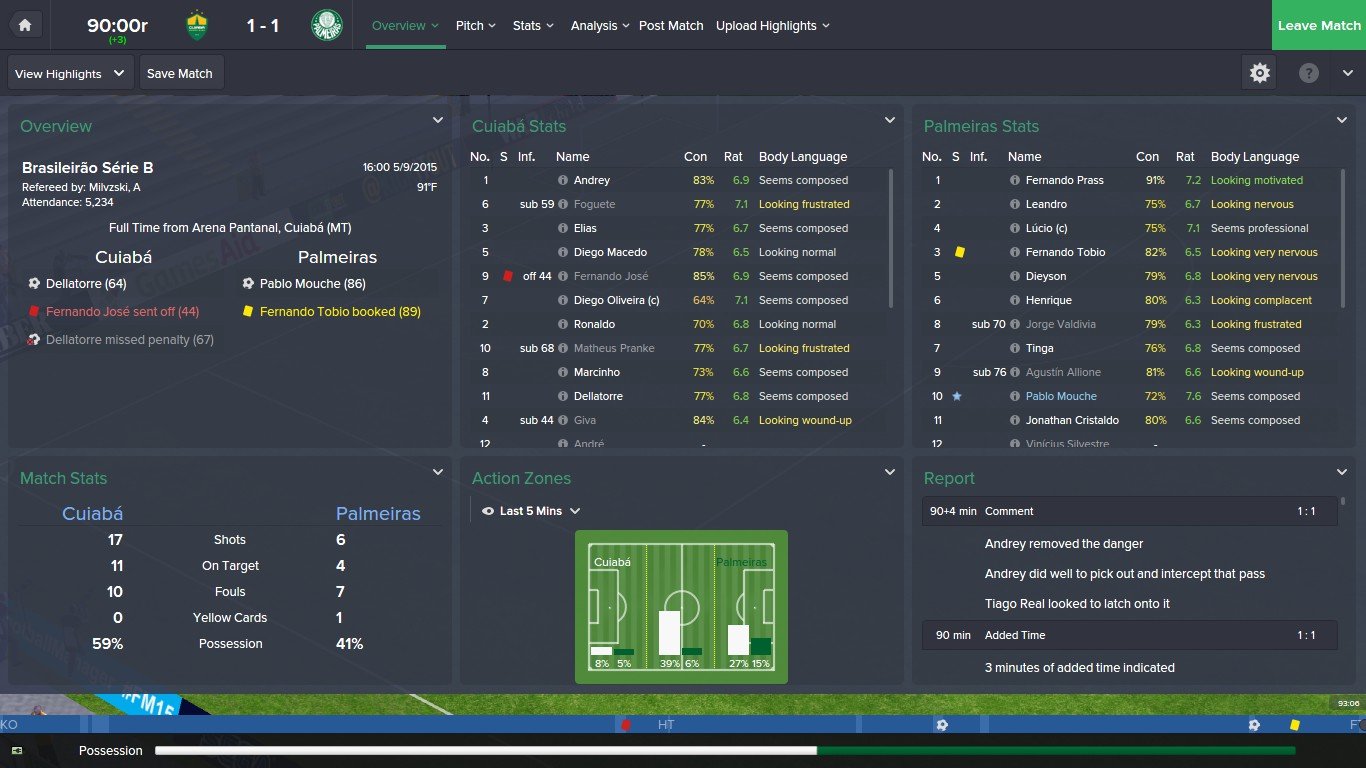 Our debut in Serie B was a mixed bag. Our position was put into doubt when left back Fernando Jose picked up a straight red for a horrible tackle. Dellatorre played hero and goat, scoring to give us the lead, but missing a penalty, and we paid for it when Palmeiras equalized late. 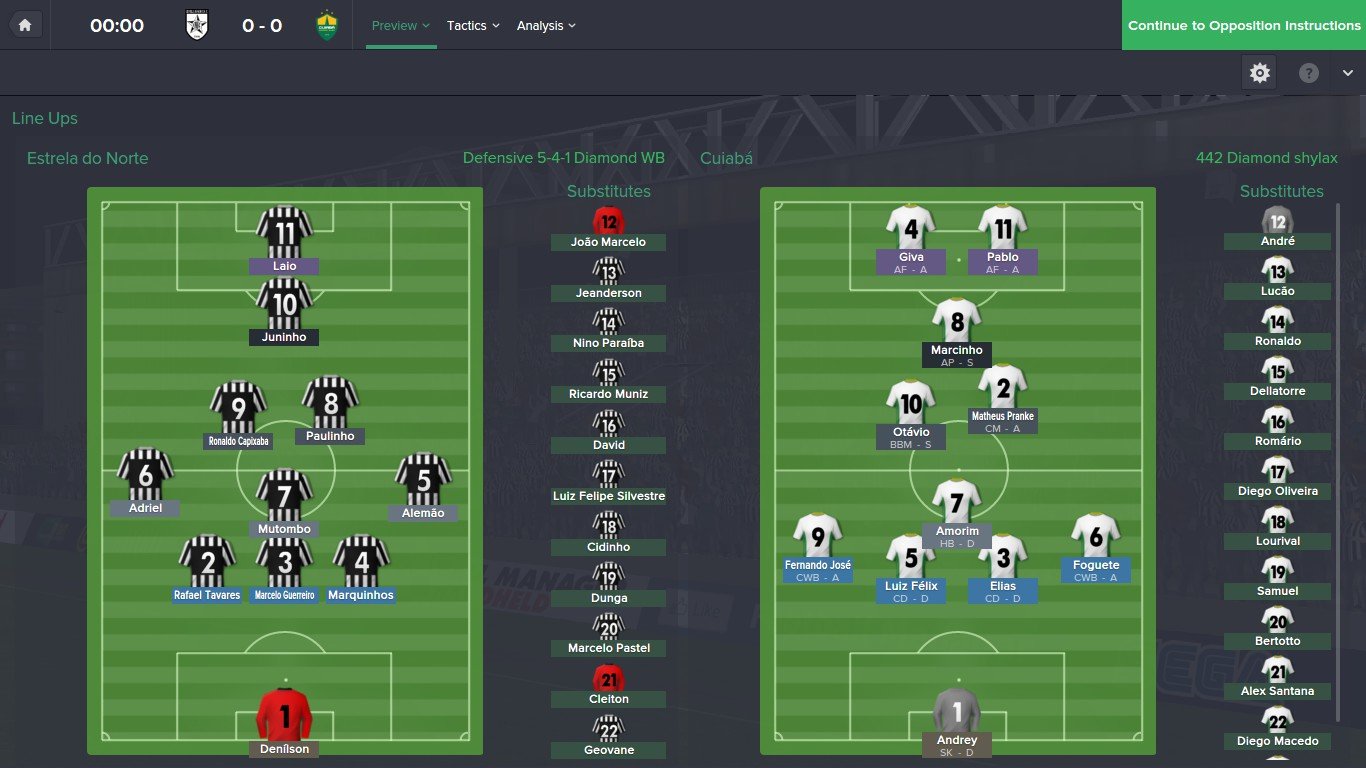 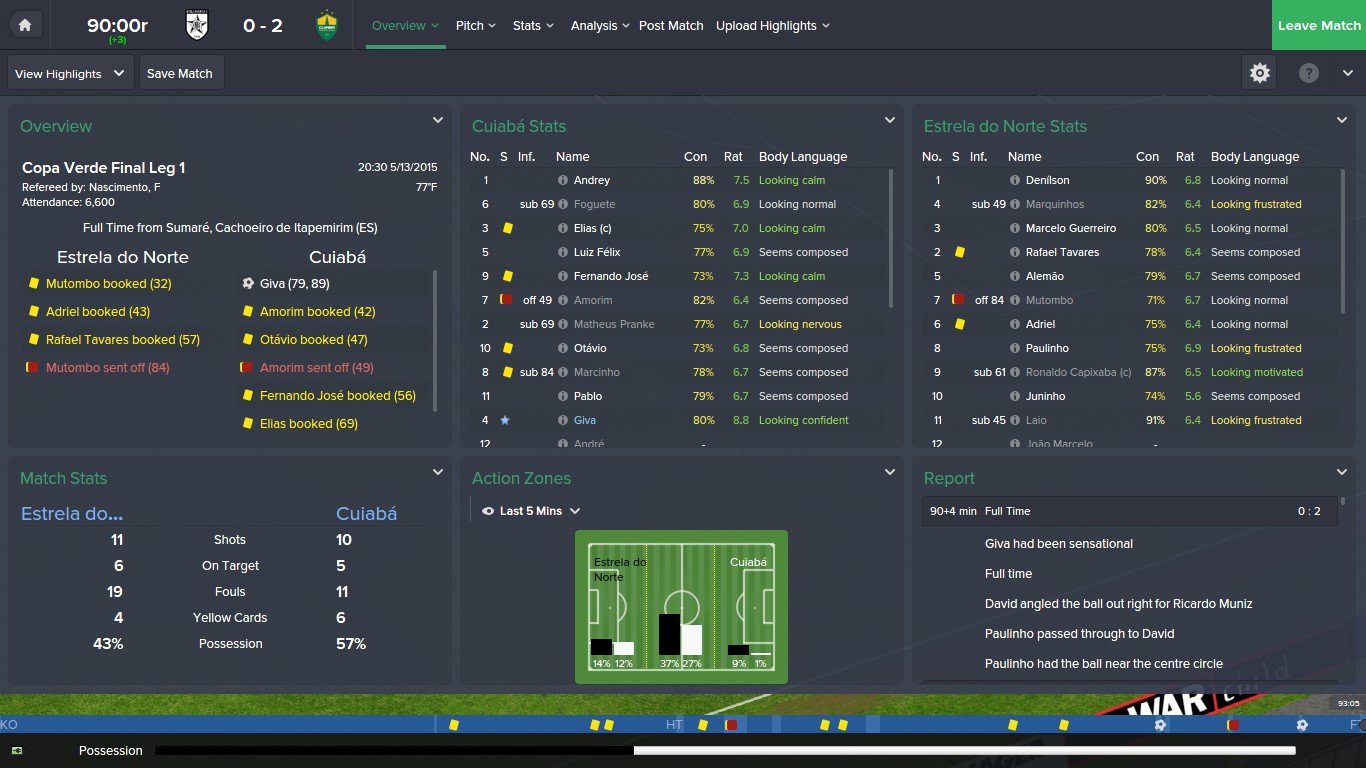 Amorim's debut was cut short with a red card. Giva scored 2 goals to win despite being shorthanded. 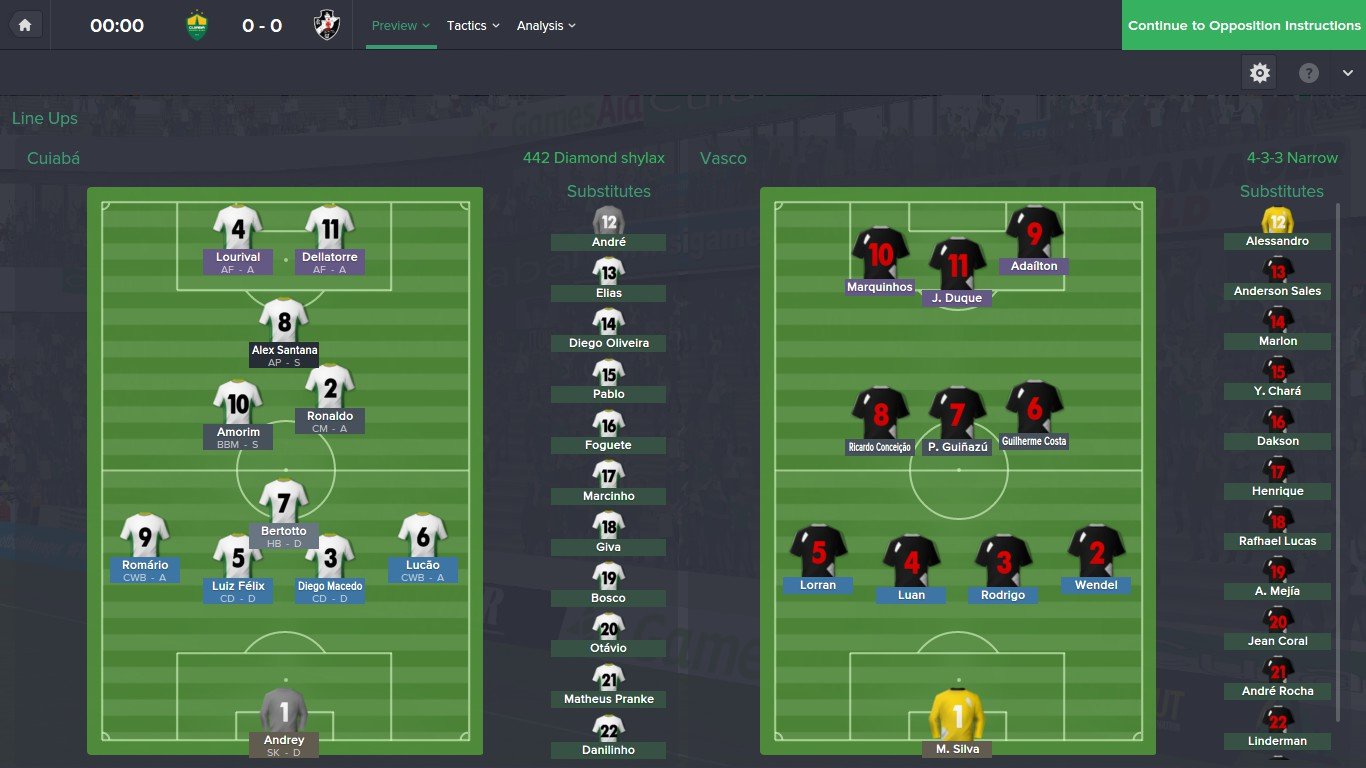 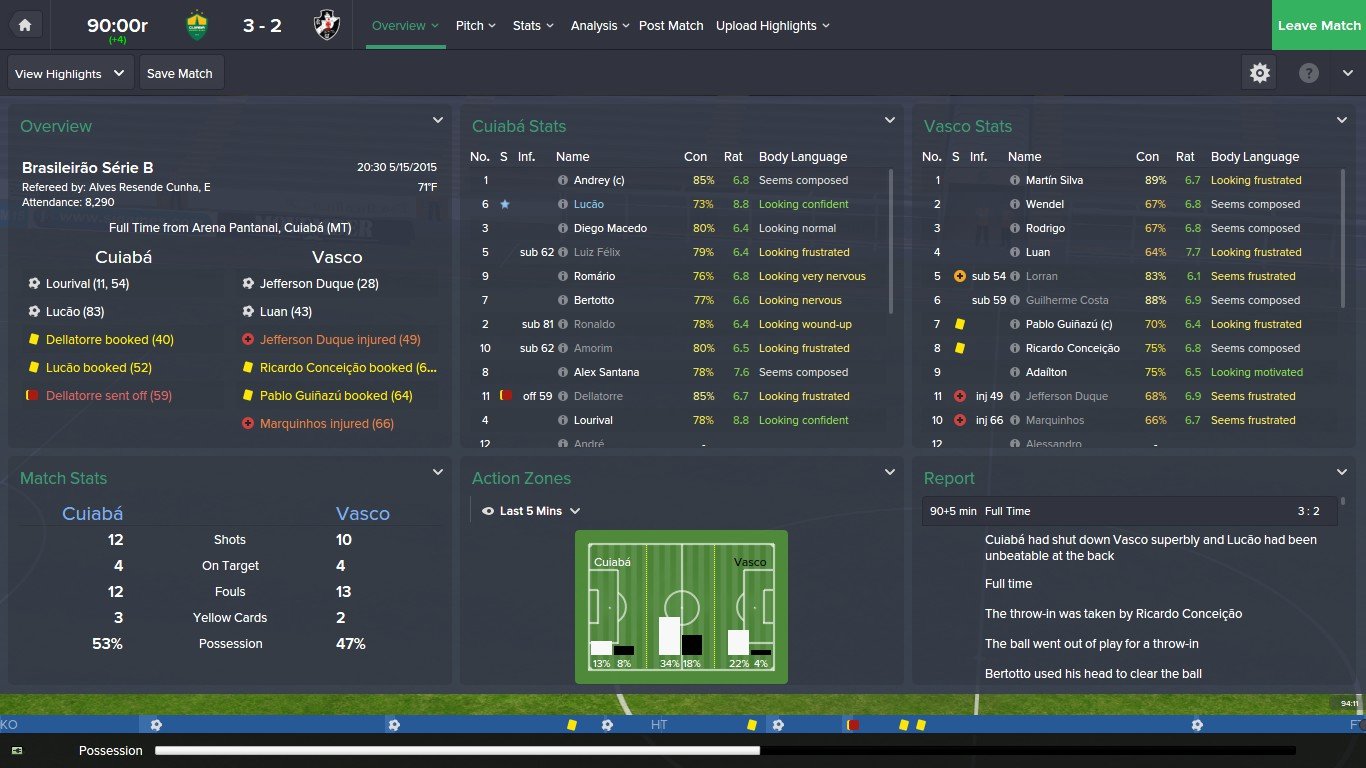 It was a wild game with multiple lead changes. We came back from a 2-1 deficit to tie it up 2-2, both goals scored by Lourival. Dellatorre's second yellow card made it the third red card in as many matches by Cuiaba players, which is a worrying trend, but Lucao scored the winner to give us our first win in the Serie B.

- Foguete suffered a sports hernia and will be out 4-5 weeks. 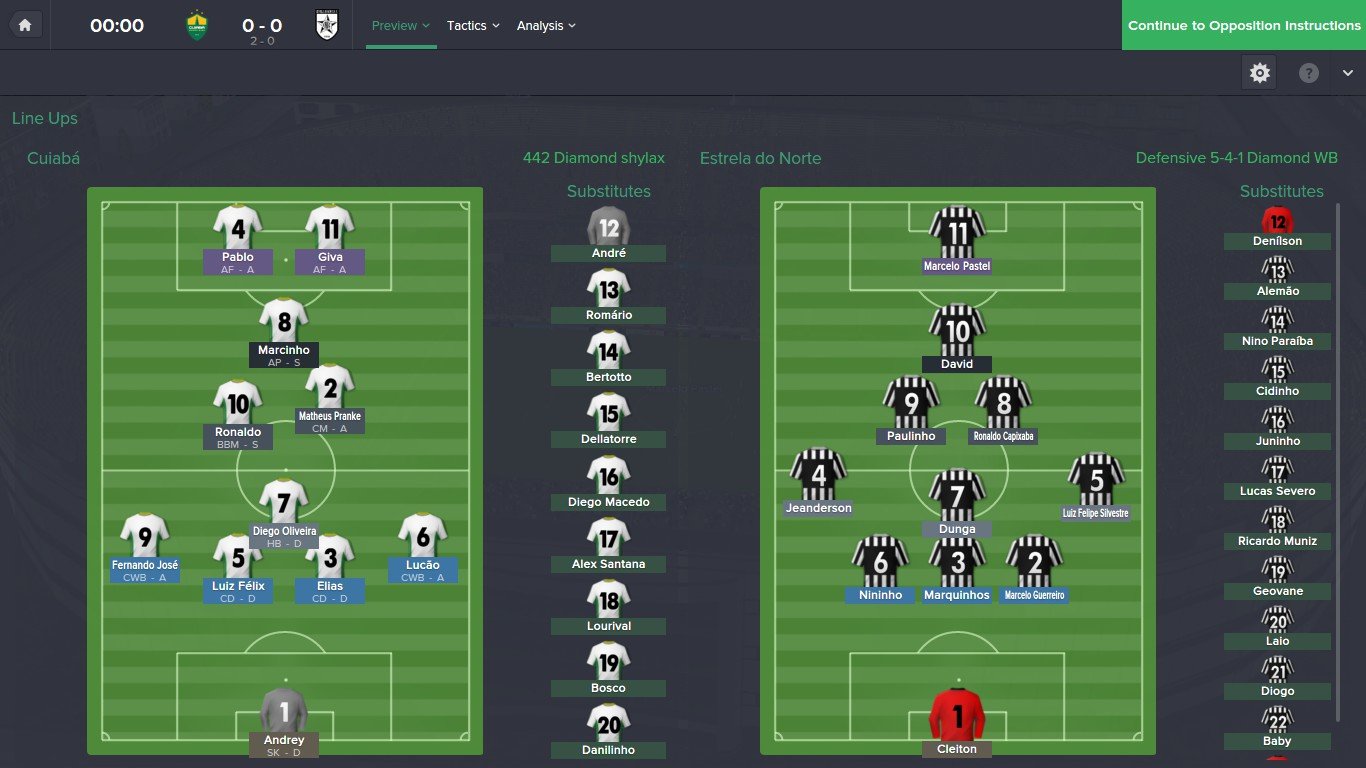 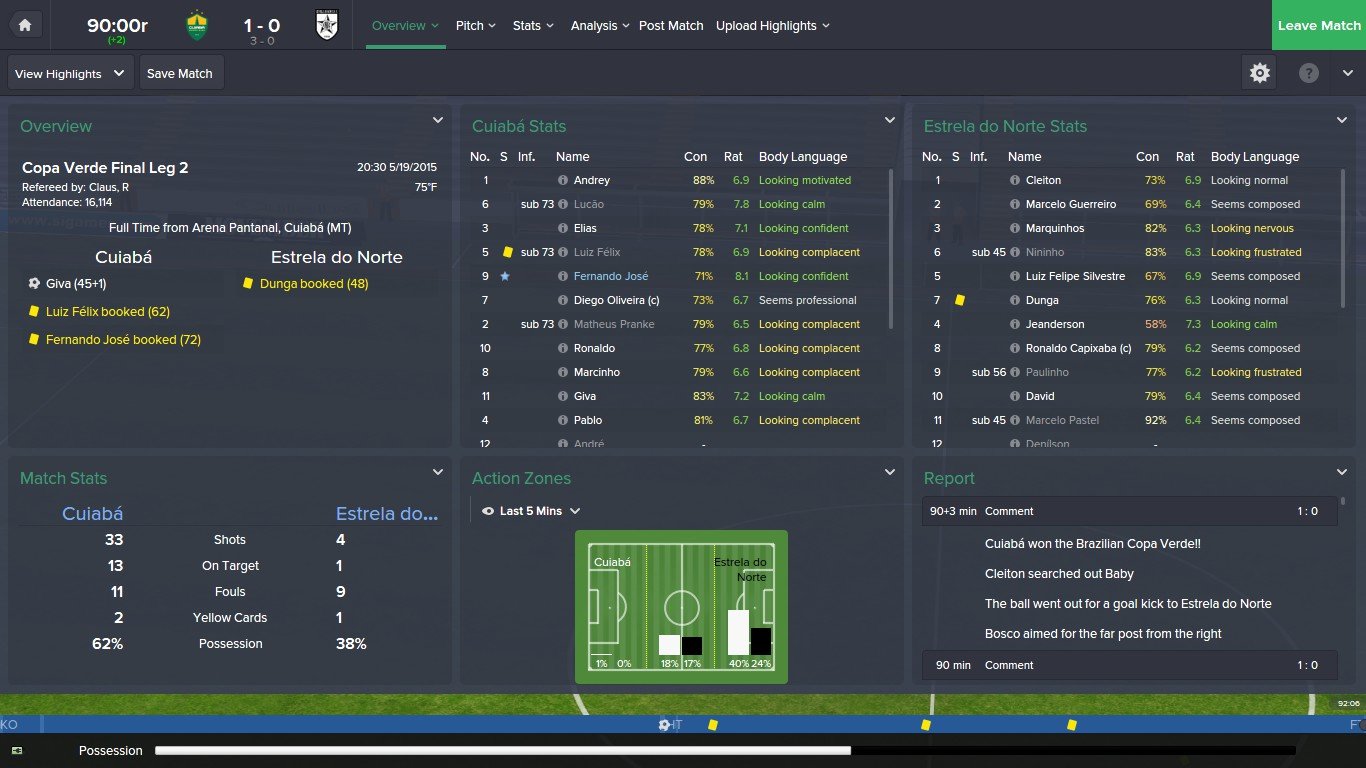 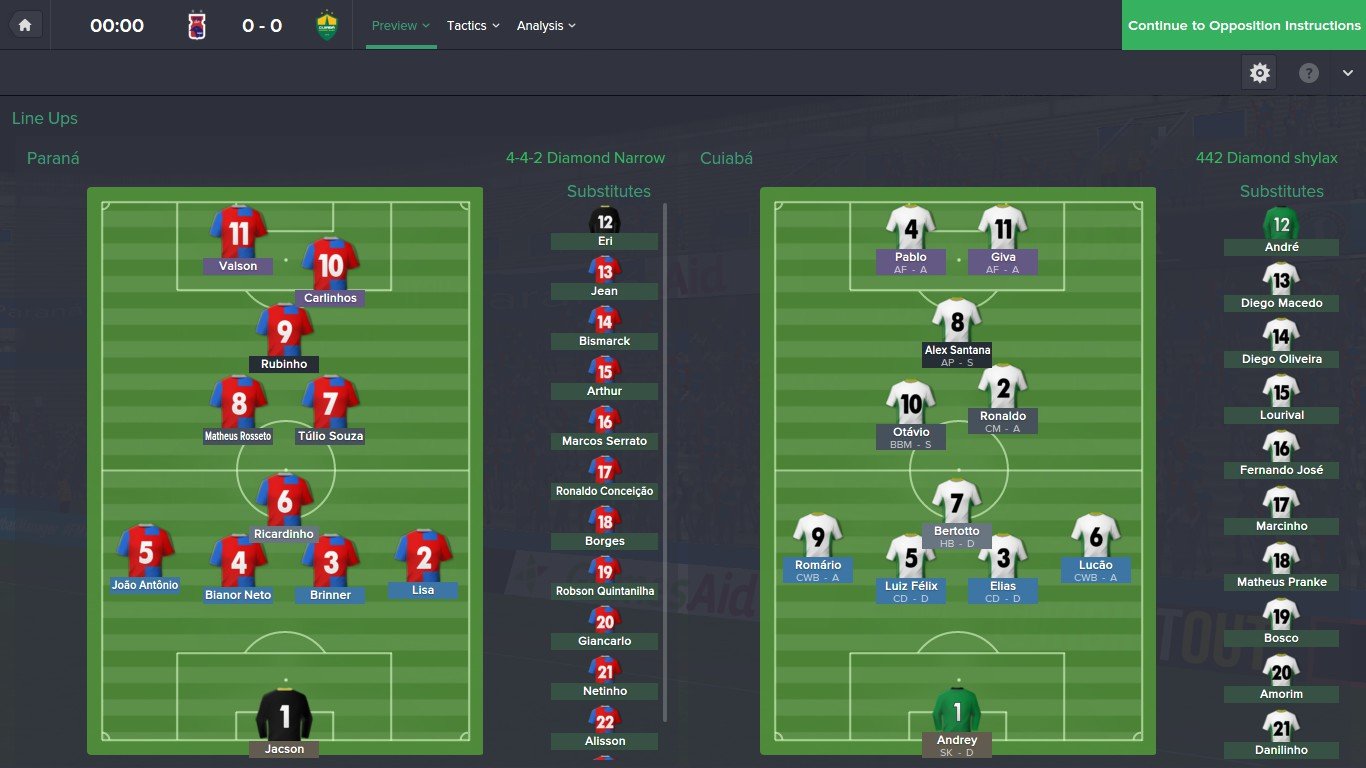 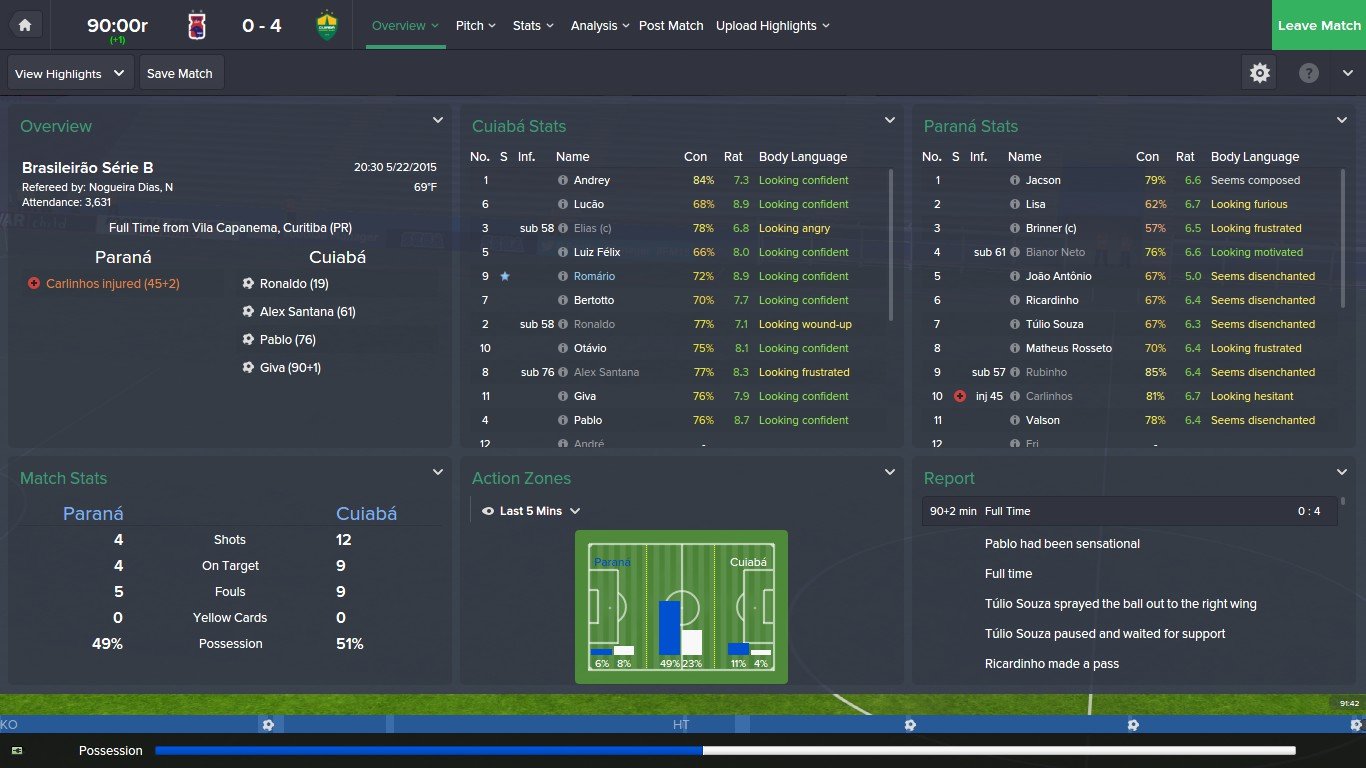 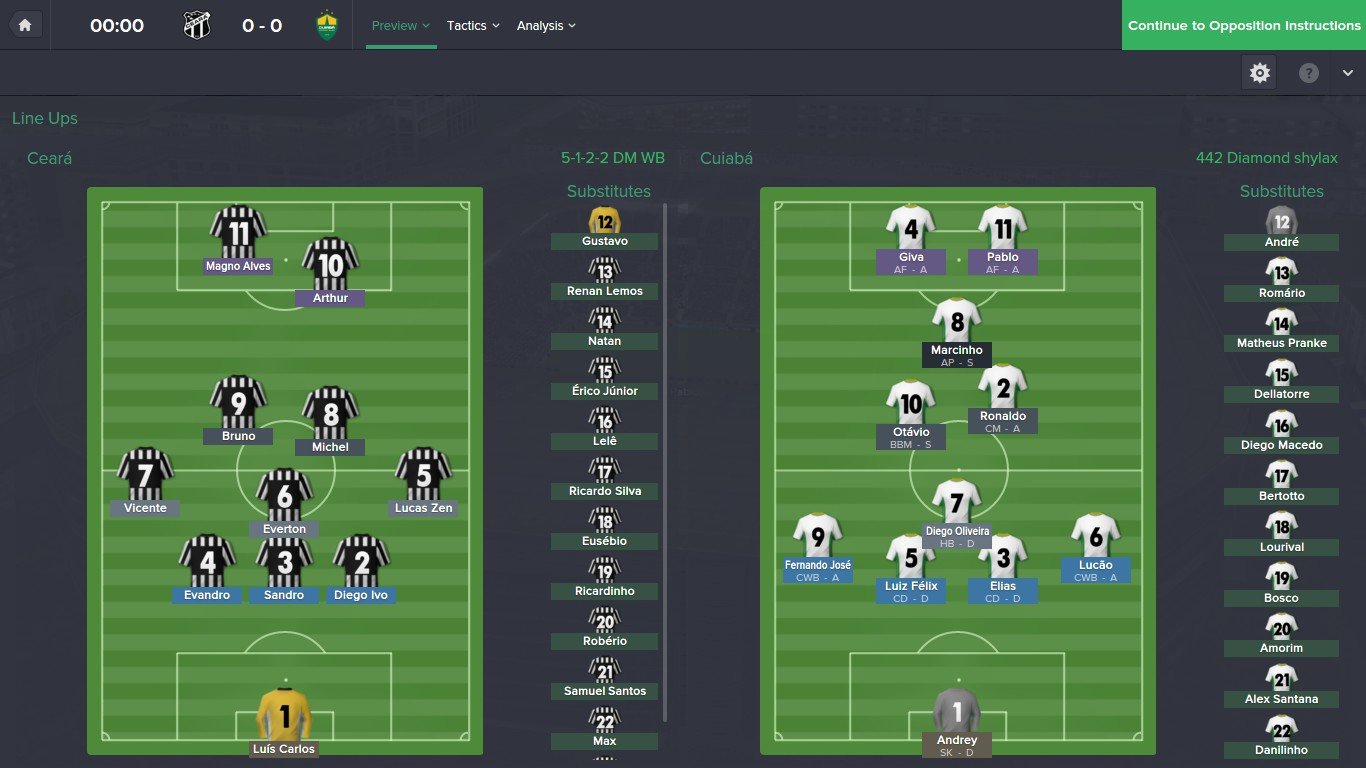 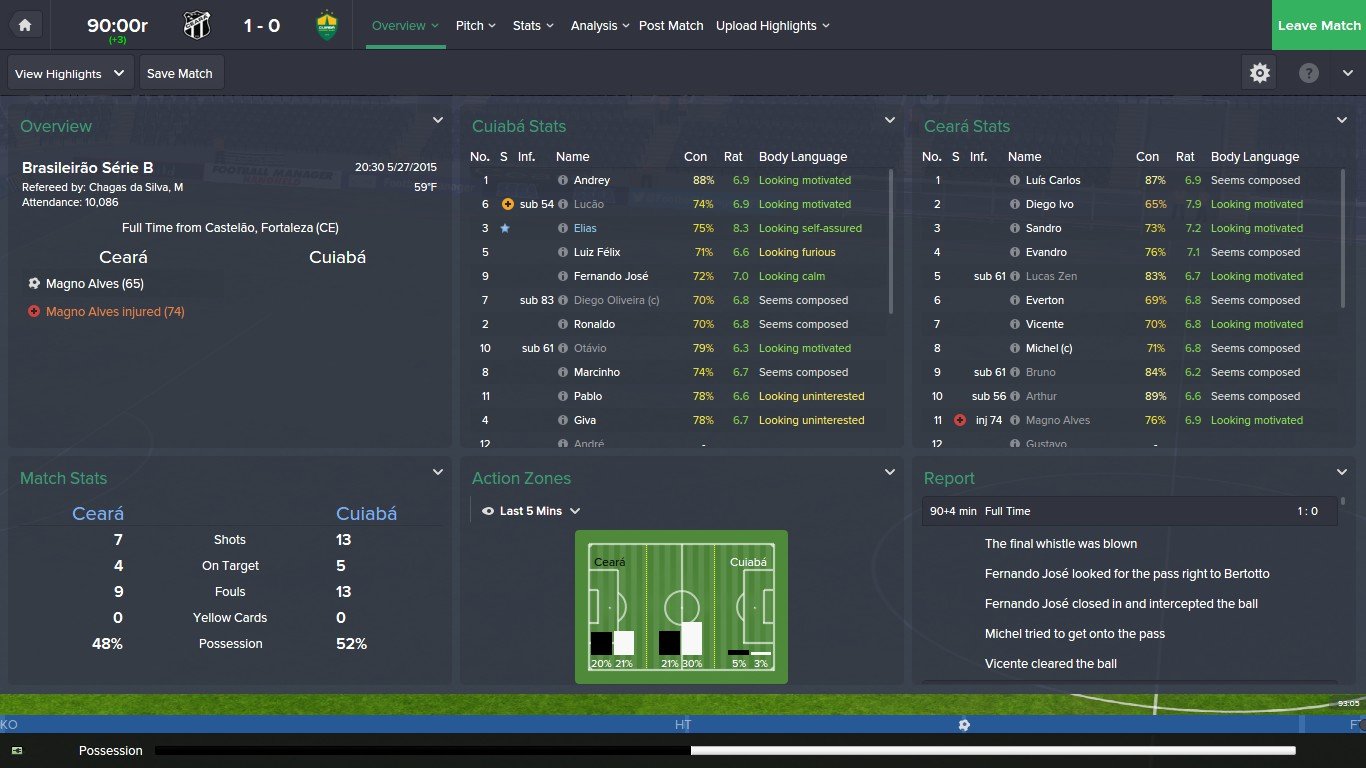 We did better on the stat sheet but ultimately Ceara got the goal and a tough victory for them, and a tough loss for us. 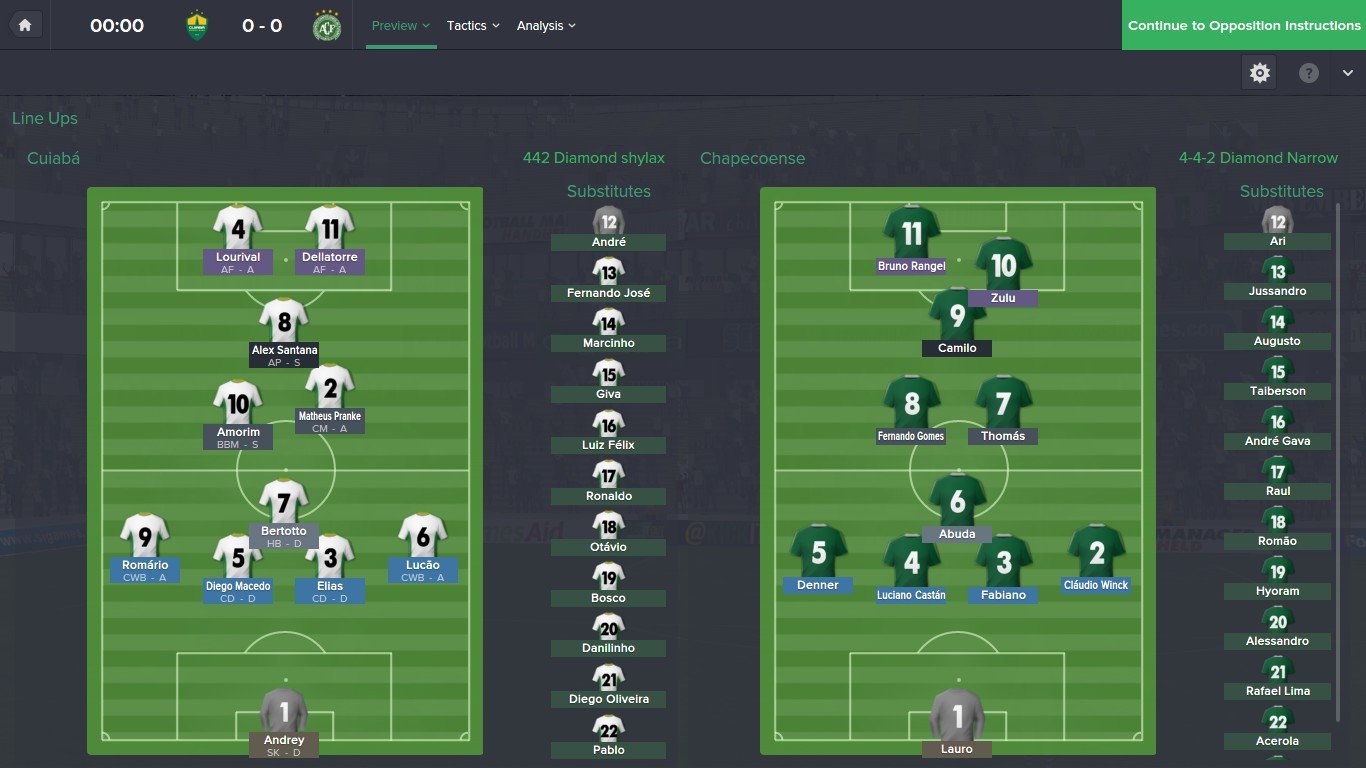 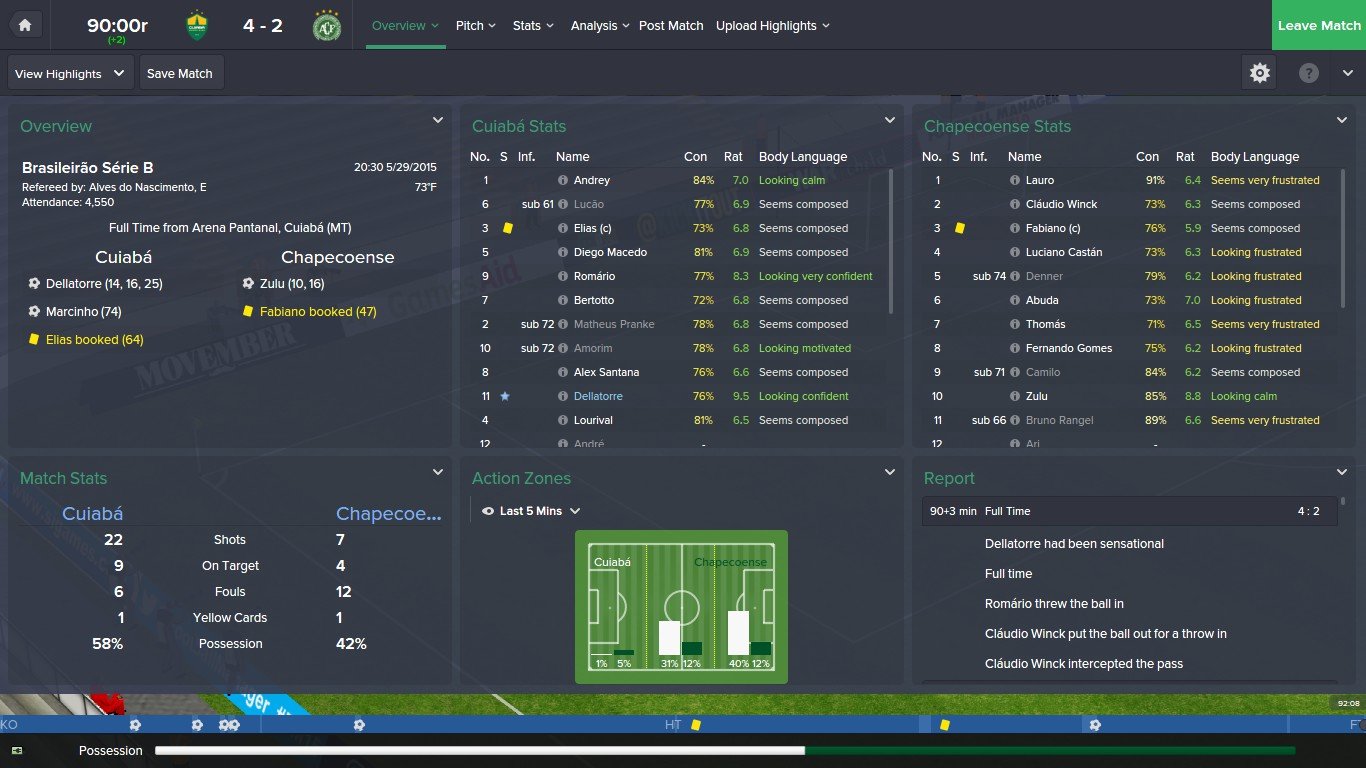 It was a tale of two goalscorers, Zulu scored two for Chapecoense, but Dellatorre had a hat trick for us and we won this game on the back of his contribution. 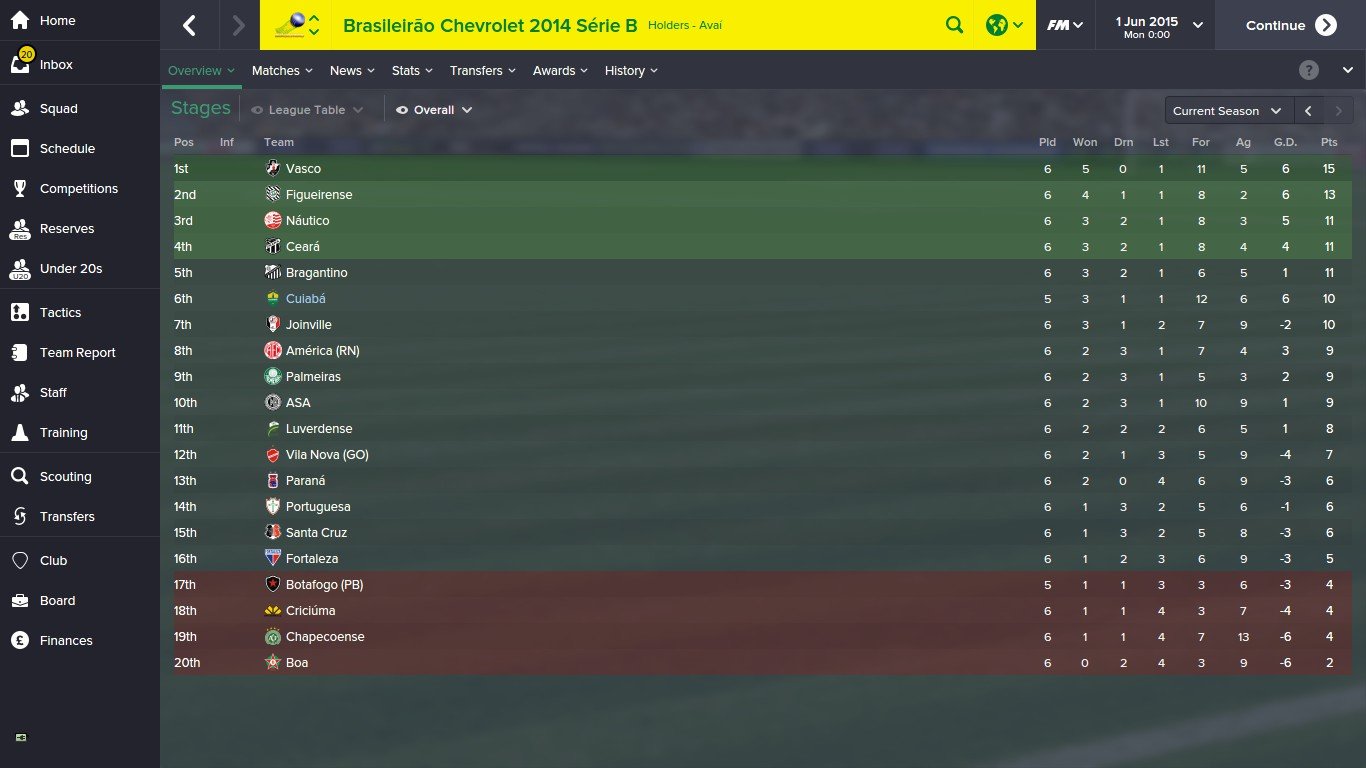 We're not too far off the top of the table and those top 4 places are so important, as each one confers automatic promotion at the end of the season, I want to win back to back promotions.
Login to Quote