It's been a while since I've been on FM Scout, but, having bought Football Manager 2016 a few weeks ago and starting to enjoy playing it again, I thought I'd have another go at writing a Manager Story. I knew I've attempted it a couple of time and never managed to get past the first few months but I am confident that this time, doing it with my favorite team (Celta Vigo), I'll manage to actually get going!

In terms of managers, I've decided to play as one of my favorite players and former Celta midfielder, Claude Makélélé. Makélélé played for the team for two years in the late 90s and it was where he established himself as one of the best defensive players in Europe. He went on to play for Real Madrid, Chelsea and PSG. Since his retirement in 2011, Makélélé has dabbled in management, working as an assistant at PSG, as well as briefly managing SC Bastia from May 2014 to November of the same year. Now however, I'll be playing as him in an attempt to bring Celta Vigo into the upper echelons of Spanish and European football 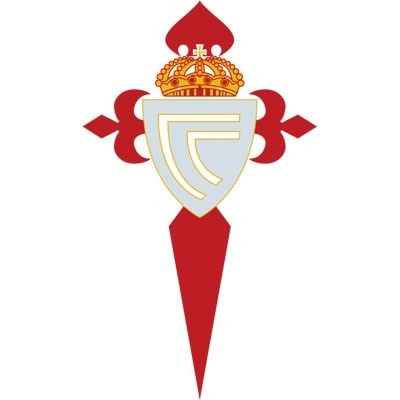 - It is understood that the Argentine refused to sign a new contract to keep him at the club.

- Claude Makélélé is reported to be a favorite for the vacant position.

The former O'Higgins coach was appointed in May 2014, and led Celta to an 8th placed finish last season.

Galician club Real Club Celta de Vigo have parted ways with Eduardo Berizzo, following the latter's "lack of trust in the squad's abilities", according to club president Carlos Mouriño. Supposedly, the former Celta defender's new contract included wage drops should the team not qualify for European competition in the coming season, something which the club view as the next stage in it's development. Therefore, the club will aim to bring in an ambitious manager, who they believe can guide Los Celestes to continental football.

Among the candidates are former player Claude Makélélé, who is reportedly eager for work following his sacking from French side SC Bastia the previous year. Other parties include Marcelo Bielsa, a compatriot of Berizzo who is out of work following a stint at Marseille earlier in 2015, and current Valencia coach Nuno Espiritu Santo.
Login to Quote

- Celta president "thrilled" to be reunited with former player.

http://medias.sport.fr/ligue-1-le-sc-bastia-lache-makelele-363202.jpg
Makélélé previously managed at SC Bastia, but was fired after only six months in charge.

News out of the north of Spain shows that Celta Vigo have wasted no time in choosing a new manager for the start of the 2015/16 season. Former Real Madrid and Chelsea defensive midfielder Claude Makélélé rejoins the club where he made his name, with many fans reportedly very pleased to see the man who contributed to one of the most successful periods in the club's history back in another role, and they don't seem to be the only ones.

"We are delighted to be able to welcome Claude back into the Celta Vigo family." gushed Carlos Mouriño, the Galician club's president since 2006. "In him we know we have found a manager who can take the club forwards and challenge for trophies and continental competition. I have absolute confidence in both Claude and our squad to win games and give our fans something to cheer for." 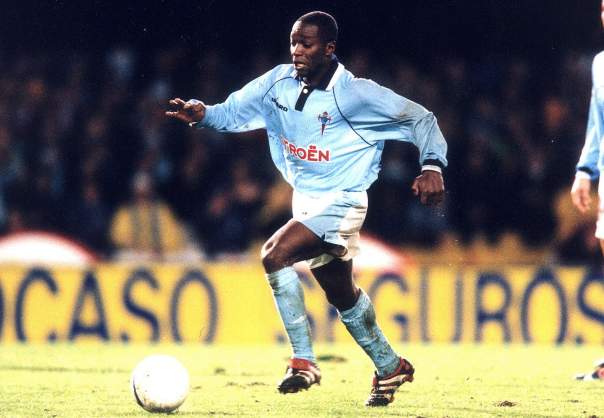 Makélélé played for Los Celestes from 1998 till 2000, being sold to Real Madrid for €14 million after two successful seasons.

Makélélé felt similarly about his new job. "I cannot wait to begin my managerial career in Spain here. I have always loved the football in this country, and feel very honored to have spent time in this league during my playing days, I only hope that my time here as manager can be just as fruitful".
Login to Quote

Manchester United have snapped up Celta forward Nolito, who has spent two years with the club, signing from Portuguese giants Benfica in 2013. The former Barcelona man has had no shortage of teams looking to acquire his services, with Chelsea and Roma also making bids. Despite Claude Makélélé's attempts to convince the player to stay, Nolito was adamant that he wanted to leave the club in order to fulfill his ambitions of playing in the Champions League. "We wish him the best of luck. It is sad to see such a talented player leaving out club, especially when I was counting on his performances in the coming months," revealed the newly appointed Celta boss. "But I understand where he is coming from. Manchester United are a huge club and I have no doubt that Nolito will put in some fantastic performances for Louis van Gaal."

In other transfers news for Celta, Fabian Orellana has agreed a new deal with the club, following a bid made from French team AS Monaco, and talented academy graduate Yelko Pino has moved on loan to Lugo, in a bid to find more first team football. "I'm very pleased for him. For a young lad of his talents the best thing is to be playing regular footbal,l" Makélélé said of the deal. Several of Europe's top teams, including Bayern Munich, PSG, Arsenal and Inter Milan have all had bids rejected for the 18 year old midfielder, who preferred to sign a new contract with his hometown club. "We're lucky to have him stay. He has an incredibly professional attitude, and known that he still has a lot to learn. We're glad he's chosen to continue his development with us."

http://www.flicwiltshire.com/wp-content/uploads/V19L3314.jpg
Yelko Pino has been attracting to interests of some of the richest teams in the world.
Login to Quote

You are reading "Celta Vigo - The Return of Makélélé".