Griffo
6 years
The race to the title is really tight, best of luck!
Login to Quote

C.J.Lippo
6 years
All to play for in the last 5 games mate, looks like it'll go right down to the wire. Good luck!
Login to Quote

Justice
6 years
Brilliant results in the cup!
Login to Quote 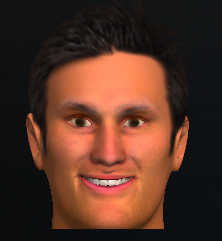 mgriffin2012
6 years
Some great results in there mate and you're on your way to success yet again!
Login to Quote

ScottT
6 years
Good luck in the final!
Login to Quote