Tallery
6 years
Am I right in saying the winner qualifies for the French Cup?
Login to Quote

Tallery They should. I am using a lower level french database from FMEurope that should allow this to happen. if not then that would suck
Login to Quote

Griffo
6 years
Good from you MJK!
1
Login to Quote

2016 fixtures and other announcements


The club is proud to announce that the 2016 list of fixtures has been released. This will be a big year as this is the first time in a few years that the club will be defending the title. With that we will also be joining up the OFC Champions League in the group stage. The group stage will go from 9-15 April. We would know where we stand later this month after the Preliminary stage is finished. In league play the season kick off against SC Ne Drehu on 19 March and concludes on 26 November against AS Margenta. Tickets start at €13.

In other club news Kévin Gauthier has signed a one year contract extension that keeps him here until December of 2017. Despite the fact he has only been here since July his leadership and getting the club a title is what got him that extension. "I am very happy to extend my contract here and look forward to getting this club to grow even more," said Gauthier.
Login to Quote

ScottT
6 years
Great season! Good luck ahead of this one.
Login to Quote

Jack
6 years
Good luck for the upcoming season and well done on the new deal!
Login to Quote

MJK46
6 years
Everyone Thanks for the comments!!!
Login to Quote

Congrats on the title & on the new contract. I'm sure bigger & better things await both AS Mont-Dore & Kevin 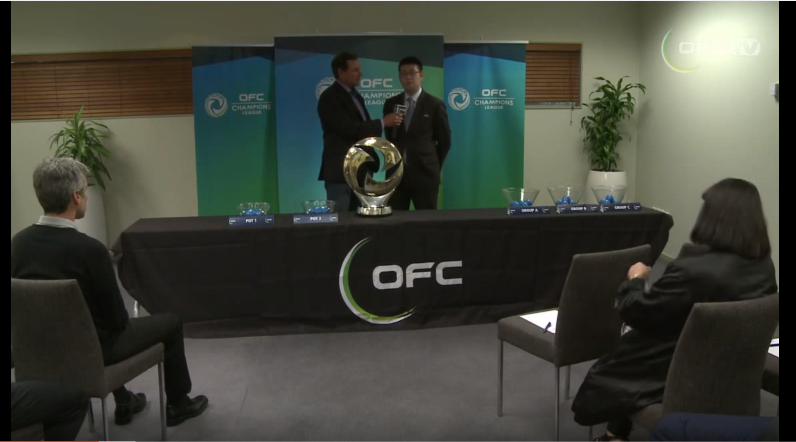 Today marks the 2016 OFC Champions League Group Stage draw from here in Auckland. This will be the 15th edition of the competition. Auckland City are the defending champions after winning their fifth straight title last season. The group stage is set for 9-15 April.

Before we go over the draw lets recap the preliminary round. On 1 January the four clubs of the preliminary round were drawn for their portion of the competition from 26-30 January. The four clubs Tupapa Maraenenga (COK), Lothoha’api (TGA), Lupe (SAM) and Pago Youth (ASA) were the teams chosen for this phase of the competition. Tupapa Maraenenga would be the winners of the phase with a 3-0-0 record. So as I was present at the draw here in Auckland this was very exciting as it was new to me. One of the coolest parts was that I got to meet all the other managers and travel to another city. So as the draw was announced I was hoping and praying we wouldn't get a club from New Zealand. Well sadly we were drawn with Team Wellington. This crushed my dreams of an easy route to the semi finals. Oh well we will have to fight our way to second overall between the three groups. Below is what our schedule will look like.