Griffo
6 years
Interesting to see how certain wonderkids have developed, best of luck in your new role!
1
Login to Quote

C.J.Lippo
6 years
A librarian in charge of the Samba Kings, wonders will never cease.
1
Login to Quote

Live For FM
6 years
Was Germany job available then?????

ScottT
6 years
Looking forward to what magic you can work for Brazil!
1
Login to Quote

Justice
6 years
All, thanks for all the encouraging comments! And yes, the Germany job was available, but I had no interest in taking it at the time.
Login to Quote 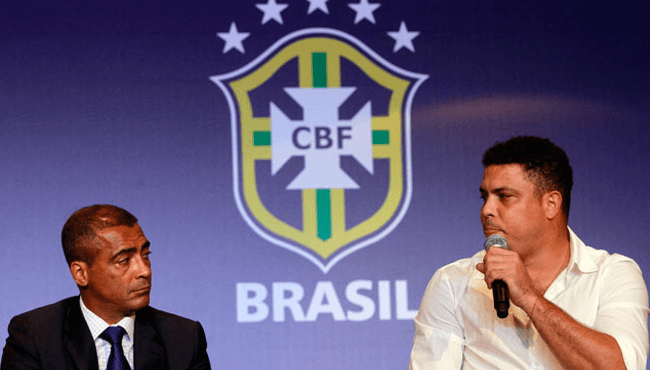 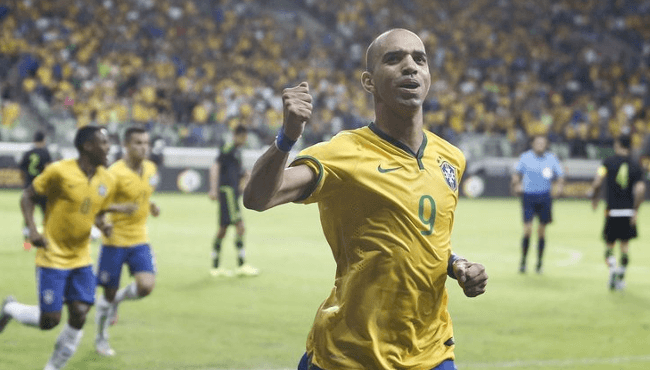 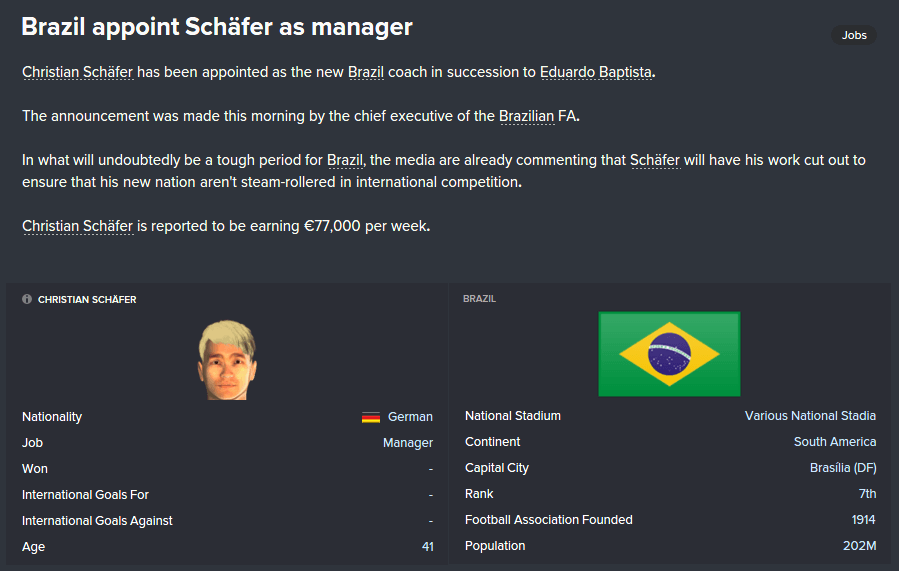 OlleM13
6 years
What?? Amazing bro! Very good details and a good interview. Keep it up!
1
Login to Quote

mgriffin2012
6 years
Great interview mate! Good luck in bringing Brazil back to the levels they used to be at! But not at Englands expense

Justice
6 years
All thanks guys! mgriffin2012, it is my goal to absolutely humiliate England 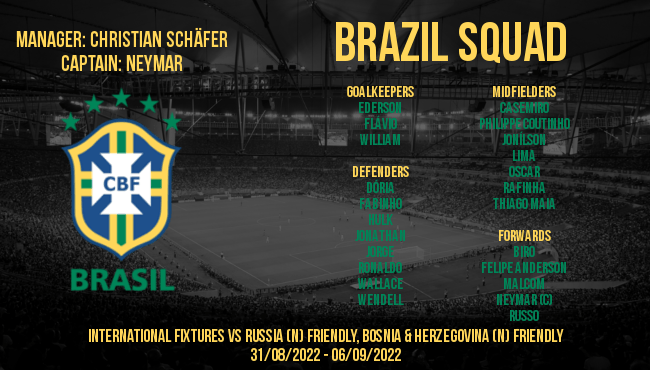 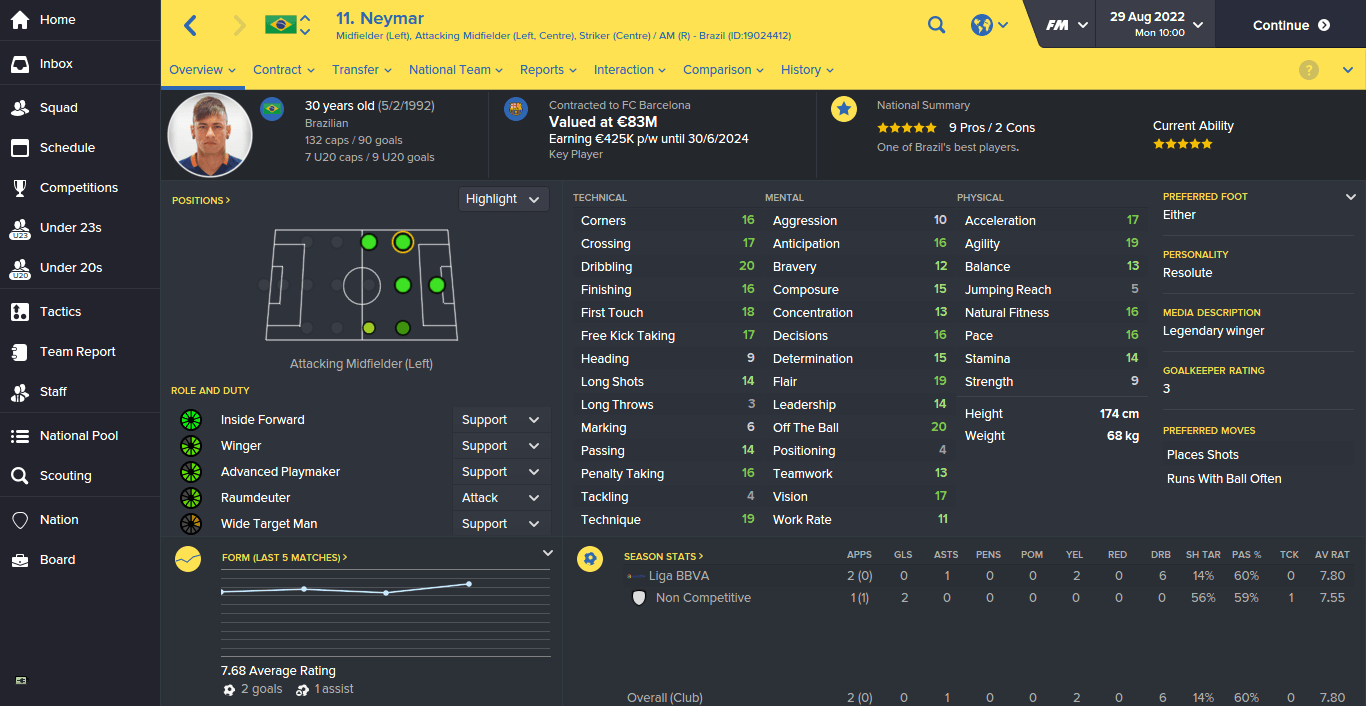 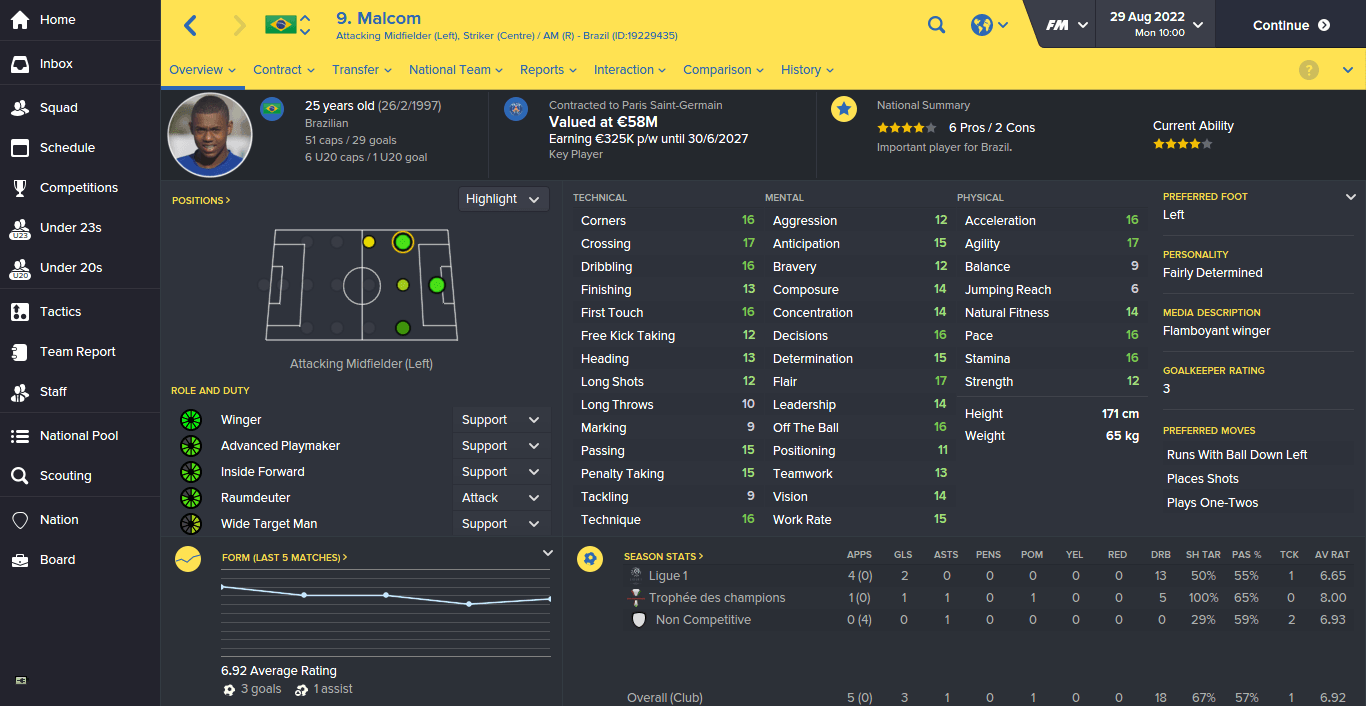 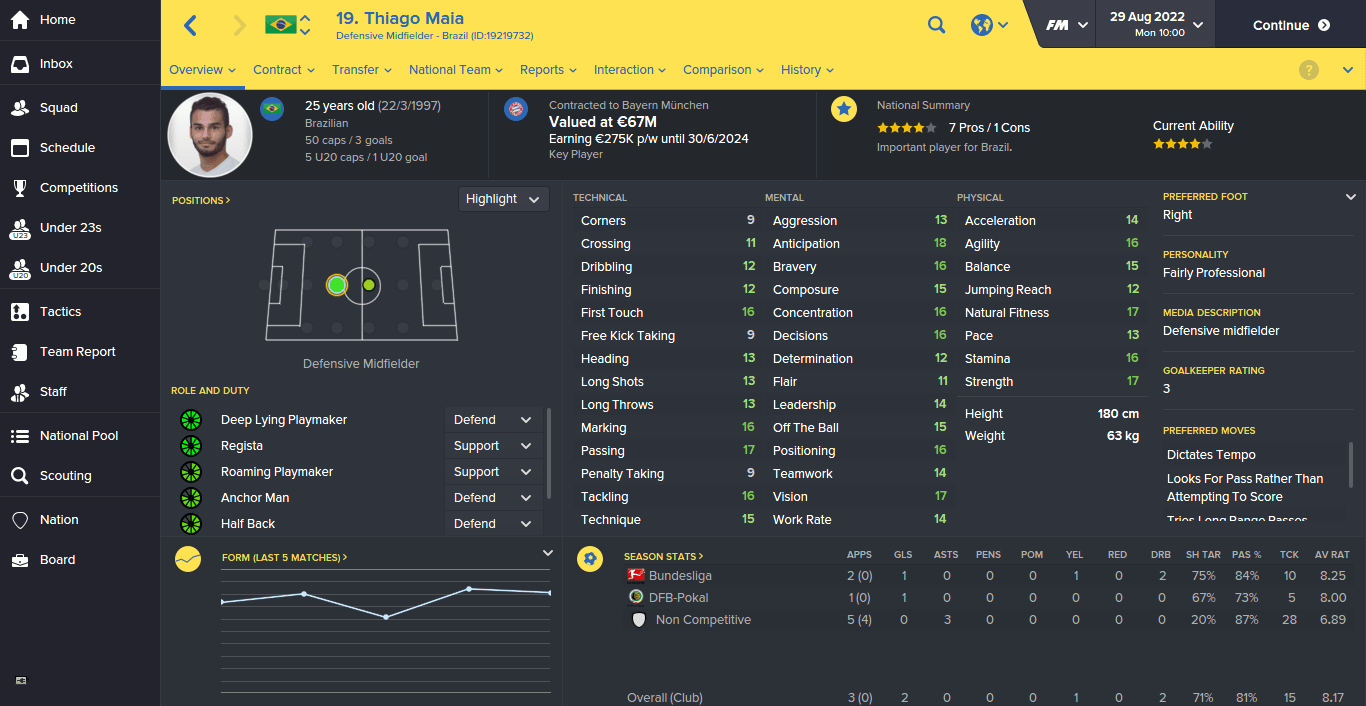