FK Sutjeska is a football club from Nikšić, Montenegro, currently competing in the Telekom 1. CFL. Its colours are blue and white. FK Sutjeska is a part of the Sutjeska sport society based in the same city. The club was established in 1920, but has been known by its current name since 1945.

Sutjeska's youth academy is one of the most famous and recognized in Montenegro along with that of FK Budućnost. The first Sutjeska player to have been selected for the Yugoslav national team was Vojin Lazarević, who would later have a bright career with Red Star Belgrade. Lazarević was capped by the Yugoslav senior side in a friendly match against Romania in 1964 while still playing in Nikšić.


The plan is to be successful within Europe by 2025. It should be easily achievable in hindsight, but things could still go awfully wrong. In game, or specifically this database, Montenegro do not officially become members of the EU until 2020, which could pose some difficulties.

Other plans are to try and challenge for the title in the first season and make Sutjeska win three in a row, as well as attempting to make the club almost like an 'academy' for young Montenegrin talent.


To be added soon.
Login to Quote

Justice
6 years
This will certainly be an interesting challenged and a half, good luck!
Login to Quote 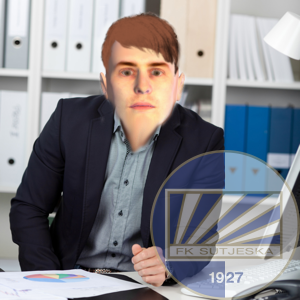 Sutjeska have been without a manager for much of the pre-season, but today they announced the arrival of former Montenegrin professional footballer Igalia Fovikac as their new head coach.

Fovikac played football in the Montenegrin League, or a form of it, until a life changing injury at the age of twenty-three forced him to retire and he swore he would never return to the world of football again. He had incredibly high prospects and could have easily made it in world football like the likes of today.

Twelve years later, at the age of thirty-five, Igalia has sensationally made his return to the world of Montenegrin football at the helm of FK Sutjeska Nikšić who won the title in both the 2013 and 2014 seasons. He has not taken the decision lightly, as he vowed he would never return to the national spotlight, due to his injury leaving him with a severe limp.

The former footballer has signed a one year contract with the club, worth around €400 a week, with a €1,900 bonus if his side win the Montenegrin First League. Sutjeska seem to be looking for a quick answer to their needs rather than a long term placement, but the footballing world will have to wait and see.

Fovikac has two children, aged fifteen and twelve respectively and has been with his now wife since they were sixteen years old. The family have managed to stay relatively out of the spotlight in the national media, other than attendances at local charity galas that his wife, Svali, is involved in.

Since his retirement, Fovikac has been working in an admin role for the Motenegrin Police due to his lack of movement.

The time of his return to football is odd, but fans seem to be optimistic of the season ahead and look forward to seeing what the man can do. We reached out to Igalia for a comment.

Igalia Fovikac: I felt that at thirty-five I needed to re-introduce myself to the footballing world, and that a twelve year exile was long enough. I have, in my own time, been learning more about the modern game and attempting to receive some kind of coaching badge that would allow me to take up this role. I hope I can make up for all these lost years.


[PIC] Fovikac signing a one year contract in his new office.

MJK46
6 years
This is a really cool idea. Good luck and I will be reading man. I hope you can dominate!!!
Login to Quote 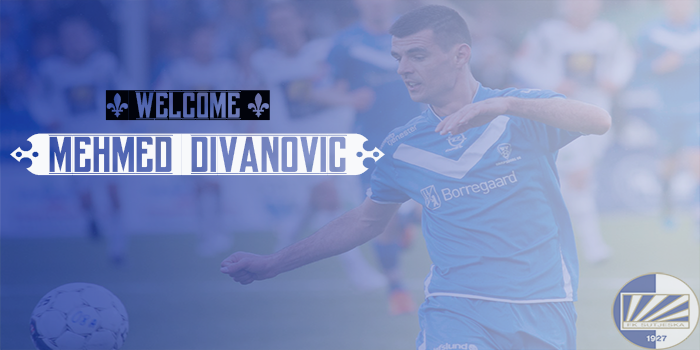 The first new signing for FK Sutjeska Niksic under their new manager has been announced today in the form of thirty-year-old journeyman Mehmed Divanovic.

Divanovic has enjoyed a fourteen season long career to date and looks to extend that by signing a two year contract thought to be worth around €150 a week.

The midfielder has played predominantly in Montenegro throughout his career, with a brief stint in Norway. His career started with Otrant-Olympic in the Second league who he made sixteen appearances for before moving to Lovcen of the same league. The same year as joining Lovcen, he moved to Petrovac in the first division, where he stayed for eight seasons.

In 2010, he joined Norwegian outfit Sarpsborg where he made ten appearances as the club got promoted. He remained at the club for two more seasons before spending the rest of his career languishing around his former clubs in the Montenegrin leagues.

Mehmed has not made any appearances internationally, but is a strong player with various talents. He speaks fluent Albanian, Serbian and Montenegrin, as well as having a grasp of Bosnian and English, which will surely help in the coming campaign if players do join from outside the nation.

He has one winner's medal to his name, winning the Montenegrin Cup with Petrovac in 2009.

Mehmed Divanovic: I have traveled across Montenegro and played for many clubs, but I am yet to play for Sutjeska. I am not here for a quick payday and can see myself even finishing my career here. I have a lot of respect for the manager and will do my best to help him in any endeavors he may pursue.

Second Through The Door 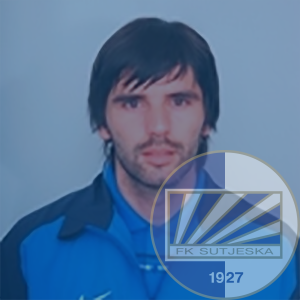 (I apologise for the poor quality of image. This man does not like to be photographed it seems.)

FK Sutjeska Nikšić have confirmed their second signing this season, as Serbian winger Milan Nikolic has joined on a one year contract.

The thirty-two year old journeyman has never been capped internationally but is well traveled and has experience in various leagues such as the Serbian, Chinese, Uzbekistani, Albanian, Khazakstani and Bosnian. Because of this he is able to speak Serbian, Croatian, Bosnian and Slovenian fluently.

Nikolic has the ability to play across the midfield but his preferred position is as a left winger. It is thought that he will be used more as cover for various sections of the midfield, however Sutjeska are in possession of a vast amount of midfield talent and he may struggle to get game time.

Milan, who will be earning €550 a week, is in possession of two winners
medals, the Serbian First League East and the Uzbek Cup in 2009.
Login to Quote

ninjaskill
6 years
Well he doesn't seem to get homesick, hopefully he can shine in Montenegro
Login to Quote 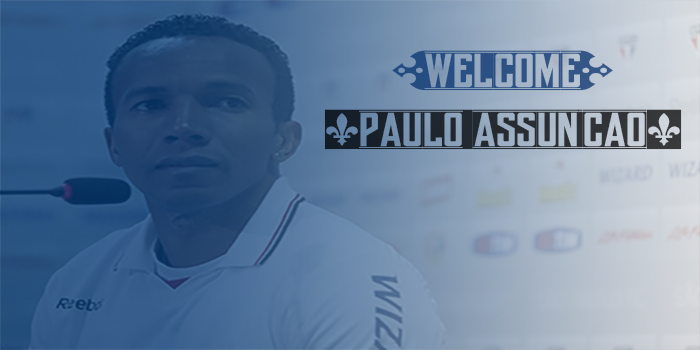 FK Sutjeska Nikšić can today announce with happiness the signing of Paulo Assunção on a one year contract with a year added if he makes over fifteen appearances.

The Brazilian, who is now thirty-five, has been playing professional football for twenty years and is well traveled across both Europe and South America.

Assunção has played for the likes of Palmeiras, FC Porto, Sao Paulo, AEK and Atletico Madrid in his illustrious career that has seen him make over 335 appearances in football.

Paulo Assunção joins on a free and will earn around €450 a week and joins the two other new signings in becoming the oldest three members of the squad, with the oldest before them being twenty-seven.