MJK46
6 years
Congrats on the contract and oh my dude you are so close to the title!! Keep it up!!!
Login to Quote

BeanyUnited
6 years
Could that league be any tighter! Congrats on the contract as well


FC Sutjeska Nikšić have finished their 2015/16 campaign, qualifying for Europa League football. The side have played well, but a poor run of form towards the end of the season caused the side to drop slightly down the table and away from winning the league. 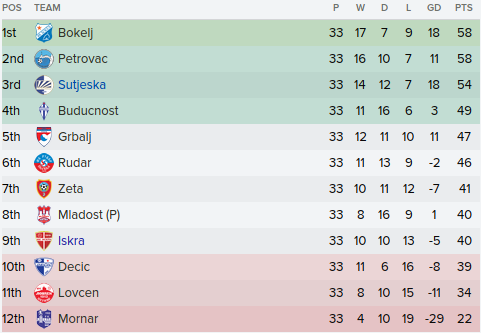 The League finished just as close as it was at the winter break, with the first and second places contested just on goal difference. Sutjeska finished four points behind the leaders of the pack and will be disappointed that their form at the end of the season let them down in terms of winning the league.

Mornar unfortunately were not good enough and will drop down into the Second Division, while Decic and Lovcen will play play-off games with the teams in second and third in the Second division to try and secure their First Division future. 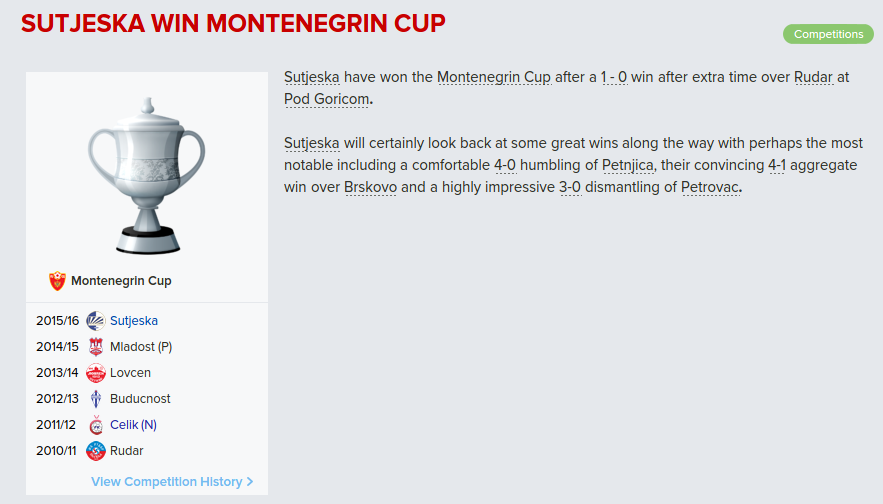 Sutjeska managed to see off all of their opposition to win comfortably in the Montenegrin Cup final, with manager Igalia Fovikac winning his first piece of silverware at the club. The winning goal came from Bogdan Milic who scored from close range in extra time.

The U19 squad also won the cup in their respective league after being taken over by the first team manager. 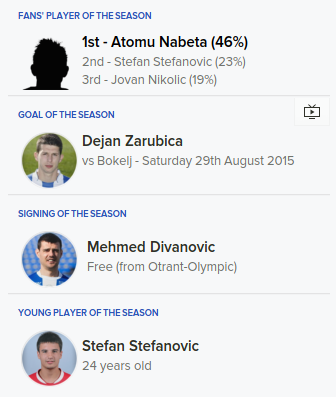 League top scorer Atomu Nabeta was voted by fans as being the best player on the team, gaining 46% of the vote. Winger Dejan Zarubica was gifted the best goal of the season for a goal scored early into the campaign, a lovely curling shot from around thirty yards away. Mehmed Divanovic was voted by fans as being the best signing of the season, while twenty-four year old Stefan Stefanovic was voted the best young player, which was well deserved as the box-to-box midfielder was an incredible asset to the team. 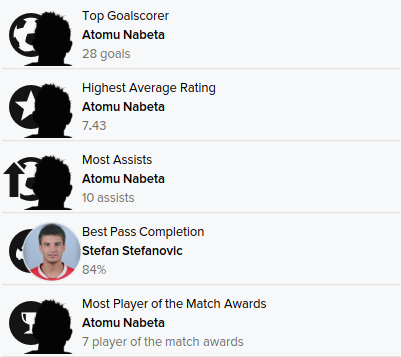 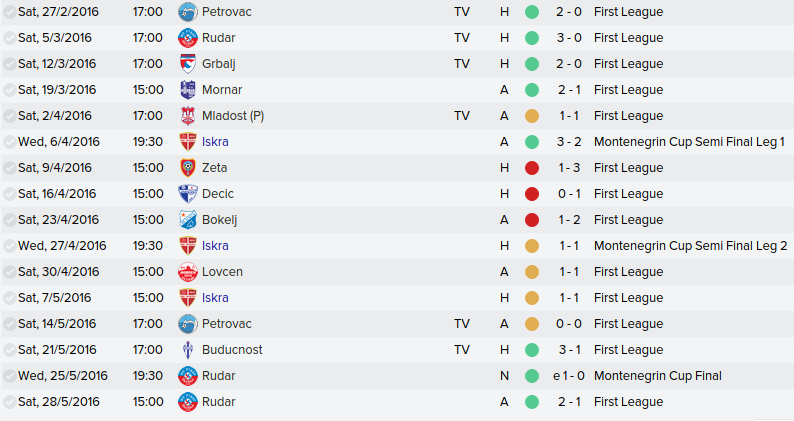 ninjaskill
6 years
Bad luck in the league still not much improvement needed for next year. Nice job winning the cup as well silverware is always nice
Login to Quote