Hopefully we've turned our pre-season form around! Haha i'm glad they're simple in visual presence cos they weren't simple to make

And next time, beat Ludogorets, please.

I'll try my best, sorry to disappoint this time around

haha he's not being too great so far I won't lie

Fans Prediction: ”We’ve got the reputation as the most hated club in Germany, but to be honest we don’t care. We earnt our way here and had a good season last year and have purchased well over the course of this summer. It means we’re quietly optimistic going into this Bundesliga season and whilst Augsburg are a good side I do feel we have a better squad and I think we can win this game.”

Fans Prediction: ”It’s fair to say we didn’t have the best pre-season campaign of the 18 teams in the Bundesliga but at times Schuster’s side played some good football and the performance against 1860 Munchen last week suggests we’re moving forward. The real test will be how we do in the Bundesliga though and with RB Leipzig having the options they do, this won’t be an easy game but our experience in the top flight should help us so I see this being a draw.”

Atoobie
3 years
Just had a quick catchup, been fairly busy the last few days, omg this story is beautiful. Everything looks so good, great work. Fantastic read.
1
Login to Quote

I might have to come backk ha
Login to Quote

JohnWarrington
3 years
Superb work with this! Good luck vs Leipzig
Login to Quote

Haha thanks man, glad you're enjoying it as much as you seem to be!

Just do it mate

you know you want to

Yeah would go down well, they've got a strong squad though and I can't say i'm overly happy with mine

Cheers man! We'll give it our best shot!

In the big kick off for the Bundesliga season, it was Augsburg who got their season off to the perfect start at the Red Bull Arena as a brilliant counter attacking display saw Dirk Schuster’s side run out 3-0 winners thanks to goals from Raul Bobadilla, Ji Dong-Won and Caiuby. 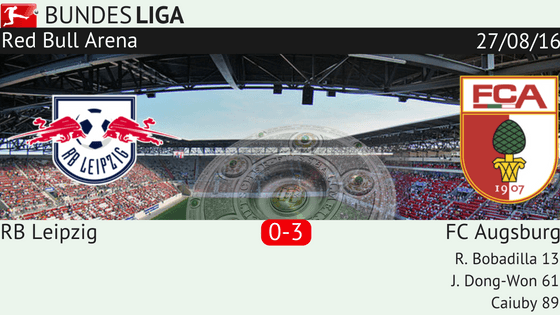 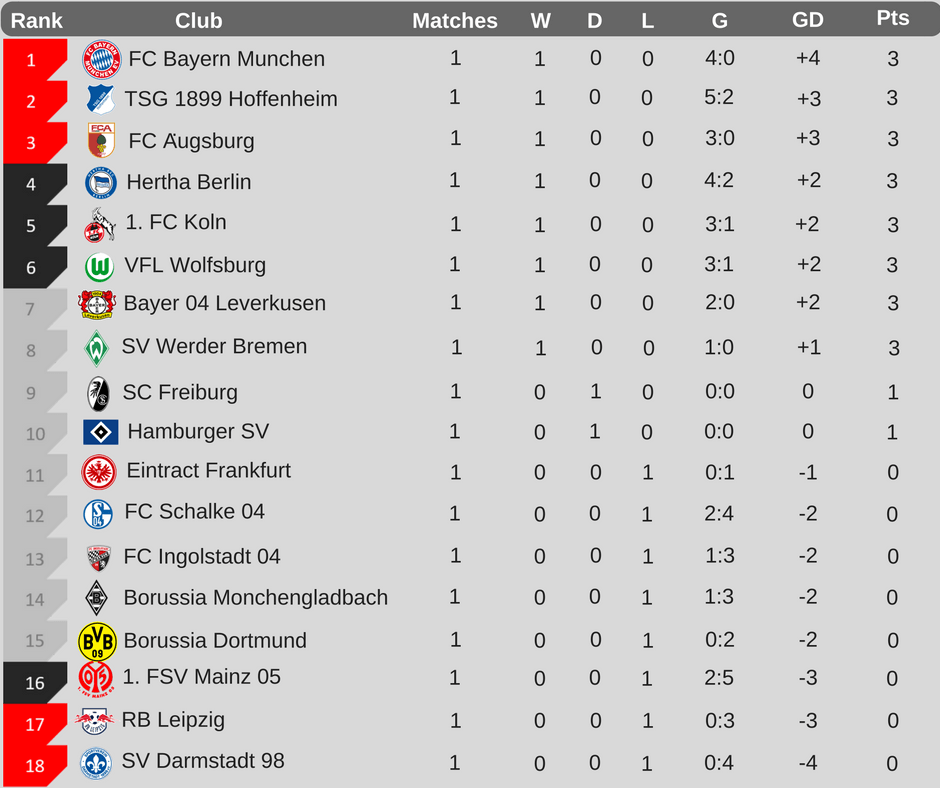 The Brazilian winger who was on the fringes of the starting XI at the beginning of Dirk Schuster’s reign has worked his way into the team over the course of August, with two top performances. A Man of the Match performance against RB Leipzig in the Bundesliga, in which he netted the final goal of the game and two assists in his two appearances mean that the Player of the Month award is more than deserved.

Competitive football returns to the WWK Arena in September as Dirk Schuster’s side prepare for a month that will see them play 4 more games. Up first for Augsburg, is a huge test as reigning Champions Bayern Munchen visit the WWK Arena in Dirk Schuster’s first competitive home game in charge of Augsburg. Following on from the visit of Bayern are three games Augsburg will hope to take a reasonable amount of points from as Die Fuggerstadter visit Mainz on Matchday 3, before welcoming Werder Bremen to the WWK Arena the following Wednesday. Rounding off the month is a difficult trip to the Olympiastadion in Berlin to meet Hertha.

A great start to the competitive season. We really upped our game against 1860 Munchen in the DFB Pokal game and to be through to the next round is really pleasing, especially as it gives us a chance to meet Darmstadt. To go and beat Leipzig the way we did in the opening game of the Bundesliga campaign was extremely pleasing too because at times we were under pressure but we coped with it well and took all three points, scoring three goals in the process which was great. It gives us a great platform to build on going into September, although, as you would expect, Bayern at the WWK Arena will be one hell of a difficult test.

Hellsdoom
3 years
Great result in Leipzig, hope you will be able to build on it next month.
Login to Quote

WWred
3 years
Good start there mate, hopefully you can rude the wave of momentum into the clash with Bayern Munich! Good luck!
Login to Quote

Yeah it was a good performance, picked them off on the break which was exactly what I was hoping for!

Yeah excellent start! Hopefully although it's going to be the complete opposite of easy! Thanks mate

SCHUSTER: “WE DIDN’T EMBARRASS OURSELVES” 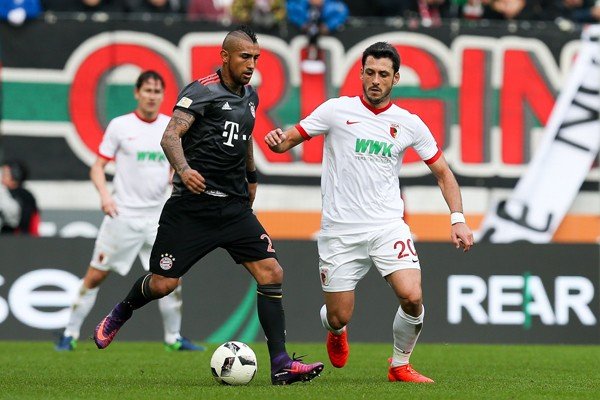 On Matchday 2 of the Bundesliga season, FC Augsburg slipped to their first defeat of the league season and their first competitive defeat under new manager Dirk Schuster. With both sides coming into the tie on the back of victories on the opening day of the season, against Mainz and RB Leipzig respectively, the stakes were high as Bayern maintained their winning start to the Bundesliga campaign.

Goals from Robert Lewandowski and Franck Ribery were enough to hand the reigning Champions the three points and for Dirk Schuster, coming up against Bayern for the first time as FCA manager, there is no side set to challenge Carlo Ancelotti’s side for a fifth successive Bundesliga title this year. ”They are by far the best team in this division. There are some very competitive sides in this league, like your Dortmund’s and your Leverkusen’s, but they don’t have world class players in every position and for one of them to challenge Bayern for the title this year is going to be extremely hard and unlikely.”

In a tight first half, Augsburg managed to hold Bayern for 41 minutes before Robert Lewandowski was given a clear effort on goal and the Polish forward made no mistakes in slotting the ball past Marwin Hitz in the home sides goal. ”It was a very good finish and we just let our concentration slip for that one second and they punished us and that is something you just cannot do against this level of opposition.” The prolific forward turned provider for Bayern’s second as he was allowed to reach the by-line before dinking the ball to Frenchman Ribery who volleyed home to secure the 2-0 win.

Schuster, though was positive about his side’s performance and claimed that he saw plenty of positives. ”I thought we defended very well against a brilliant side and made them have to think hard about how to break us down. We looked deadly on the few chances we got to break at them, and if we can find the right balance between those two levels of performance against the other teams in this league we can have a good season. We didn’t embarrass ourselves and we gave ourselves a fighting chance and at this stage in our development against this quality of opposition that is all we can ask for.”