Christyboy99
3 years • Edited
so first up the league table.
i guess i kinda spoiled it but it was a really narrow win in a league with only one promotion spot.
the whole league was decided on the last day where both my promtional rivals (Leighton) and i lost wich coulnd have gone better but i´ll take what i can get 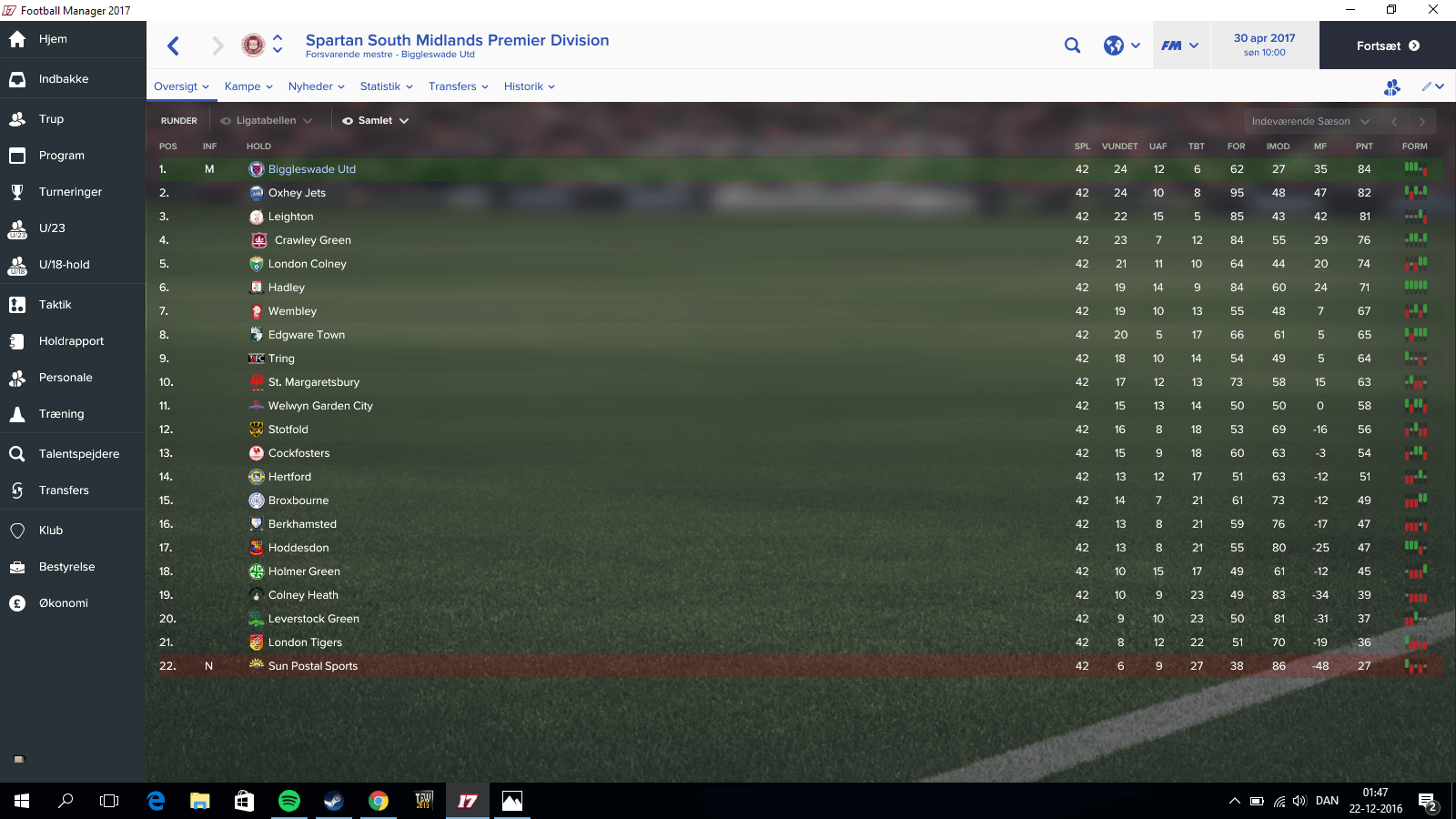 as you can see aswell Leighton went down to third with Oxhey Jets ending up two points behind me in second never have i ever been more happy in FM.
so here are the league results with the most prommising being our 2-1 win over Leighton early in the league wich was also our first league win so that´s pretty neat.
the most dispointing result came at the end of the seson where we were defeated by 17th placed Hoddesdon 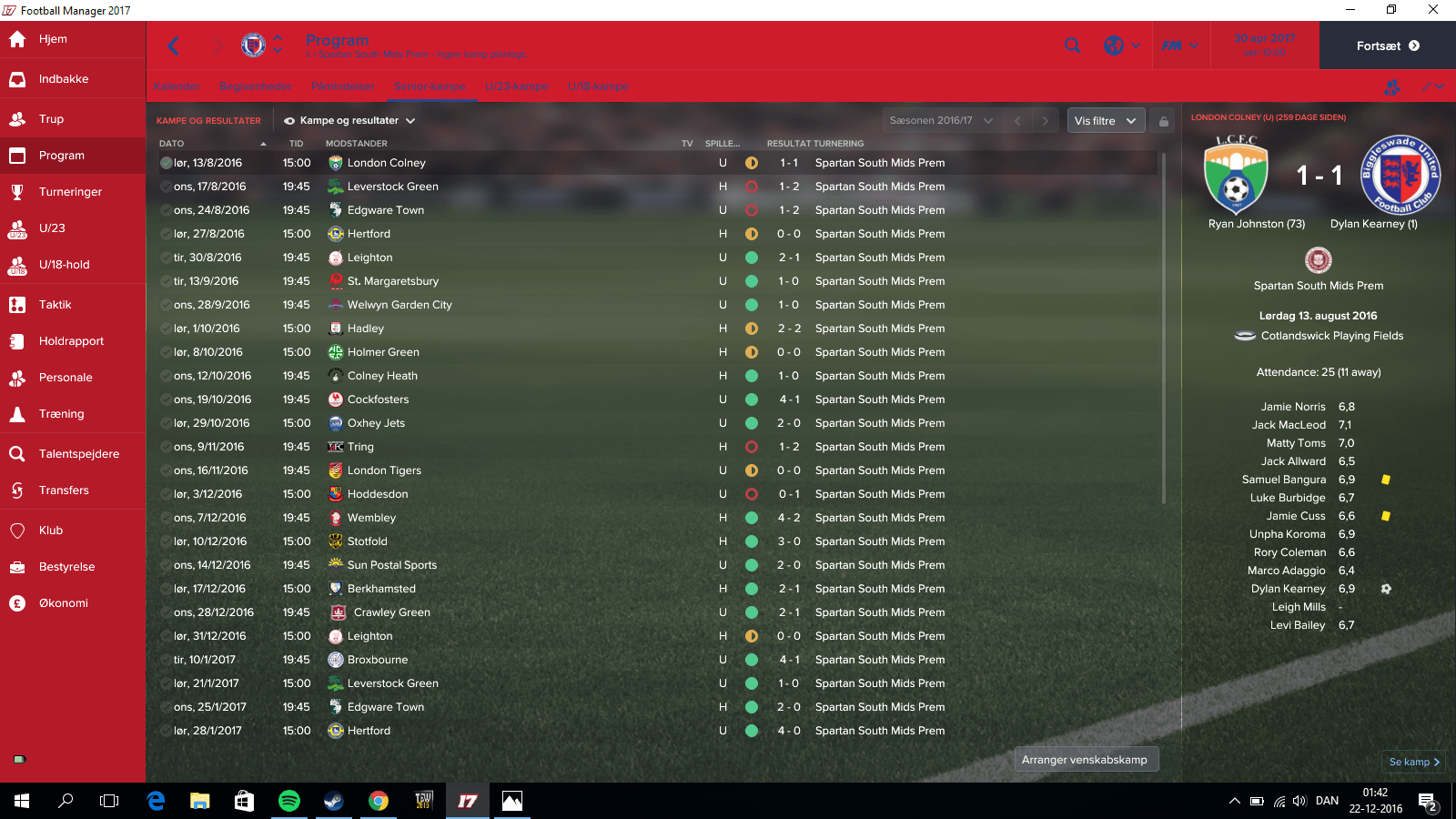 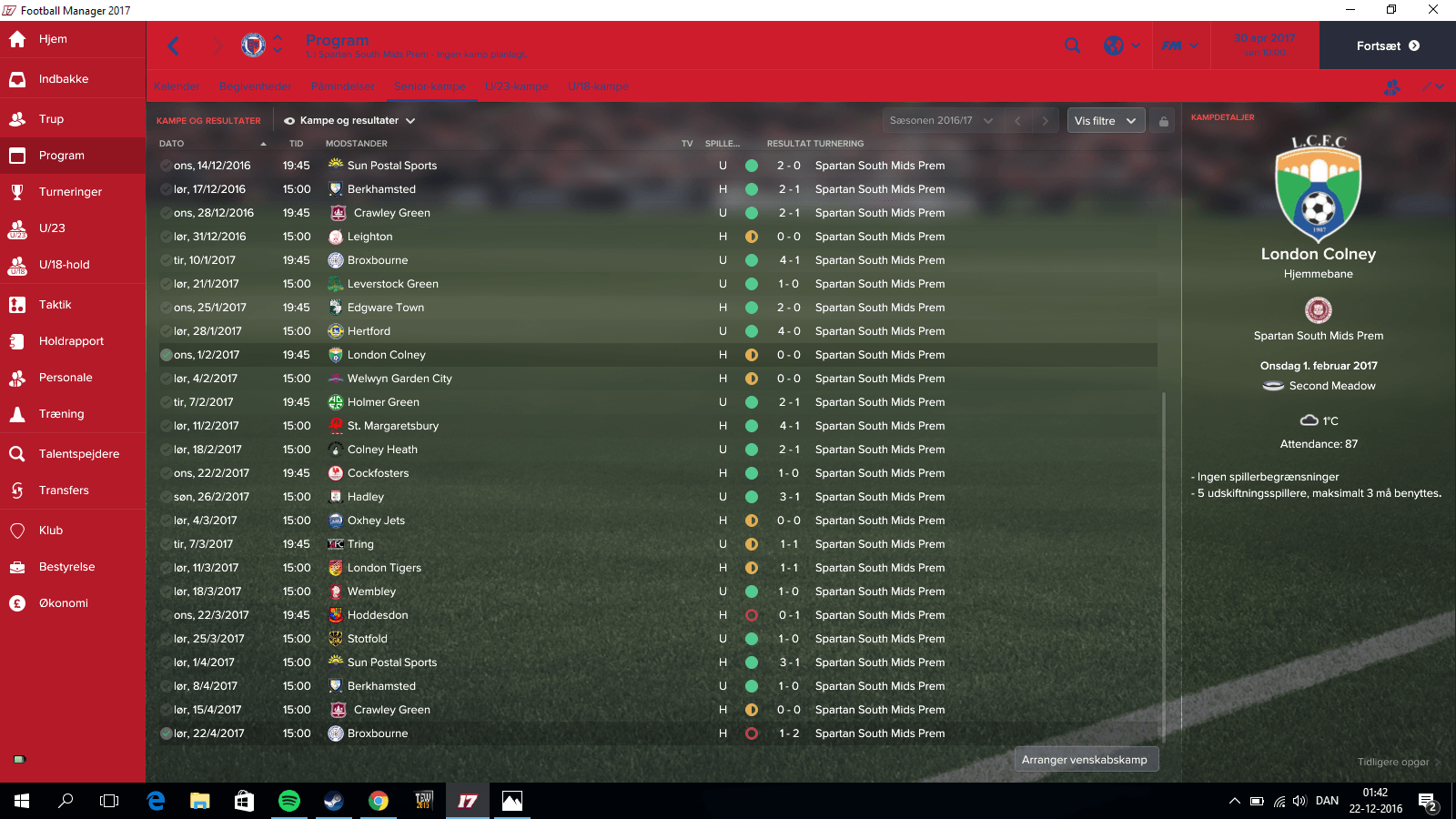 Christyboy99
3 years
so let´s look in to the cup games wich was a mixed bunch.
first up was the FA Cup wich saw us have an amazing run all the way to the 2nd qualifying round where Salford knocked us out even though we dominated both games just look under. 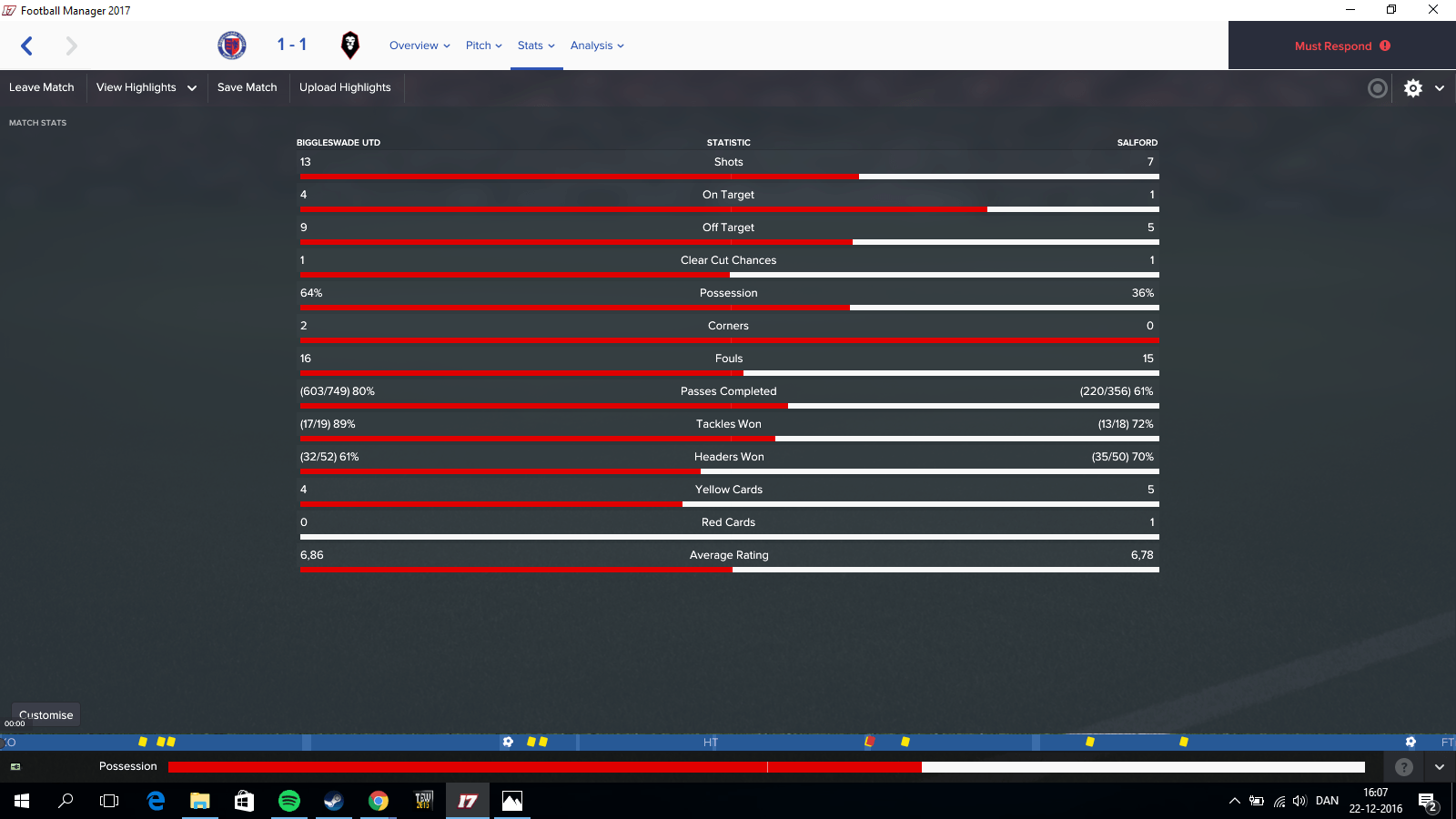 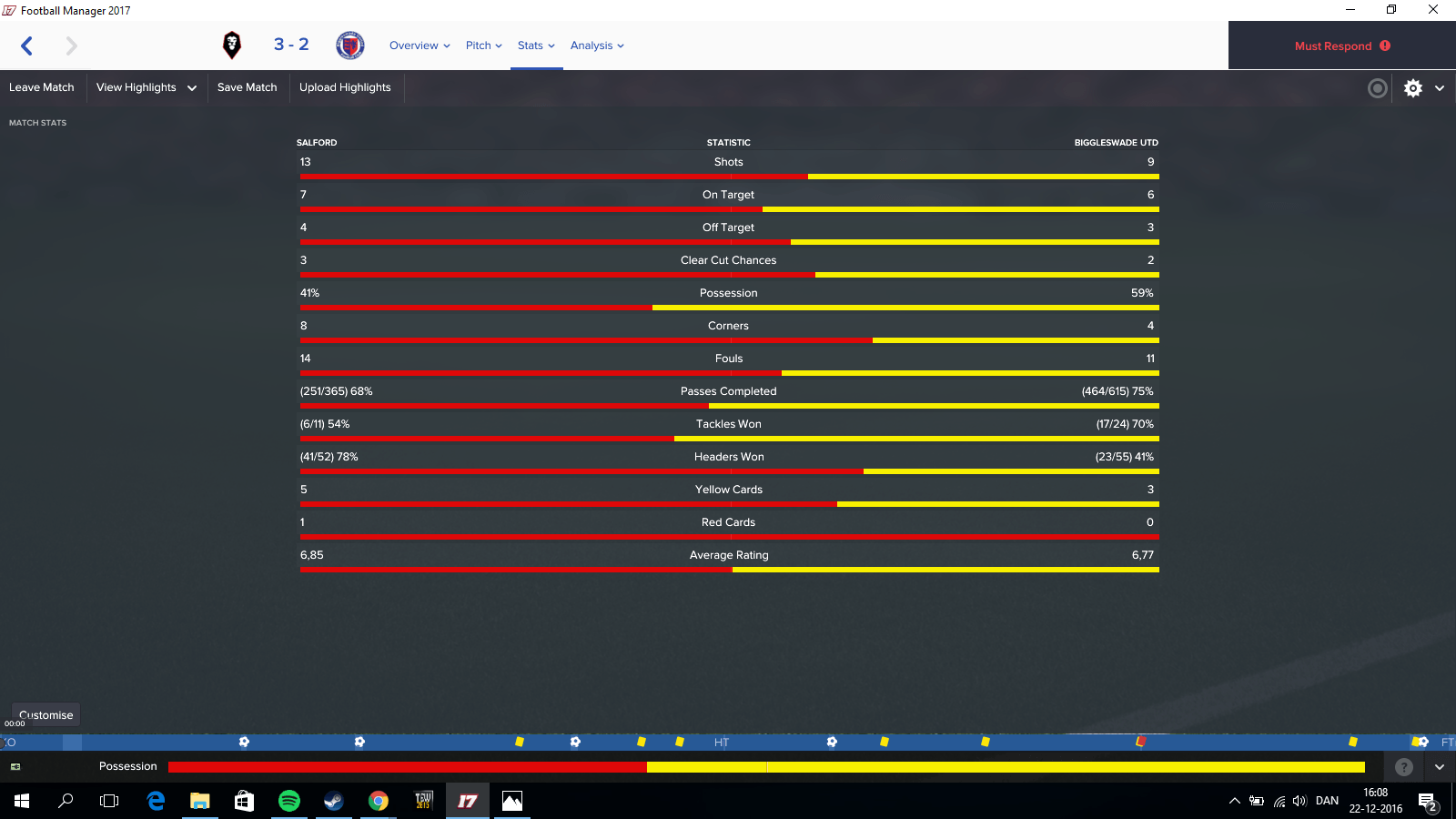 they won with only 10 men on the field in the rematch but i was actually not that mad as we were never expected to make it that far.
then came the FA Vase wich we kicked off with a 4-0 trashing of harefield only to get knocked out on penalties against Thame i was pretty fustrated about that as we were expected to reach at least the second round wich make it the only copetetion where we didn´t reach our goal
and then the Spartan South Midlands League Challenge Trophy wich was a tournament i didn´t care that much about making it to the third round with a fully rotated squad 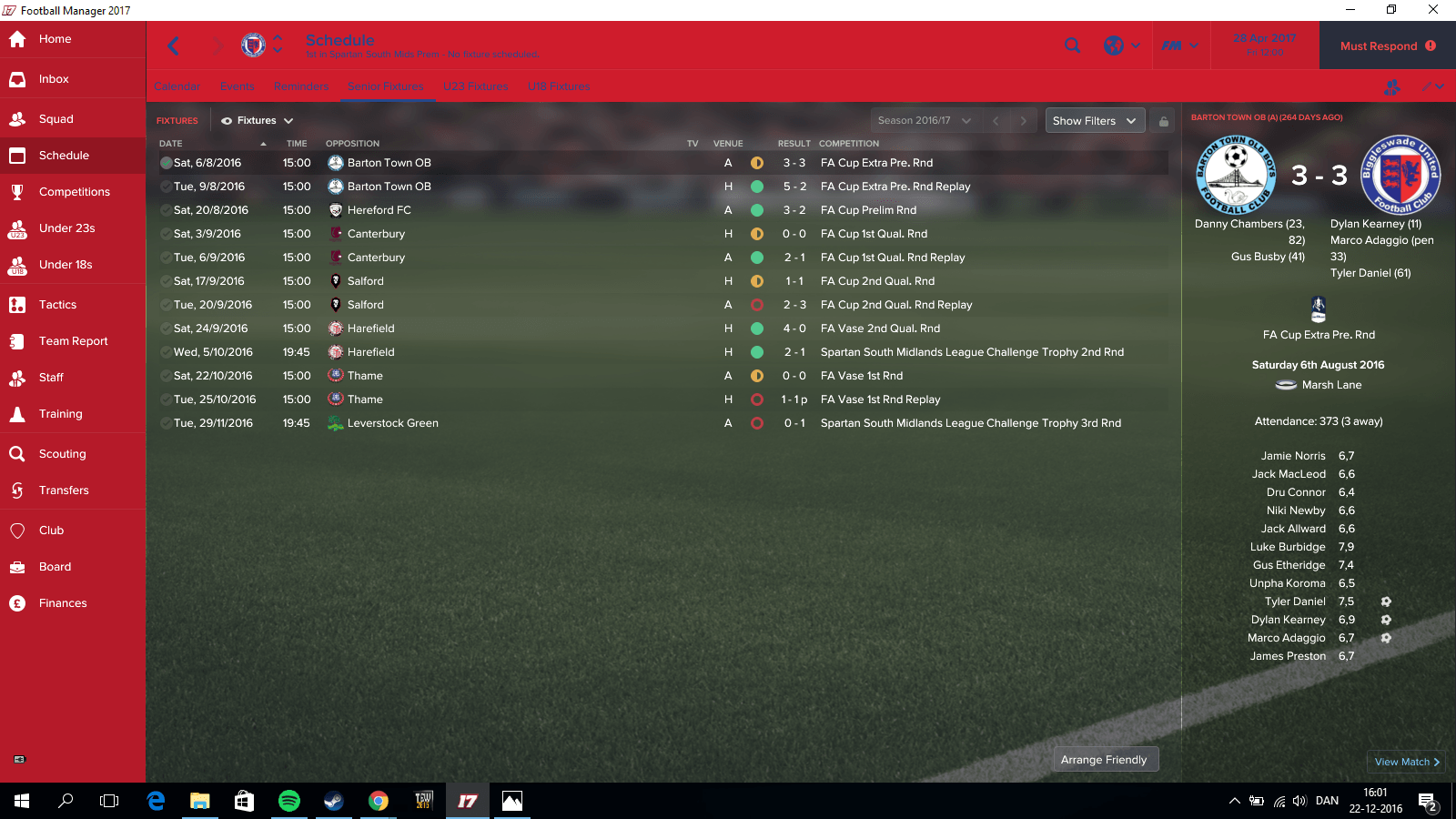 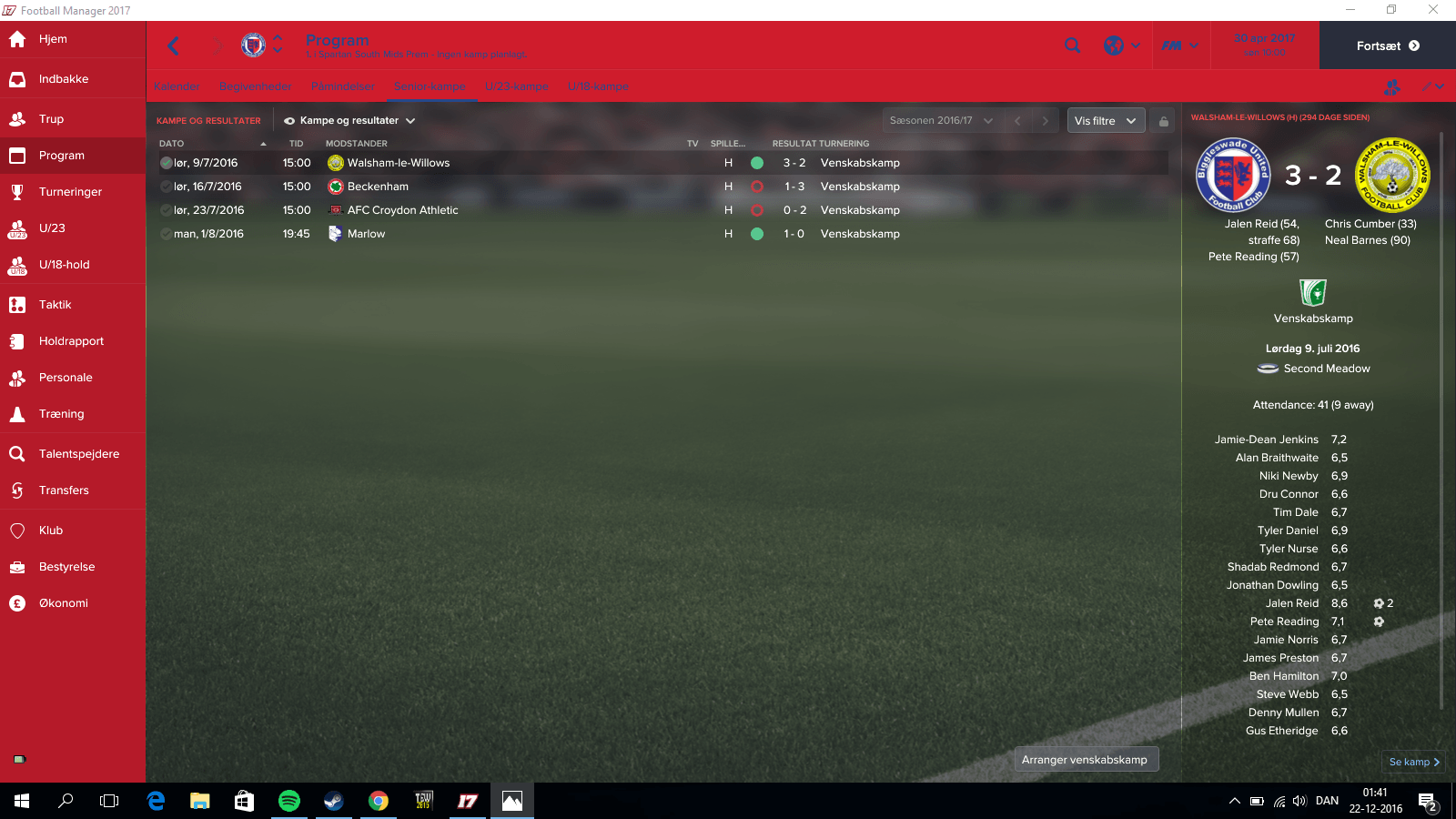 Christyboy99
3 years
in case of transfers it was a busy time at the start of the season as i didn´t have any "real" players so i had to bring in a brand new team.
i would say i pulled home some pretty good players home i´m not going to bore you with every sigle player but heres a look at both transfers and the squad and stand out players 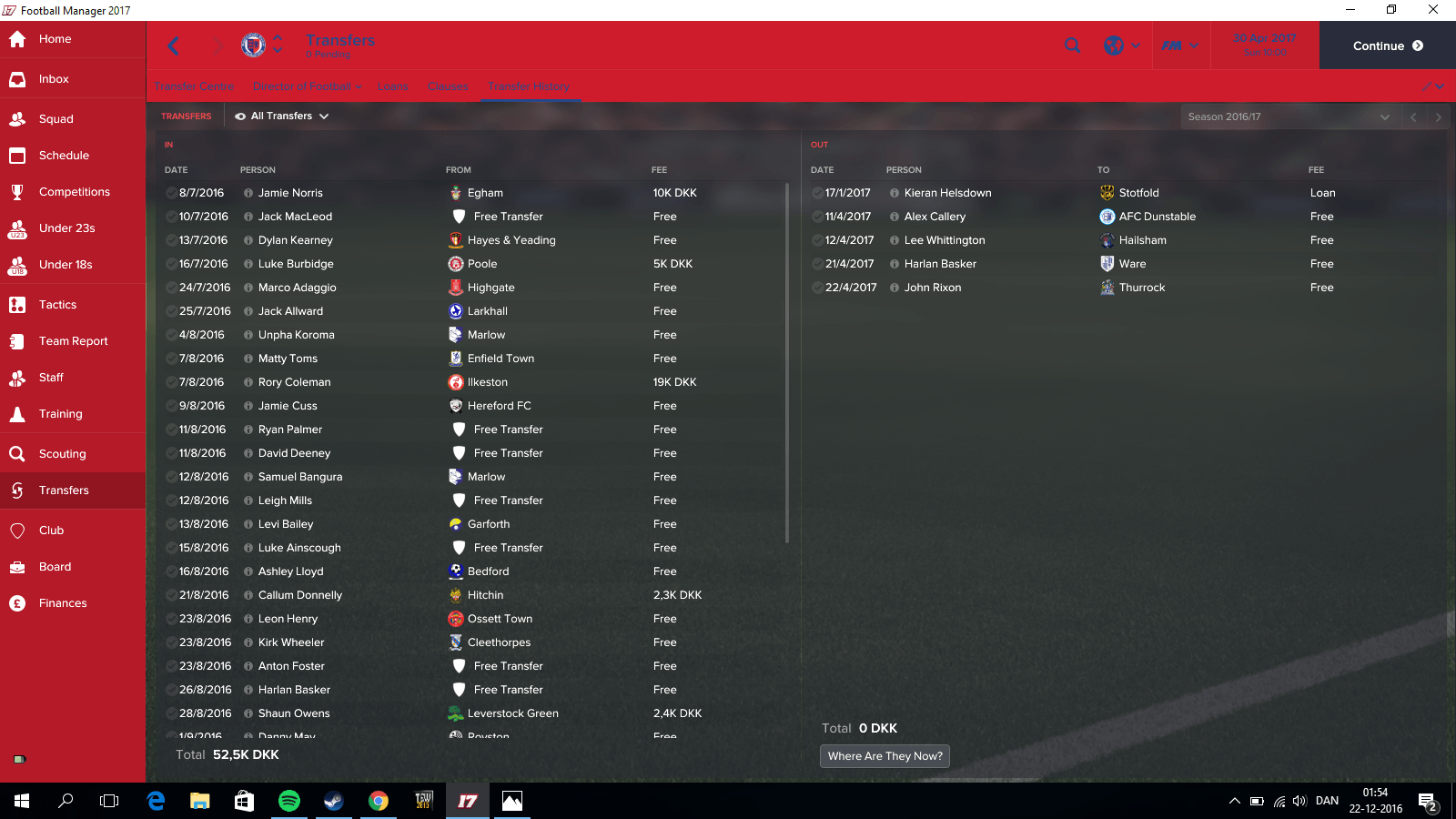 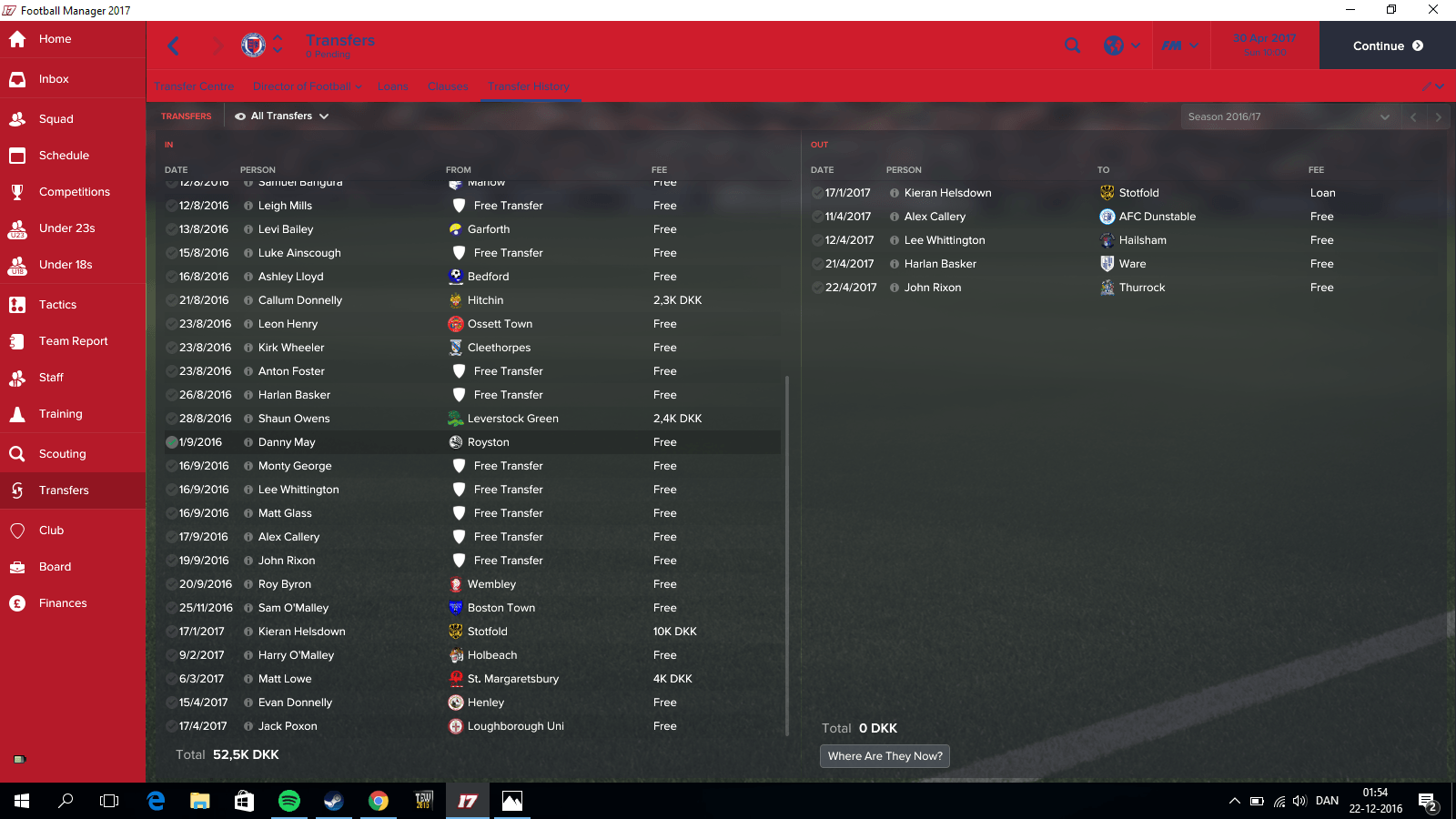 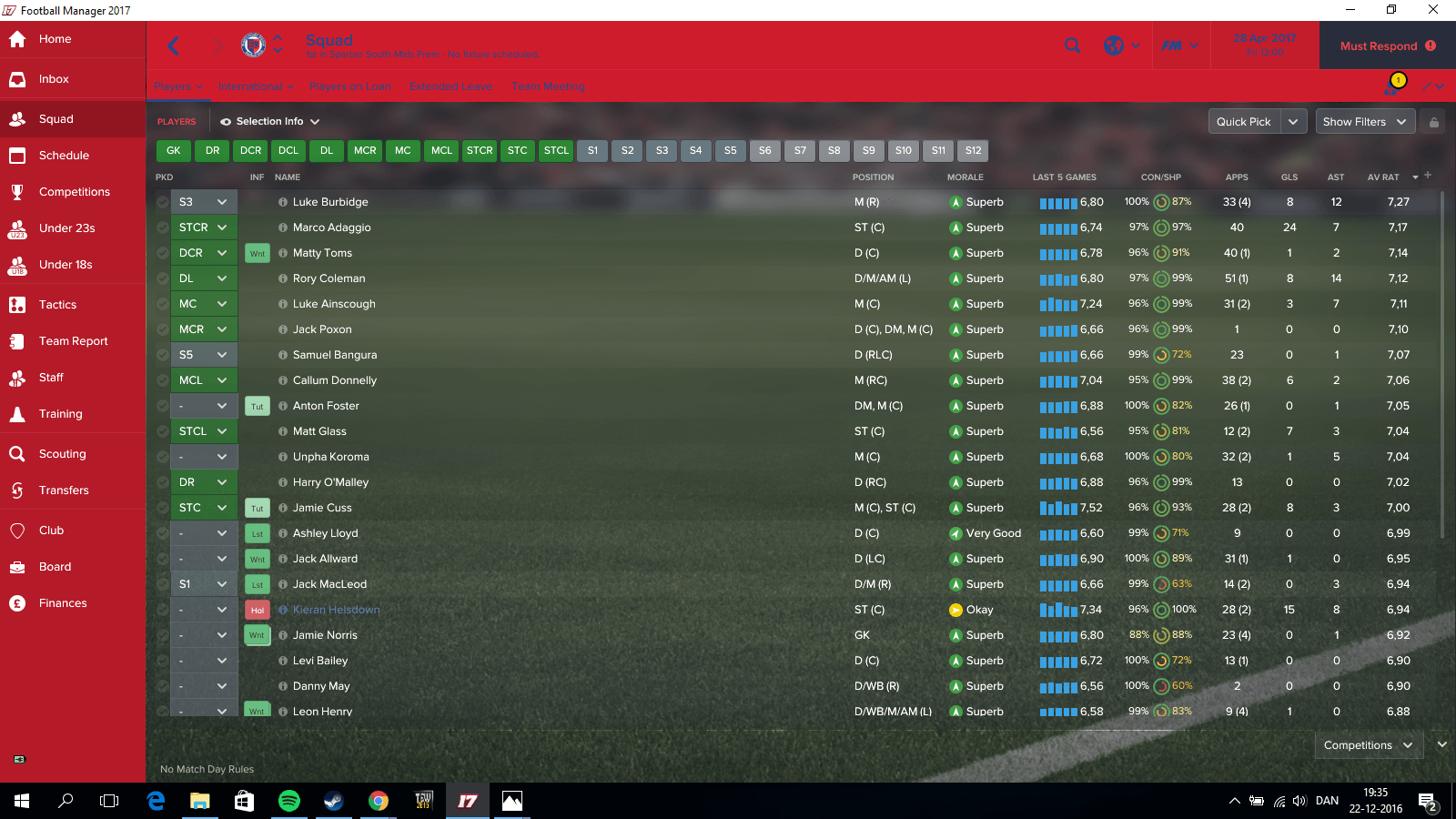 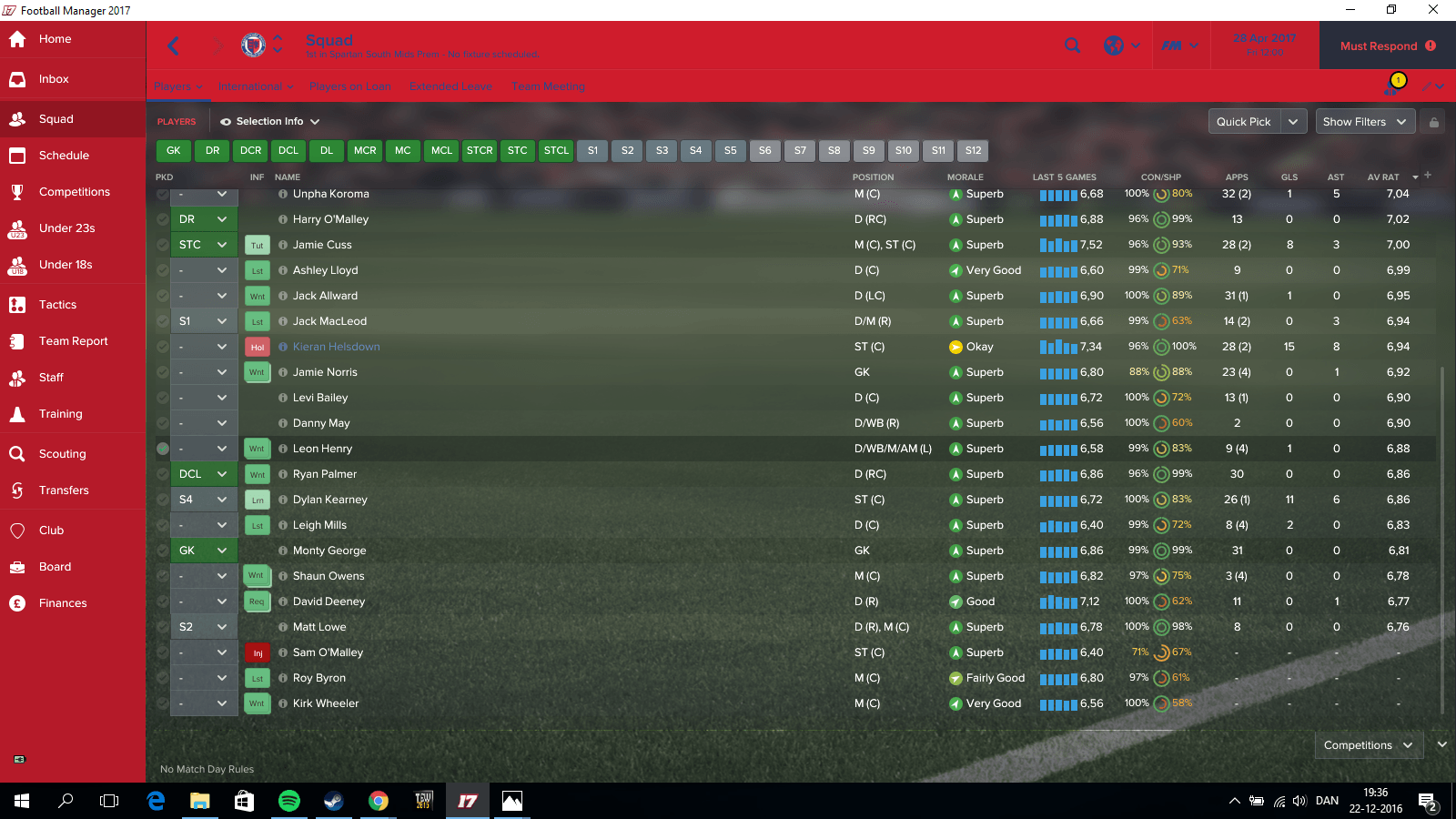 Luke Ainscough have had a fantastic season at only 22 years this ex Wigan player will be hard to keep.
33 games 2 off the bench 3 goals 7 assists 7.11 avrage rating for the young midfielder is abseloutly amazing 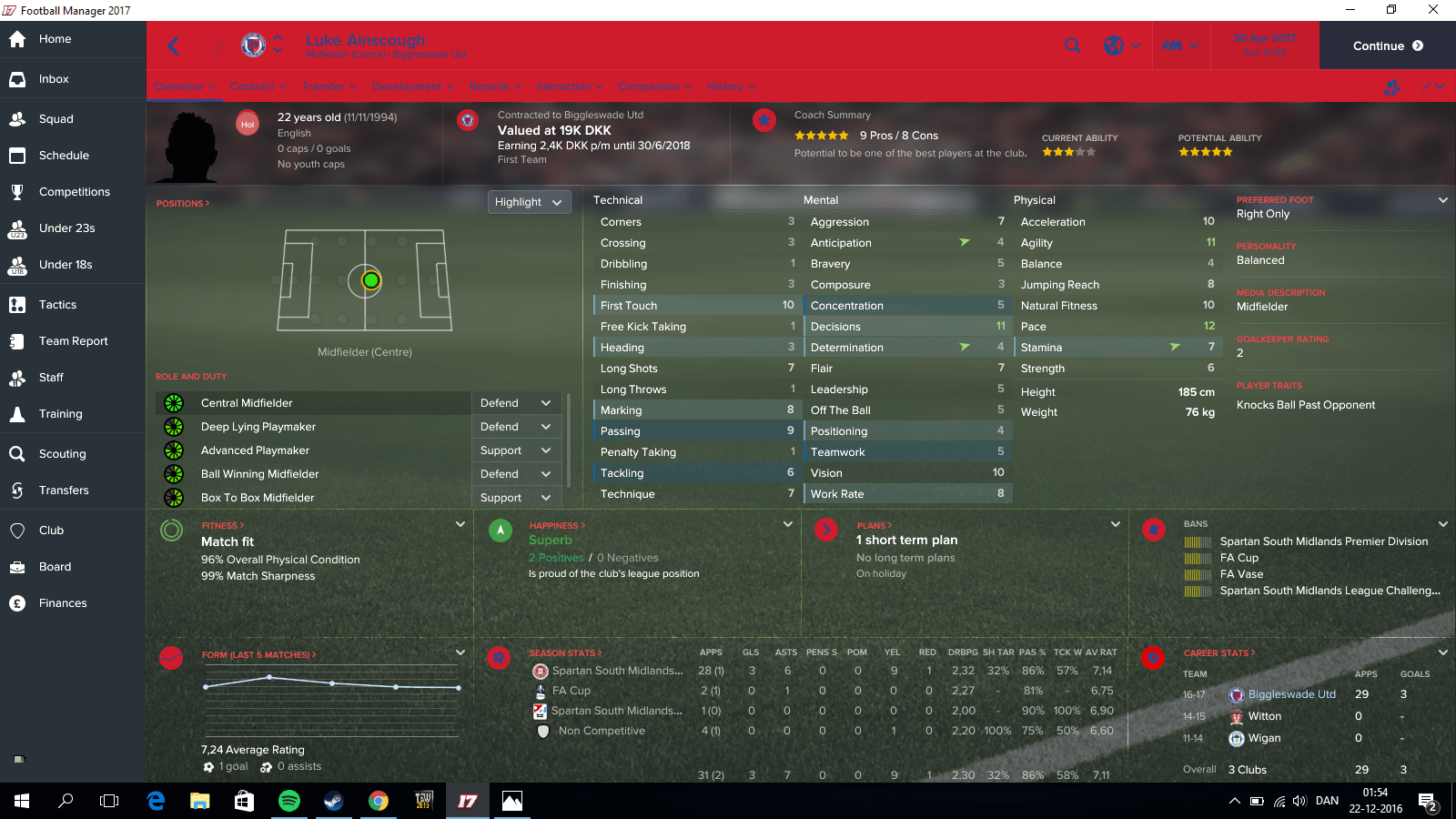 Next up is Marco Addagio an Italian striker and top scorer of the club.
40 Apearances 24 goals 7 assists and 7.17 Avrage rating he has been abseloutely incredible the only reason he wasn´t in evry single game was because of four injuries being out for 2 months all in all but still an amazing player 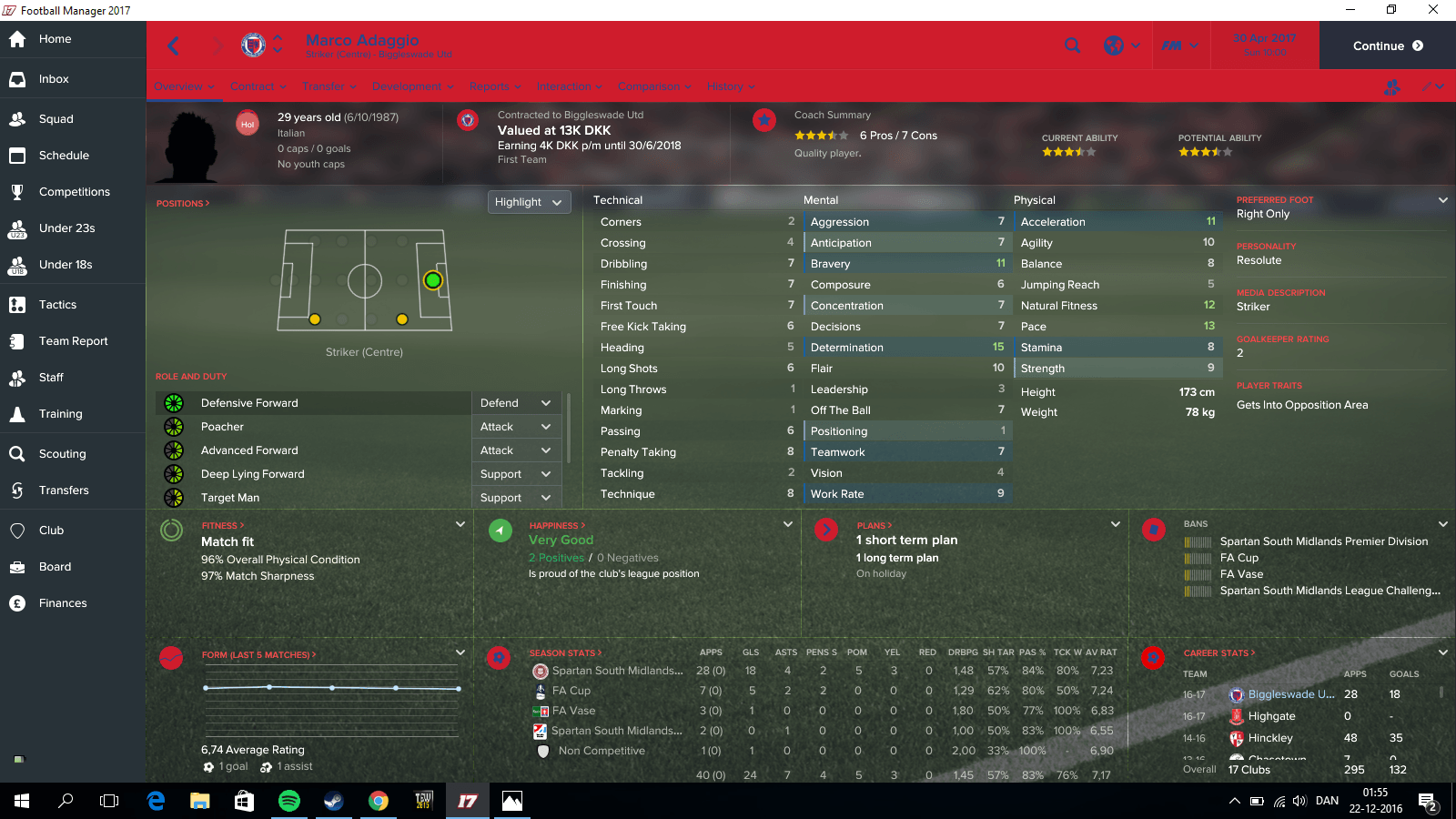 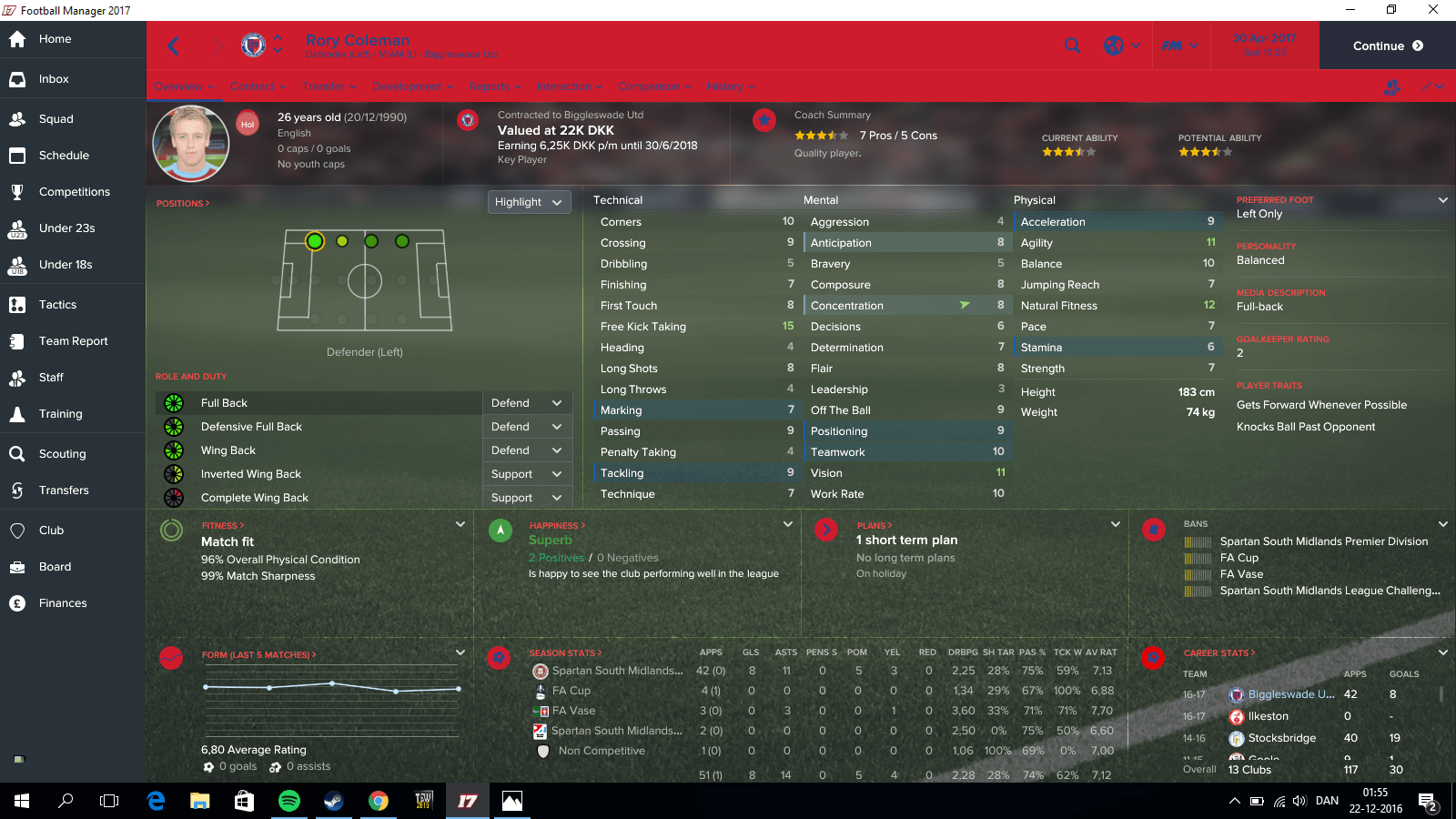 last but not least is Luke Burbridge the player with the best avrage rating at 7.27 in all competitions 8 goals 12 assists 37 appearances an amazing player and at 26 years old he haven´t even reached the peak of his potential definetly one i will try to keep as long as i can 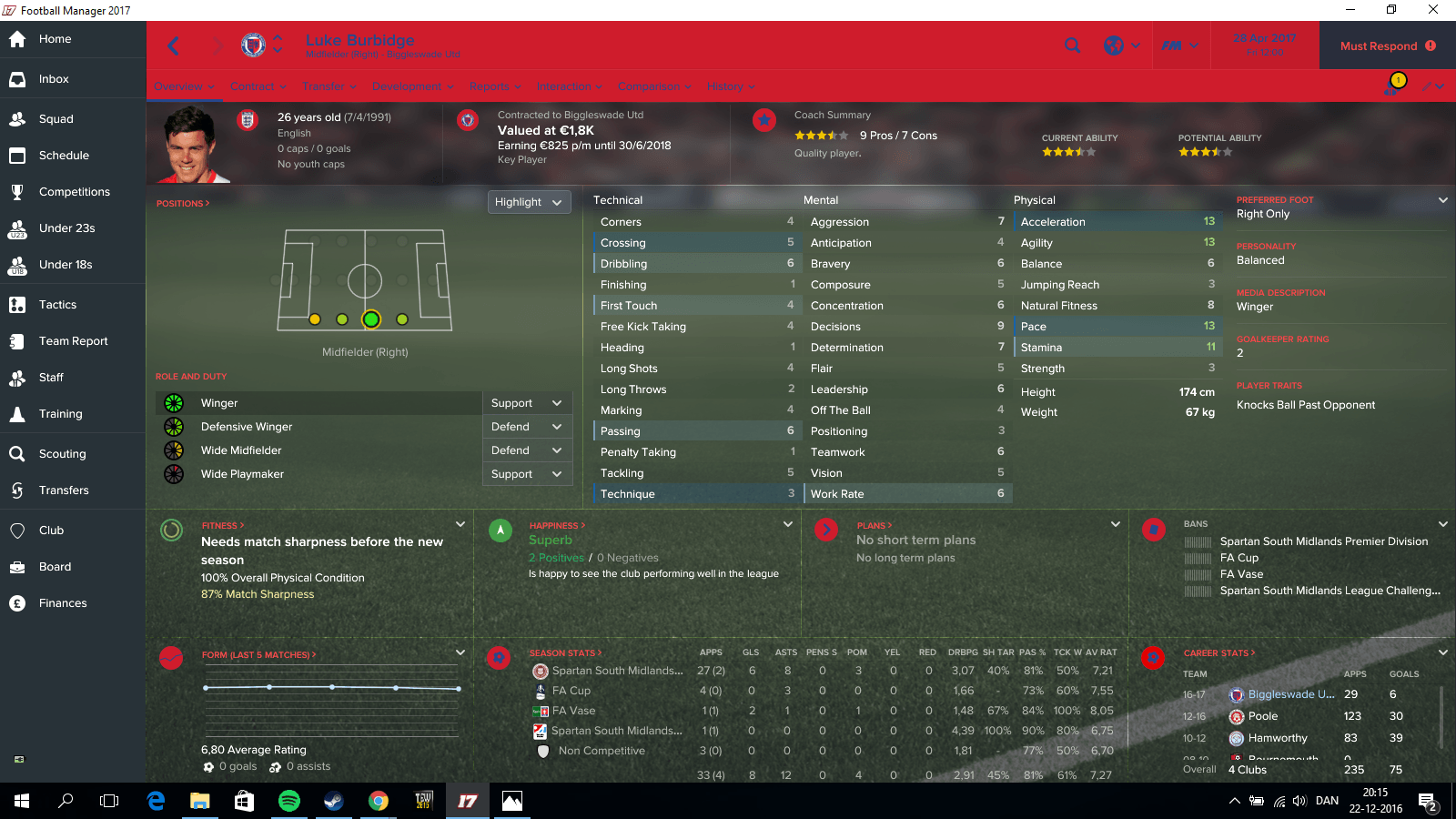 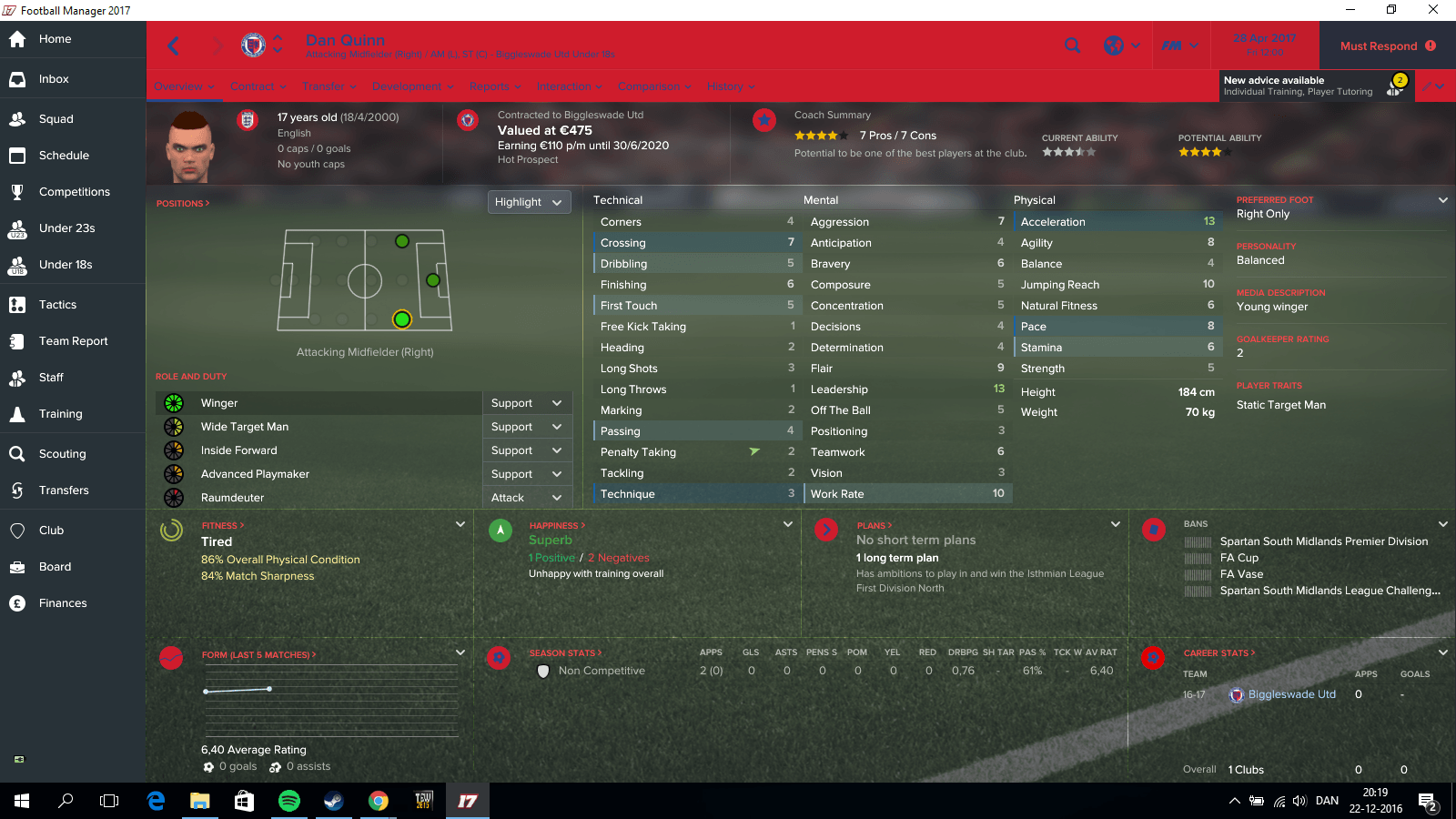 You are reading "Biggleswade to the top".