After we were eliminated in the 2nd round of the EFL Cup against Watford, this month we continue with the Sky Bet League Two and the start of a cup, from the Checkatrade Trophy.

After being eliminated in the 2nd round of the EFL Cup against Watford, we resumed Sky Bet League Two against Barnet, which went less than I expected a 2-1 loss by penalty.

After a disappointing game against Barnet now also a loss against Norwich under 23, I also did not know what to expect from the team. On top of that, we need to miss Lesniak for 3-4 weeks.

After two lost matches we must be against Luton Town we were the favorite in this game. We only got the profit to say nothing about this match.

After winning Luton Town, I thought we could hold it. Due to mistakes in the defenses we received two penalys. Fortunately Ambrose has risen as a stiker and hope we can enjoy more of him.

After the 2-2 against Plymouth and a reborn striker we had to go to Crewe Alexandria. We quickly get on a 0-1 deficit by Raynes's own goal corner kick, in the second half, Ambrose makes him wonderfully out of the sixteen memorable for the goalkeeper and we finish off with a profit this month. 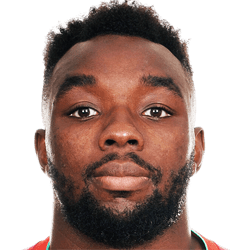 When I was watching potential players, I found Ambrose against them. Always followed him in RL and in game. When I thought of that, I never saw at our club, saying that he had accepted to borrow for a year. This month he made his debut and made three goals.Thierry Ambrose could well be the surprise package of the season.
Login to Quote

mgriffin2012
5 years
Where abouts in the table are you mate? Some good results so hopefully relatively high up!
1
Login to Quote

I'll add the table in the monthly overview Griffin. :)
Login to Quote

This month we continue with the Sky Bet League Two and the cup the Checkatrade Trophy.

We are starting in the FA Cup against Luton. A good to start with. We played out and you could notice that it was a little more difficult than usual. Fortunately, a replay was dragged by a late goal by Ambrose from a corner kick. Sharpening and killing everything in the home game.

And we're off! The replay against Luton Town after a 2-2 draw thanks to Ambrose we are still in the FA Cup. Early goal from Ambrose's keeper was not to be missed and Worrall's beautiful free kick. We are on to the next round after a nervous game. The next opponent is Crewe Alexandria.

After a nervous match for the FA Cup we continue with the Sky Bet League Two against blackpool. Finally a convincing profit. Outside the sixteen Raynes shoots him in and Ambrose's intrigue goes up to third place on the table.

Three wins in a row what a team! I have the idea that the team is now really driven and played together. A lot of goals just a disappointment we must miss Worrall for 3-4 weeks.

And that's four! Great win on Luton Town unfortunate than that own goal. Nice front of Semedo to and Parfitt-Williams Headed the ball in the goal. Keep up! :) 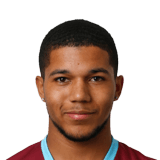 Parfitt Williams is a good talent. I have Djair on loan for one season and option for sale. I was quite surprised that he wanted to come to Leyton Orient and this month he is blowing out, hopefully we will enjoy him more.

mgriffin2012
5 years
Still in the Play Off spots man, keep it up!
1
Login to Quote

BackPostHeader
5 years
Some really good results, you're well on track to getting Orient the success they deserve! Great to see Thierry banging them in for you too!
1
Login to Quote

That was one of the most difficult games. Especially when Collins got his second yellow card. We need to work on teamwork and move on to the Checkatrade Trophy.

Now we are talking. We are still undefeated in the Checkatrade Trophy. Only I find it strange that players who are over 23 can still join Swansea under 23. Like Van der Horn. But we have won and it was good to continue to the next round.

Thanks to a shot outside the sixteen of Phillips we won this match and we remain undefeated.

A late hit by Lesniak made us to win in know it was long 1-1 but thanks to the goal of Lesniak we take the three points home.

Our warrior has risen Ambrose again in this match. Ambrose got him back from the defender and shot him beautifully in the top corner. Unfortunately, we have to miss N'Nomo for two months. One of our star players.

Raynes helped us keep it on a draw. Sliding on sliding after he was there he took the plow on tow. 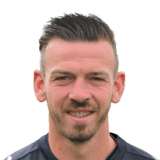 Player of the month is our captain Raynes. He took the team every time on tow. This month the results fell, but Raynes stood up to pick up the team. He played eighteen matches and made three goals.
Login to Quote

De Magere
5 years
Another strong month! You are going strong.
1
Login to Quote

mgriffin2012
5 years
I think things are finally looking up for the Orient!
1
Login to Quote

January will be a busy month, with matches for the FA Cup, Checkatrade Trophy and Sky Bet League 2. But also the Transfer Window. We have conquered the 1st place. Hopefully we can hold it.


We started the month to rent a number of new players, but also to borrow a few players. With these new players, I hope to strengthen my team.

The new players could not make it worthwhile to win a place in the team. That is why we continued with the same team. But it did not matter from the rental roof. Thanks to a Tilley hit we can make up for the quarter final.

We did not know this match. And the team also held a good position against Yeovil. And then the game had to be decided by Penalty's which we had won by 5-3. And we continue to the next round.

After the matches for the FA Cup and Checkatrade Trophy we also had to continue with the competition against Barnet. The new players can not make the difference yet and also get used to the players and the playing style. Thanks to Ambrose's rake header, the 3 points go home and keep the first place.

The games are getting harder and the players are also more tired of many matches in a month. Today may start a few new players in the base team. Reading Under 23 was a difficult team to play because the team did not play much space. But thanks to Penalty's, this match has been dragged and we are on to the semi-finals.

The last game of this month we have learned to win by a plethora of goals. It was very exciting the party knew it was right every time but we managed to win the match thanks to a late hit by N'Nomo.
And we are still in the race to win the well-wanted FA Cup. 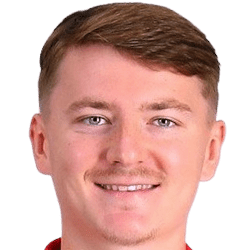 James Tilley is one of our young acquisitions. He has a good potential. We picked him from Brighton under 23. He turned a good month this month. Hopefully we can enjoy him more like a midfielder. He has played twenty-three matches for Leyton so far and scored three goals.
Login to Quote

De Magere
5 years
Kazaiah Sterling, must be one of Raheem's 24 children.
1
Login to Quote

With matches for the FA Cup, Checkatrade Trophy and Sky Bet League 2. We have conquered the 1st place. Hopefully we can hold it.

This match against Carlisle we won convincingly with 4-0 thanks to beautiful goals from Ambrose, N'Nomo and Kennedy. Up to the two cup matches for the FA Cup and Checkatrade Trophy.

We have to stand out against plymouth which we have won by 3-1, by goals of sterling in his first match for the club hopefully we will see more of him.

In the fifth round of the FA Cup against Stoke we lost 2-1. Stoke City was the better party we can look back on on a beautiful series in the FA Cup. Now focus on the Checkatrade trophy and the league course.

We are in the semi-final of the checkatrade trophy we have to fight against swindon. Thanks to Ambrose and Sterling again, we're on to the finale!

We are in the final for the checkatrade trophy and out of the FA Cup have been eliminated by Stoke we need to continue with the league. We won the win with 0-1 from Stevenage.

You are reading "Leyton Orient • trying to get the o's back to glory".