So What is this story going to be about, Well its going to start in Ireland with a club called Bray, Starting in the Irish leagues with a small club and try work my way to the top. Its not going to be an easy task but its wroth a go. A little bit of History About the club i will be starting with, 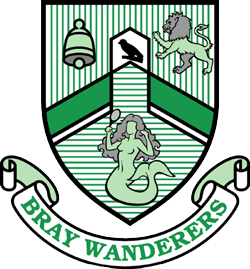 Bray Wanderers Football Club (Irish: Cumann Peile Fánaithe Bhré) are an Irish association football club playing in the League of Ireland Premier Division. The club in its present form was founded in 1942 in Bray, and was known until 2010 as Bray Wanderers A.F.C. It was elected to the League in 1985, and plays its home matches at the Carlisle Grounds. Club colours are Green and White, and it goes by the nickname Seagulls. And There last major win was in 1999 when they won the FAI Cup, And have struggled ever since.

My goal is as follows;
Win the League
Win the Cup
Get into the group stages of champions League
Group stages of euro League
Use Youth
Win Manager of the Year

With all the goals set i feel that if i can reach them a job somewhere else in England could come calling, So Fingers Crossed this goes well, Thanks for reading am already 15 games into season so will update as soon as i can.
Login to Quote

ScottT
3 years
Good luck with this mate, not seen a save in Ireland before so this interests me!
Login to Quote

mgriffin2012
3 years
Good luck mate this should be interesting!
Login to Quote

mrtepig
3 years
Good luck! I know nothing about Irish football so perhaps this can enlighten me a little bit.
Login to Quote

You are reading "Start Small Or Go Home".