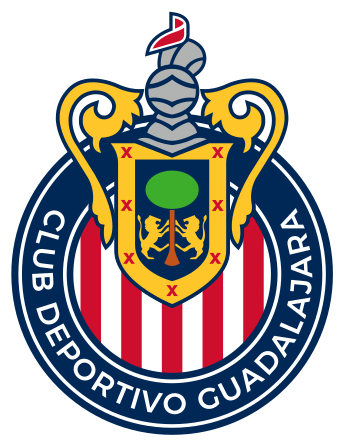 
Hello everyone, and welcome to yet another Mexican FM story! First of all, you might be wondering why I chose that name as it is particularly interesting. Here's why: I will be telling the story of Oswaldo Sánchez, a.k.a San Oswaldo(Saint Oswald), former Chivas goalkeeper from 1999 to 2007 and Liga MX champion once with Chivas in 2006 and twice with Santos Laguna in 2008 and 2012. He currently works as a TV pundit for Televisa Deportes. As for the second part of the name: When the Chivas won their first league tournament in 1956/57, Pope Pius XII sent a telegram congratulating and blessing the team leading to a new nickname: "El Rebaño Sagrado" or "The Sacred Herd" in english.

This is a story that I've been wanting to do for a while now for two main reasons: 1) Chivas is a local team for me, and I regularly attend their stadium with friends and family. 2) They are the only team currently in the first division to only field Mexican players, as well as having a great focus on their youth teams with players such as Chicharito, Carlos Vela, Marco Fabián, and several others coming out of their academy. These are the two biggest factors that attract me to the team. Now, this story will be different to previous stories that I've done as I will put more effort into both writing and, of course, the graphics with the hopes of making this story more attractive to all of you.

However, I do not own the game just yet (sad, I know). This means that for the next month or so I will focus solely on the writing aspect of this story. Hope you enjoy! And as always, all feedback is appreciated.
Login to Quote

mrtepig
2 years • Edited
No one is untouchable in the world of football. One year you're the champion and the next you're trying to find a job. Just ask Claudio Ranieri or, in this case, Matías Almeyda. When he joined CD Guadalajara in 2015 they were on the verge of relegation, a bad season would send them straight to the second division for the first time in over ninety years. Great things were expected of Almeyda, and he delivered, winning two Copa MX trophies and the first Liga MX trophy for the first time in over ten years. But then, just like Leicester, the players got comfortable and this, paired with the lack of transfers, meant the team wasn't hungry for more. Thus, they finished the last tournament in 13th place, with a grand total of 4 wins. The disappointment was cemented by the fact that they lost the Clásico Tapatío and Súper clásico in the league and then were knocked out of the cup by second division side Atlante. Owner Jorge Vergara had had enough and decided that it was time for Almeyda to move on.

The phone rang. Who's interrupting my breakfast now?! The caller wasn't registered on my phone but I answered anyway.
- "Hello?"
- "Good morning, Oswaldo, this is José Luis Higuera. How are you?
The José Luis Higuera? CEO of Omnilife and owner of Chivas? What could possibly lead him to call me, the TV pundit?
- "I'm great, yourself?"
- "I'm OK. Listen, I called you because, as you probably already know, Matías was recently fired from his position as Chivas manager."
- "Mhm"
- "Anyway, we have already scheduled for a meeting with you and Jorge tomorrow at 1, see you then"
The phone call ended abruptly. My mind still hadn't finished processing all the information that José Luis Higuera, Chivas' CEO, had just delivered over the phone. So... I had a meeting tomorrow with the CEO of Chivas and co-owner/president Jorge Vergara. Wow.
Login to Quote

You are reading "Saint Oswald and the Sacred Herd - A 100% Mexican Story".