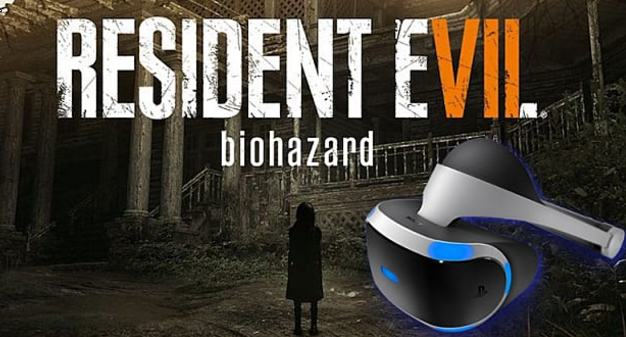 Playing most horror games is similar to watching horror movies, you know when the jump scares will occur, and you pretty much solve the story before the movie unravels. Unlike playing a VR horror game, which is comparable to being in a haunted house. Virtual reality factor gives the player a first-person view. This disadvantage does not allow for observation of one’s surroundings, so this makes the jump scares, scary.

Resident Evil 7 is a game in first-person perspective. It is a survival game developed by Capcom. You play as Ethan Winters as he searches for his wife in a plantation occupied by the cannibalistic Baker family, solving puzzles and fighting enemies. Now to play this game, it would not seem so scary, but to play it with the VR headset? This is the factor that makes the game difficult but also terrifying. This also makes the game good. It is tense, well-written and well-designed game with some mystery and dark humor.

Another game, Here They Lie, is a psychological thriller that has a dream like into a nightmare atmosphere where you wander through a bleak cityscape with something stalking you from the alleys and ledges. The game plays with colors and perception which makes the VR experience even more troubling. The premise of the game is sneaking past enemies, which usually won’t attack if you avoid eye contact. The safest thing to do is to trust no one, and to walk with your head down, hurrying ahead.

Another factor about horror games is that they try to offer players a less scary mode of playing the game. Most would call this “wuss-mode” but it offers the player the ability to play through without the fear factor. But what is a horror game without a little scare?

VR is an important dimension of an effective horror game. It gives the player only a first- person view, allowing for the player to only see what is in front of them. It allows for the player to be transfixed by visuals. This means that the monster will no longer just be on your screen, but you will hear it creeping up behind you, invading your personal space and preventing you from escaping. Imagine, you are now in the game, you are the actual character, you see, and hear everything and you get a front row seat to your death, if you die.
Login to Quote

terrytormon
2 years • Edited
I played all parts of the resident evil when I was younger. But after I entered college, I did not have enough time for this. My friends advised me to buy coursework from professionals. I turned to a service where I was given a well-written course in a short time. it really helped me in my studies, and also I had time to play the last part of the resident of evil
Login to Quote

MinnieRomero
1 year
Of course if the game is too scary to play, you will have some mental problems that should not have. It will have bad effect to your sleep or your health as well so have a wise choice. Play something to entertain or watch street view can make you comfortable
Login to Quote

You are reading "Can a Game Be Too Scary for Its Own Good?".