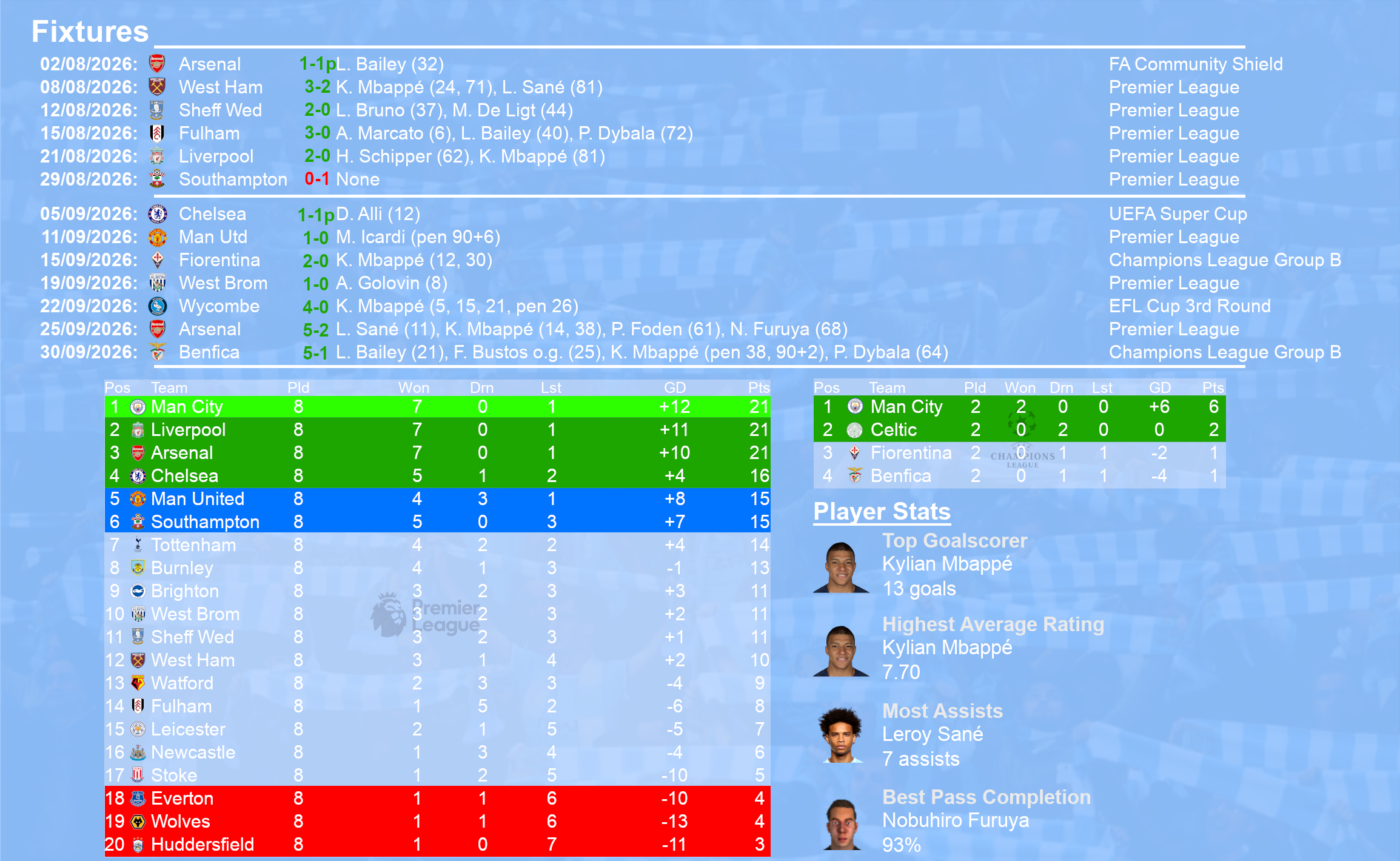 TheLFCFan
3 years
Almost the perfect start, a real shame about the Southampton loss but I really doubt it will matter in the end. Mbappe starting off the season incredibly well once again and two cup wins already is a great start to what should be another massive year of trophies for Aapo.
Login to Quote

ScottT
3 years
Great start and the response to losing against Southampton has been excellent. Plenty of goals and clean-sheets which is promising. Two pieces of silverware, a late victory over Manchester United and three points against Fiorentina, Aapo must be pleased!
Login to Quote

Imagine
3 years
Wow! What to say about this story? I've spent the past week catching up on all 37 pages and what a read it has been, well worth it. I can honestly say that this is the best FM story I've come across personally. The graphics, the success, the back story's and the constant stream of new ideas and different styles of updates just make it fantastic holistically. Having written back story's myself previously I found these parts to be the most interesting and as I read each one I kept thinking that I miss doing those types of stories but then also thinking I wish I could do them as well as you have throughout this one! Got me thinking that I want to get back to the same style of writing even if you have set an impossible standard!

Justice
3 years
Only thirteen goals for Mbappé? His standards are slipping.
Login to Quote