Jim
1 year
I guess 2 is better than one, in this case especially!
Login to Quote 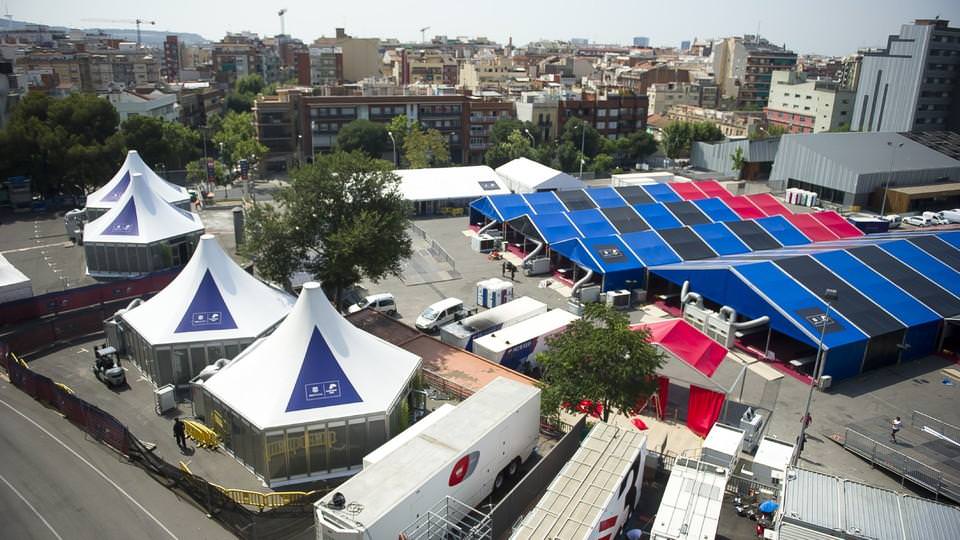 Today the club members of FC Barcelona voted for the next president of the club. The voting took place at Camp Nou.

Many players and former players were in place to vote, like Gerard Piqué, Sergio Busquets, Andrés Iniesta and Sergi Roberto.

The members could choose between 22 registered candidates. Camp Nou opened up at 8:00 and the doors closed at 20:00. Adults that have been a club member for at least one year and over 18 years old, were eligible to vote in the election.

The votes are to be counted and the result will be official tomorrow. The new president will hold a press conference at the club offices at 11:00.
Login to Quote

The club announce that Joan Laporta and Augustí Benedito are the winners of the presidential elections of FC Barcelona.

Laporta and Benedito gained a massive 59% of the votes.

A press conference with Joan Laporta and Augustí Benedito will be held at the club offices at 11:00 with further information.
Login to Quote 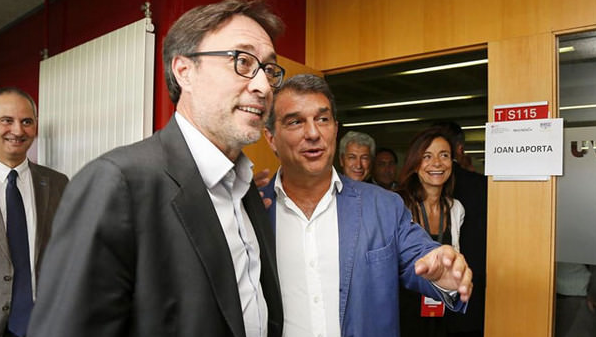 At 11:00 the winners of the presidential election Joan Laporta and Augustí Benedito held a press conference at the club offices.

The press conference began with the winners thanking for the great support they have recieved during the campaign and the voting day.

They announced that Joan will take the offical position as president of FC Barcelona while Augustí will have the official title as vice president. Due to the clubs statues the presidential post can not be shared by numerous people.

Big changes will come for the club. Both Joan and Augustí show no doubt about that kind of FC Barcelona we will see in the upcoming season.

"We will bring FC Barcelona back. What makes Barça special is the way we play. We have not seen this in recent years due to the management but we will bring this back."

Concerning the manager they did not leave a concrete descision. "We have all respect for Ernesto and his work here. In the upcoming days we will sit down and form our staff and decide what is the best for Barça."

Some signings have already been confirmed by the club. The pair did not want to speculate about any further additions. "We are aware about the descision that have been made. As we mentioned earlier, we will sit down and make our descisions in the upcoming days."

The press conference ended with the traditional photo session before Joan Laporta got the last word; "Today is a great day for Barça. We will be back were we belong. We will win in the right way. Visca Barça i Visca Catalunya."
Login to Quote

The club can confirm that the contract of manager Ernesto Valverde will not be renewed.

Ernesto Valverde joined FC Barcelona in the summer of 2017 from Athletic Club and were in charge during the 2017-18 season which saw Barça went on to win both La Liga and Copa del Rey.

The club would like to express its greatest gratitude to Ernesto for his commitment during his year at the club and wish him all the best in the future.
Login to Quote

Guardiola: A change was needed

Guardiola, who spent four years at Barça (two of them with Joan Laporta) is a big fan of both Joan and Augustí. "I know Joan very well. He was the one who gave me the chance at Barça. He is a great leader, and above all he is a respectful man who knows how to treat people."

Many Barça players and staff members left the club following the end of Laporta´s previous time at the club, like Pep himself, Éric Abidal, Johan Cruyff and Xavi Hernández. Many have accused both Sandro Rosell and Josep María Bartoumeu of destroying the true Barça.

Hopes are high again in Barcelona as many sees the return of Laporta (this time with Augustí Benedito) as a sign of great things to come. Guardiola is one of them. "I don´t know Augustí as well as Joan, but I have only heard good things about him. If Joan has choosen to cooperate with him it is a good sign."

More or less every Barça fan still dream about seeing Pep Guardiola at Barça again. The man himself does not sound convinced but he does no longer completly denies it. "It has not been an option to me because of how I was treated by some people. But everyone knows it is different with Joan. Although I´m very happy in Manchester and at the moment I have a project here."

Who knows, maybe we will see Pep back one day. What a dream it would be for every Barça fan and every pure football fan as well.
Login to Quote

ScottT
1 year
Some very crisp updates here. I'm really enjoying this story so far and a football hasn't even been kicked! I'm very intrigued to see who will replace Valverde now he has left. It's a big decision made by the new president(s) and I'm interested to see if it will pay off at the end of the season. Looking forward to more.
Login to Quote

Justice
1 year
Having Pep back at Barcelona would be incredible!
Login to Quote

Jim
1 year
Very nice! I am really excited for the next updates!

Jonte-23
1 year
ScottT: Thank you. Yeah, the manager question is one of their biggest descisions to make, the better get it right. So am I!

Justice: It would indeed. We will find out soon enough.

Jim: Thank you, so am I!
Login to Quote

FC Barcelona’s new kits for the 2018/19 season was unveiled at an event in Barcelona. The new Nike home shirt keeps the traditional vertical blaugrana stripes, of which there will be 10, in representation of the City’s 10 districts. 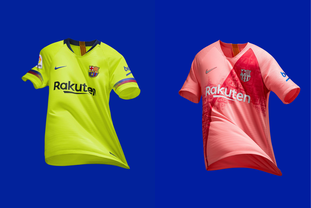 The volt yellow away kit evokes memories of a famous 2005-06 campaign and underlines the club’s adventurous spirit.

The FC Barcelona third kit for the 2018/19 season, designed by Nike, continues with its bold and beautiful celebration of the city of Barcelona. With a pattern based on an aerial view of Barcelona’s famous Eixample district and its blocks, it gives an extra special connection back to the city’s landscape.

The two-tone shirt, with the darker red of the sash and its surrounding graphic gradually giving way to a paler pink shade completes the set of new strips for the new season, which ooze Barça and are inspired by the city where the club is based.
Login to Quote 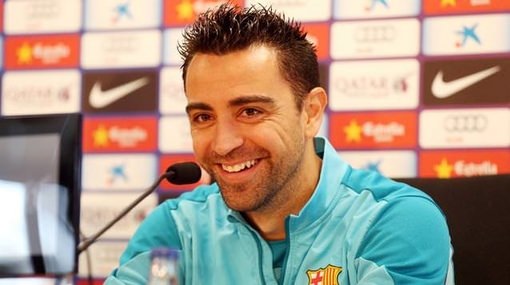 FC Barcelona are delighted to announce that former Barça player Xavi Hernández is the new FC Barcelona manager. The Spanish 38-year old has signed a one year contract with the club and will begin his work immediately.

Xavi made 769 appearances for the club between 1998 and 2015. He is considered as one of the greatest players in the history of the club. After leaving Barça in 2015, Xavi played for Al Sadd Sports Club in Qatar. Earlier this summer Xavi retired after three years in Qatar.

Many great managers have formed and supported Xavi during his career. Pep Guardiola, Tito Vilanova, Louis van Gaal, Vicente del Bosque, Luís Aragones, Frank Rijkaard and Luís Enrique all had the pleasure of working with Xavi during his over 20 years long career.
Login to Quote