ScottT
4 months
An important month ahead but only a couple of wins off of the top four. Fingers crossed you can enjoy a decent month. Another campaign in Europe, Champions League or Europa League, will be fantastic.
Login to Quote

J_ames
4 months
Extremely important month coming up, picking up wins against the likes of Wolfsburg, Hertha and Dortmund instead of draws will see you jump them on the table and put them at a disadvantage. I think you have what it takes to beat Wolfsburg and Hertha: unsure about Dortmund!

Great to see my boy Domagoj pick up the player of the month award, time for him to push on and play his part in a glorious year for 1860

grismosw7
4 months
A nice draw with Bayern! You are right in the thick of it.
Login to Quote

OneMoreGame
4 months
Bayern didn't manage to beat you this season which is great. Next month will be huge for your European hopes.
Login to Quote 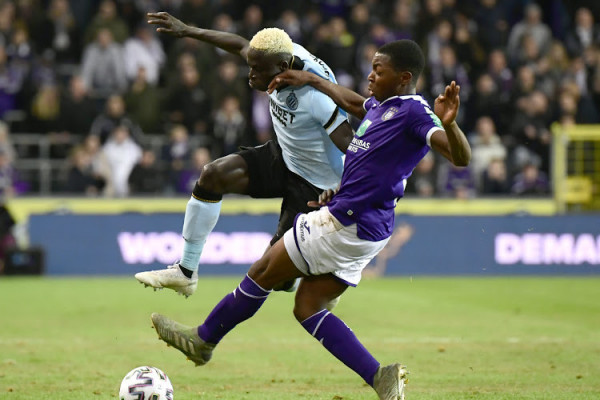 Controlling the match from the beginning, 1860 Munich scored in the fifth minute when Marco Kana looked to chip Hamburger SV goalkeeper Takashi Takeda from just outside the box after a deflection from a corner, the shot hit the crossbar and fell to the feet of Kasper Dolberg who converted the chance. Takeda would continue to endure a barrage of shots but managed to keep 1860 Munich from scoring again heading into the break.

Early in the second half, Kasper Dolberg found himself on the end of a harsh challenge and forced to leave the field. It was Amadou Traore who would then seal the match for 1860 Munich, stealing the ball from Hamburger SV defender Marko Petrovic, playing Marco Kana through immediately with the defensive midfielder converting the one on one chance.

“A very solid victory, I am happy with how the team played throughout the match.” said 1860 Munich manager Daniel Bierofka. “I feel we are about to hit our stride and I am looking forward to seeing what our squad is capable of in the next few weeks.” he added.

After the DFB-Pokal quarter final draw, 1860 Munich are set to face VfL Wolfsburg away from home while many eyes will be on the match between Schalke 04 and Borussia Monchengladbach who are the strongest sides remaining in the competition.

Tango, Jack & ScottT: Slowly making progress but we will need to put together a winning streak to find our way into the European places.

J_ames: Domagoj has performed really well at times but is very inconsistent.

grismosw7 & OneMoreGame: Very happy with our performances against Bayern this season.

TheLFCFan: Happy with remaining undefeated throughout the month but certainly going to need more quality performances to close out the second half of the season.
Login to Quote

TheLFCFan
4 months
Another favourable draw! I feel something very positive coming in this competition!
Login to Quote

Jack
4 months
None of the 'big' teams yet! Great work, good luck against Wolfsburg
Login to Quote

1860 Munich almost completed a perfect month with four wins from five matches and not conceding a goal during the month of February. To start, Lisandru Tramoni came on from the bench to save the day again, scoring the winner against VfL Wolfsburg, a victory followed by consecutive two goal victories over Hamburger SV and Mainz 05.

Daniel Bierofka would then go to defeated Borussia Dortmund for the first time in his career, with Kasper Dolberg leading the way by completing a hat-trick before finishing the month with a bore draw against Hertha Berlin. 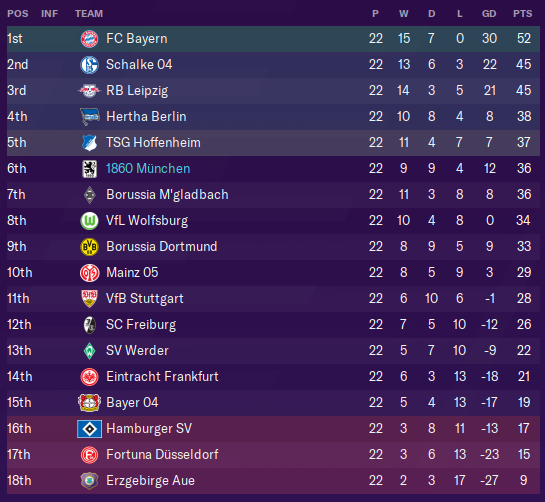 Bayern Munich have begun to distance themselves at the top of the Bundesliga table while Schalke 04 and RB Leipzig remain ahead of the pack. After their great form, 1860 Munich have moved up into sixth and find themselves in contention for European qualification. 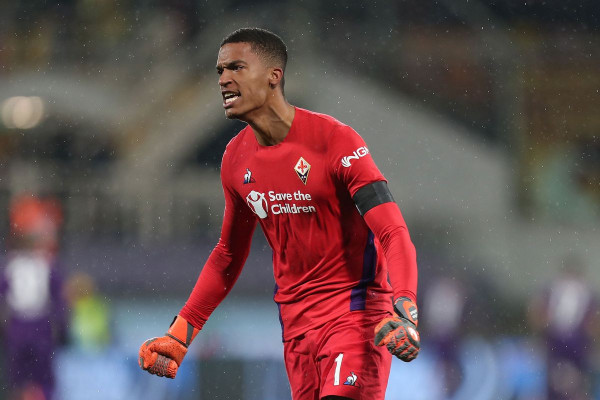 After 1860 Munich went through all of February without conceding a goal, there was only one choice for the Player of the Month. Lafont and his defence are currently rated the fourth best in the Bundesliga with the Toulouse youth product beginning to draw attention with Tottenham showing interest in the 25-year-old goalkeeper.

Spanish back-up goalkeeper Ivan Martinez bruised his head at training and will not be available for a week.

Suffering from a virus, the 19-year-old Piller will miss a week of action, seeing him unavailable for the DFB-Pokal quarter-final against VfL Wolfsburg.

With a very busy period upcoming, seven fixtures await in March which will see squad rotation required at various stages throughout the month. 1860 Munich have drawn Manchester United in the UEFA Europa League, it will be a historic moment for both clubs as it will be the first time the two clubs have ever played each other.

In the DFB-Pokal quarter-final, 1860 Munich take on VfB Wolfsburg, a team which they have defeated on the last three occasions while three of the four teams set to play 1860 Munich in the Bundesliga find themselves in the bottom half of the table.

TheLFCFan & Jack: I think defeating RB Leipzig in our first match is enough big teams for now.
Login to Quote

J_ames
3 months
YES! This is what we've been waiting for!! Great to see the lads finally show what they're capable of, and you've climbed right up the table in the process. What a brilliant month

ScottT
3 months
Exactly the sort of form you needed this month. Potent in attack and crucially solid at the back. A busy month ahead... Hopefully the extra fixtures don't cause for a decline and a subsequent unravelling of your progression this month.
Login to Quote

TheLFCFan
3 months
Excellent stuff. A first win over Dortmund (Congrats btw) is a massive sign of the direction that the club is going in a positive one.
Login to Quote

Jack
3 months
What a comeback and what month it has been for Lafont! After a rough start you're right back in it with a shot at the Champions League.
Login to Quote