OneMoreGame
3 months
Great month and you're back in the fight for these CL spots. Tough draw in EL but you tend to do well against bigger teams!
Login to Quote

Wolfsburg Fall To 1860 Munich In DFB-Pokal 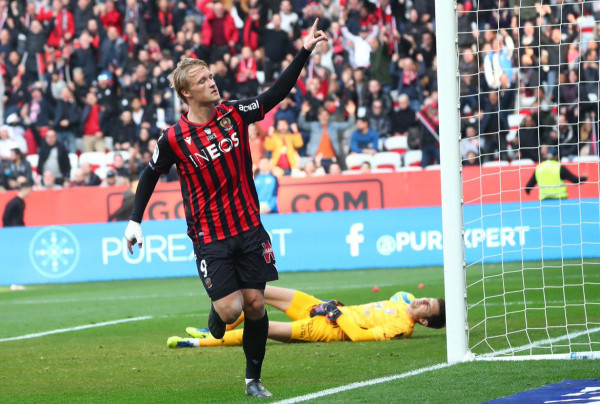 1860 Munich were looking to advance from the DFB-Pokal quarter finals after being eliminated from the competition in the same stage for the past two seasons.

After controlling possession early on, Diogo Dalot made a vital intercept, heading the ball to Amadou Traore who played a long ball past former 1860 Munich player Felix Uduokhai to Kasper Dolberg who completed the opportunity to open the scoring. Just before half time, Kasper Dolberg held the ball up, playing Amadou Traore into a good position to see him increase the lead.

Just after the break, Kasper Dolberg scored a second goal, combining again with Amadou Traore who played another long ball through to increase the lead to three goals. The final goal of the match came from another Felix Uduokhai error when the Dolberg and Traore combined for the fourth time to see the Danish international complete a hat-trick and complete a dominant performance from 1860 Munich.

“Amadou (Traore) and I knew each other from playing against each other in Ligue 1 and have enjoyed playing together since moving here at the start of the season.” said Kasper Dolberg. “We have worked hard training and I am glad to see it transition onto the field successfully.” he added.

Feliks & Jack: Lafont has been in absolutely unbelievable form.

J_ames & ScottT: The team has found its feet and are ready to go!

TheLFCFan: I had a score to settle with Dortmund, glad to beat them finally.

OneMoreGame: United will be a massive challenge but I am sure we can compete with them.
Login to Quote

Tango
3 months
Hello police, I'd like to report a hit and run situation, someone has just smashed a Volkswagen
Login to Quote

ScottT
3 months
Fantastic result! 1860 seem to switch to another level when playing in the cup this season.
Login to Quote

TheLFCFan
3 months
Great to see that Dolberg is really starting to step it up. That previous win over Dortmund will really give the confidence of going out and winning the semi now too.
Login to Quote

You're in great form, and appear to be unstoppable! Kasper is in sensational form, and hopefully it'll lead to some form of silverware for 1860 this season. Keep up the good work man.
Login to Quote


Another crop of youth players arrived into the 1860 Munich system with no particular stand outs amongst the group. 1860 Munich Head of Youth Development Manfred Paula is expected to have his position evaluated at the end of the season with his contract set to expire and the club not currently wanting to commit to an increase in his salary.

The Munich local is known for his fearless play as well as his outstanding dribbling and technique. The striker like a good prospect but will have to compete with 17-year-old Dominik Abesser who has already broken into the 1860 Munich squad as the third-choice striker.

Determined and hard-working, Apitz has a great opportunity at 1860 Munich with many believing that 30-year-old back up right back Herbert Paul will be moved on at the end of the season. The 16-year-old will have to work hard on his crossing with Daniel Bierofka known for expecting his wing-backs to produce chances for attacking players.

A supporter of 1860 Munich from a young age, Muller will face a tough time breaking into the set-up of his favourite club as he plays in a role not currently used by the club. Lacking both technical and mental skills, the winger is known for using his pace and acceleration as his main asset.

TheLFCFan: Dolberg has been an absolute revelation, he fits our system perfectly.
Login to Quote

J_ames
3 months
I think you're right in evaluating the HoYD, as this intake has suggested he's just not doing his job well enough. It's expected that Bayern will get the majority of talented youngsters from Munich, but it appears that they're getting all of them due to the incompetence/laziness of Manfred Paula. It's best to write this lot off, and hope for a better batch in future years.
Login to Quote

OneMoreGame
3 months
Really strange because some in some of my other games Munich 1860 is getting ONLY great talents, but not in your case.
Login to Quote

ScottT
3 months
Another far from fantastic intake. I have to agree that I think changes need to be made in order to increase the quality coming through the ranks.
Login to Quote

TheLFCFan
3 months
Yeah certainly need to look at a new HoYD. A side that is turning into a European contender needs to be able to produce much better talents.
Login to Quote 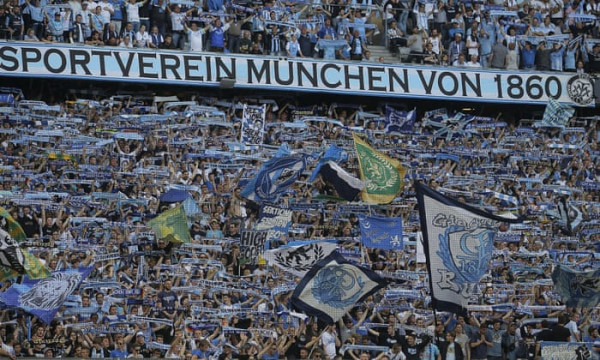 Manchester United travelled to Munich to face 1860 Munich in the first leg of their Second Knockout Round tie in the UEFA Europa League. It was the first time that the two sides had played against each other with it also being a big occasion for 1860 Munich right back Diogo Dalot who took on his former club where he played for five seasons.

It was a dream start for 1860 Munich when Kasper Dolberg sent fans into raptures, heading home a cross from Domagoj Bradaric in just the first minute of the match. 1860 Munich continued to surprise everyone while their fans continued to chant as they dominated play for the rest of the first half but were unable to increase their lead.

Coming back from the break, 1860 Munich fans continued to create an incredible atmosphere until the ground fell silent went a poor back pass to Alban Lafont from Marco Kana was intercepted with English Premier League leading goal scorer Mason Greenwood converting the easy chance. United began to dictate play until 1860 Munich earnt a corner with Svetozar Markovic heading the ball back across the goal to see Armel Bella-Kotchap take the lead and the victory as the fans continue to roar into the night.

“Tonight, was a match truly for the fans, this will be one they remember for a very long time, regardless of what occurs in the second leg.” said 1860 Munich manager Daniel Bierofka. “For our squad, we must move on and continue to focus on what is ahead of us and look to keep improving.” he added.

1860 Munich will head to Old Trafford next week and look to achieve what many considered the impossible and defeat Manchester United with the winner likely to face AS Monaco who hold a five goal advantage over Slavia Prague heading into the second leg.

Everyone: I had a look at some of the options available but with our current financial situation I really didn't have anyone in my price range currently.
Login to Quote

HOLY HELL GRIFFO, WHAT DID YOU JUST DO!?!? Kana can gtfo, but thank God for Domagoj, Kasper and Armel tbh. A goal in the second-leg to cancel out their away goal will put you in a great position, and I'm hopeful that you can do it!

ScottT
3 months
YES! What a result.
Login to Quote

TheLFCFan
3 months
That is quite the result there! Excellent!
Login to Quote