J_ames
5 months
Bierofka needs to sit Hack down and make him aware that he won't be leaving the club, unless for stupendous money. Great to see you overcome the adversity of having a man sent off, and I'm intrigued by this change of tactic. Keep up the good work!
1
Login to Quote

ScottT
5 months
Those away victories against Freiburg and Hertha following the two draws salvaged a tough month for the team.
1
Login to Quote

tedbro20
5 months
A great finish to the month after a thought start. Still looks like a European spot could be achievable this season as well if everything goes to plan
1
Login to Quote

Justice
5 months
The early-month form has been turned around quite nicely, it seems. February is going to be incredibly tough but you and your team seem to be continuously improving!
1
Login to Quote

Eoin97
5 months
Slow and steady wins the race! Some more consistency being shown now after a very tough start to the month
1
Login to Quote

OneMoreGame
5 months
Tough beginning of the month but nice ending and perfect mid-table position to attack the Europe spots.
1
Login to Quote

NTBgaming
5 months
What a story! Love reading this. Nice to see you settling in upper mid-table with a push for european spots! How do you determine the POTM every month, based on goals/assist and rating?

TheLFCFan
5 months
A tough month, but those are to be expected. Still a long way to go this year!
1
Login to Quote

Jack
5 months
That looks like one of the tougher months you're likely to have despite not coming up against Dortmund or Bayern. Lots of quality teams and to make it even more nervy an important cup clash!
1
Login to Quote 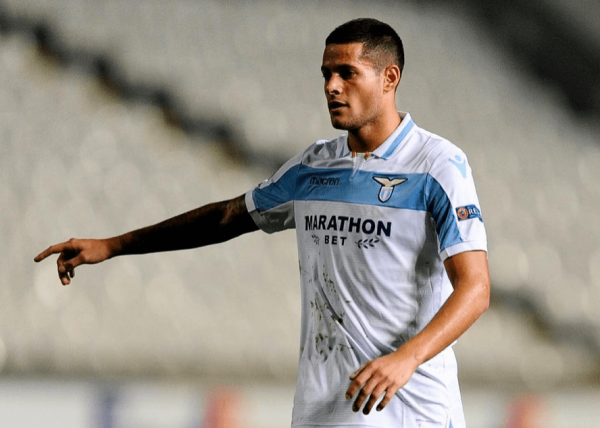 It was a wonderful start for 1860 Munich in the DFB-Pokal quarter final against Eintracht Frankfurt when Armel Bella-Kotchap got on the end of a free kick from Robin Hack to open the scoring in the opening five minutes. 1860 Munich would continue to dominate possession early in the first half, going on to score again when Pedro Porro was played through by Domagoj Bradaric to increase the lead to two goals.

From there, the match was all Eintracht Frankfurt, with striker Alessandro Rossi scoring a goal on either side of half time to bring the match level. Despite the best efforts of 1860 Munich to stop the slide, the comeback continued when Dejan Joveljic was left unmarked on the back post in the 85th minute, easily placing home a cross to give his side not only the lead but also the victory.

“It was incredibly disappointing to lose after having a two-goal lead, but it was a great effort from Eintracht Frankfurt to turn the game around, their fans were ecstatic.” said 1860 Munich manager Daniel Bierofka. “I am proud of our efforts in the competition of course, but very disappointed.” he added.

Eintracht Frankfurt will now go on to face Borussia Monchengladbach in the DFB-Pokal semi-final while in the other match up Borussia Dortmund will take on RB Leipzig who knocked out tournament favourites Bayern Munich.

J_ames: I have a love/hate relationship with Hack, just wish he would be more consistent.

ScottT, tedbro20, Justice, OneMoreGame & TheLFCFan: It was a very tough return to action from the break, I was truly concerned about having a long form slump.

Eoin97: That’s it mate, just build the house on brick at a time.

NTBgaming: Welcome NTB, thank you for the positive words. For my player of the month, I work out the player with the highest average individual match rating across the month.

Jack: Another very tough month coming up, that’s for sure.
Login to Quote

Jack
5 months
That's gutting! To have lost out so late on in the game is crushing as well. I hope it doesn't put doubt into your side for the next few games, I guess the focus now lays on the league!
Login to Quote

J_ames
5 months
Being gracious in defeat is the sign of a great manager, although I don't think Daniel would've been too calm in the dressing room after the game. Being out of the cup means you can focus on the league, so that's one positive at least
Login to Quote

Justice
5 months
One of those results where you just want to smack your head off a wall! Unfortunate to lose! If there is a silver lining, it’ll be that you proved just how good your team is in this cup campaign and you now have just the league to focus on!
Login to Quote