ScottT
8 months
Devastating. It wasn't to be though and Munich must pick themselves up and get back on the saddle.
Login to Quote

TheLFCFan
8 months
A tough loss for sure, especially holding a two goal lead. Need to bounce back quickly to put those memories behind you.
Login to Quote

Wolf
8 months
Very unlucky loss against Frankfurt, when you think you going for a good run the first game after always screws it up.
Login to Quote

After starting the month with a pleasing victory over rivals FC Augsburg, 1860 Munich suffered three consecutive defeats including a four goal loss against a Bayer Leverkusen side who went into the fixture without a manager in the clubs equal biggest loss under Daniel Bierofka, matching the 4-0 loss to the same side in the previous season.

In the final two matches of February, Musa Barrow returned to form after scoring just seven goals in the season so far by scoring a brace in the victory against Schalke 04 and a magnificent solo strike against RB Leipzig to seal a point in their best performance against the side since being promoted to the Bundesliga. 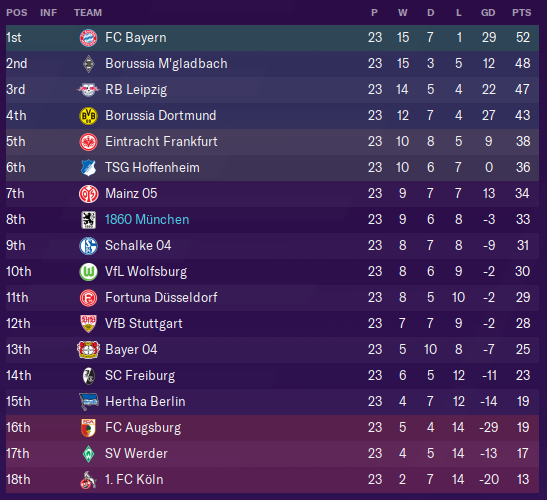 Bayern Munich put together a solid month of results to find themselves four points clear on top of the Bundesliga table with three months remaining in the season. At the bottom of the table, FC Koln have emerged as an early candidate for relegation after failing to win a match in their last eleven fixtures. 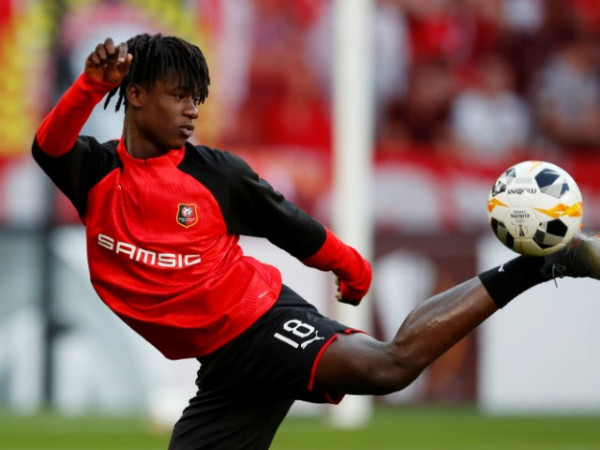 Performing well throughout the season, Eduardo Camavinga lifted his performances to another level in February. Making vital tackles and interceptions throughout the month, the 20-year-old also scored his first goal for 1860 Munich against FC Augsburg before adding another to his tally against Bayer Leverkusen.

The Congolese national captain has proven to be an incredible talent, it will be interesting to see how he is utilised by 1860 Munich manager Daniel Bierofka moving forward.

After straining his neck in training, the 32-year-old defensive midfielder is set to miss one to two weeks.

After two months of fixture congestion, 1860 Munich will only be required to play three fixtures against mid-table sides in March. Starting with an away fixture against VfB Stuttgart, 1860 Munich play two home fixtures in a row against TSG Hoffenheim and VfL Wolfsburg.

swanny8589: A special welcome back to you mate!

Justice
8 months
Safe from relegation it seems. If you can keep putting points on the board, you might even sneak a European spot!
Login to Quote

Jack
8 months
Some heavy losses either side of your cup loss, overall you handled yourself well among some very challenging opponents!
Login to Quote

ScottT
8 months
It's been tough lately but a victory against Schalke followed by a point against Leipzig to find yourselves in eighth at this point in the season? Plenty to be pleased with.
Login to Quote

J_ames
8 months
Good wins against Augsburg and Schalke, and the draw against Leipzig is nothing to scoff at either! My attention had immediately been drawn to the Bayer result, but that was merely a blip it appears. Europe is still within arms reach, and 2 of the 3 games coming up look like winnable games. Good luck

OneMoreGame
8 months
Next month will be crucial as you're playing only teams around you and if you get the right results will be perfect!
Login to Quote

Eoin97
8 months
Europe is on the cards if you play them right! And I knew Camavinga would be a huge coup for Bierofkas side.

TheLFCFan
8 months
At least you will have time to get the players training with some rest between games now. That could really help with your push to the European spots.
Login to Quote


The influx of youth into the 1860 Munich system in 2023 left a lot to be desired. The top three prospects from the group all appeared to be poor in comparison to the likes of Christian Schmidt, Dominik Abesser, Mehran Rahmati and Mutlu Yagan who have all shown great potential during their time in the system and likely to break into the first team squad within the next one or two seasons.

The best prospect from the entire group, Burkhard finds himself in a tough position playing in the same position as Christian Schmidt who is seen as the best youth prospect to come through the club in the past five years. Burkhard greatly lacks in technical ability and strength with his lack of tackling ability a large concern as a left back.

A local prospect who has supported 1860 Munich from a young age, Borchert is a resilient defensive midfielder who is your ultimate team player but currently lacks both physical and technical skills. 1860 Munich staff were impressed by his determination and teamwork but concerned about his overall game sense and vision.

An attacking midfielder with good touch and technique, the 1860 Munich staff have identified his lack of ambition as a grave concern for the development with 1860 Munich head of youth development Manfred Paula even unsure as to whether he would stay playing football in the immediate future.

Jack: The worst loss during my tenure with 1860 Munich, I certainly didn’t enjoy it.

ScottT: I am certainly happy with the season so far, no doubt.

OneMoreGame: I identified March as the key to my season a few months back, hopefully we can find a good run of form.
Login to Quote

Feliks
8 months
Iffy youth intake there for sure.
Login to Quote

ScottT
8 months
Burkhadt may have a future in the game but certainly not at 1860 in the long-term I don't think.
Login to Quote