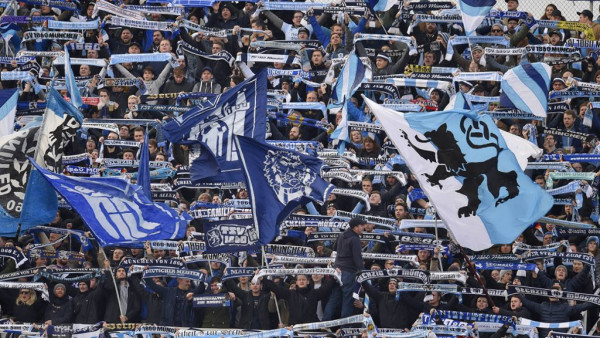 Fans of Die Löwen will see their club play in the Bundesliga for the first time in seventeen years
• 1860 Munich sealed the title by winning four of their last five matches
• The club has received €16,600,000 for finishing second in Bundesliga 2
• After back to back promotions, Daniel Bierofka is expected to be pursued by clubs across Europe

The dreams of 1860 Munich fans has come to life as they have defied early season expectations of relegation to seal an unbelievable promotion campaign. The race for promotion went down to the very last match of the season in Bundesliga 2 with 1860 Munich capitalising on a 1-1 draw from rivals FC St. Pauli with a 1-0 win to secure promotion to the top flight for next season.

Heading into the final round, both teams were on 63 points with FC St. Pauli holding a five-goal points difference advantage which saw them in the box seat against 15th placed VFL Osnabruck. Christopher Buchtmann scored for FC St. Pauli in the 17th minute to take control of second place and automatic qualification but 1860 Munich responded by scoring against Holstein Kiel in 19th minute of their game, courtesy of a placed shot from Osei Owusu.

Both promotion rivals went into the half-time break with a 1-0 lead over their opponents, but this would be short lived with VFL Osnabruck defender Benedikt Rocker heading home a corner against FC St. Pauli to give the advantage back to Die Löwen. There were some heart stopping moments in both games in the final minutes, including an almost own goal from VFL Osnabruck which would have sealed promotion for FC St. Pauli but at full time it was 1860 Munich who held onto a 1-0 victory to seal their promotion to Bundesliga.

“This is beyond my wildest dreams, I feel like this cannot be real.” said 1860 Munich captain Felix Weber. “The efforts from everyone at this club from top to bottom, every individual has worked so hard through the highs and lows to achieve this today.” he added.

All is not lost for FC St. Pauli, they will face Fortuna Dusseldorf in the Bundesliga/Bundesliga 2 play-off to see who takes the final place top tier of German football in the 2021/22 season. 1860 Munich will now prepare to face the best clubs in German football, including their bitter rival FC Bayern Munich.

TheLFCFan
1 year
The final promotion party! Next up that league title party! Congrats on a great season once again!
Login to Quote

leckuno
1 year
Excellent finish to the season. Now to rub shoulders with the big boys
1
Login to Quote

ScottT
1 year
Get in! Next season should be an exciting one. A return to the top-flight has been long in the making for these supporters I bet, irrespective of the tumultuous times in recent years.
1
Login to Quote

Jack
1 year
And we're back! First consolidate, then a return to Europe methinks

Relive the spirit of that 2000 season.
1
Login to Quote

Starting with a devastating 3-0 loss against relegation threatened 1. FC Kaiserslautern, 1860 Munich manager Daniel Bierofka altered his tactics to take a more conservative approach into the final two fixtures of the season.

It was a move which proved to be productive, securing two consecutive 1-0 victories over VFL Osnabruck and Holstein Kiel to finish the season and secure promotion. 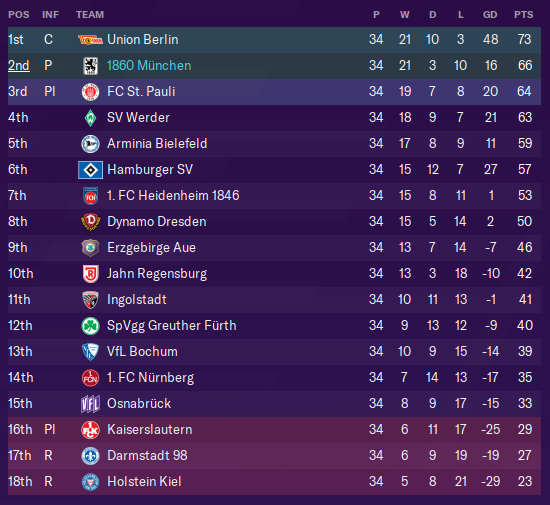 1. FC Union Berlin ran away comfortable winners of Bundesliga 2 with a seven-point margin over 1860 Munich while FC St. Pauli will play off against Bundesliga Fortuna Dusseldorf to see who plays in the top flight next season.

At the bottom end of the table, both SV Darmstadt 98 and Holstein Kiel find themselves relegated to the 3. Liga while 1. FC Kaiserslautern will face SV When Wiesbaden in an attempt to retain their place in the division. 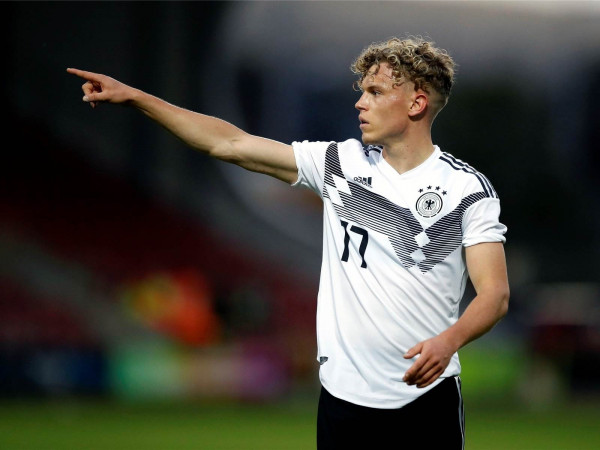 Finishing off a stellar season, Robin Hack continuing to be a thorn in the side of opposition defences, making effective runs to free up his teammates while also producing clinical passes.

A lot of pressure will be resting on the shoulders of the 22-year-old, with many pundits believing Hack will be the key to surviving relegation next season for 1860 Munich.

ThLFCFan, leckuno and Justice: I am excited to go up a division and cause some upsets

ScottT: The fans would be no doubt beyond excited to be back where they belong

MJK46 & Jack: You have summed up my plans in both your posts haha
Login to Quote

ScottT
1 year
A truly beautiful sight that table, isn't it. Although it's a shame to see Darmstadt go down.
1
Login to Quote

MJK46
1 year
Super sad to see Darmstadt they are a pretty cool club. Hopefully St. Pauli gets fucked in the playoff
1
Login to Quote

Justice
1 year
The promotion is massive. Absolutely massive. Derby days against your local neighbours will be thrilling in what will undoubtedly be an exciting year. Time to keep pushing forward. Relentlessness is how to succeed.
1
Login to Quote 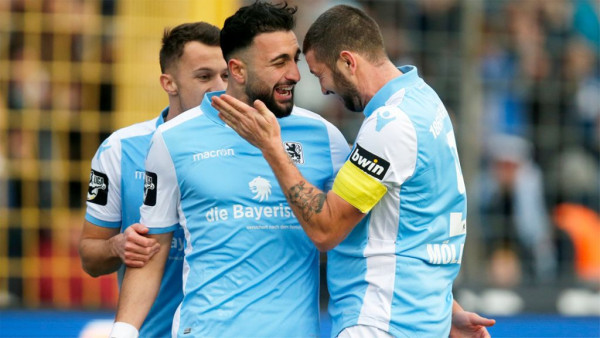 Ever present in the 1860 Munich midfield, Efkan Bekiroglu took his game to another level during the season to help guide his club to a second promotion in as many years. Contributing six goals and five assists, the main impact had by Bekiroglu was through his incredible passing alongside a high work rate both on and off the ball.

A number of suitors have emerged for the 25-year-old after his stellar season but it is hard to imagine the spirited midfielder leaving Die Löwen. 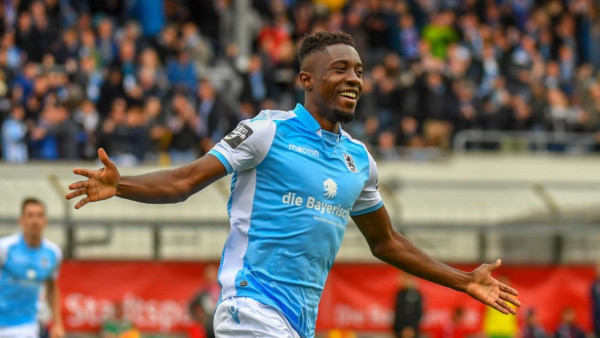 Despite suffering a few injury setbacks throughout the course of the season, Osei Owusu carried his form from the previous season in 3. Liga, scoring 13 goals in 28 matches.

It will be a tough decision for 1860 Munich manager Daniel Bierofka as to whether he will continue on with the Ghanaian striker or look at bring in someone more experienced in top flight football. 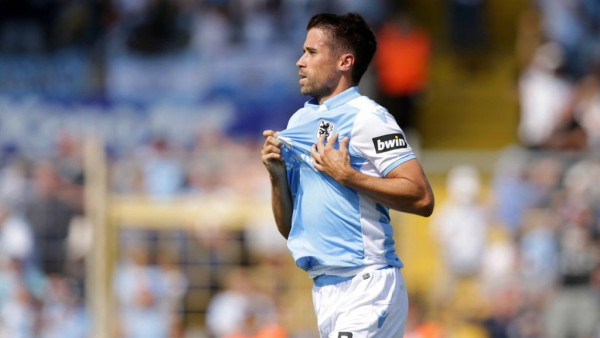 A fan favourite amongst 1860 Munich fans, Stefan Lex used his experience and guile to provide seven assists throughout the season while also scoring an impressive ten goals.

Despite his strong performances, the club have chosen to let the 31-year-old leave on a free transfer as they look to blood a number of talented young wingers in their ranks. 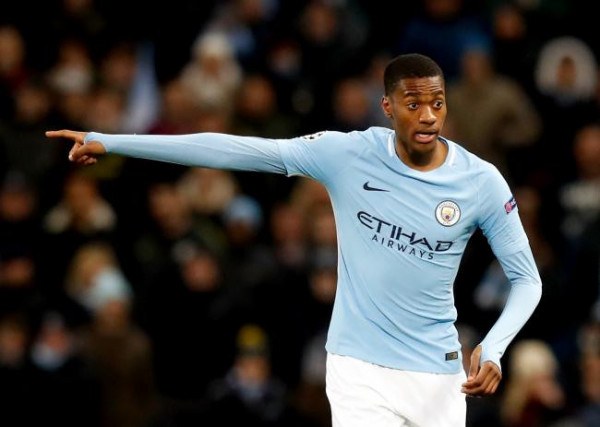 Arriving on loan from Manchester City, Tosin Adarabioyo made an impact in the heart of the 1860 Munich defence. His confidence grew throughout the season, seeing him become one of the leading players in his position in the competition.

ScottT & MJK46: SV Darmstadt going back down to 3. Liga is pretty sad after being in the top flight around five seasons ago

Justice: Really excited to see what we can do next season
Login to Quote

ScottT
1 year
Some big decisions will be needed for the season ahead. Due to the rapid rise of the club, a lot of these players will simply not cut it in the top-flight and with money likely to be tight, it's certainly going to be a challenging season. With Lex out the door, it shows that Daniel isn't afraid to make tough decisions. Can Owusu cut it? I guess we'll see. Bekiroglu was a revelation this year and I think he'll had some success next season.
1
Login to Quote

Jack
1 year
That table is testament to the hard work being put in by yourself at 1860. A real shame to see Adarabioyo taking what is now a step down from 1860 to play in the second tier - or maybe he just knows his level

TheLFCFan
1 year
Osei making the impact again this year, I wonder what he is going to do next season. Hopefully he can make a mark at the highest level! A shame to lose Tosin with his move going through, lets hope he can be replaced appropriately.
1
Login to Quote